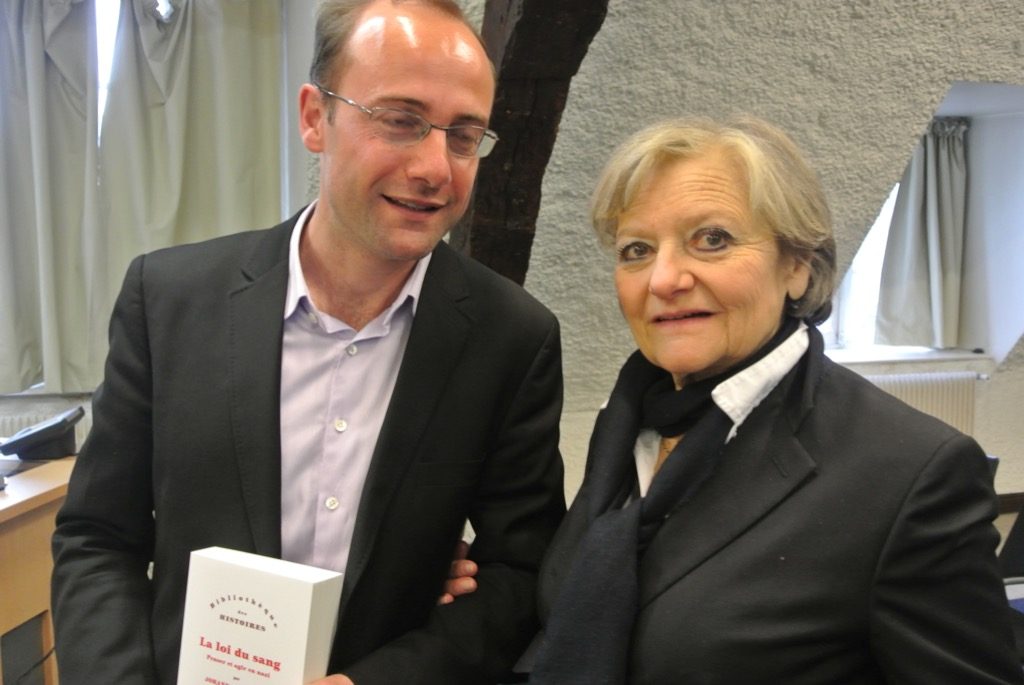 « Nazis liked neither philosophy nor politics, so it is rather pleasing that you should honor me today with the Emile Perreau-Saussine Prize for Political philosophy » stated Professor Johann Chapoutot at Sciences Pô, the Political science University of Paris where late that afternoon Kofi Annan was also giving a talk. His latest book, « La Loi du sang » (Gallimard) has a subtitle : To think and act as a nazi. Chapoutot who teaches at the Sorbonne was introduced by Pierre Manent, a great intellectual himself, who spoke in such beautiful French in front of a remarkable jury of professors and journalists. This is not « yet another book about the Nazis, it is the meticulous study of how the people of Germany, who felt threatened by an outside enemy, were feeling they acted in legitimate defense.”

The book studies how the Nazis formulated and legitimised their acts. It is a very new point de vue written clearly, elegantly and in a sober way by someone who spent his (short) life reading and writing about Nazi Germany. It is the subtle use of antiquity by the elites and hatred of christianism, which he believes, is fundamental to the establishment of nazi power.
Emile Perreau-Saussine (1972-2010) taught History of political thought at Sciences Pô in Paris and at Cambridge University. He was a Catholic thinker and died at 38 at the height of his career. His last book, « Catholic thought in a Democratic age » was published by Princeton University Press. This literary Prize (the fifth, this year) is given by his mother Marie Christine Perreau-Saussine to an exceptional thinker under the age of 40.