I first heard the curator of the show, Marylène Patou-Mathis on France culture radio station one morning and she sounded so fascinating on the topic of the Neandertal people that I rushed to see the show at Musée de l’Homme. This specialist of the era, is adamant at defending the humanity of these people too often considered as primitive and brutal. 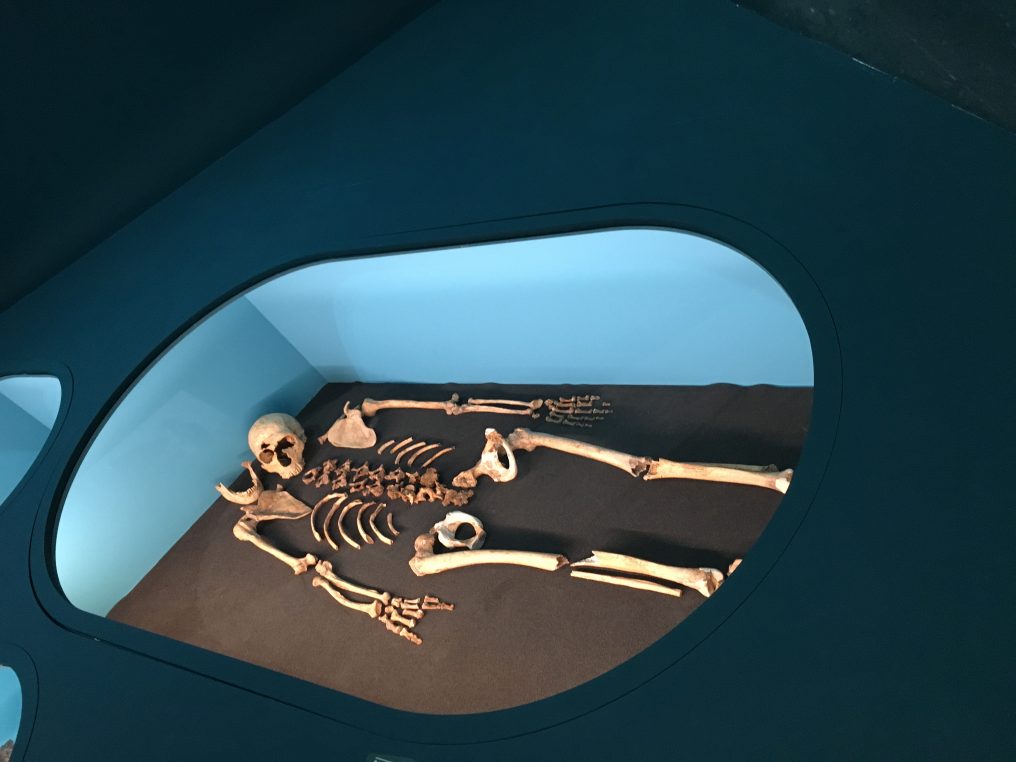 Discovered in the valley (thal) of Neander in Germany, in 1856, a skull dating from 350 000 years bc disturbed our scientific community. With the help of DNA, many preconceived ideas have been recently changed. Very rare fossils, tools, artifacts and precious stones, diggings of tombs, x rays of bones are here to change our understanding of these men. 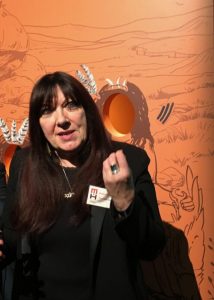 Marylène Patou-Mathis, the extraordinary curator of the show

The curator has found that Asians and Europeans have inherited 1 to 4% of their genes from them. This is not the case of Africans. An electronic family tree is available in the exhibiton where everyone can track their Neandertal genes. This tree is also illustrated by the genius comics artist, Jean Paul Guigne author of « Silex and the city » on Arte channel.

She also found out that they had arthrosis, that they knew how to cure broken ankles, that they sculpted eagle or swan bones. They used medicinal plants and buried their deads. Eight skulls have been assembled here from all over the world and moulded foot prints found in the Cotentin, are also shown with a skeleton dating from 54 000 years bc.

They were nomad hunters and pickers. They lived at the time of Homo Sapiens in the Balkans and Central Europe during many thousand years and probably mingled with them. In the glaciary times but also in milder periods. Their habitats were grottos not caverns and one of their camps was found near Poitiers at a site called La Folie. Fourteen animals that they hunted have been recreated by an artist. They ate mostly meat but also wild plants, shells and sweet water fish. 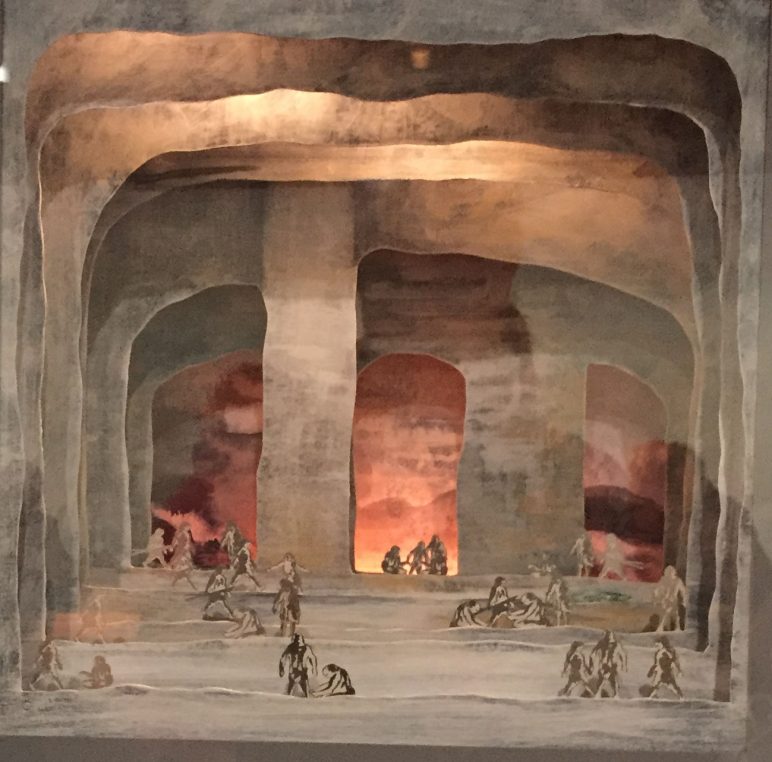 Gilles Nicolas, Diorama of the grotto “abri Romani”, in Spain

Physically, they had a larger skull than us, with a forehead that partly oceverd the eyesand hardly nay hcin. Shorter than us, they had short legs and long arms, robust bones and solid muscles. Their weight was an average of 72 kgs. A light skin and some red or auburn hair. A Neandertal lady is recreated in the show, dressed in Agnès B, and she looks strangely familiar… Enough has been found in their genome to prove that they communicated orally wiht each other.

A series of paintings and contemporary objects and films, show how the public has imagined the Neandertal in the 19 th and 20 th centuries. But also, a series of shells, animal teeth, feathers and bird claws show that they has an art of jewelry as well as coloring powders for painting skins and bark.

Today, the disappearance of the Neandertals is still unexplained. A number of scientists try to give an explanation in five little cabins where you can sit and listen. Was it the climate or competition with Homo Sapiens? Diseases or demographic decline. Scientists are constantly searching. 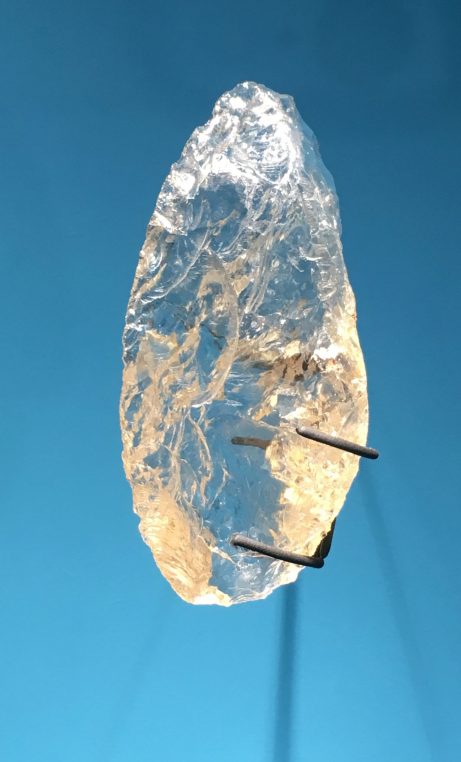 The exhibition is very cleverly organised with videos, drawings, scientists’ interviews and statues. And Marylène Patou-Mathys’ book on  “Neandertal from A to Z” can be acquired at the bookstore to further the visit… Until January 7, 2019. A film is shown on Channel 5 “Who killed Neandertal” on Tuesday, April 10.