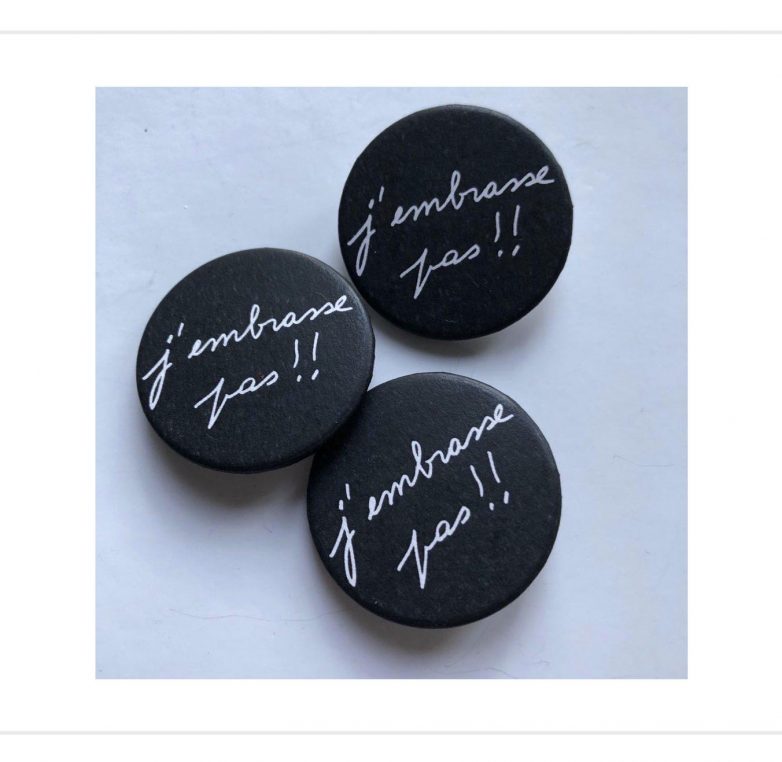 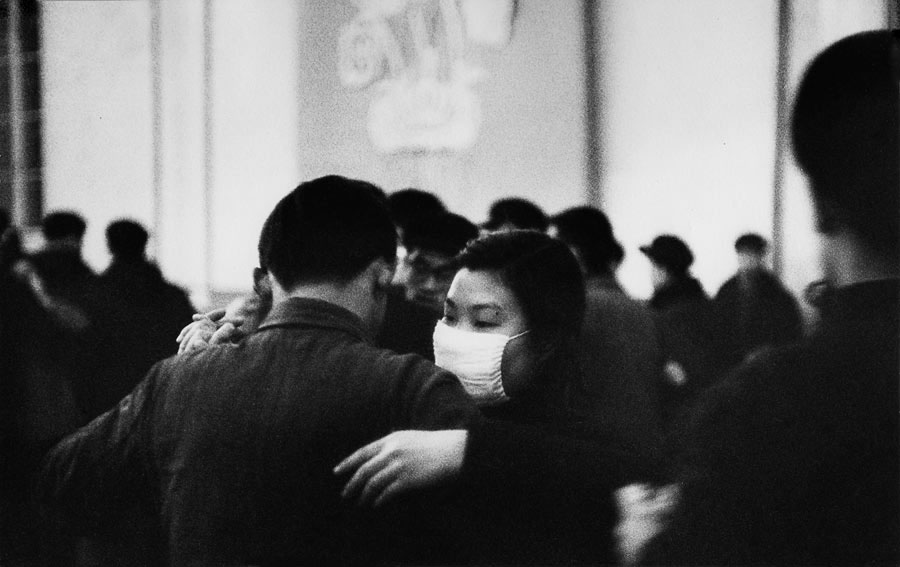 The great advantage of this Pandemic (if any), is that everyone calls each other and speaks out. And the greatest news of the day is the publication on March 23 (yesterday) of Woody Allen’s Memoirs: “Apropos of Nothing”. I remember Woody announcing to me in 1987, that Mia was pregnant. He was stunned at the time because she had supposedly been told by her gynecologist that she could not have children anymore… Anyway, it seems that the truth will at last be heard and this is thanks to Jeannette Seaver, the publisher of Arcade books, which was from 1988 until the death of its founder Dick Seaver in 2008, one of the greatest small publishing houses in New York. I met them very early on, because Jeannette is French and she always had a weakness for our country. Arcade editor Jeannette Seaver said in a statement: “In this strange time, when truth is too often dismissed as ‘fake news,’ we as publishers prefer to give voice to a respected artist, rather than bow to those determined to silence him.”

Richard Seaver made himself a name for publishing Beckett and Ionesco first in the United States in the Merlin quarterly braving the then censorship. He went on to publish Genet, Pinter and Miller at Grove Press. It makes so much sense that Woody Allen should now be published by Jeannette, at a time when Maccarthyism has resumed in the US (as Woody calls the MeToo movement). It seems that “Apropos of Nothing” cannot be ordered in France yet. So if you find a copy, please send it to me… And for the time being I will have to be happy with the page six excerpts sent by my dear friend Charles Kaiser. 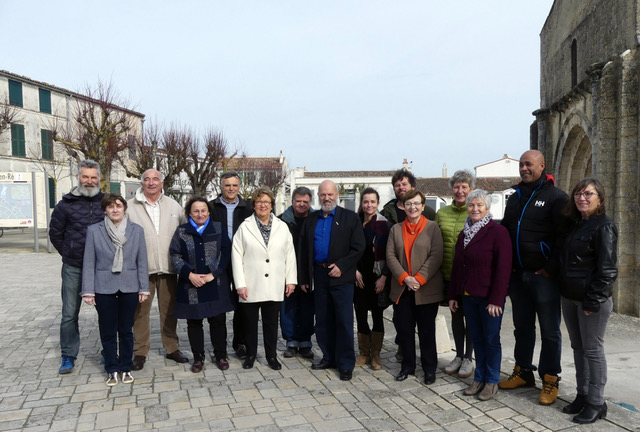 The winning team in Ars-en Ré with 63% of the votes, the mayor Danièle Pétiniaud-Gros (in white), and Jérôme in beige, leading the list  “Fiers d’Ars”

Thank you to all of you who have expressed thanks for last week’s column on Hélène Rodocanachi, 105, who now says: “I would  rather die of the Coronavirus than die of boredom…” In France, most families have fled Paris for the country or the sea shore. My friend Jérôme, who was successfully elected in Ars-en-Ré with the new mayor Danièle Pétiniaud-Gros, describes the fury of the locals of this protected island, over the invasion of Parisians, who all bring the virus with them and ramsack the supermarkets.  Same thing at l’Ile d’Yeu and at Belle-Ile which have closed the ferry to all non residents.  A cousin, Candelita, has successfully relocated her mother, children, grandchildren, boyfriends and fiancées, in Normandy, in different little cottages with no communications with each other, but she can still watch the children play on the lawn from her window. One person is designated to go out shopping for everybody.

In Berlin, everyone is leaving town, photo Philippe von Klitzing

In Mexico, galerist Nina Menocal publishes in her blog her daily walks in the park of Chapultepec. In Santa Barbara, my niece Elisabeth, a refugee from Shanghai, is getting ready to deliver her third child. In New York, Lynn, who has never cooked in her life is cheerfully surviving on take out while in Oxfordshire, Alicia is cooking twice a day for her family of seven! In London, girlfriends are frantically going to the hairdresser before it is too late. In Moscow, the quarantine is active as it is in Brussels and in Montreux, where only the birds are having a good time on the lake. 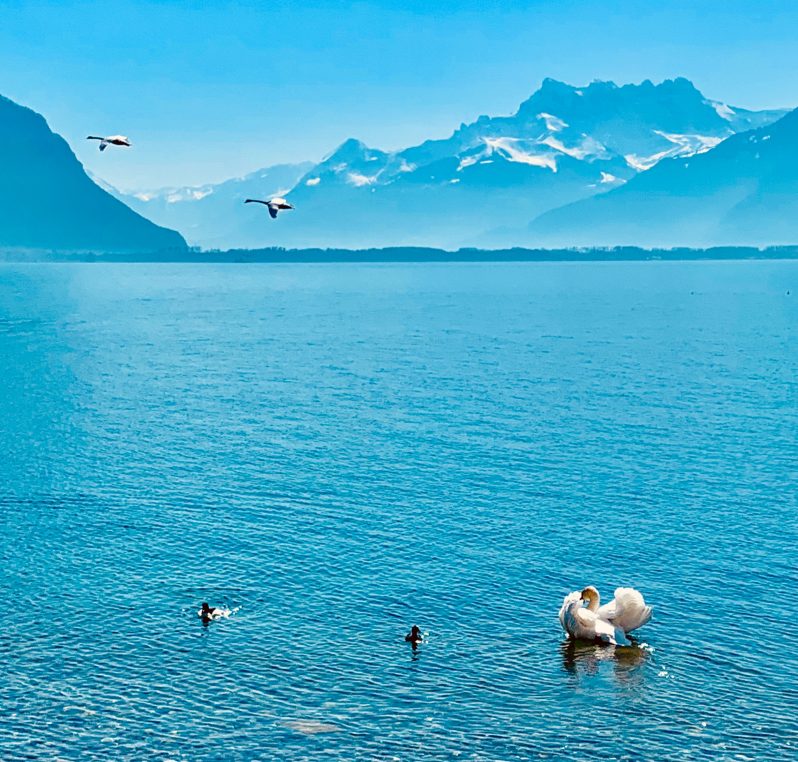 The birds are enjoying a quiet moment on Lake Léman in Montreux, photo Valérie Corbett

So far, the cases I heard of, were all of active businessmen, who travel all the time and socialize a lot. A few victims of the Maastricht TEFAF, have fever. In France the core of the disease, came via the military base of Creil, north of Paris, where the planes landed after rescuing French citizens from Wuan in February. But the major peak came from a meeting of “La Porte ouverte Chrétienne” (Christian Open church) an Evangelist church in Mulhouse, which organized a meeting for 2 500 people from all around France and neighboring countries, on the week of Feb 17-24. As a result Alsace is under huge pressure and military hospitals have been added to this new “war zone”. 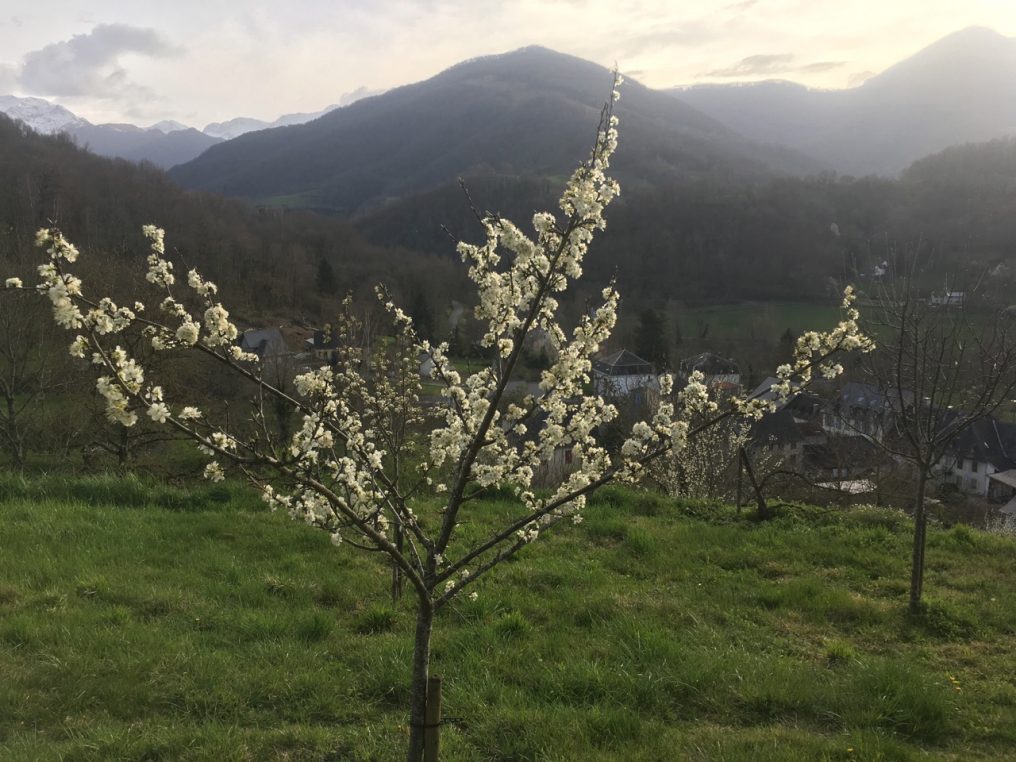 In Castillon en Couserans, the Pyrénées have a protective presence, photo Mélanie Ducaroir

Christian Louboutin, whose exhibition was a huge success for the first ten days of its existence at Palais de la Porte Dorée, is safe in Comporta, Portugal, drawing away his new collection. My lovely gardener Mélanie, crossed France to the Pyrénées and only encountered 15 cars in her 8 hour drive to Castillon-en- Couserans, where nature and beauty have taken over the disease. Sadly, attending funerals is not allowed anymore and the owner of Vaux-le-Vicomte, Comte Patrice de Vogüé, 91, has passed away discreetly, after having opened the castle to the public in 1968 and entertained the whole world for so many decades. 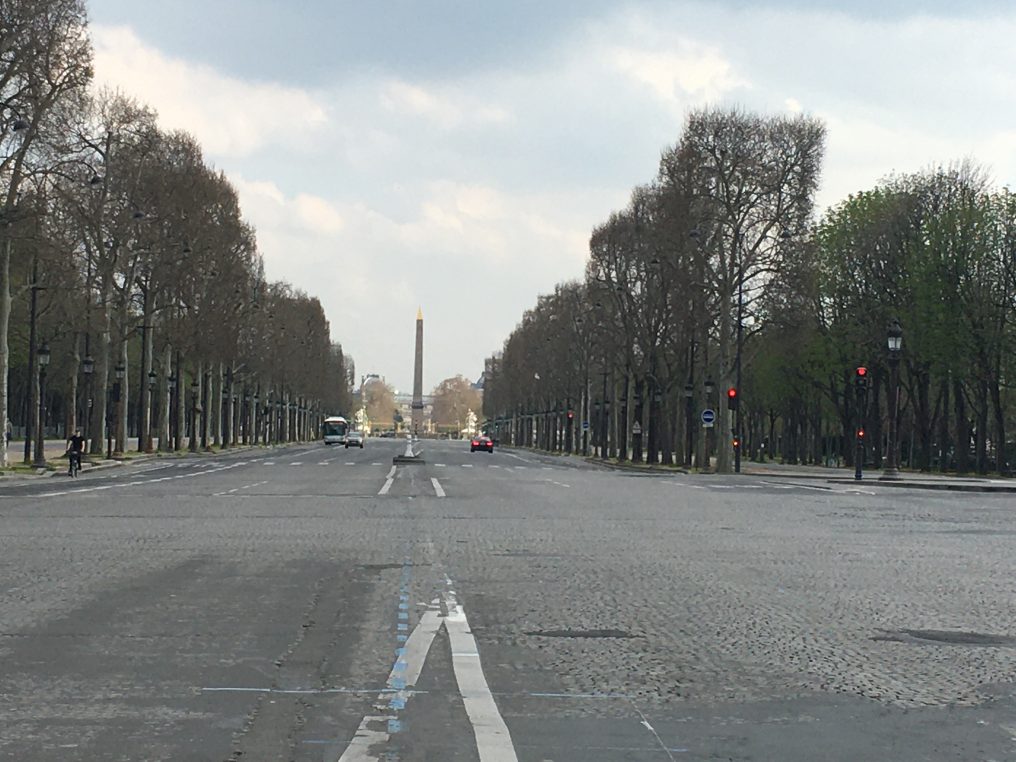 In Paris, I went for a walk in the gardens of the Champs Elysées, past the Allée Marcel Proust, where a Sequoia sempervirens from California, given by the People of America, has been planted in 1989. The primroses that surround it smelled wonderfully and suddenly Friendship between our two countries took a more profound meaning with these signs of nature being stronger than the circumstances. 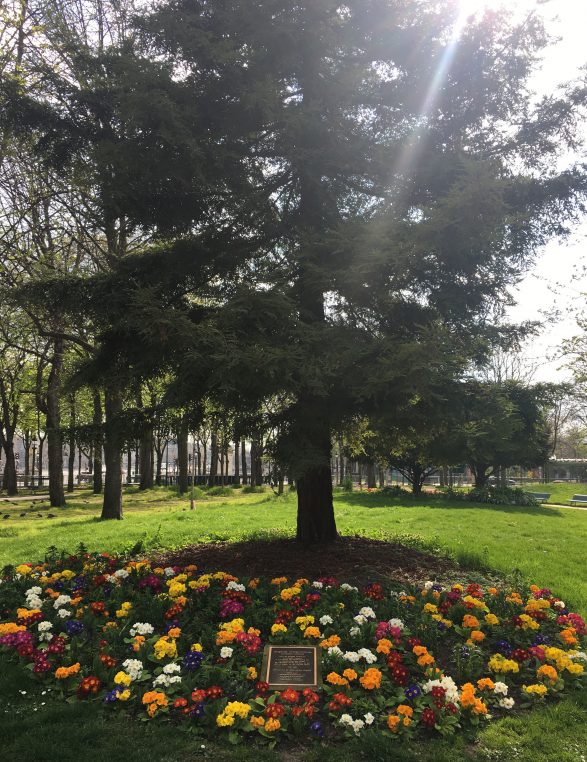 In Berlin, Rome, Boston, photos all show the same emptiness and silence. In the countryside, everyone cooks and tries to entertain the children. Families are split between locations. Pregnant women are left alone to deliver their babies and fiancés are separated. 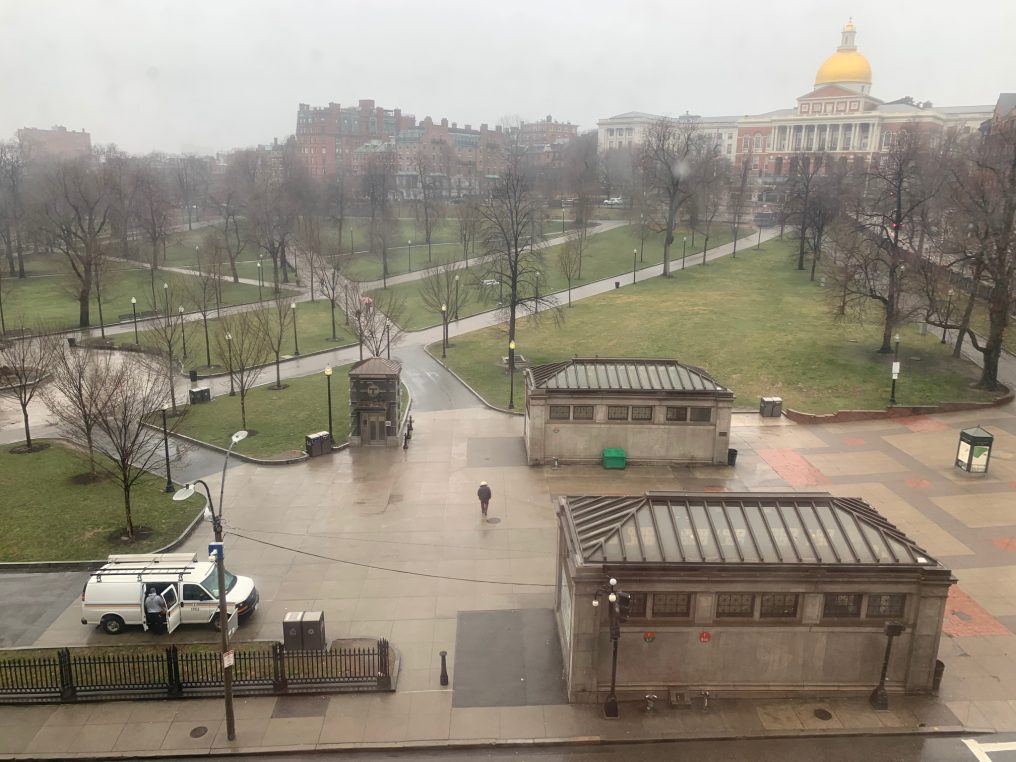 In Palermo, the fish monger sends videos of his fish (from Trappani) to his favorite clients to entice them to come out an buy. I hope that you are all safe and confined with your favorite books and food!

3 Comments on “News from around the world”