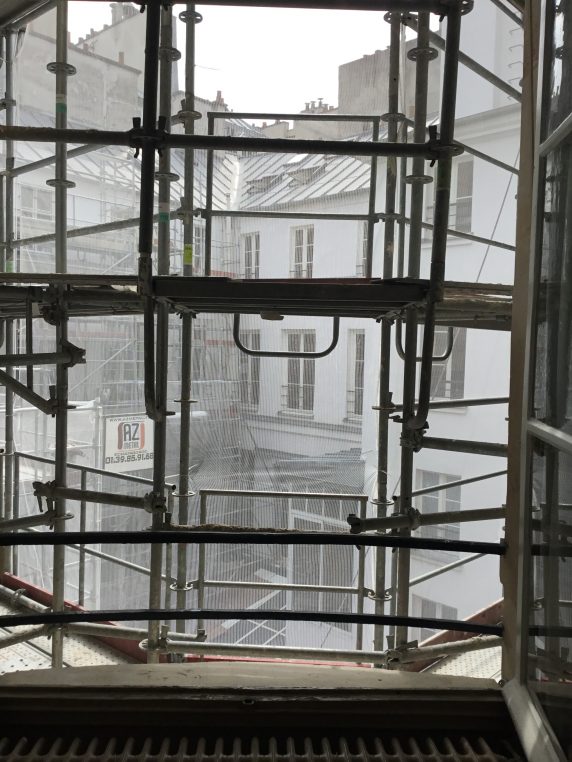 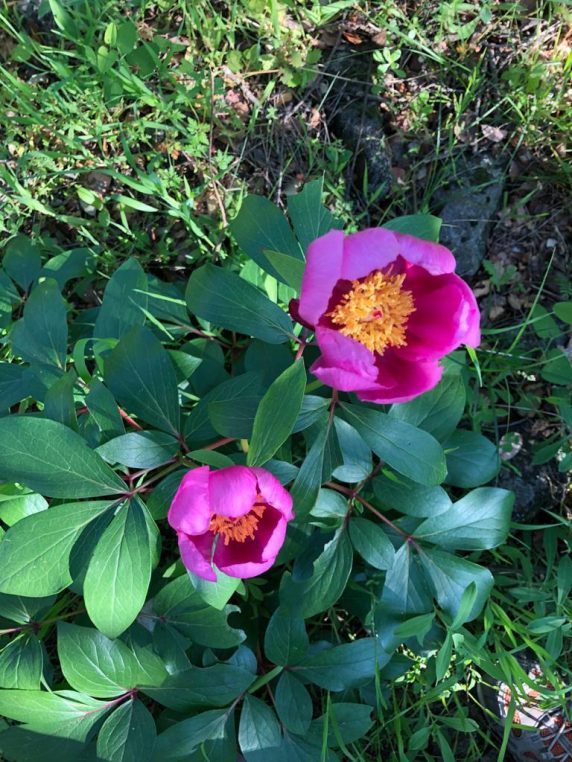 The greatest event of the week has been the delivery of flowers from a friend who is happily doing her garden in Arcangues, near Biarritz and decided to share her joy of Spring with her Parisian friends. She had bouquets delivered to all of them around the city… what a brilliant gesture! The saddest news is to see that Le Figaro’s obituary page on Fridays, has grown from two to three pages… A real shock. Of course, most people were very old but it is a concrete sign of the increase of deaths in France which now amount to over 15 000. 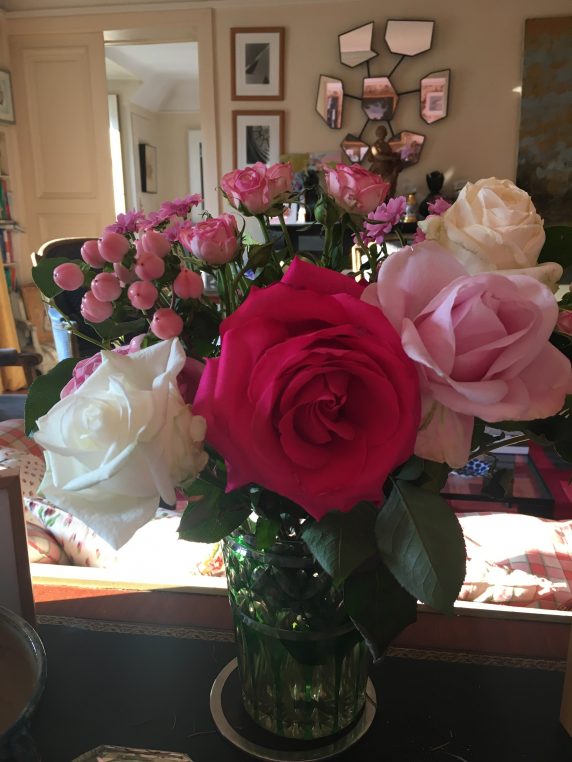 Many thanks to all of you who sent pictures of their gardens and have tried our recipes and appreciate them. I cook every day so I can try them out before printing… I loved reading in the paper that LVMH and L’Oréal were making antibacterial gel in their factories with volunteer workers… Peugeot makes respirators for the hospitals with Air Liquide while St James, the famous striped t-shirt manufacturer from Brittany, makes washable masks. And Decathlon gives out scuba diving equipment as respirators.  It’s a nice way to keep the staff busy. 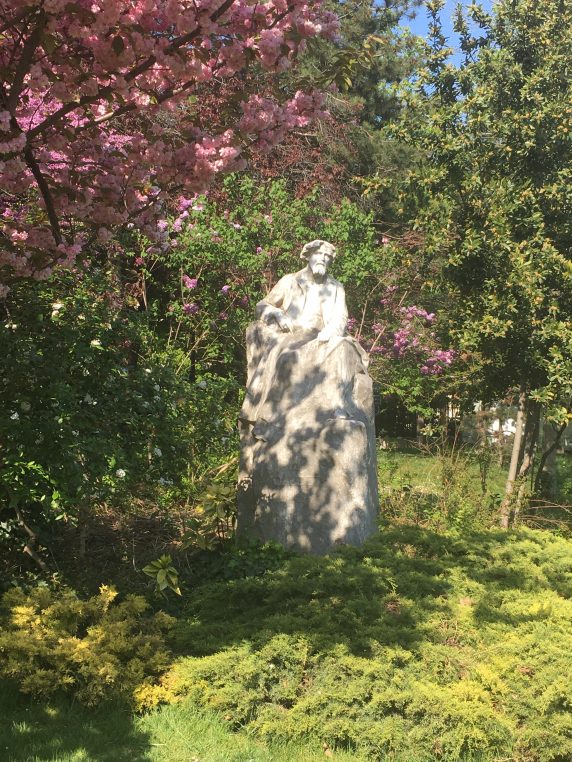 René de Saint Marceaux, Alphonse Daudet in the gardens of the Champs Elysées

My daily hour long walk in a perimeter of 1 km around my house enables me to go to the Champs Elysées. The gardens are now off limit but there is a smooth way of getting around the gates. And I noticed for the first time, and only because the cherry tree around it was so pink, a statue of Alphonse Daudet by René de Saint Marceaux, an artist born in a champagne family in Reims, who became one of the sculptors active at Ferrières, the Rothschild’s castle east of Paris and left a few sculptures of Alexandre Dumas fils whose tomb he designed at cimetière Montmartre. 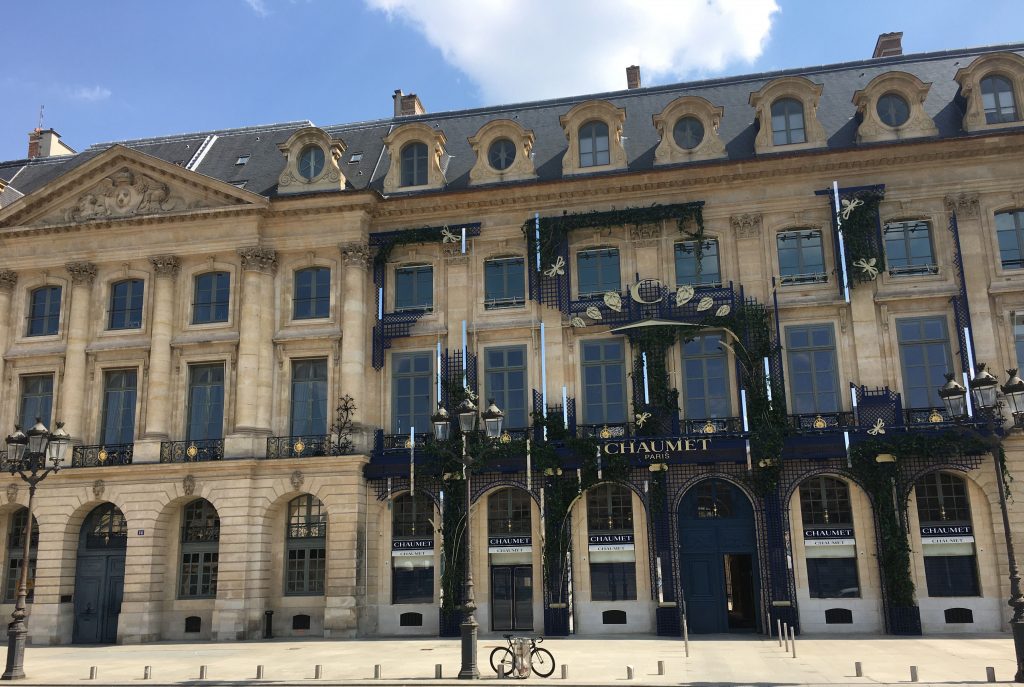 Notre Dame de Paris was reopened for a televised ceremony on Good Friday to celebrate the Crown of Thorns rescued from the flames. This was more like a theatrical performance by French actor, Philippe Torreton and violinist, Renaud Capuçon, than a religious moment. But it was nice to see some of the paintings and stained glass windows again. 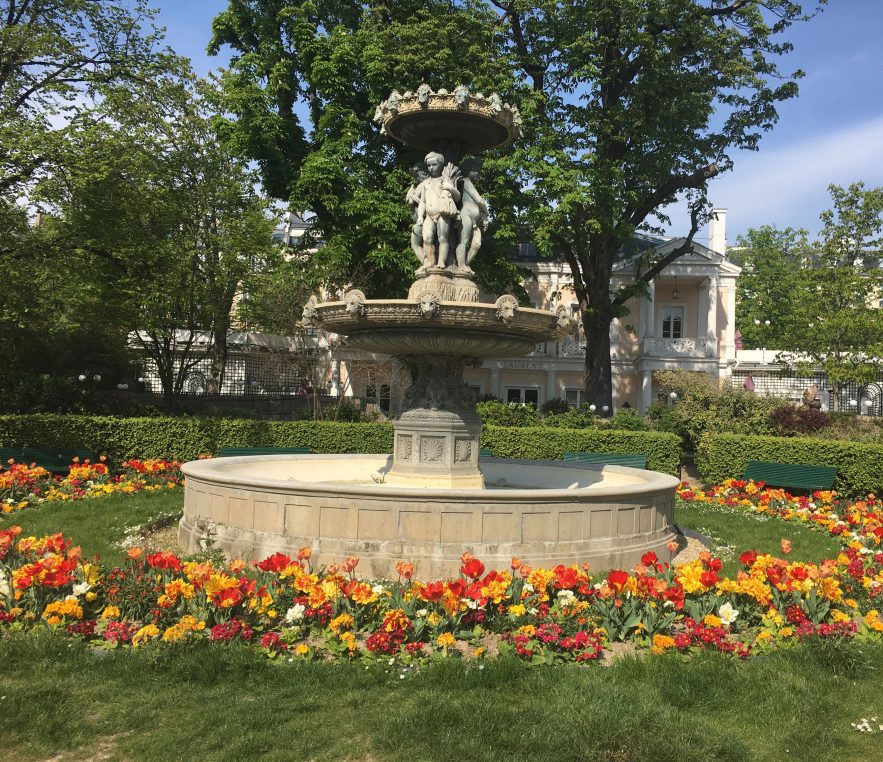 In front of restaurant Laurent, the fountain of the Four Seasons by Jacques-Ignace Hittorff with early tulips

I went walking around place Vendôme where it felt strange not to see any activity at the Ritz, no luxury cars, no high heel ladies. Morgan bank was the only door open and Chaumet next door had disguised itself with a horrible vegetal decor… to celebrate (last February 26) the reopening of its shop and 240 years of activity… 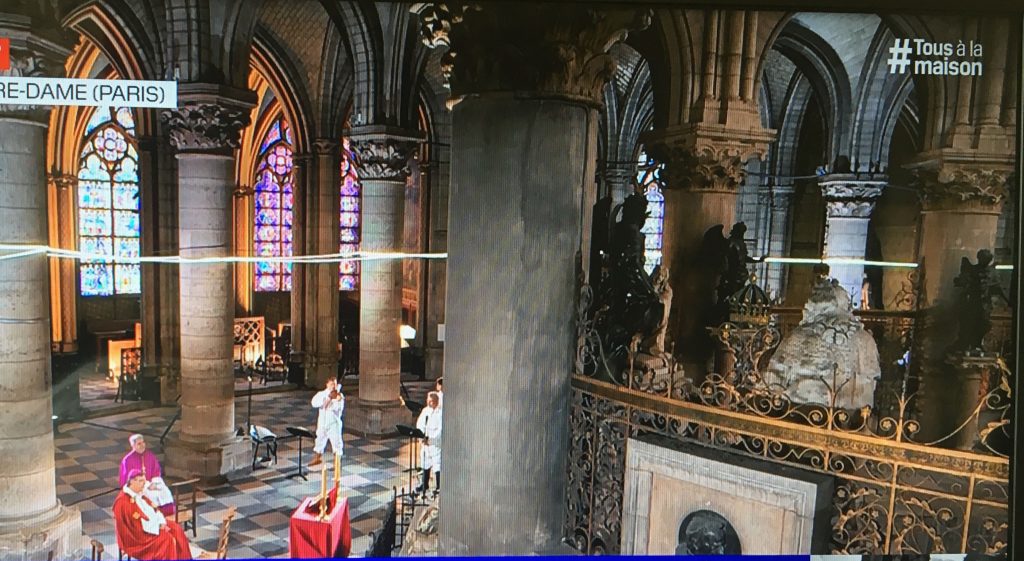 Weddings are being postponed to the autumn and summer leases are canceled. A whole new economy is settling in surreptitiously. There is hardly any mail but tax forms manage their way through… My first wisteria flower is blooming on the balcony and I compete on a daily basis with my sister’s wisteria in the country. 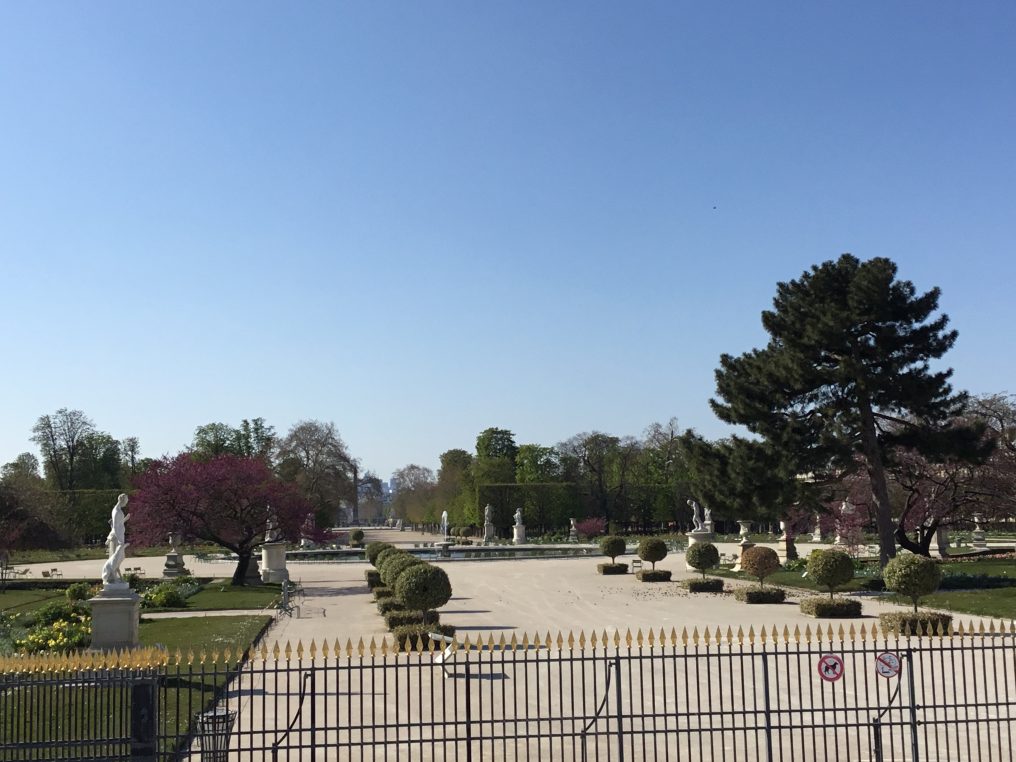 The Tuileries gardens with their famous statues, photo Willem Mathon

In the middle of all the newsletters advertising their free programs, operas, plays, readings, one carried a relaxed and reassuring voice almost a paternal one aimed at its thousands of members : Le Bulletin des Amis du Louvre online, where Louis-Antoine Prat, its President, taped a charming message from his door step: “A museum which is not visited is a dead museum”…

Please send me your news and your recipes, it looks like we still have at least a month of confinement to go until May 11 th, the new official date given by Emmanuel Macron last night. And many more weeks for  Transatlantic flights unfortunately…

12 Comments on “News from confinement”