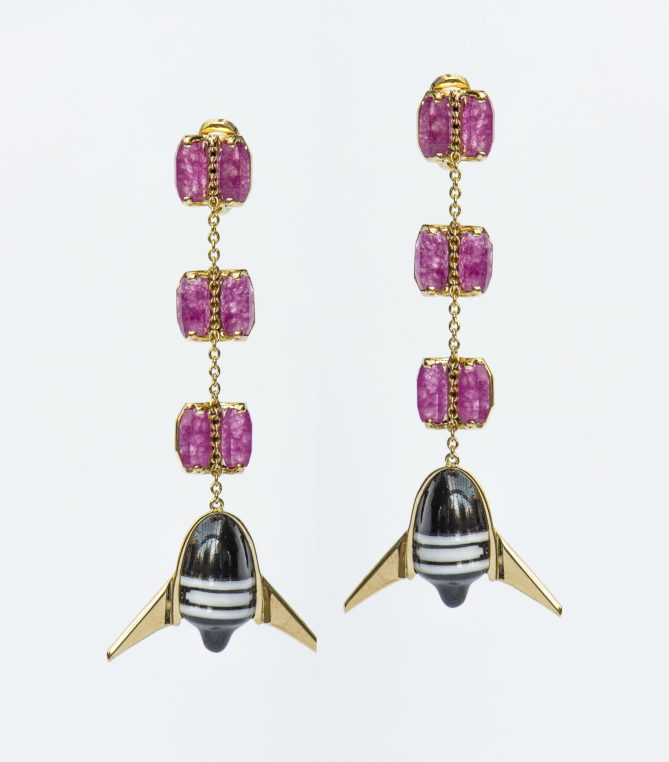 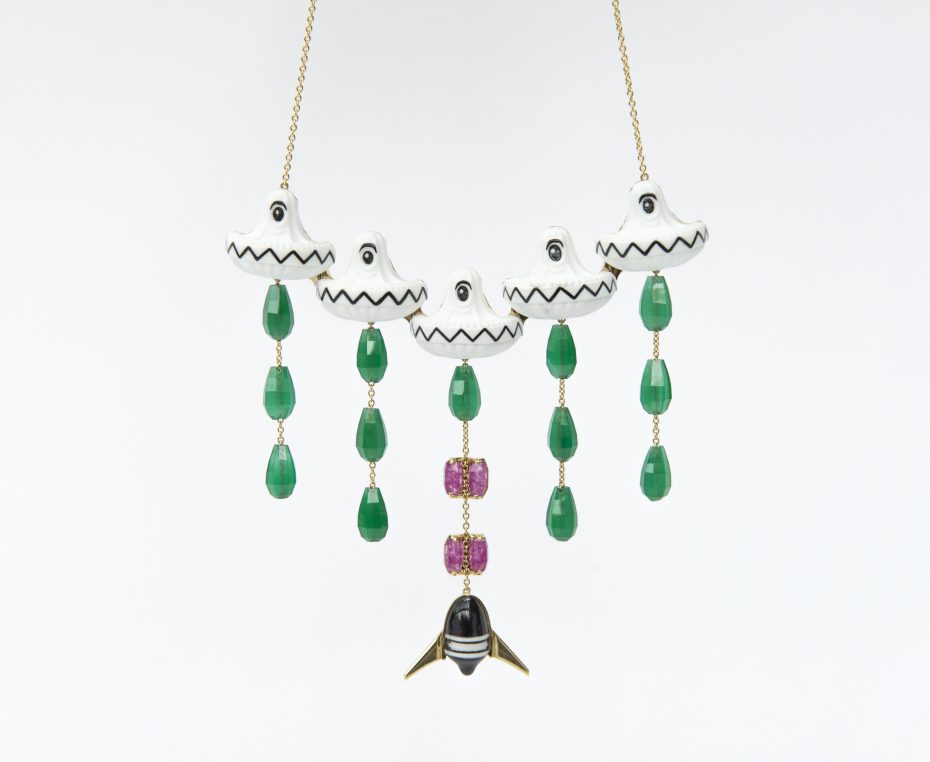 It’s always fun to hear about a Paris event through an Italian friend who is a curator at the Wolfsonian in Miami! I know that Silvia Barisione is the most trendy person in South Beach but I did not expect her to introduce me to such a talented and diverse artists as Nicolas Buffe. The occasion was his exhibition of jewelry made at Manufacture de Sèvres, at Esther de Beaucé’s MiniMasterpiece gallery on rue des Saints Pères. 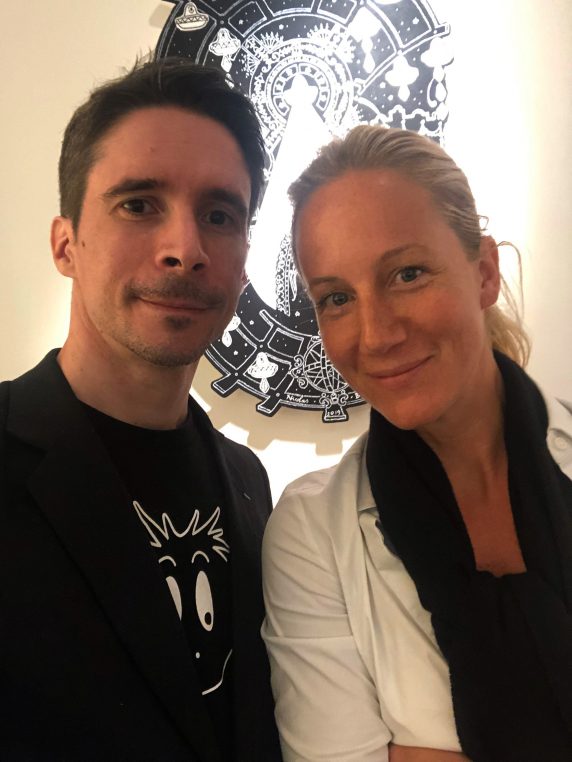 And the surprise (to me) was that he was awarded the Medal of Chevalier des Arts et des Lettres during the opening, by Romane Sarfati, who runs la Cité de la Céramique de Sèvres. Jean Luc Choplin, former director of the Châtelet, where Nicolas Buffe designed the sets for Mozart’s “Il Re Pastore”, spoke at length of his talent and his singularity as an artist.

At 40, this French designer has already made tapestries for Aubusson, chocolates for Pierre Hermé, illustrations for Mitsukoshi Isetan in Japan, where he lives part of the year. He also creates video games and had a huge exhibition in the central atrium of the Ginza Six building last year in Tokyo. 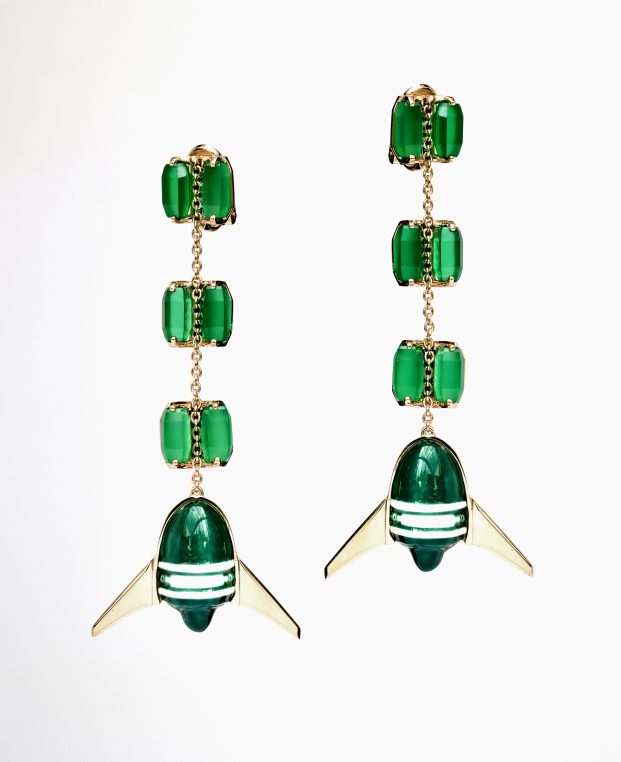 Nicolas Buffe is developing huge projects with architects in Miami but has also designed a large stage curtain for la Seine Musicale, Chen Jean Luc Choplin ran it, on the theme of Orpheus.

At the MiniMasterpiece gallery, he showed very refined earrings and necklaces made with precious stones and tiny porcelain pieces. His parents were there and all his handsome best friends as well as the delightful  Pascale Mussard, who had hired him to design for Petit h, her exquisite line at Hermès. The intimacy of the ceremony was an interesting contrast to his world fame. And all of this thanks to Esther de Beaucé who runs one fo the leading artists’ jewelry gallery in Paris.