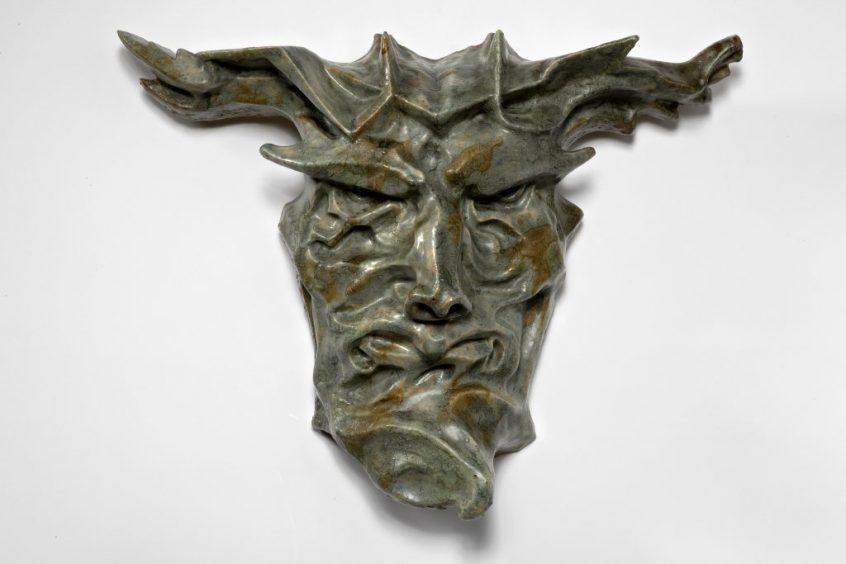 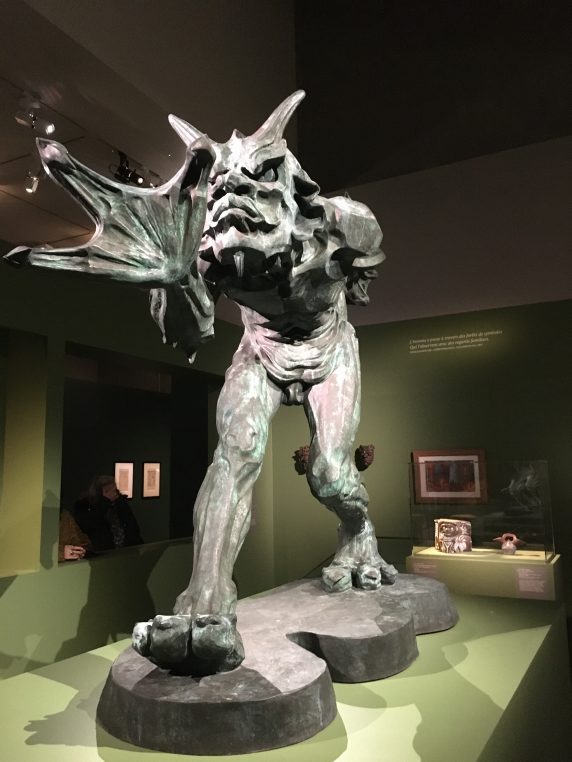 From Denmark, we know best Hans Christian Andersen‘s fairy tales such as “The Little Mermaid” and other phantasmagoric stories. Symbolist sculptor Niels Hansen Jacobsen had never been exhibited in France, even though he lived in Montparnasse between 1892 and 1902,  and befriended French ceramist Jean Carriès. Tessa Nielsen who runs the Vejen Kunstmuseum in Jutland and Amélie Simier, director of Musée Bourdelle,  have joined Jérôme Godeau for this spectacular exhibition of sculptures and ceramics at Musée Bourdelle. It is a true discovery and the different masks and glazed stoneware are very intriguing. 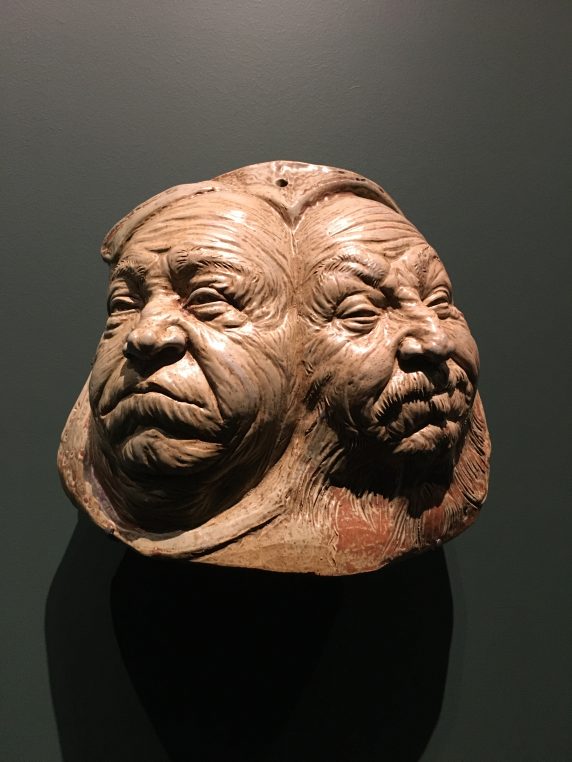 The “Troll smelling Christian flesh” is definitely the most spectacular piece of the show with “Death and the mother” and Antoine Bourdelle’s “Head of Medusa”. The title of these sculptures can make you guess that it is not a comic show: the various themes treated by Jacobsen are of monsters and nightmarish allegories. Strange, ambiguous, macabre, his pieces are inspired by Nordic mythology and Scandinavian legends. Gustave Moreau, Charles Baudelaire, Paul Gauguin, Jens Lund… join in this fabulous dance of talents. 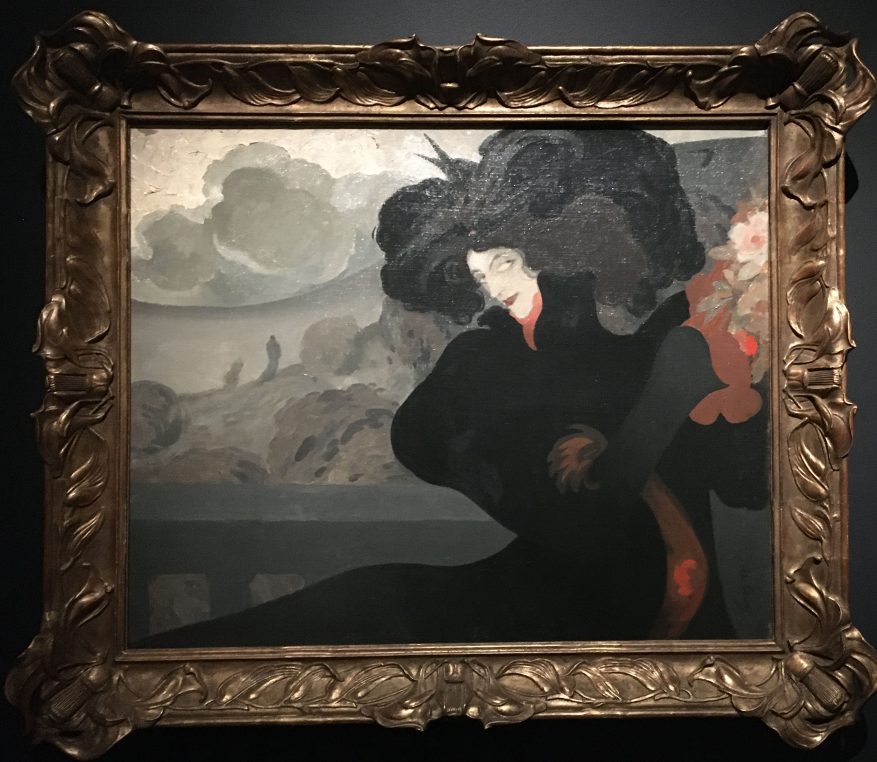 There was a Danish symbolist circle in Paris in 1892, at 65, boulevard Arago, which Jacobsen, the son of a farmer in Jutland, joined after studying in Copenhagen. he lived in the Cité fleurie with his wife, the painter Anna Gabriele Rohde. They befriended many International artists and ceramist Paul Jeanneney who collected Japanese pottery and Jacobsen’s talent profited from the melting pot of artists, learning about art nouveau aesthetics and symbolist obsessions. 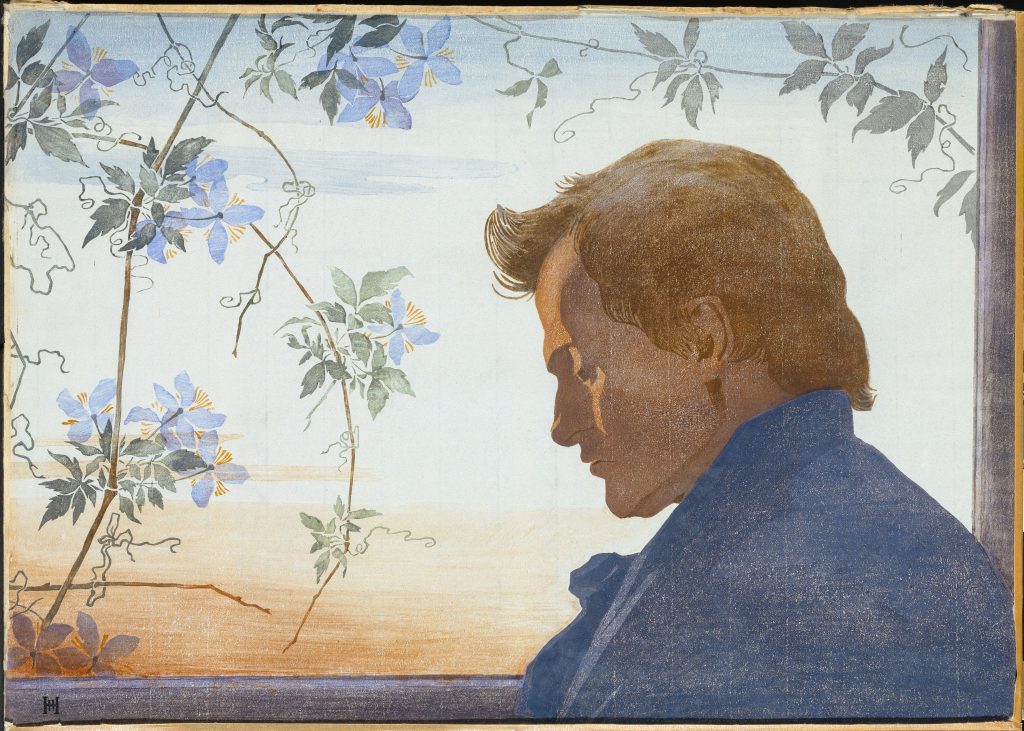 Pâtes de verre, enameled sandstone, glazed stoneware, stained glass, bronze, are preponderant in the exhibition but there are also a few paintings and prints. Jens Lund’s “The Glory of God” at the entrance of the show is tantalizing, and Odilon Redon’s pastels, Theodore Deck’s vases, the many masks compete in quality. 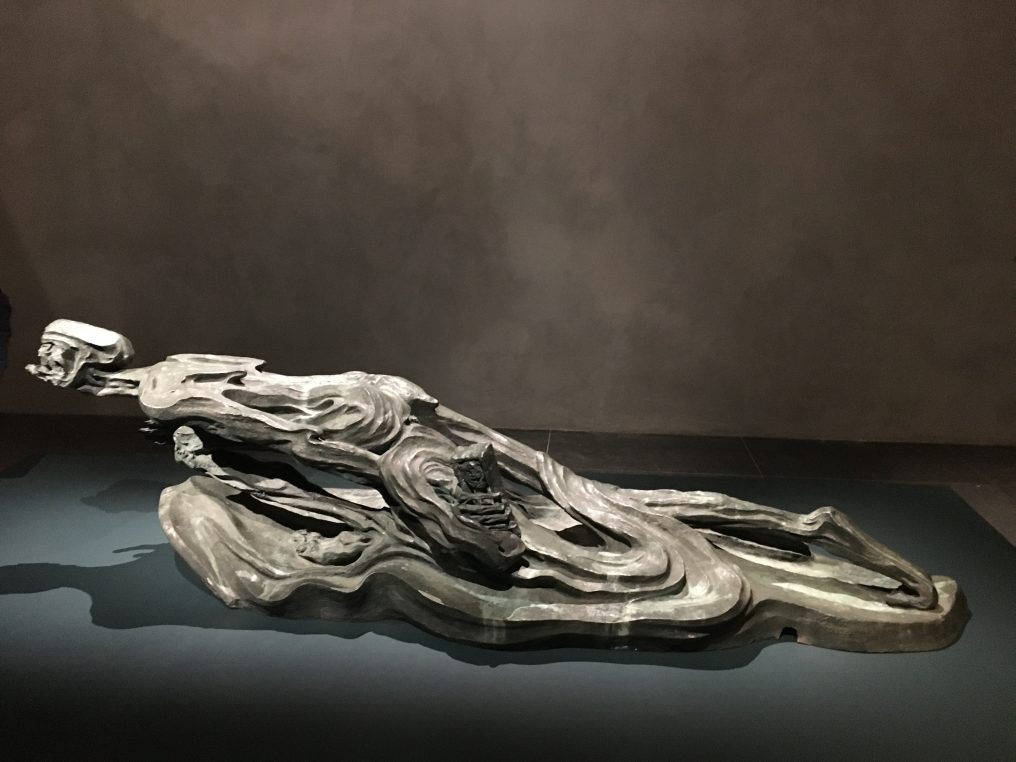 In the last room, a semi circle of paintings protect the sculpture of “The Death and the Mother”. The mother is lying on the floor terraced by the image of death. While discussing it Tessa Nielsen alluded to the fact that Jacobsen’s wife, who never bore a child might have had a miscarriage? 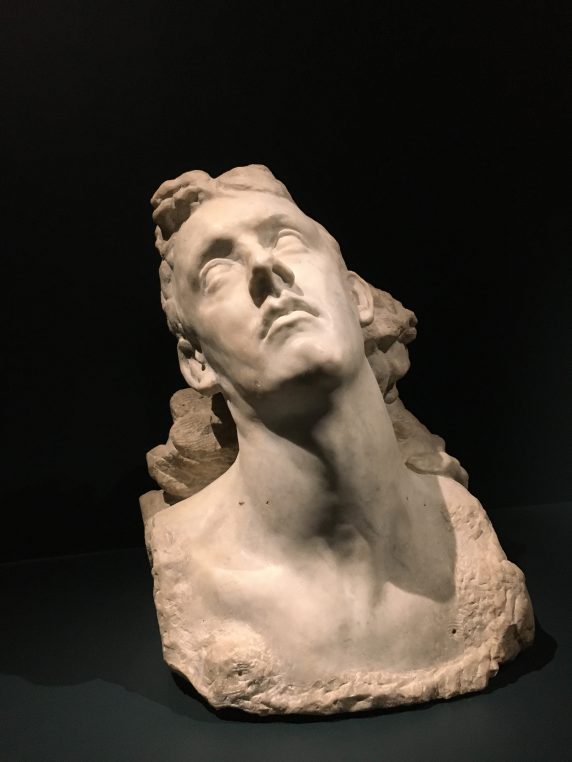 Antoine Bourdelle, “Night and day”, 1904, marble, (portrait of Henri de Bideran, one of his student)

It takes a little time to get into the mood of the exhibition because it is so different from anything we know in France. But the adequation between the Bourdelle museum and this artist is so obvious that it si a great pleasure to see, once more, such a successful show. I would have liked to publish all the pictures I took such is the diversity of the mediums.

After the huge success of “Back side” last fall’s  fashion exhibition, Amélie Simier is again creating the event at Musée Bourdelle. Until May 31, 18 rue Antoine Bourdelle.