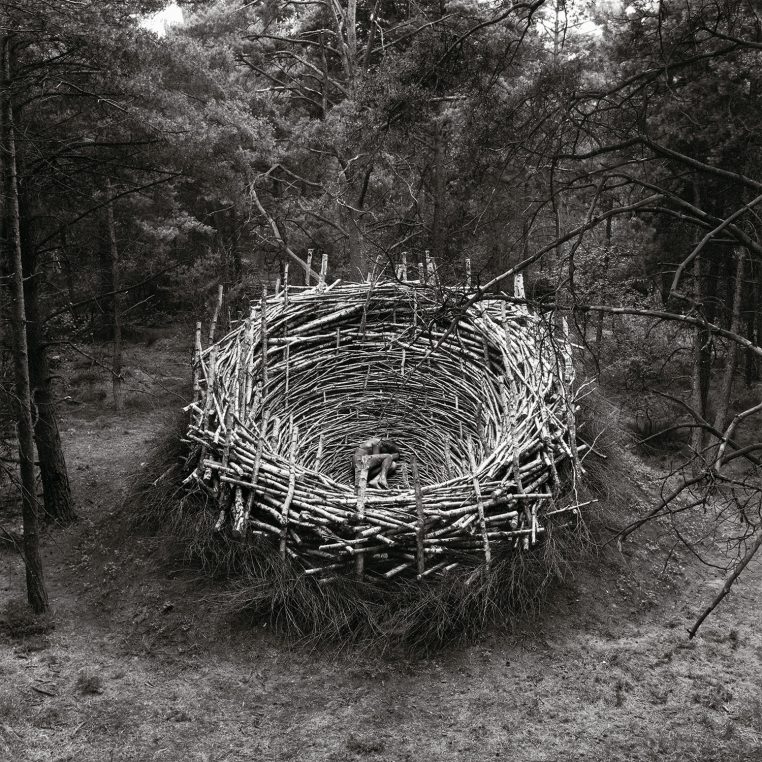 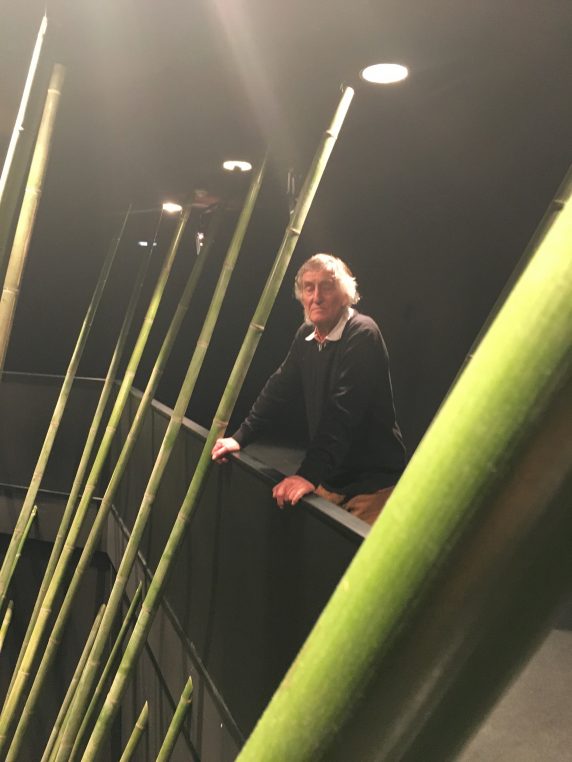 The artist, Nils-Udo, on the first floor of the Black Bamboo installation

It’s always moving to meet an artist you’ve admired for many years and my encounter with Nils-Udo and his wife Lisa, at Fondation EDF, started with our exchanging recollections of Prien am Chiemsee, a small village where I studied German some twenty years ago and near where he lives. He was raised in the North of the region, in Schloss Klingenberg, in Lower Franconia, where nature was omnipresent, and he has created a spectacular installation with very special lighting, an art which is at the chore of EDF’s (Electricité de France) workmanship. With more than a hundred bamboos selected in Anduze, Gard, and seven black marble eggs set on white marble gravel, the visitor is startled as he enters the dark room. And entrance is free. 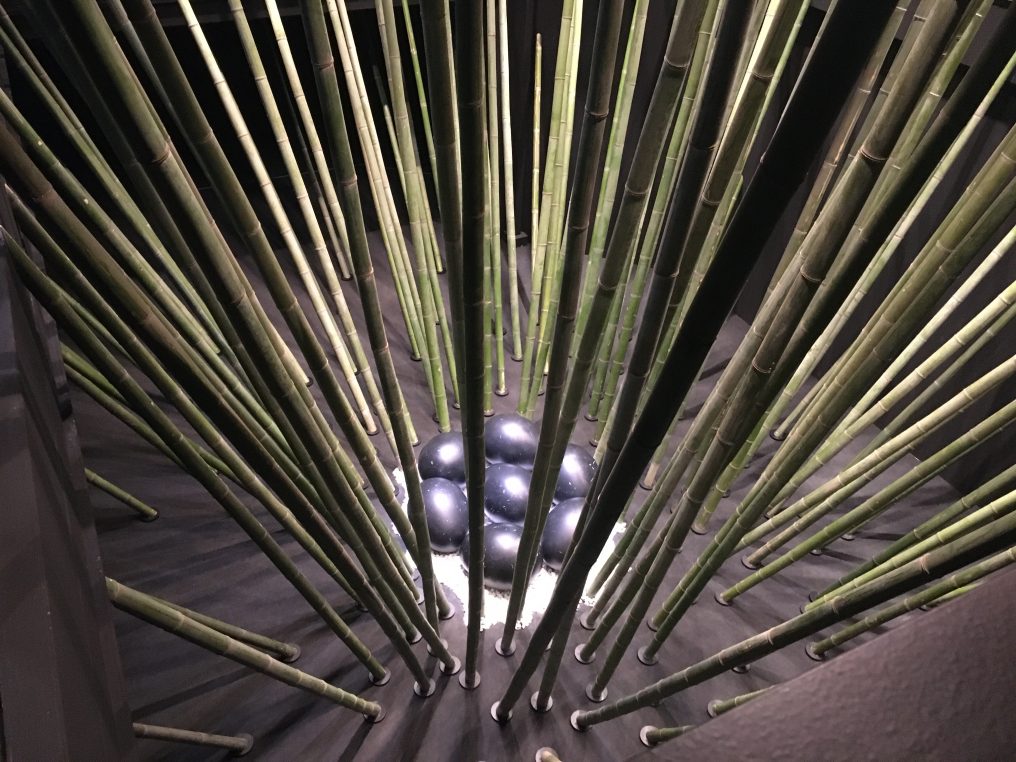 Nils-Udo mostly works outside with nature. With two exceptions: this interior installation was preceded by a work he did in 1987 in Tokyo at the Tamagawa Takashimaya  shopping center. He then planted a forest of bamboos in pots with a field of red flowers in front of them, and some more flowers growing along the bamboos. Here, for his nest, the black marble comes from Spain and the white marble from Carrare. The bamboos are not planted but sealed in the ground. And the sunlight is of course artificial. 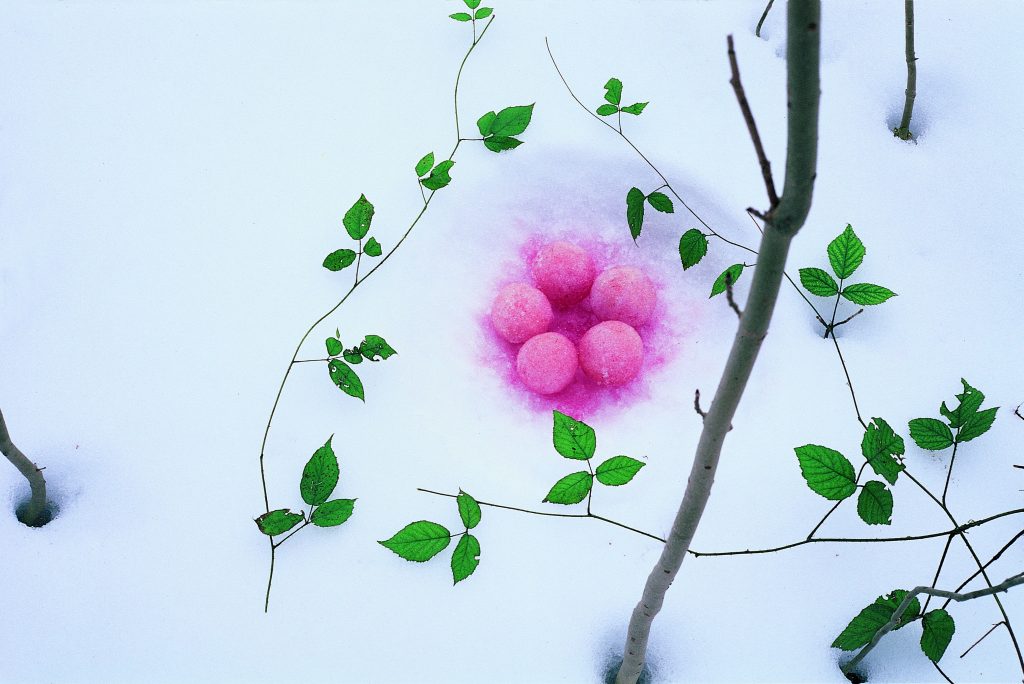 In 1960, Nils-Udo was a painter and he studied in Paris for ten years, ranging in style from naturalism to abstraction. But as soon as he returned to Germany in the late sixties, he rented land from a neighboring peasant and he started planting trees. He has worked directly with nature ever since. A few years ago he resumed painting after having extensively worked in photography and his canvases and some photographs can be seen at Galerie Pierre Alain Challier. 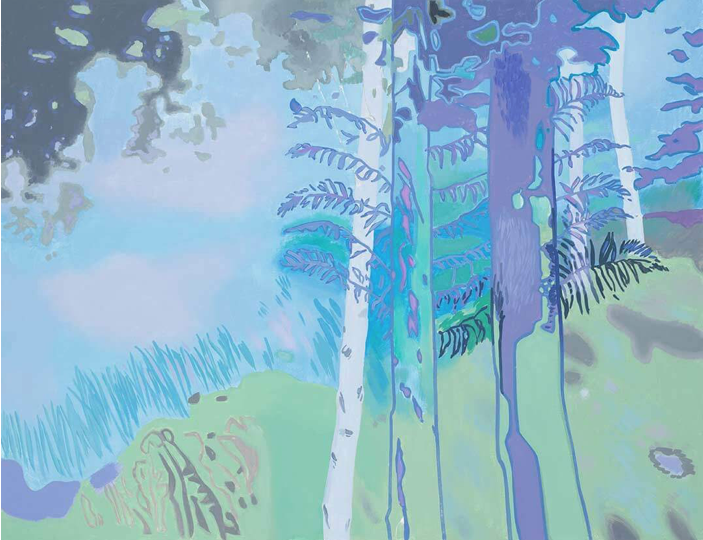 More photographs are shown at the EDF foundation, provided by galerie Claire Gastaud, in Clermont Ferrand. We can see his obsession with birds’ nests in different sizes and material. Oak, stone, marble, birches, spruce, wicker, all compose the artist’s poetic world. But there are also many pictures of trees and snow.

The exhibition at Fondation EDF is until February 2, at 6 rue Récamier

One Comment on “Nils-Udo, from Bavaria to rue Récamier”