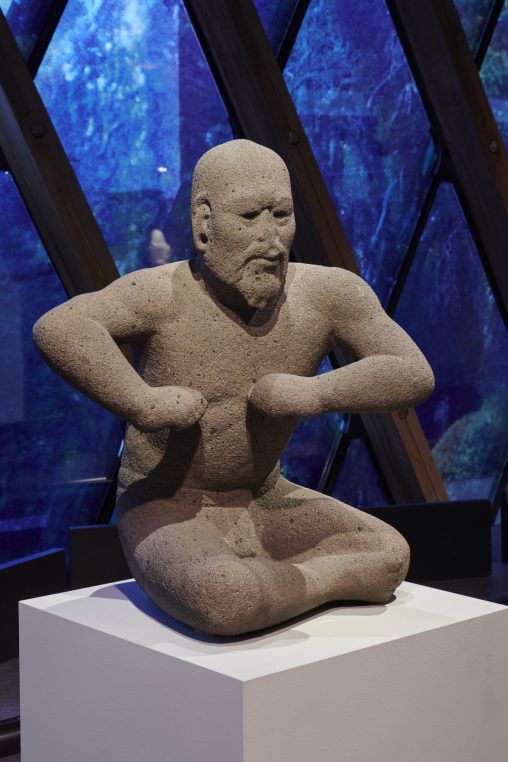 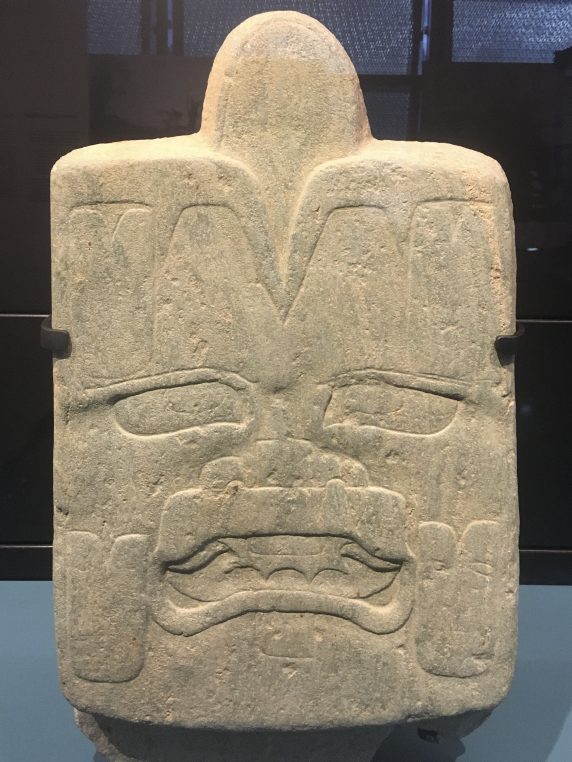 I had no idea what Olmecs were before I walked into the Musée du quai Branly Jacques Chirac and encountered the larger than life cocurator of the show, Steve Bourget, who led the visit with his strong French Canadian accent. These people of the Vera Cruz area on the Eastern coast of Mexico, lived from 1600 to 400 bc and influenced Aztecs and Mayas. They were only identified 150 years ago. They built the first monumental pyramids, large statues, calendars in the long time and even created a writing technique. All the major artworks of this civilisation were lent for the show and arrived in time from Mexico. Three quarters of the 300 pieces presented here, are seen in Europe for the first time thanks to the collaboration with Museo Nacional de Antropologia in Mexico and Centro INAH in Vera Cruz. 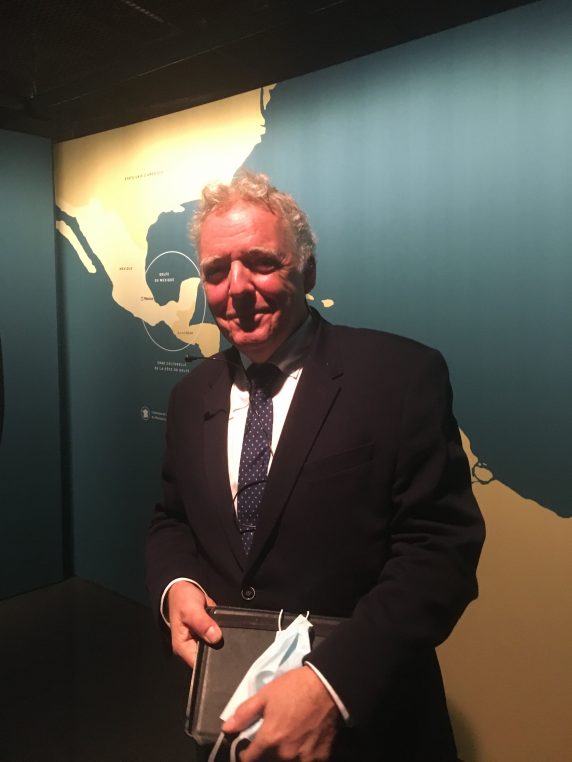 Steve Bourget, co-curator of the show, is responsible for the American collections at the museum

Mexican writer Octavio Paz celebrated Olmecs in his writings “The four cardinal points lead to your umbilicus”, putting a light on the vital influential radiance of this civilisation. The word Olmec, comes from Olman “Land of rubber”, and the geography of the area where they expanded, is very specific with its numerous rivers along the Atlantic coast. Agriculture is predominant in this society which was the landing point of many commercial routes.  The spectacular colossal statues which welcome you as early as in the hallway, are emblematic of their artistic style and in the first room of the show, a group of four statues, two large cats and two identical young men facing each other, represent the site of San Lorenzo. They are spectacular. 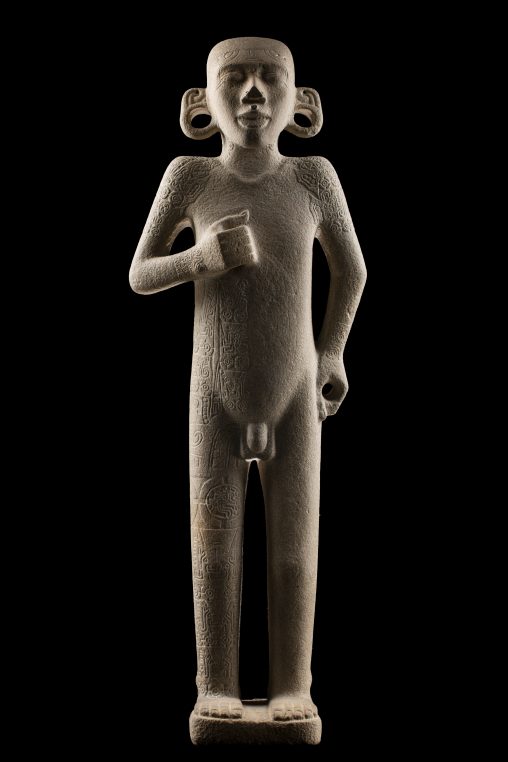 The multiplicity and diversity of populations in this area of Vera Cruz which was a formidable convergence of trade, helped develop means of communications such as roads and navigation route but also languages. When Hernan Cortes arrive in Santa Cruz in 1519, more than twenty languages are still spooled, in the area. Engraved stones carry writings and codes with specific symbols. Calendars are also engraved on the stone of Tres Zapotes thus proving how Olmecs calculated the long time many centuries before the Mayas. Most statues are very mysterious like this beautiful teen ager carrying someone on his back and tattooed with designs relating to the culture of corn and god Quetzalcoatl. 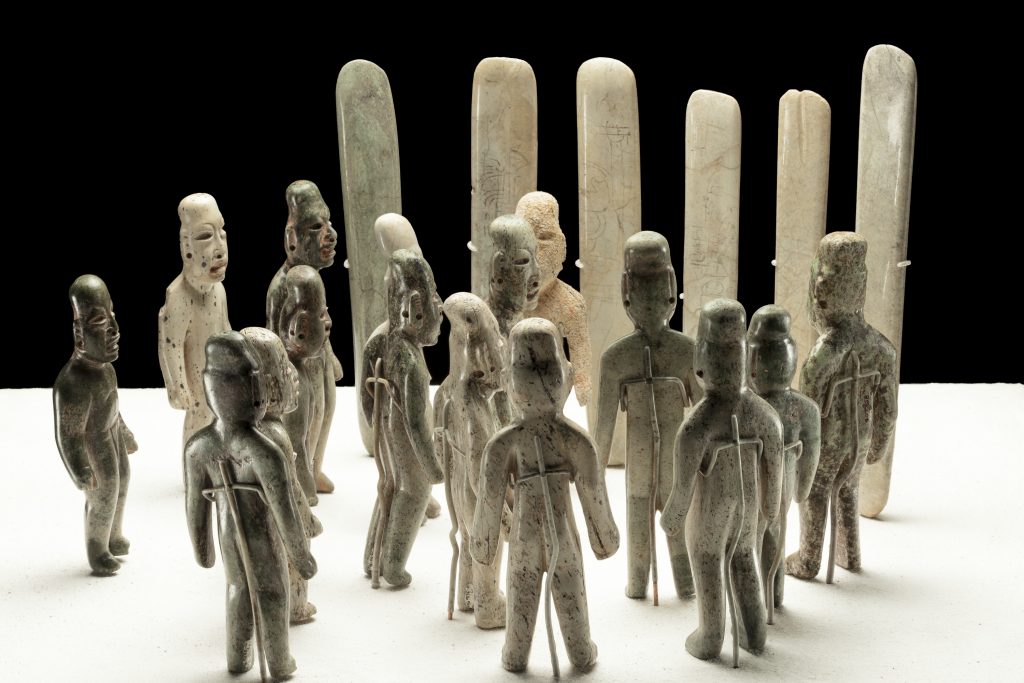 What is most fascinating among these enigmatic figures and colossal sculptures is their esthetical power. The scenography of the exhibition is cleverly done given th narrowness of the upstairs spaces. In Chak Pet, archeologists discovered tombs of 400 people with bone and shell artifacts. Other tombs were found in Malpasito, Tancama and Cerro de las Mesas. The people from Santa Cruz state travelled to other regions through the rivers and some Olmec art was found in other parts of the country  like San Luis Potosi. 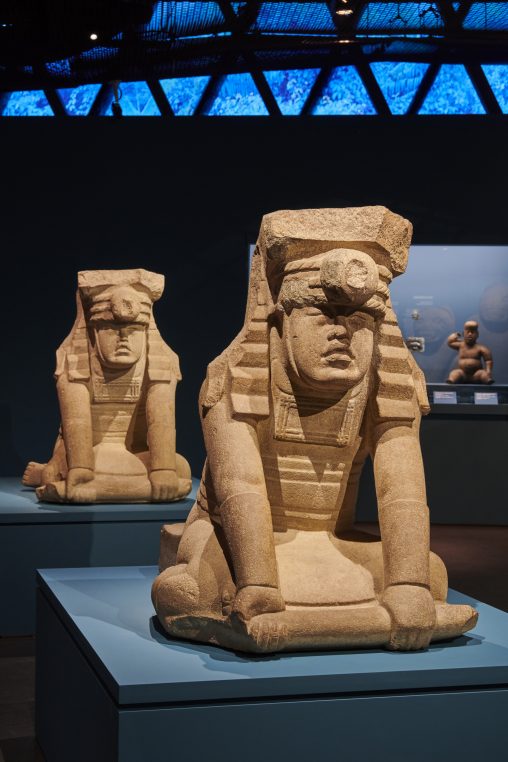 This exhibition is a major event in the world of prehispanic art and the collaboration between Cora Falero Ruiz, vice director of the Instituto Nacional de Antropologia and the Musée du quai Branly Jacques Chirac has to be applauded. The new director (since May) Emmanuel Kasarhérou is lucky to start with such a brilliant moment! 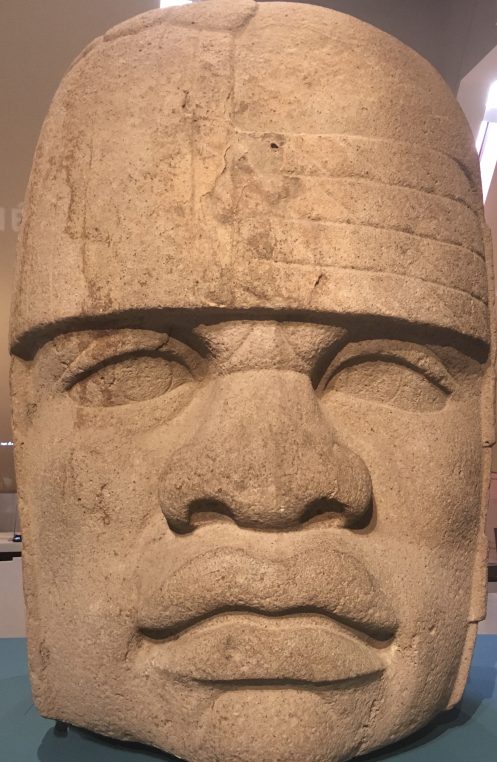 3 Comments on “Olmecs, ancestors of the Mayas, at Quai Branly”