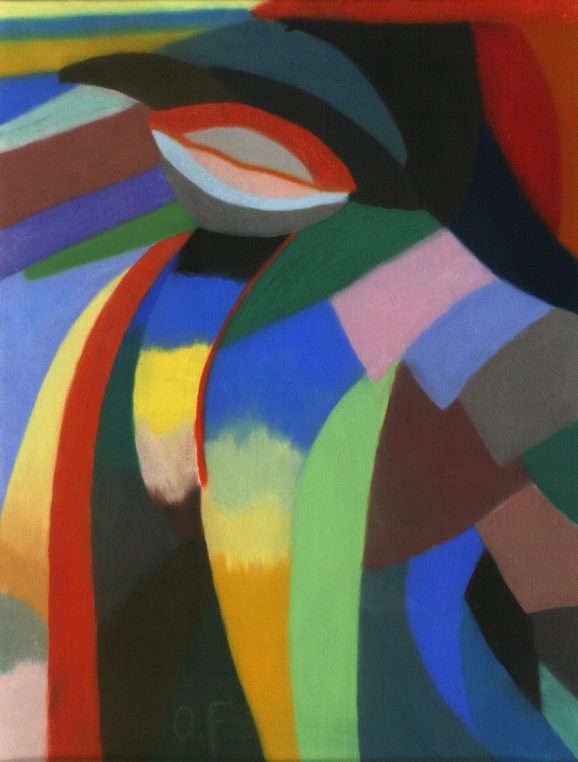 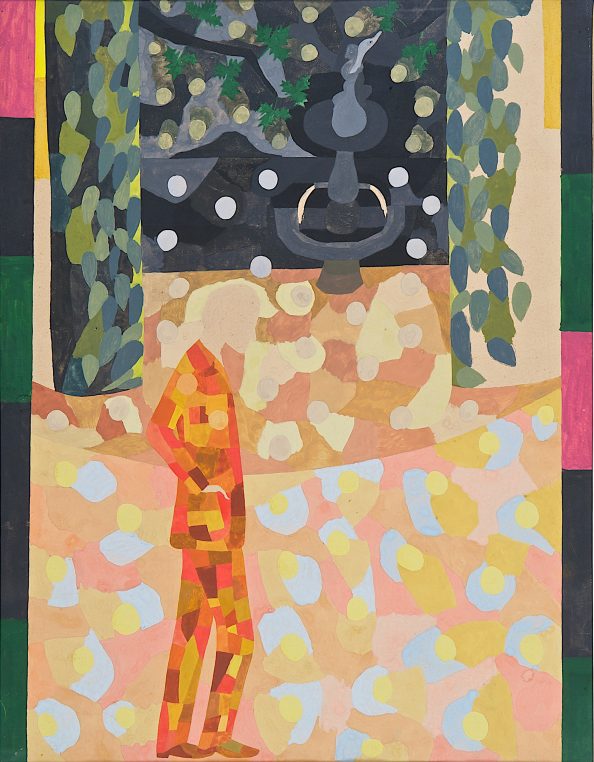 Musée de Montmartre has now accustomed us to showing original painters who worked on the magical hill at the turn of the century and Otto Freundlich is another discovery (for me at least) of a Prussian born artist, who very much wanted to become French and died at 65,  deported by the Nazis in 1943, while hiding in Saint Paul de Fenouillet near Perpignan. He is one of the first abstract painters and his Jewish origins condemned him to die in the camp of Sobibor. He spent most of his career in Paris, his “Large Head” was featured in 1937, on the cover of the “Entartete Kunst” (degenerate art), exhibition catalog and he always fought to impose artistic beauty. 80 of his works with many letters and official documents have been lent by Musée de Pontoise, the Museum of Modern Art and private collectors. 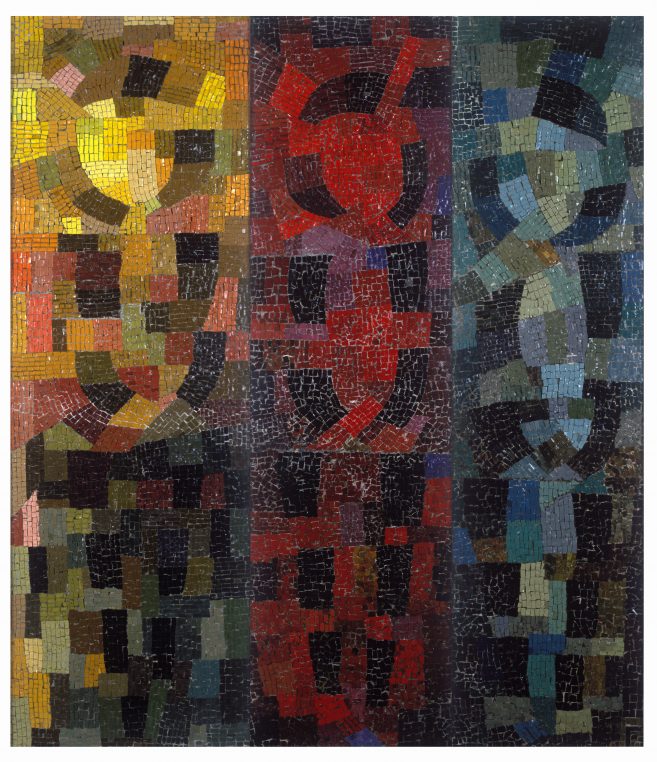 Born in 1878 in Stolp (now in Poland), Freundlich meets Vassily Kandinsky and Paul Klee in Munich in 1904 while studying Art history and philosophy. He travels to Florence and there he starts drawing and studying sculpture. In 1908, he comes to Montmartre and rents a studio at the Bateau-Lavoir, in Paris which he calls “the country of Rodin, Manet, Monet, Cézanne and the Impressionists.” 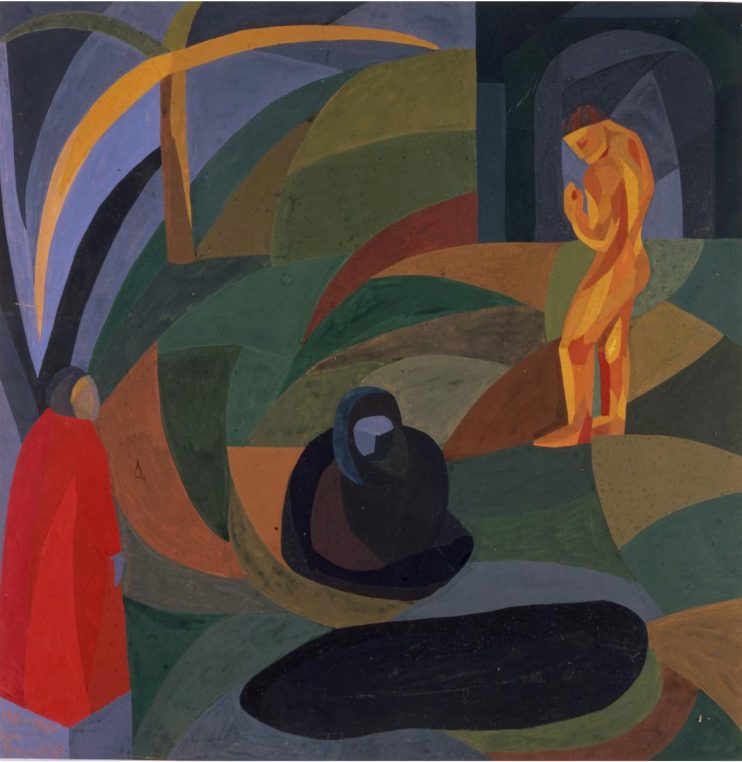 Three years later he moves to rue des Abbesses nearby,  where he paints his first “Composition”, 1911, a square canvas where he evolves from expressionism to abstraction. Then he spends five months in Chartres from March to July 1914 and he declares “this marked him forever”. The humanist and spiritual vocation of his art became suddenly clear.  There he learns the technique of stained glass, of which we can see three examples in the show and two more realized in 1938 and 1941 in the Basilique du Sacré Coeur, in Montmartre. Like many other German artists, he returns to Germany during the war. 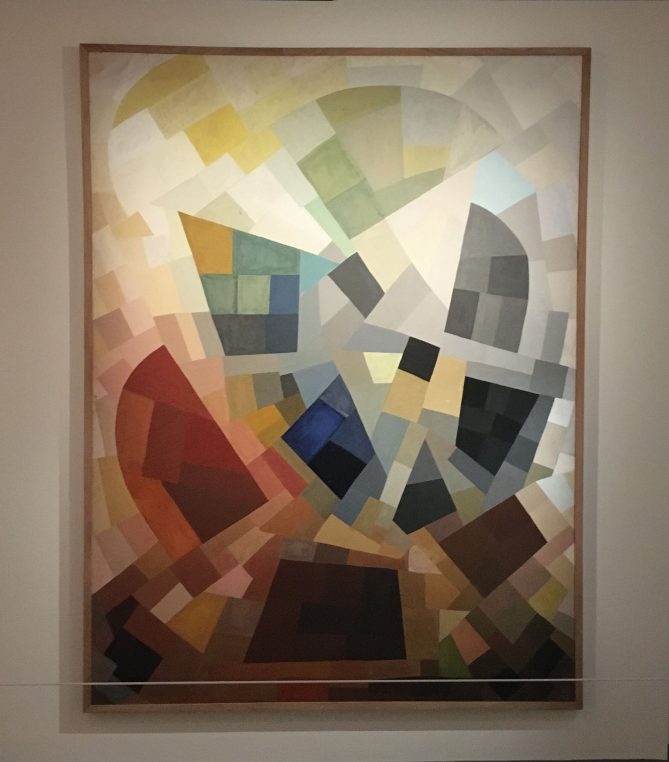 In 1919 he organises with Max Ernst the first dada exhibition in Köln and becomes politically engaged. He decides to move back to France in 1925 and this is where he will be until his deportation in 1943. Very interested in testing all art forms, he works on tapestry, mosaics, bronze sculptures and stained glass as well as canvas. He writes a lot. 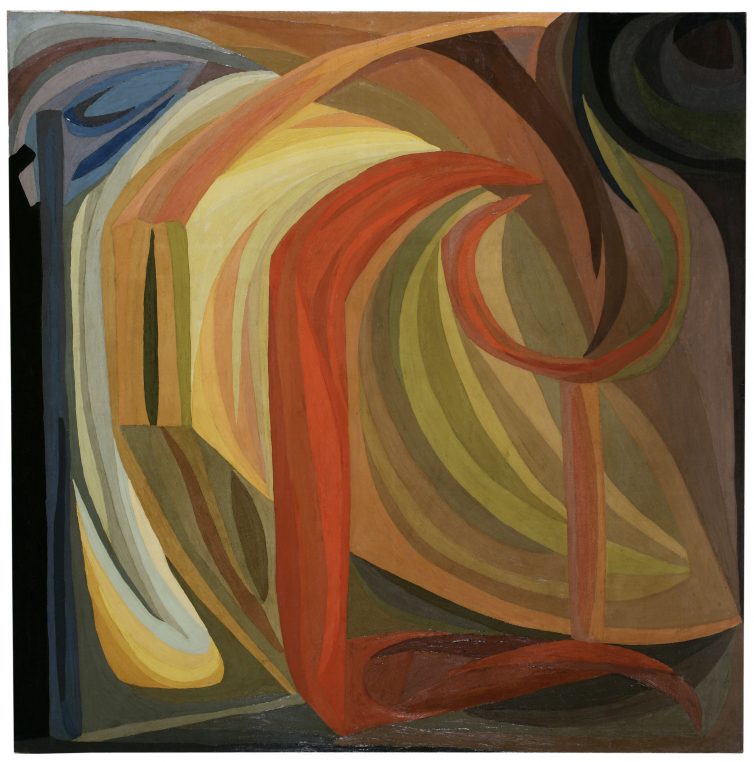 In 1938, to celebrate his 60 th birthday, galerie Jeanne Bucher organises a large exhibition of his works and a number of artists, Braque, Cassou,  Derain,  Sonia Delaunay, sign a letter to protect him. One of his gouaches is acquired by Musée du Jeu de Paume thanks to Picasso’s intervention. Picasso will also be influential in getting him out of the French camp for “ressortissants de nations ennemies”, where foreign ennemies were interned. In 1939, Robert and Sonia Delaunay invite him to join their exhibition at Galerie Charpentier. His attempts to flee France for America all failed. This is when he paints again some of the works which were destroyed by the Nazis in 1937. 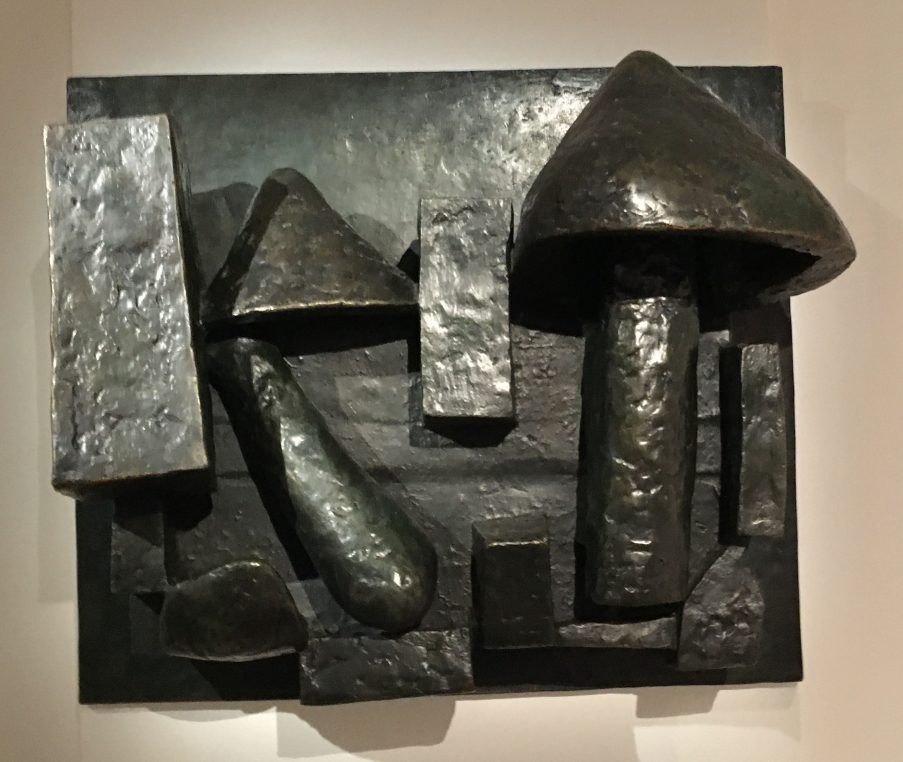 He was very meticulous with his archives and after his death, his wife made sure to keep many works and letters together and bequeathed them to Musée Tavet-Delacour in  Pontoise. Yet some of his works were dispersed around the world and this is the first large exhibition in Paris since 1968, where one can have a global vision of his talent. In the garden of the museum, a large sculpture “Ascension”, 1929, dominates the view and you can stop for a few minutes to have lunch or tea. 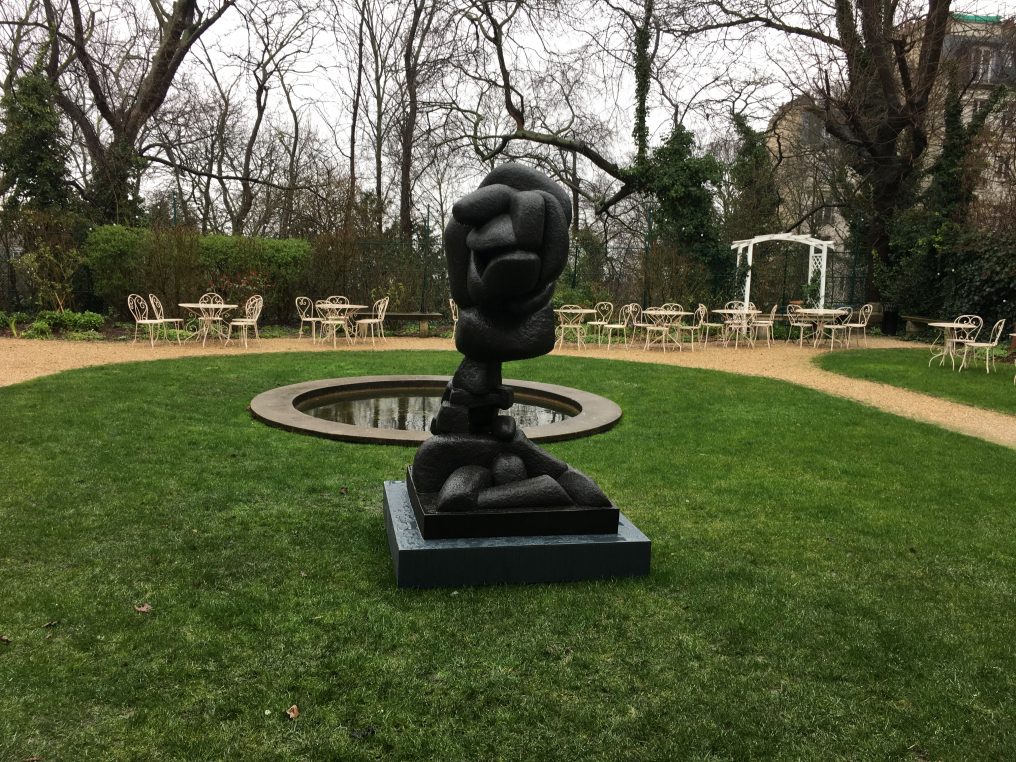 Ascension, 1929, Musée de Pontoise. The sculpture is set in the middle of the pretty garden and tea room overlooking the whole of Paris