I was on my way to the Pompidou center to see the Le Corbusier exhibition (very serious and technical) and was irresistibly attracted by this wonderful British artist’s large retrospective. Mona Hatoum was born in Beryrouth in 1952, from Palestinian parents and was caught in London, when the 1975 civil war erupted in Lebanon. She therefore attended Slade School of Fine Art and became a British citizen. But her roots are very present in her work which is both minimal and militant, and englobes all sorts of mediums.

END_OF_DOCUMENT_TOKEN_TO_BE_REPLACED

Ladies were reigning over the 139 th celebration of the American Independance on July 2nd at the Embassy in Paris. Ambassador Jane Hartley gave a speech in honor of French US relations underlining the help America received in 1776 and again US’ determinant part in saving our country in World War 2. Minister of Ecology, Ségolène Royal was there until late in the evening. Wearing a glamorous gold dress, the Ambassador looked more like a movie star than a diplomat, but she was exstatic at receiving with Crystal Nix-Hines, Ambassador to Unesco and Daniel Yohannes, Ambassador to the OECD. END_OF_DOCUMENT_TOKEN_TO_BE_REPLACED 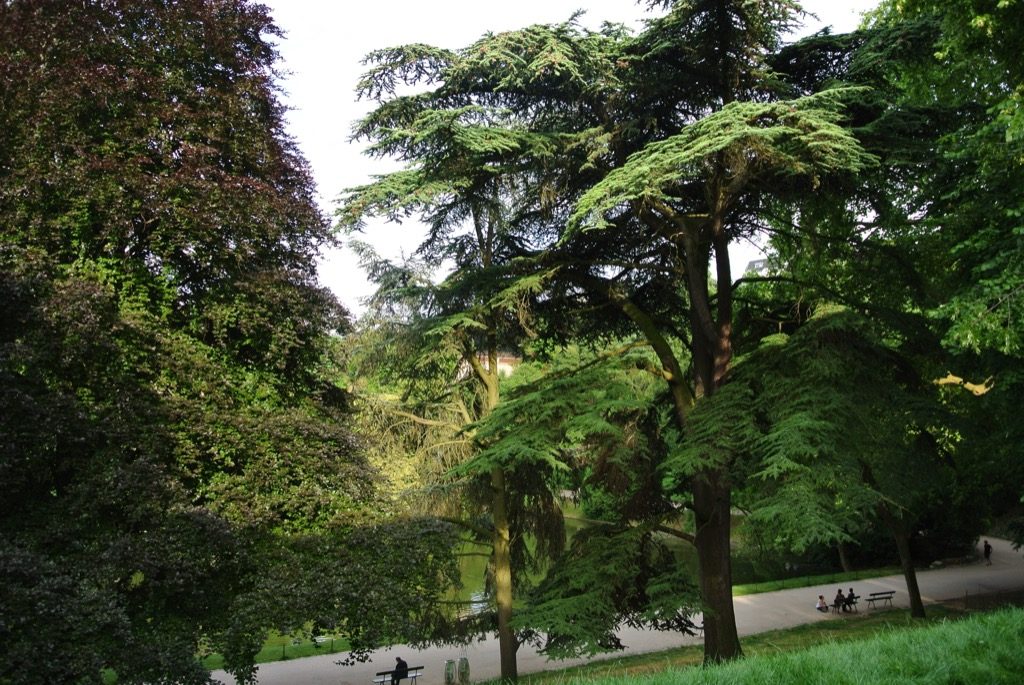 The 68 th annual Magnum Photos party was strange for there were many famous photographers and no photos to be seen. And the uniform was unique ! A small camera on the shoulder seemed like the code to crash the party. By chance, I was carrying my freshly repaired Nikon and was very proud for that…The reason for my being there was the invitation extended by Richard Kalvar, a talented American photographer working in France, and a long time member of Magnum. Most people there, were speaking English and had flown from all over the world for the General Assembly where 6 new young nominees were coopted to join the small group of members who own the agency … END_OF_DOCUMENT_TOKEN_TO_BE_REPLACED 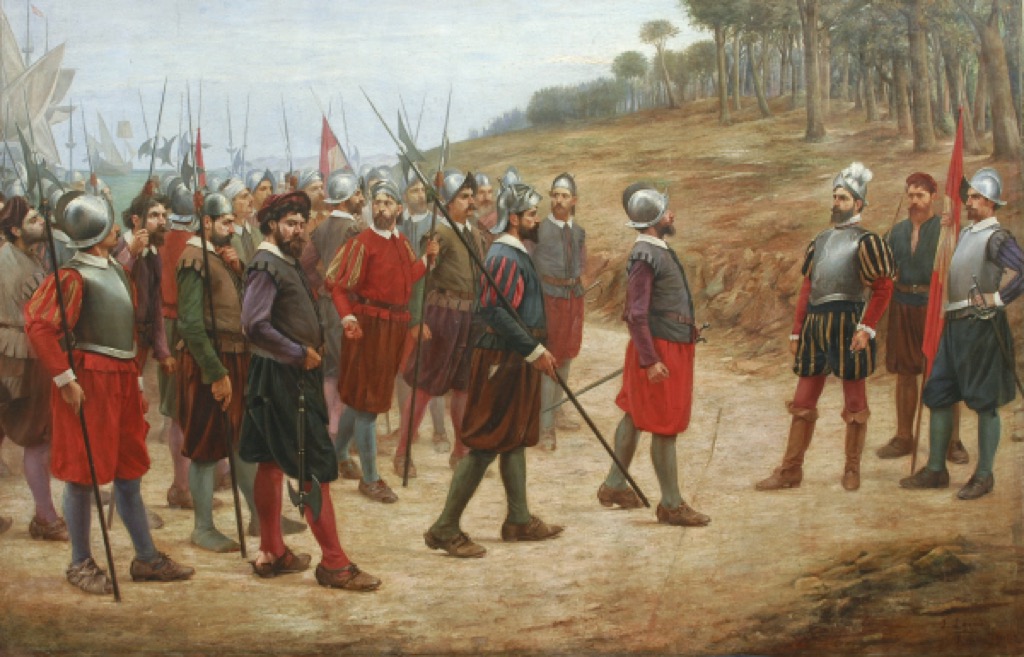 Born in Cuzco in 1500, the Inca leader, Son of the Sun, Atahualpa, was trying to reign over 10 million Indians in an Empire that went from Ecuador to southern Columbia and Chile when his fate made him meet the Spaniard Francisco Pizarro. This conquistador had spent twenty years in Haiti and Panama before mounting an expedition to Peru. Pizarro by twenty years his elder had a clever army and caught him by surprise at a meeting on November 16, 1532 Cajamarca. Remembering Cortes’s success in Mexico in 1519 with the Azteqs, he sent a priest to discuss with Atahualpa. After catching him, like Cortes, he took an Inca mistress Mama Ocllo, Atahualpa’s own sister with whom he had two sons. END_OF_DOCUMENT_TOKEN_TO_BE_REPLACED 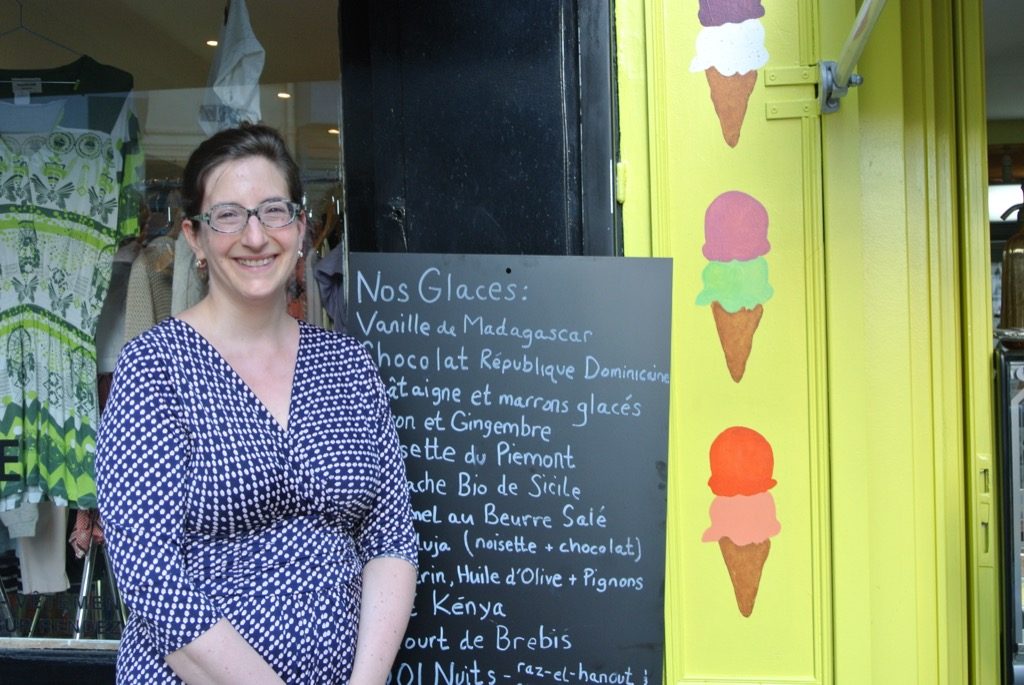 When American food writer Elizabeth Bard and her French husband Gwendal Auffret moved to the Lubéron six years ago, they had no idea their lives would change so drastically. In Céreste, East of Apt, they bought the house of poet René Char,  who spent the war there, fighting in the Resistance. And they started a gelateria, ice creams and sherbets, called “Scaramouche” after the film with Mel Ferrer and Janet Granger. 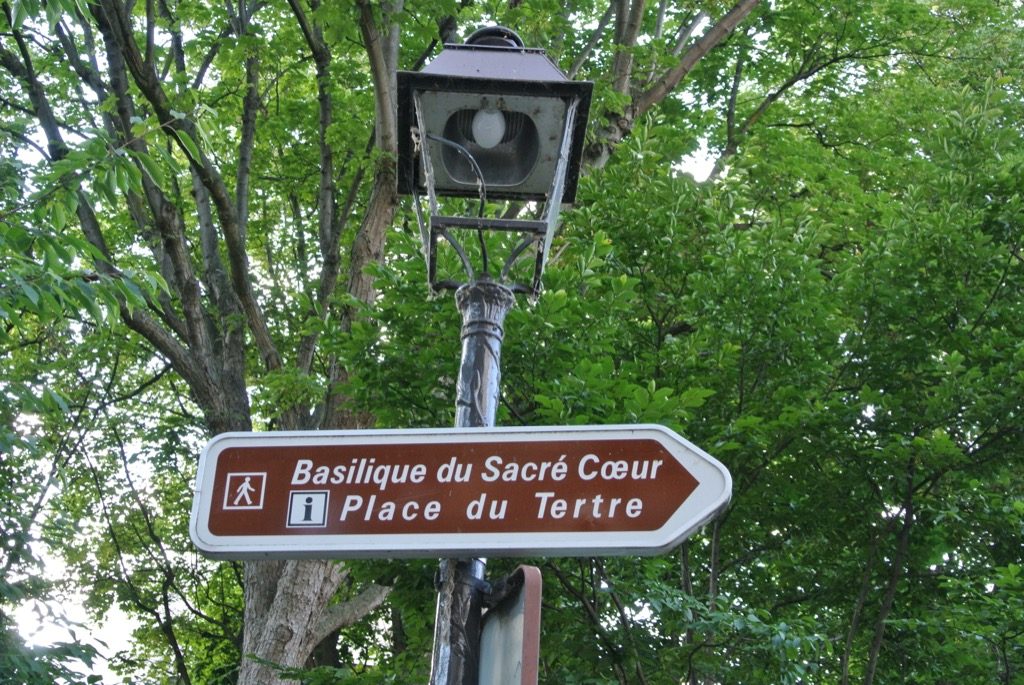 At the bottom of the steps of Sacré Coeur

END_OF_DOCUMENT_TOKEN_TO_BE_REPLACED 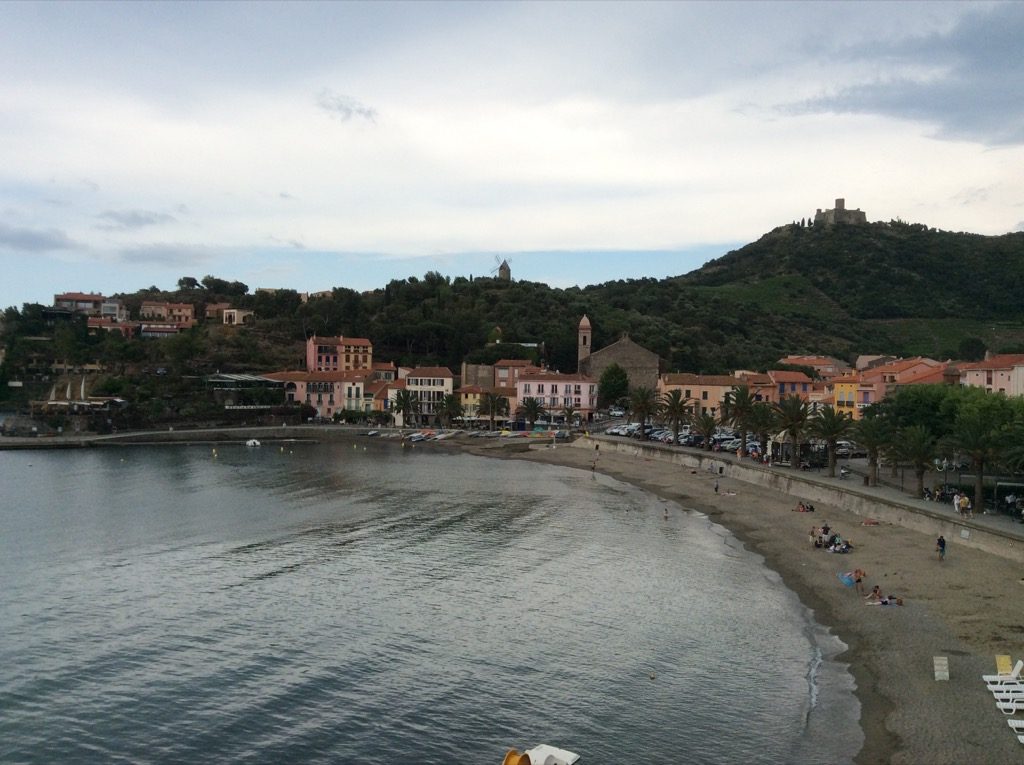 The little harbor of Collioure where Matisse painted 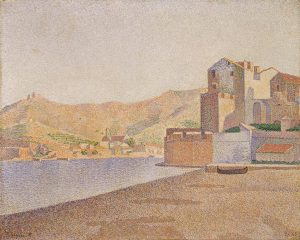 There is an exhilarating feeling in landing at Perpignan airport, in the gentle warmth of early summer, and driving straight to Collioure, the famous little port where Matisse (Fenetre, 1914), Signac, Derain and friends used to paint at the beginning of the XX th century. The 3 000 population Mediterranean fort and beach are minuscule and so is the museum where an exhibition of French artist Pierre Buraglio is taking place this summer. I could not resist buying fresh anchovies on the way and realised that this busy little town has a dual attraction that of fish and Banyuls wine. END_OF_DOCUMENT_TOKEN_TO_BE_REPLACED 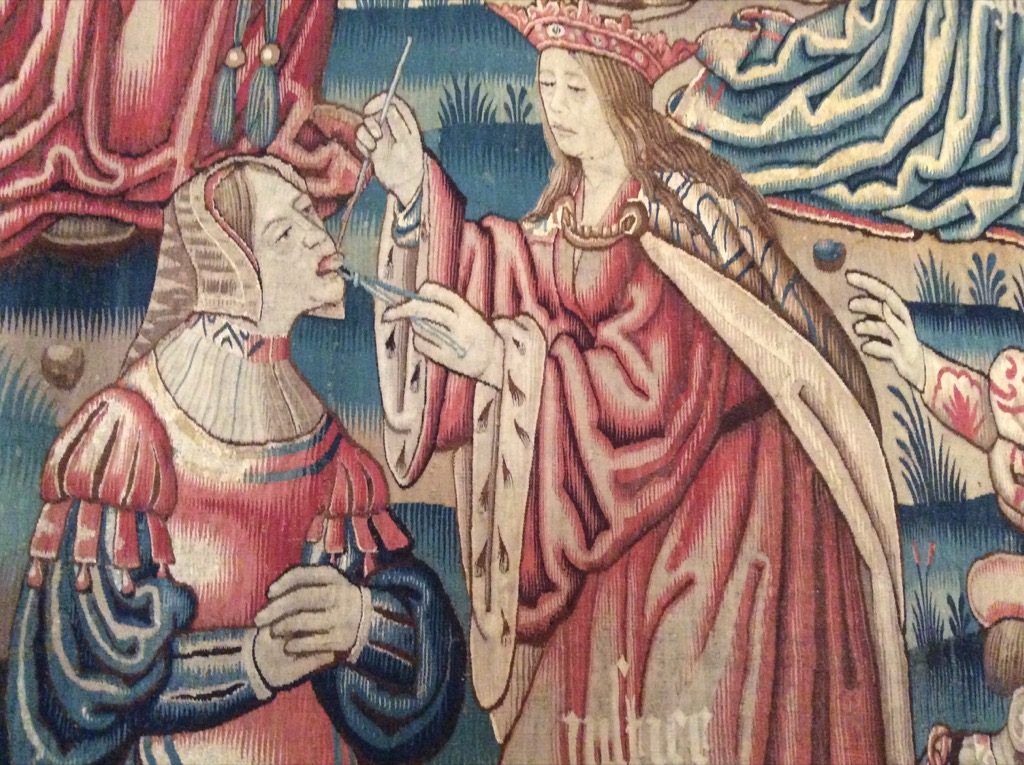 The city of Beauvais, an hour North of Paris, has a long tradition of tapestry weaving since Colbert, Louis XIV th’s minister, established a Manufacture Royale in 1664. Three centuries later, French Minister of culture André Malraux decided to create a museum devoted this art. It was built in the early 70’s, just in front of the sumptuous medieval cathedral, by architect André Hermant, a student of Auguste Perret. And I visited there an intriguing exhibition of twenty tapestries lent by Musée des Arts Décoratifs in Paris on the theme of « Amours, Vices, Vertus » (Love, vice, virtue) until August 30 th.

END_OF_DOCUMENT_TOKEN_TO_BE_REPLACED 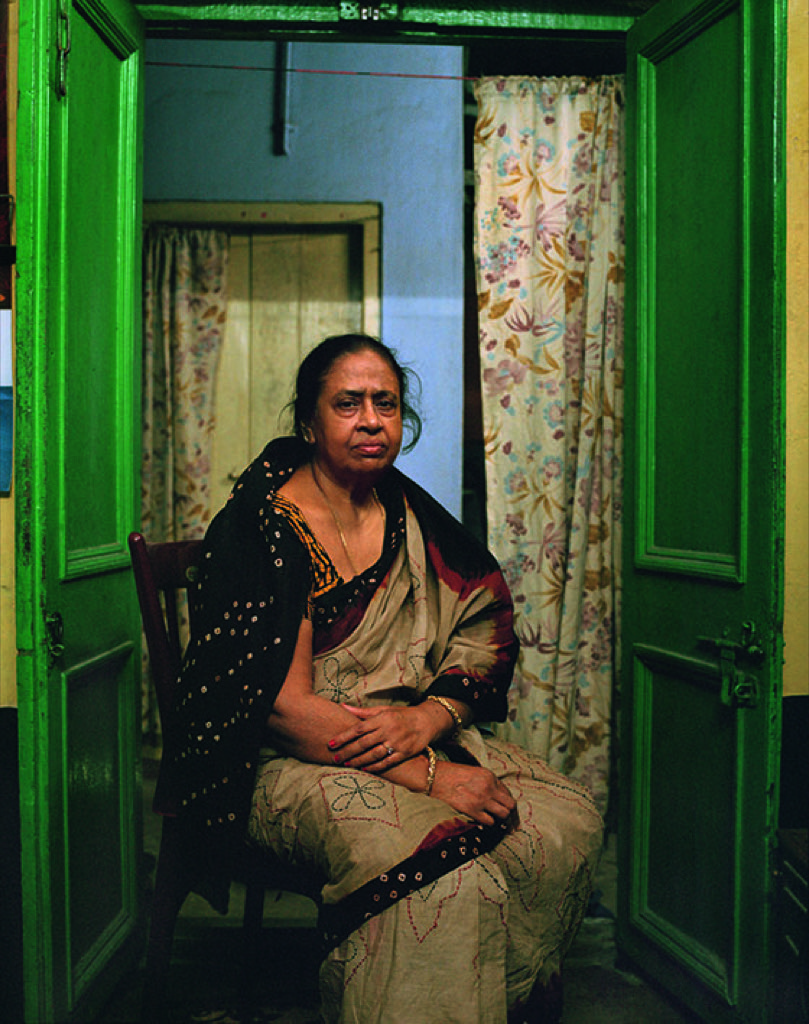 You have certainly seen once in your life the fabulous and dark, black and white portraits of Italian aristocrats photographed very still in their palazzos ? Over the last 30 years, photographer Patrick Faigenbaum has accustomed us to dramatic images. After winning the Fondation Cartier Bresson Prize in 2013, he took the time to travel to India six times and came back with approximately fifty colour and black and white images. Two exhibitions celebrate him in Paris at the moment and his pictures will travel to the Aperture Foundation in New York in mid September. END_OF_DOCUMENT_TOKEN_TO_BE_REPLACED