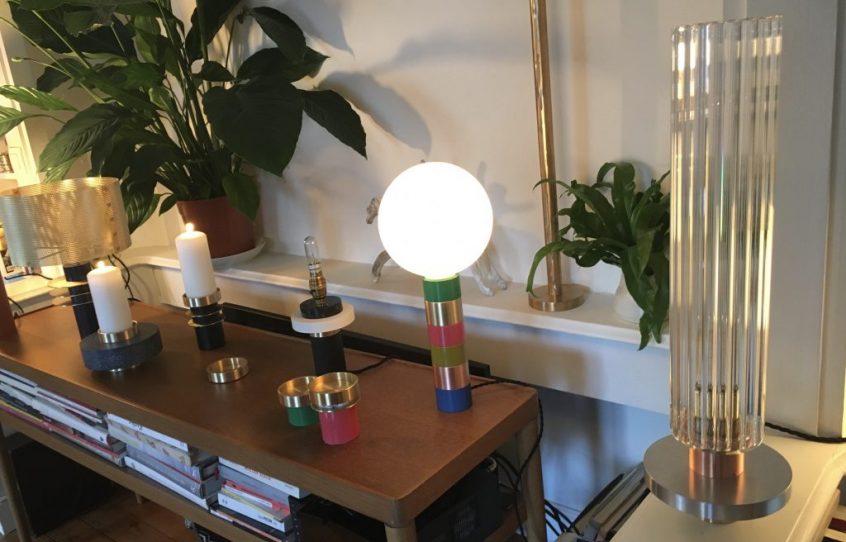 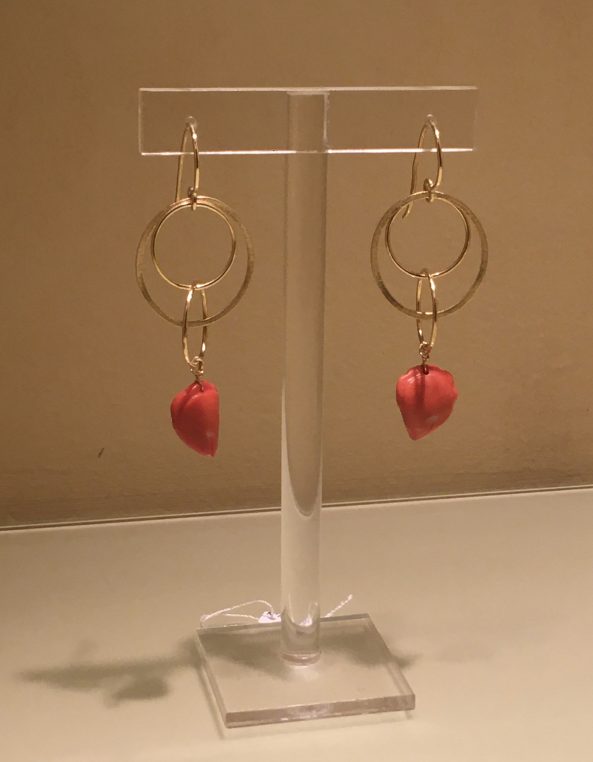 It’s Christmas very soon and of course you have not found any presents yet… Here are a few ideas for you. Inès Olaechea who used to run a beautiful shop of Mexican earrings and handbags on rue de l’Université is now marketing  Marine Breynaert‘s lamps and candle holders and she is having a private sale until December 24, at 46 rue de Varenne. You need to register here or call 0669305786 to get the access codes. Naïla de Monbrison has her usual magical earrings and necklaces on 6 rue de Bourgogne with creations by Violaine Febvret, Anke Vrignon and Brita. Isabelle de Borchgrave shares a space with florist Christian Tortu on 16 rue de Turenne where she presents her famous paper, and now bronze, pleats and Sophie de Laporte exhibits her tondos at Galerie Pierre Alain Challier, rue Debelleyme. But the surprise of the week was the Special Prize of l’Académie du Renseignement in the non fiction category which was awarded to Ben Macintyre, an author recommended to Editions de Fallois by Daphné and Henri Bernard, who translated “Agent Sonya” in French. The very secret ceremony was a unique moment where Andreï Kozovoï received the Grand Prize of the Académie for his book, “Russian Secret services” published by Editions Tallandier. He has recently published a biography of Brejnev.  END_OF_DOCUMENT_TOKEN_TO_BE_REPLACED 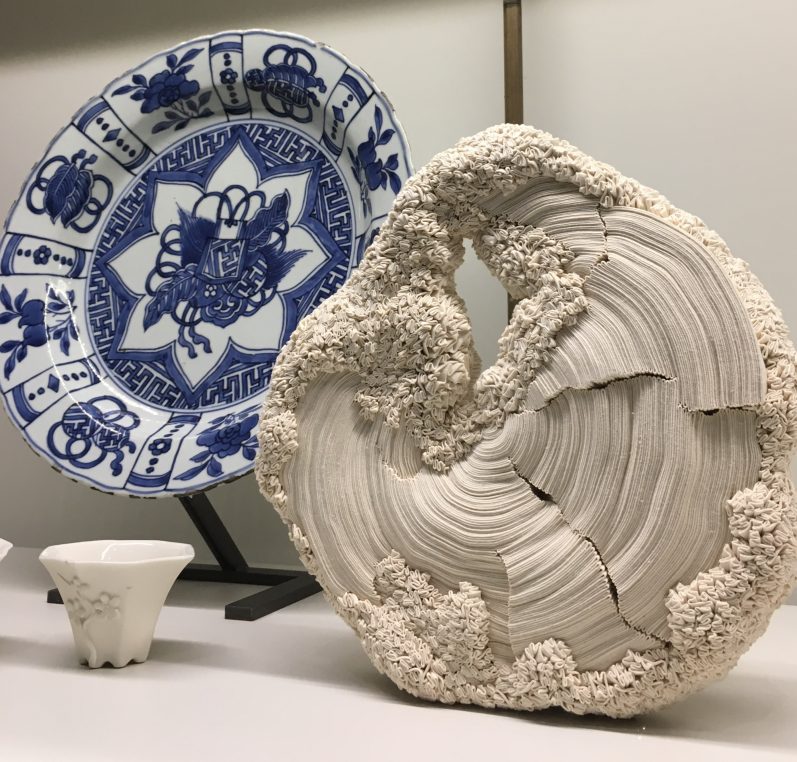 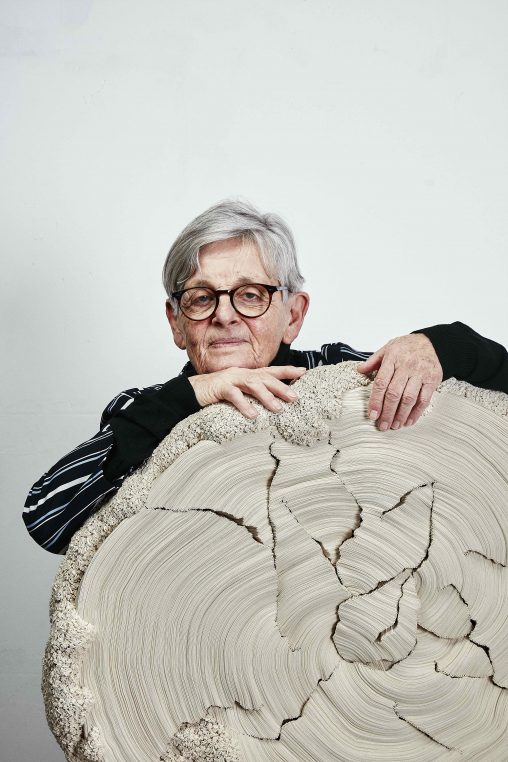 Some of you might remember the extraordinary exhibition four years ago at la Chapelle Expiatoire of Simone Pheulpin’s folded cotton sculptures? This is where I first encountered the 80 year old artist who celebrates her new decade at Musée des Arts Décoratifs with fifty works shown in the period rooms on the fourth floor, and it is no surprise that they work perfectly well with Emile Gallé’s and Hector Guimard’s furniture or Jeanne Lanvin’s fabulous Rateau screens.  This is a new artistic departure for the former tennis teacher, who has been folding cotton for fifty years now, but was only “discovered” in 2008 par Florence Guilier Bernard, the founder of galerie maison parisienne. The other good fairy in the conception of this exhibition is Chloé Pitiot, an architect by training, who first saw Simone Pheulpin‘s sculptures at PAD and fell in love with them. She is the curator in charge of decorative arts and design at MAD since 2018. END_OF_DOCUMENT_TOKEN_TO_BE_REPLACED 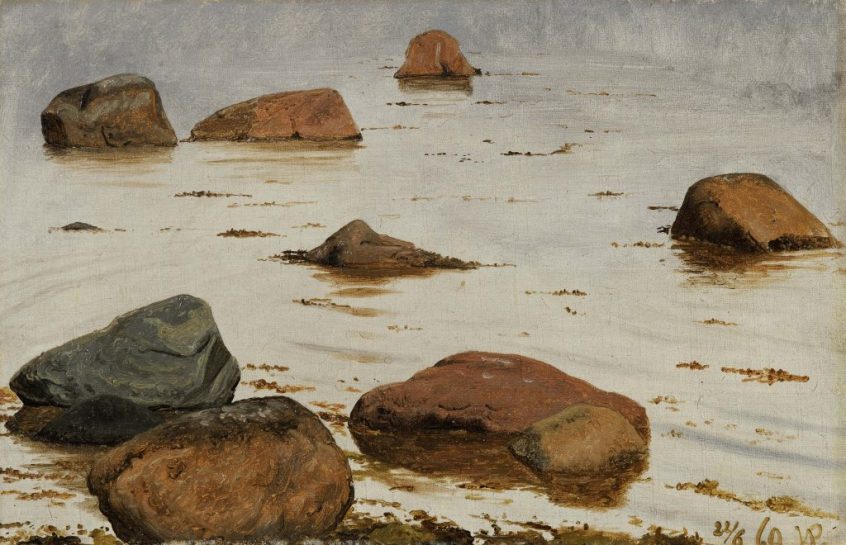 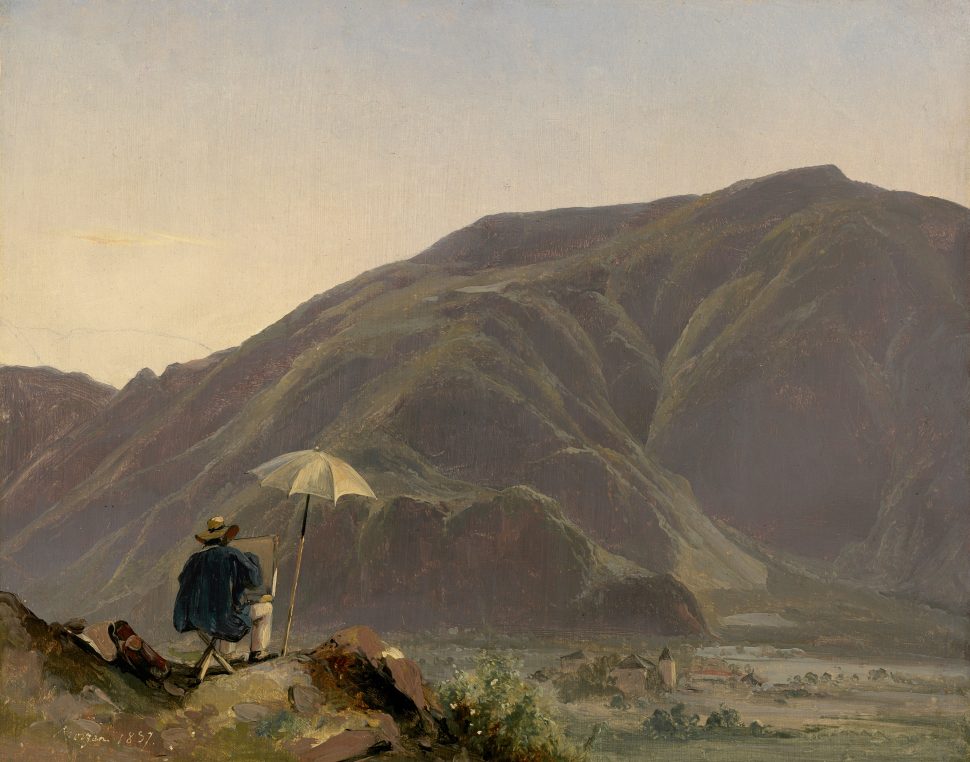 Jules Coignet, View of Bozen with a painter, 1837, National Gallery of Art Washington

When Ger Luijten introduced his new exhibition at Fondation Custodia describing “portraits of rocks” on the music of Simon and Garfunkel‘s “I am a rock”, everyone clapped in the audience. This outstanding director of the Dutch foundation is certainly the most creative curator of classical art at the moment and when he went on to read a poem on trees by the Swiss writer Philippe Jacottet (who died last February), we were all moved and inspired. The new exhibition called “Sur le motif, Peindre en plein air” “True to Nature, Open-air painting in Europe” describes the numerous painters (1780-1870) who, a century before the Impressionists, went and painted in the open air with oil. The show started at the National Gallery in Washington last autumn and will continue at the Fitzwilliam in Cambridge next May. It is totally fascinating and a great moment of emotion. END_OF_DOCUMENT_TOKEN_TO_BE_REPLACED 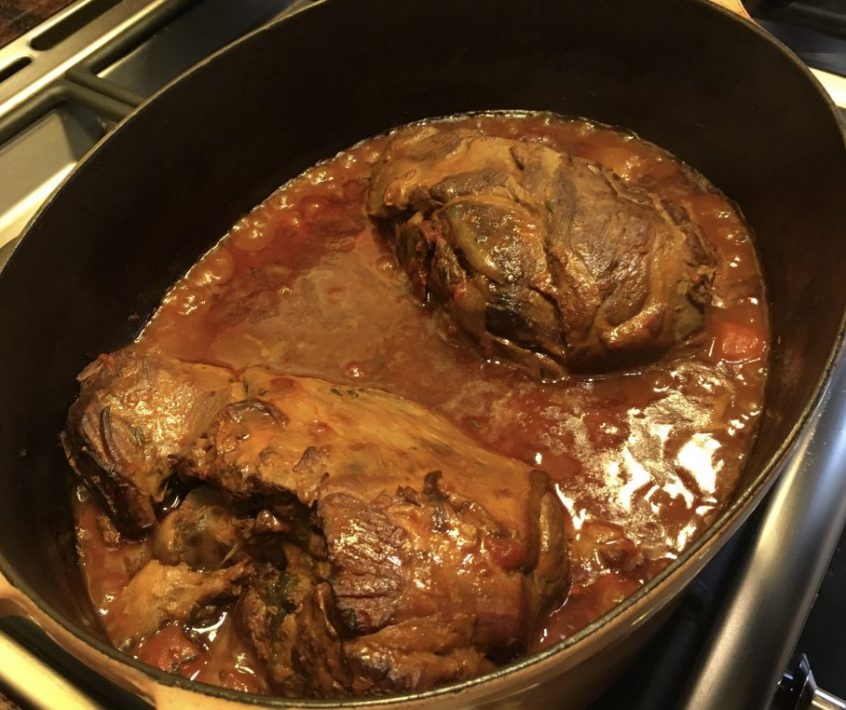 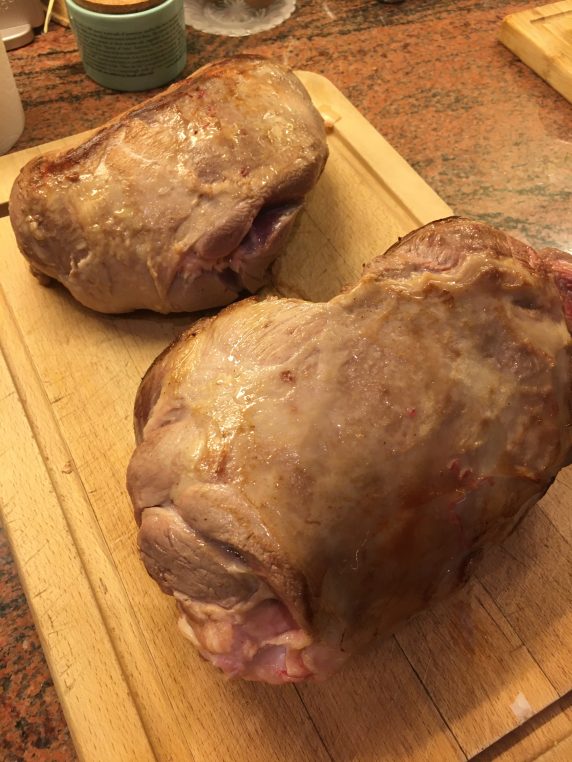 The weather was so dreary last week that I decided to flee to Brussels in my little car and spend the week end with the best chef I know who was kind enough to cook a gigot de 7 heures (a seven hour leg of lamb) one of the most comforting and delicious winter dish you can dream of. You might remember him, Joseph de Vilmorin, who already shared with us his Poulet Molière last February? It was very successful with all of you. So please enjoy with me the pleasure of cooking and mostly eating this traditional lamb, by a fireplace in a very confortable mansion. There is nothing that can rival good food and wine with exceptional friendship. END_OF_DOCUMENT_TOKEN_TO_BE_REPLACED 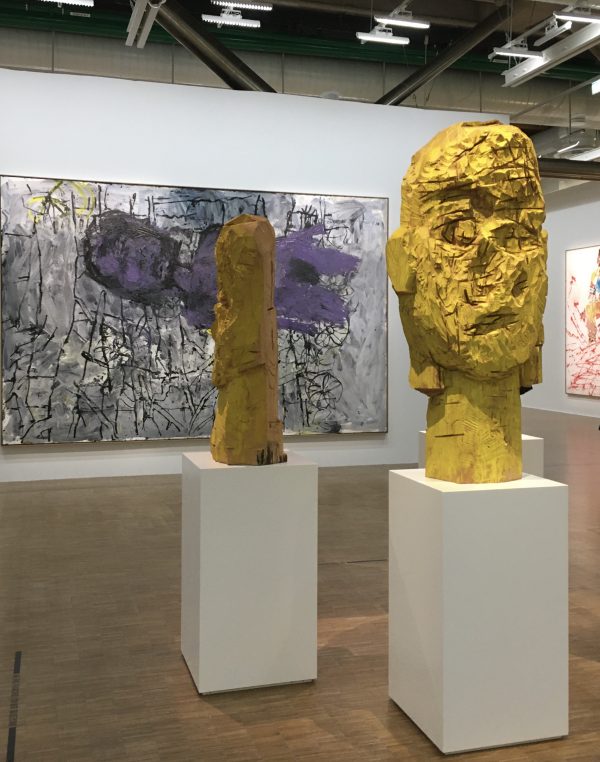 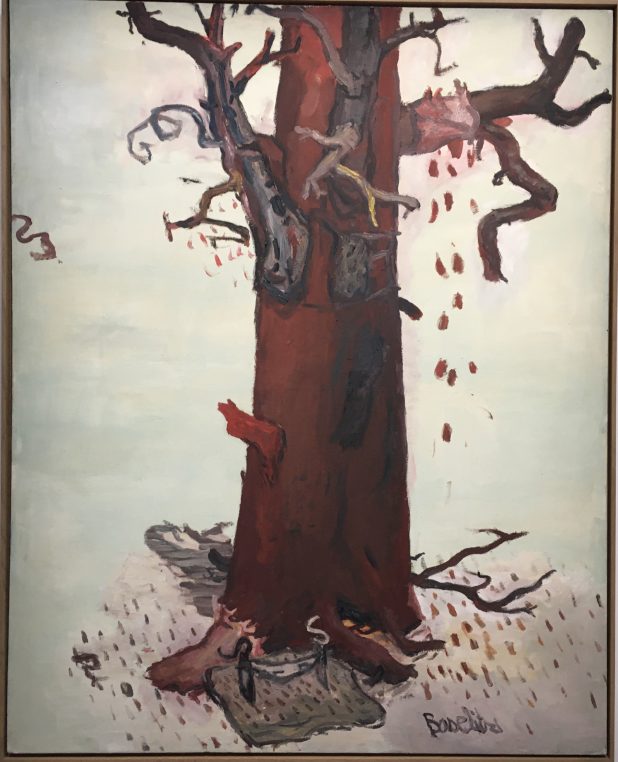 I had seen his majestic sculpture in front of the Institut where he was accepted on October 27 as a member of the Académie des Beaux Arts, and was afraid to be disappointed by his large exhibition at Centre Pompidou and it was exactly the reverse. I was stunned by the power of his paintings and loved almost all of them, dancing from one room to the other with excitement and joy. Georg Baselitz, (b.1938) was first trained in the German Democratic Republic and created a scandal in West Berlin in 1963 with his sombre iconography peopled by myths and legends. From the first painting in the show dedicated to Antonin Artaud in 1962, to the last period painted in 2019, the large retrospective of sixty years of work, is a festival of talent and colors. The show is less crowded that the Georgia O’Keefe and you can visit it without booking. END_OF_DOCUMENT_TOKEN_TO_BE_REPLACED 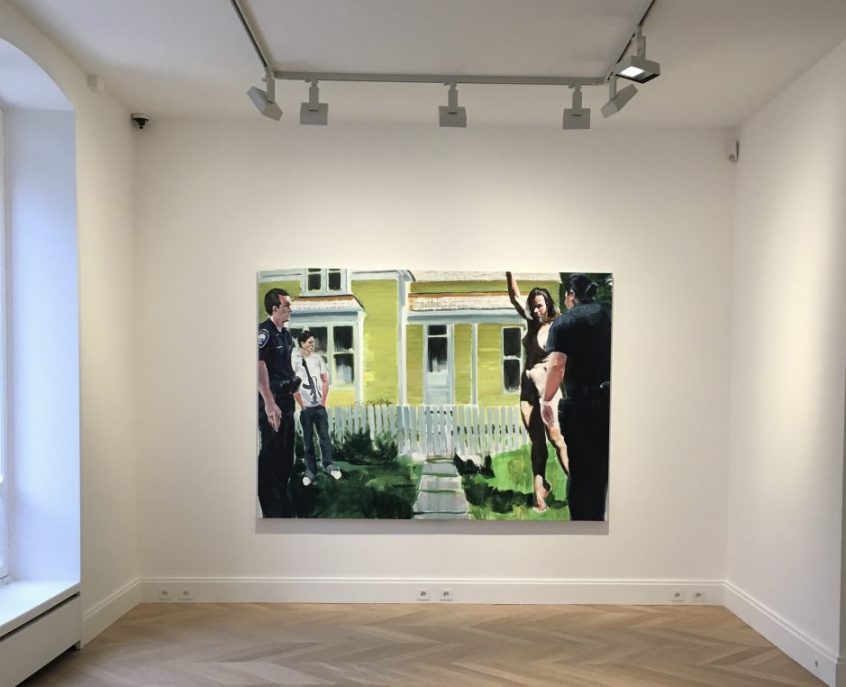 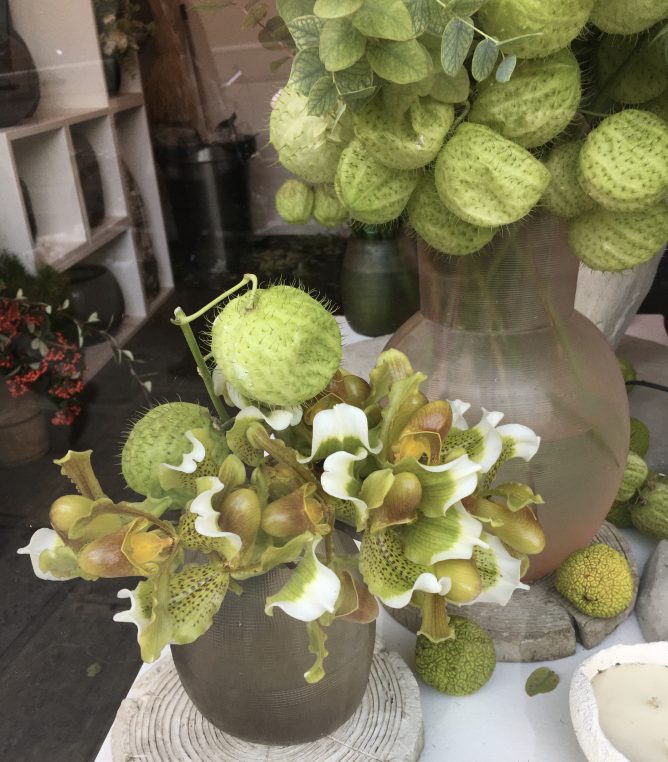 Thanksgiving was great fun in Paris with lovely faithful American friends visiting and they took me to see the new Skarstedt gallery on 2 avenue Matignon where Eric Fischl, their neighbor in North Haven, is having a show. The large space decorated by Jacques Grange is stupendous with a view of the Elysées gardens and the Eiffel Tower and just across the street from Christie’s, which the decorator has also revamped recently. I was taken to lunch at the Méditerrannée by the charming mayor of Evian les Bains, Viviane Lei, and stopped by Rosebud, the most refined flower shop in Paris, next door on place de l’Odéon. There Vincent Laissard was his own charming self and had modest refined flower arrangements. The visit of the Al Thani collection at Hotel de la Marine was both a delightful surprise for the decor and a slight disappointment for the small size of the show. At Maria Lund in the Marais, Bente Skjøttgaard shows her Danish ceramics and it’s very festive. END_OF_DOCUMENT_TOKEN_TO_BE_REPLACED 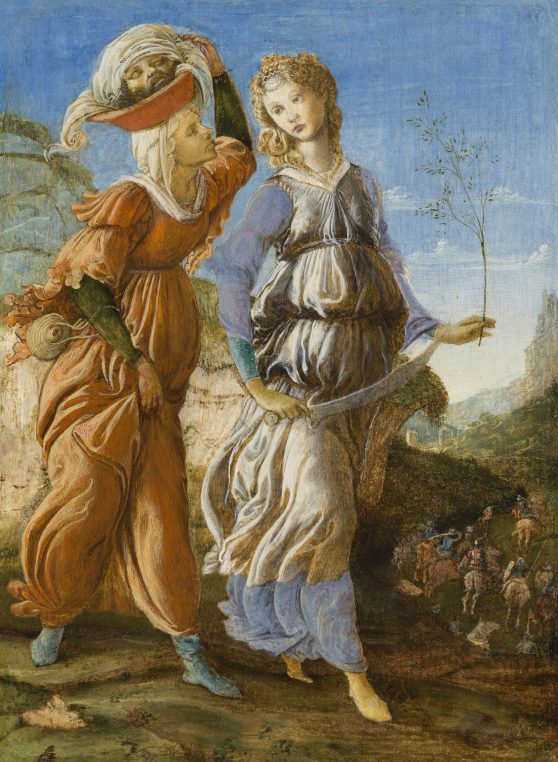 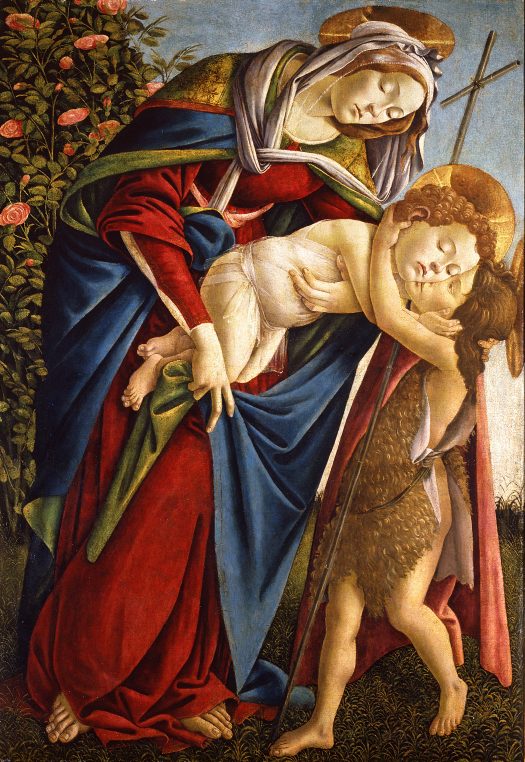 Musée Jacquemart André has accustomed us to short exhibitions of very high quality and the pretty 1875 mansion on boulevard Haussmann inhabited by painter Nélie Jacquemart and her husband Edouard André is always a source of great joy. Forty works by Botticelli are accompanied by more by his contemporaries and the accent is made here on the design activities of his studio in Quattrocento Florence. Noticed by the powerful bankers the Medici, he painted Lorenzo the Magnificent and Giuliano after he was assassinated in 1478. There are two Venuses exhibited here as well as teh famous Simonetta painted after her death and many religious themes painted as tondos or altarpieces. END_OF_DOCUMENT_TOKEN_TO_BE_REPLACED 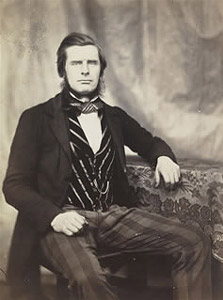 It is quite amazing to think that there were already photo reporters in 1855, fifteen years after the invention of photography in 1839, and this is what the precious Roger Fenton exhibition at Château de Chantilly is teaching us. Fenton (1819-1869) was born in Lancashire and started out as a painter in Paris in Paul Delaroche‘s atelier. He soon became interested in photography after meeting Le Gray, Henri Le Secq and Charles Nègre. In 1850 he becomes the British Museum’s official photographer. At the Great Exhibition of 1851, he perfected his interest for photography and exhibited his pictures a year later in London on Pall Mall. His views of Russia will be acquired by Queen Victoria in 1854, and she then commissioned portraits of the Royal family. She brought twenty of his prints to Napoleon III when she came to Paris on a royal visit of the Universal exhibition of 1855. All photographs shown here, in the pretty drawing galleries, belong to Duc d’Aumale‘s collections of 50 prints bought from Colnaghi. There are 61 more at Musée d’Orsay.  END_OF_DOCUMENT_TOKEN_TO_BE_REPLACED