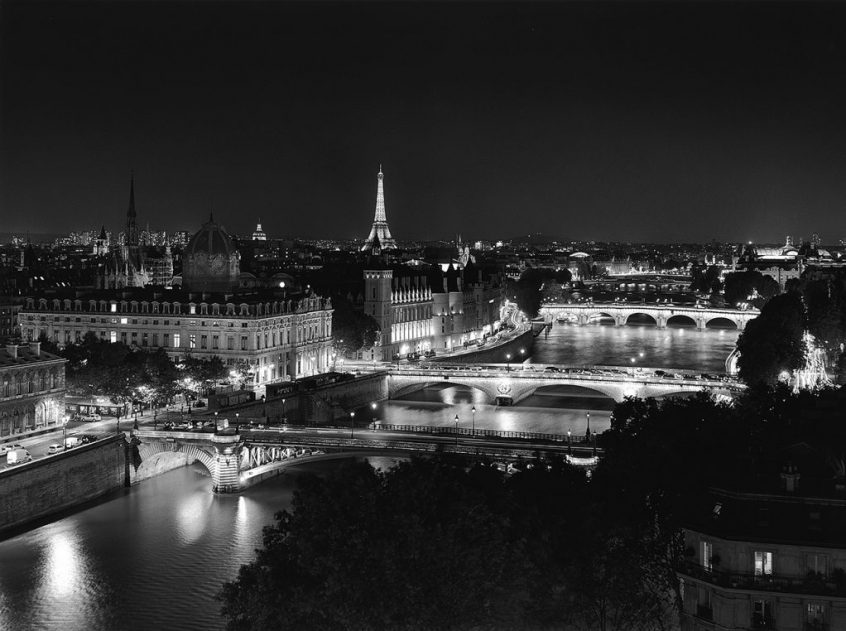 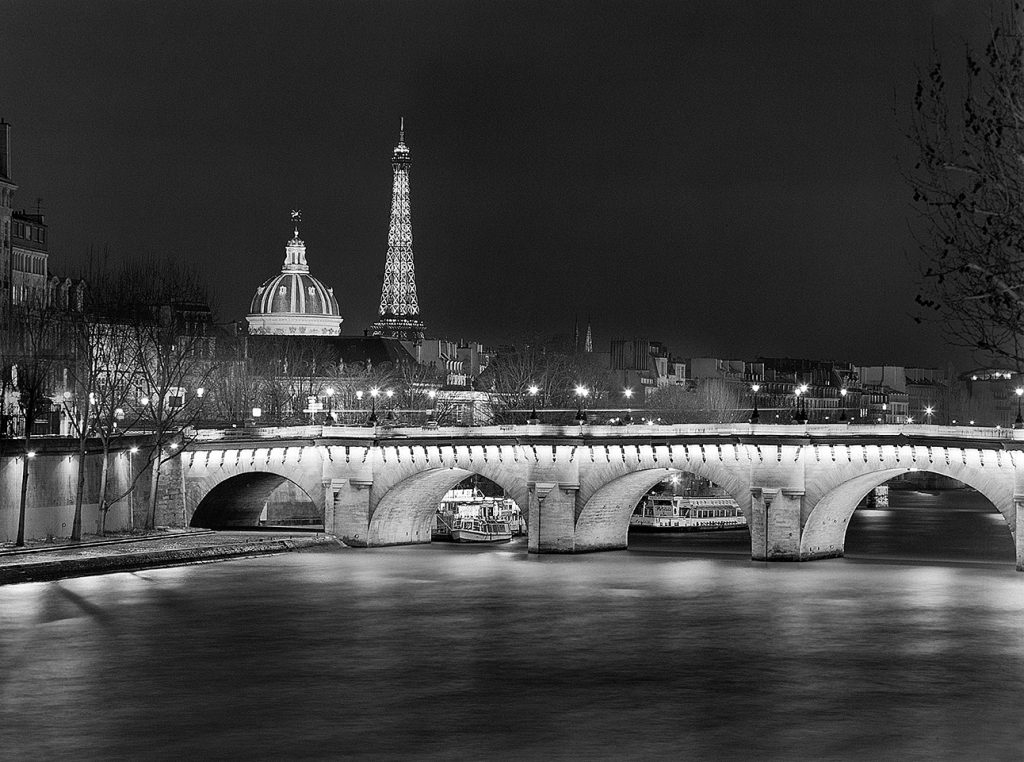 Point Neuf, built in 1607 seen from the right bank with the cupola of the French Academy and the Eiffel Tower.

Gary Zuercher moved to Paris for the only good reason there is: he fell in love with a French woman, Dominique, whom he met on a flight from Cancun to Mexico City. The book on the thirty five Parisian bridges on the Seine, “The Glow of Paris”, which he photographed at night over a period of five years, is the result of his passion for our city. It narrates its history from Pont Neuf built in 1607 to Passerelle Simone de Beauvoir leading to La Grande Bibliothèque completed in 2006. Fifteen bridges were built in the 19 th century, fourteen in the 20 th century. Here is their story told geographically, with a wonderful map, and clear explanations. 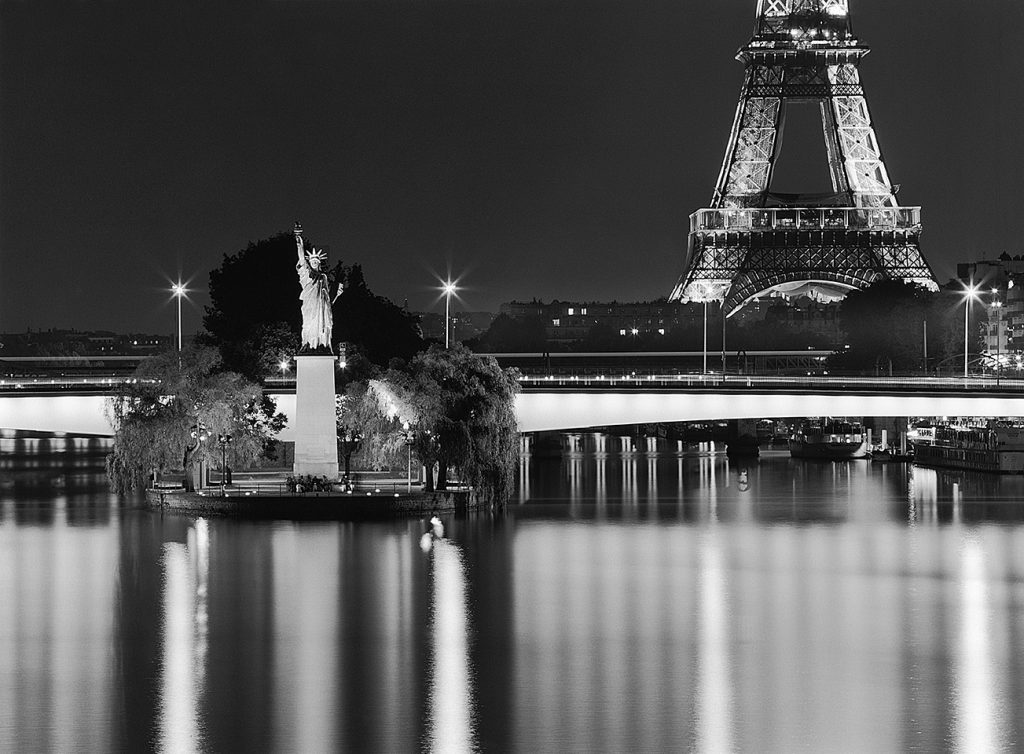 While river crossings were made by ferry since the antiquity, the first bridges were built to connect Ile Saint Louis and Ile de la Cité to the left and right banks of the Seine. The oldest bridge site is where Pont Notre Dame stands. Time after time the bridges, built in wood, were destroyed and subsequently rebuilt. The first metal bridge, a footbridge, was Pont des Arts, built in 1803 (in front of the Académie française). 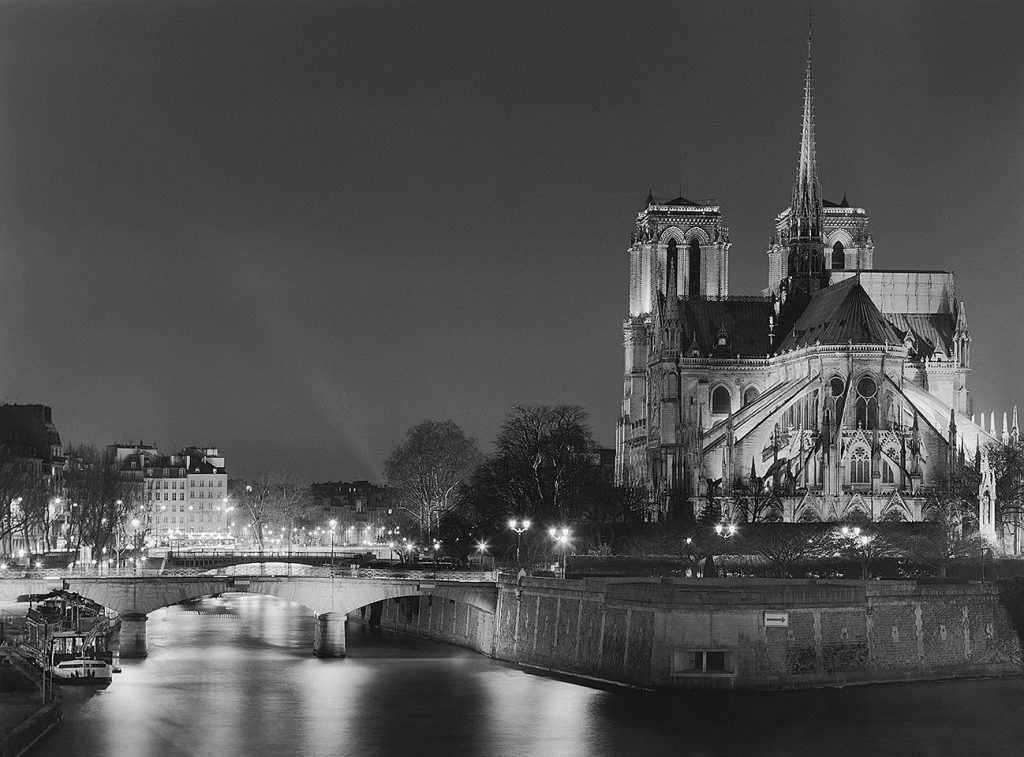 The Paris metro crosses the Seine over three Paris bridges one of which is Viaduc d’Austerlitz, built in 1904, which only serves the metro with the exclusion of all other traffic. It is made of a single span of 140 meters (460 feet) with the deck suspended from two side-by side parabolic steel arches. The engineer was Louis Biette. One of the very pretty pictures of the book is of this one with the fog closing in. There are many close up details of the decors of the bridges including the statue of “La France Renaissante” by Danish sculptor Holger W. Wederkinch on Pont de Bir-Hakeim and great shots of the trees which line the Seine. A few pictures were taken from the Eiffel Tower. 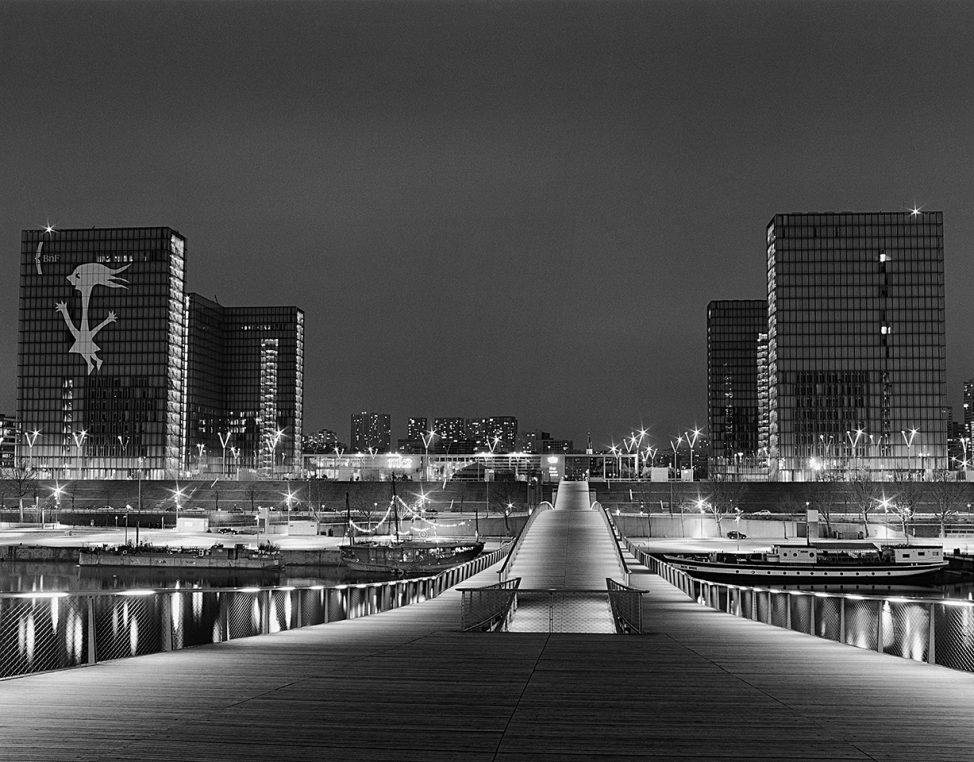 190 pages of black and white photographs of the Seine by night could seem a little tedious for the eye but the very clear historical descriptions of each bridge make the book a lively one. Gary Zuercher had a multiple career as a pilot, a business man, and a professional photographer in advertising and communication. He managed to photograph our city “after a light dinner and a glass of wine” with no public and no traffic. This must represent many sleepless nights and the result is very enjoyable.

One Comment on “Paris bridges glow at night, thanks to Gary Zuercher”