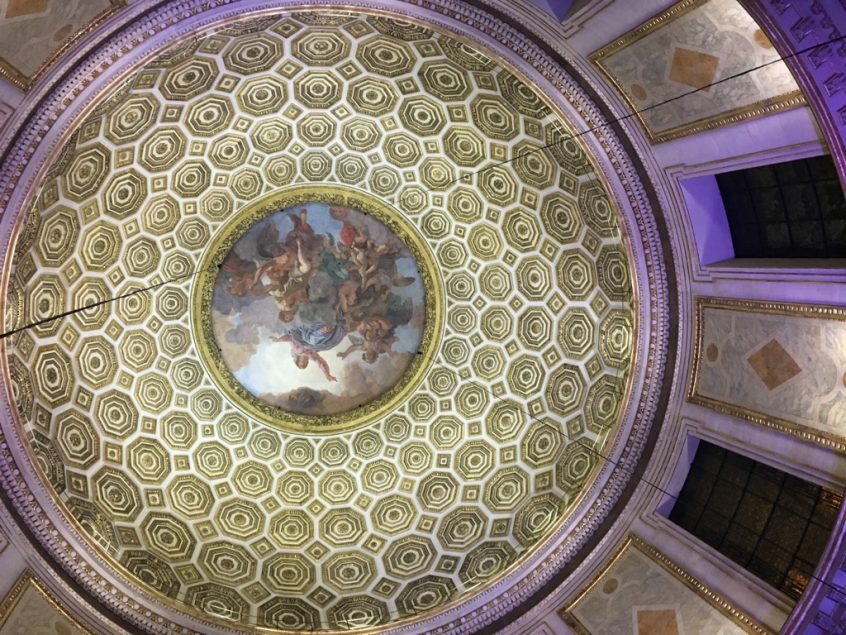 I had never walked into the Polish church, as Notre Dame de l’Assomption on rue Cambon, is commonly called by Parisians, even though it is ten minutes from my house. Typical !

And I am so glad I went, on Olivier de Rohan’s invitation, for the presentation of a new book (part of three) on Paris churches, published by Editions Picard and sponsored by Sauvegarde de l’Art français. The attraction was to discover the newly restored fresco on the ceiling by Charles de La Fosse and to hear Alexandre Gady and Mathieu Lours present the book of unique hidden ecclesiastical  treasures from the 17 th and 18 th century. 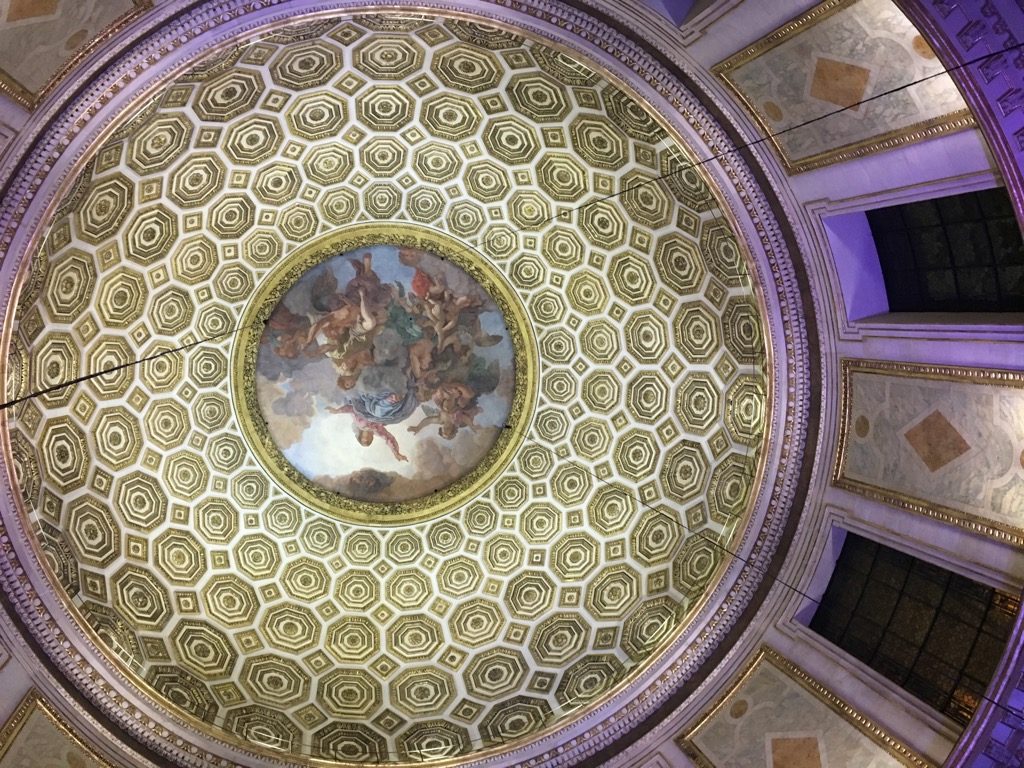 The Polish church is built with a round cupola over an open space, one of the first examples of churches accessible to the people (adjacent to a convent of « haudriettes » sisters) in 1676. Charles Errard, better known as Louis XIV th’s painter, is the architect and he was very inspired by Rome’s Pantheon from where he sent his plans. It was dedicated to Polish refugees in 1832 after the Warsaw insurrection sent many of them to Paris.

There was an organ recital after Clémentine Gustin Gomez‘s description of the La Fosse painting, one of the first fresco ever painted in a church in Paris. It was restored by the Sisley foundation run by Isabelle d’Ornano, a Polish citizen by birth. 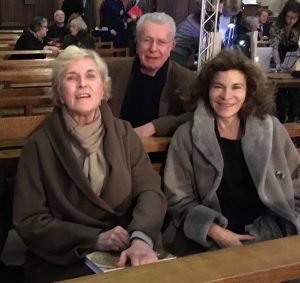 The assistance was made of Parisian art lovers and Polish aristocrats Count  Tarnowski and his daughter Sophie Caroline de Margerie, the Canadian diplomats Graeme Clark and David Ireland and Father Bruno Horaist, curé of the Madeleine, Philippe Godoy historian of the first arrondissement and Marie Louise de Clermont Tonnerre, the mythical PR of Chanel who had offered the champagne. A buffet prepared by the Polish community was served in the crypt while Mathieu Lours signed his books away. 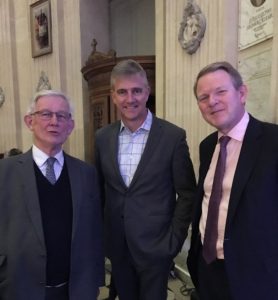 The book features the Val de Grâce, Saint Gervais, Saint Louis des Jésuites, Saint Joseph des Carmes, Sainte Geneviève…, four hundred pages of so many architectural chefs-d’oeuvre and some of them so  unknown.

It s a fabulous guide to secret monuments in Paris and you will find a precious map of all churches on page 27. The pictures allow you to see details of paintings or sculptures that are placed too high to be seen.