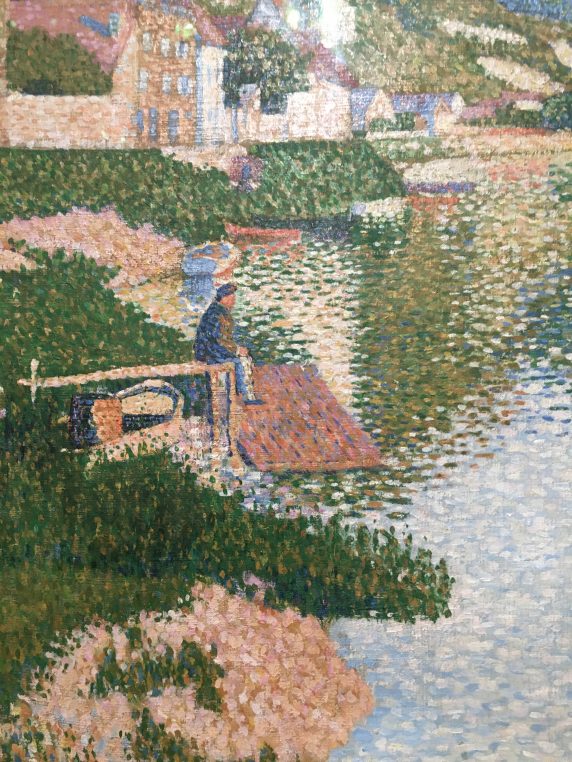 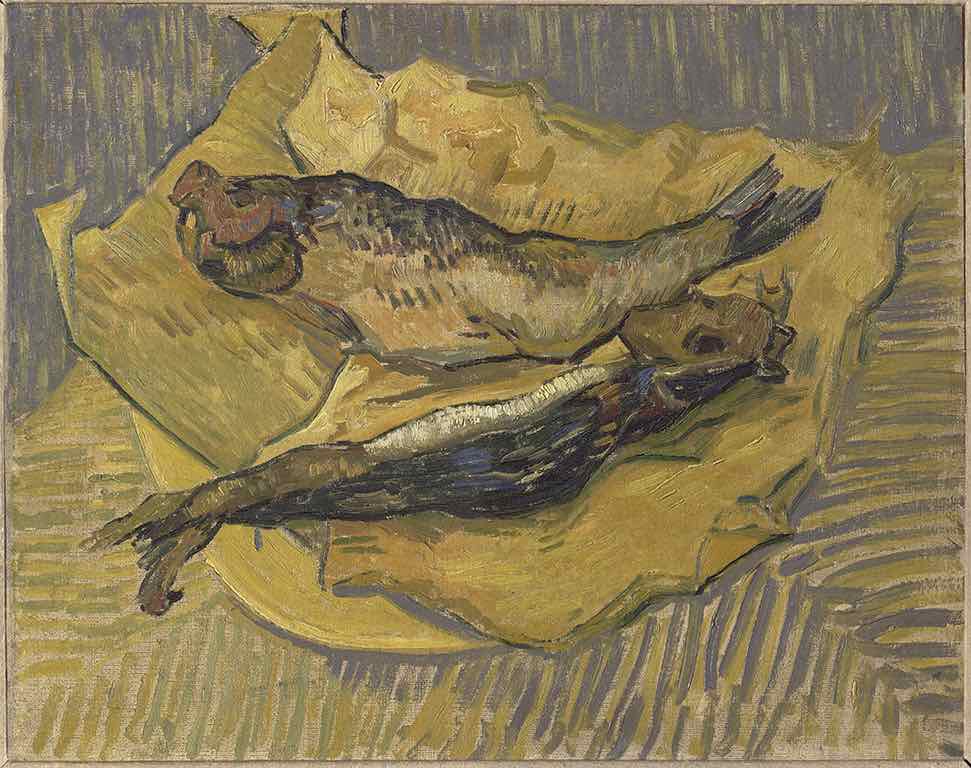 Wandering through the exhibition of “Signac, the Collector” (1863-1935) at Musée d’Orsay is one of the most pleasant experiences I have lived recently. His own works are presented in the first rooms, with magistral paintings owned by the museum, but the surprise comes from his taste and friendships with many contemporaries such as Jongkind, Manet, Pissarro, Monet, Cézanne, etc. But also with lesser known painters such as Charles Angrand, Lucie Cousturier, Maximilien Luce or Gabriel Biessy. The show is a complete round up of the most excellent works the period had to offer and it is light and charming. It is curated by Marina Ferretti-Bocquillon and his great grand-daughter, Charlotte Hellman. 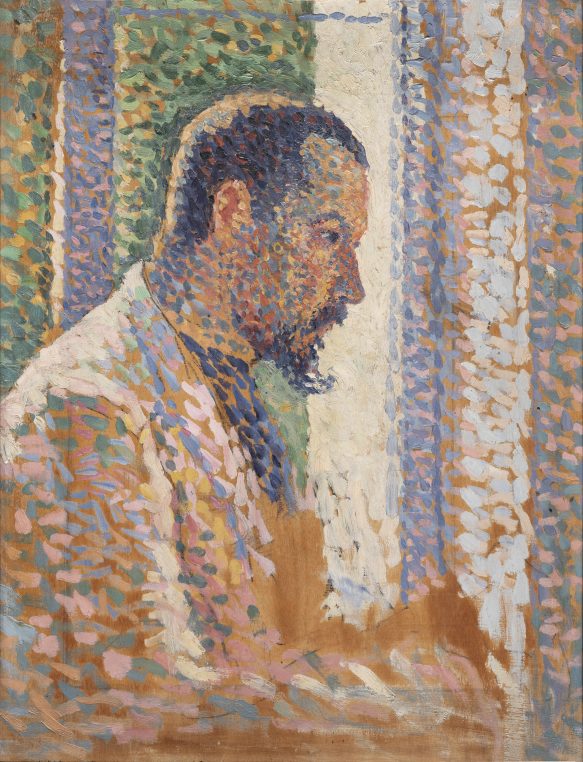 Signac was a self-taught artist and quit school at 16. He came from a well-off family and was able to acquire some of his friends paintings very early on, starting with a landscape by Cézanne. The way he collected was very emotional and he often bought works because he shared tastes and political convictions with his mates. While Van Gogh gave him “Two herrings” after he visited him in the asylum in Arles, he bought 80 works by Seurat, which are shown in a separate space of the exhibition. They visited exhibitions together and developed a very strong friendship. He also acquired 13 paintings by Cross but on the other hand he sold Degas’ “Before Curtain rise” when he realized the artist was anti-Dreyfusard. He also collected drawings by Odilon Redon, whose symbolist style was far from his original tastes. He became President of the Salon des Artistes indépendants in 1908 and thus had privileged access to new works. He selected Cézanne, Matisse, Bonnard, Marquet, Denis, Vallotton, Braque, Derain, Chagall and Kandinsky. He  stopped acquiring around 1913 when his funds diminished, after he left his wife and moved in with Jeanne Selmersheim-Desgrange and their daughter was born. 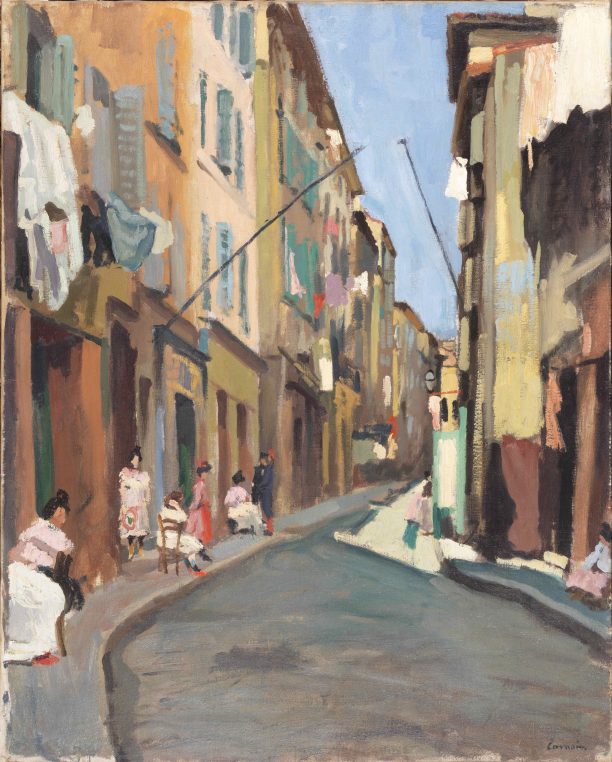 The collection comprised 400 paintings, drawings and sculptures and it was divided between his various properties, in Paris, Vivier on the banks of the Rhône, Barfleur in Normandy and Saint Tropez where he painted “Femme au puits”. His painting of “Avignon, Evening” a view of Château des Papes is superb, and the “Green sail”, a scene of sail boat in the midst of gondolas in Venice very original. The watercolors and drawings by Dutch painter Jongkind are also exceptional and his passion for this artist was such that he wrote a monograph in 1927 of this precursor of Impressionism. 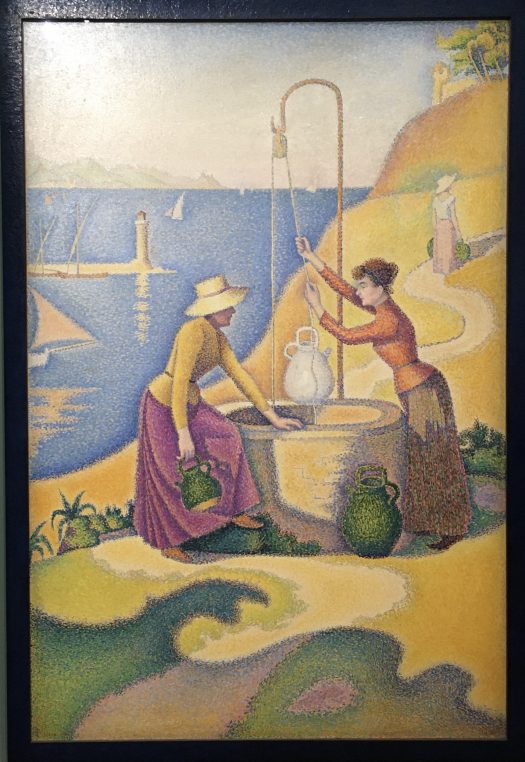 Pissarro’s “Le troupeau de moutons” and Monet’s “Pommier en fleurs au bord de l’eau” acquired in the 1880’s are wonderful as are the “Three pears” by Cézanne. Three paintings by Charles Angrand are surprising in their simplicity and two portraits of Signac sailing and his wife Berthe by Theo Van Rysselberghe painted in 1896 and 1900 are also very interesting. Maurice Denis, Van Dongen, Caillebotte end the show with Bonnard and Berthe Morisot. You will by then have spent a wonderful hour among the most charming artists of the thirty years of his collecting period at the Turn-of-the-Century.