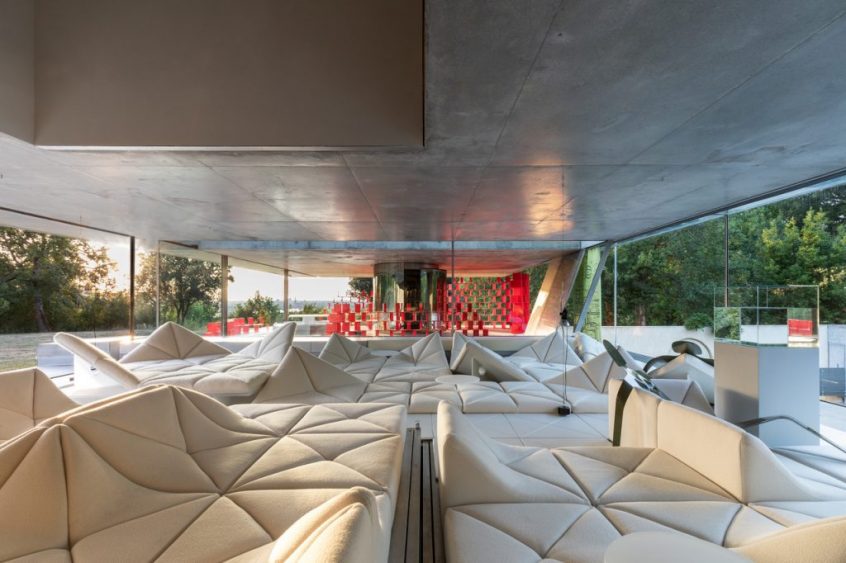 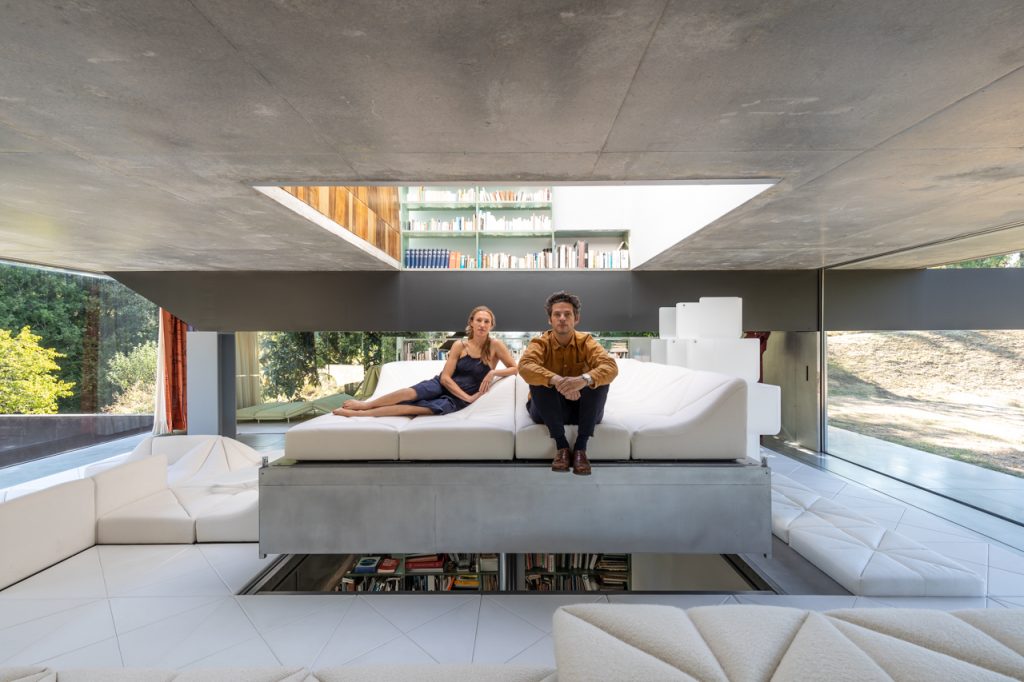 There is an exhibition which will only last a week at Sotheby’s Paris, from 31 January to February 6, which you should absolutely see and very exceptionally, I am telling you about it before it actually opens: “Paulin, Paulin, Paulin”, is devoted to designer Pierre Paulin‘s work.  His furniture, edited since he died in 2009, by his widow Maïa and by Benjamin his son is being produced again. With his wife Alice, who was raised in the famous Rem Koolhaas house in Bordeaux, this unique couple creates new worlds with Paulin’s designs. The auction house has chosen to exhibit the furniture produced for the Elysée Palace under the Pompidou and many other pieces, some of which were at Beaubourg three years ago. 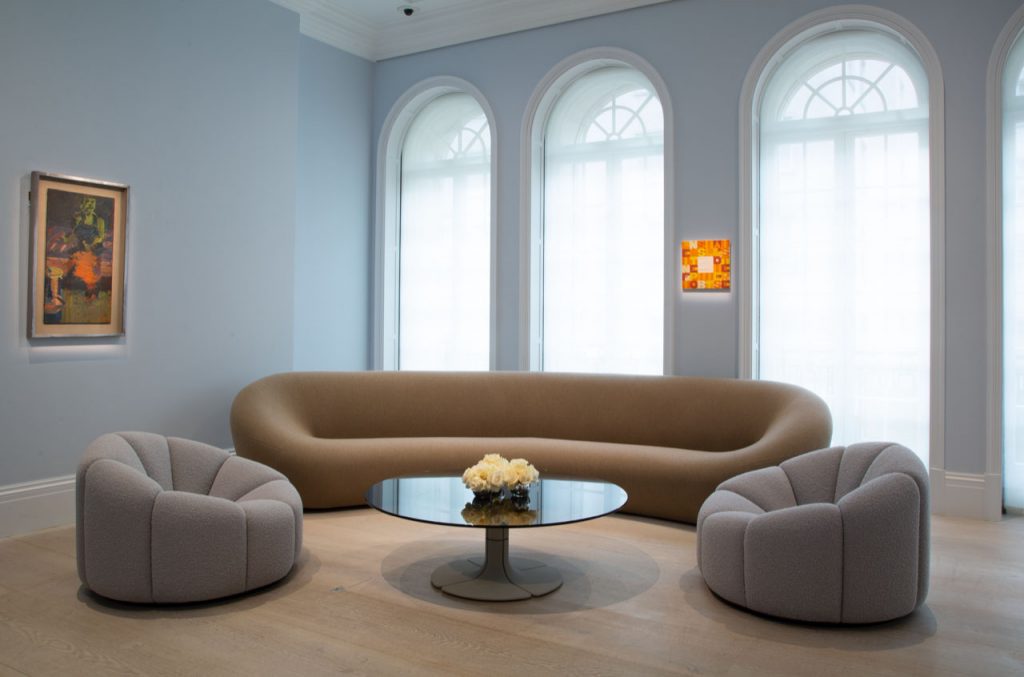 As major XX th century designers, Diego Giacometti and Pierre Cardin have already been exhibited in the beautiful space of Galerie Charpentier where  Florent Jeanniard, head of Sotheby’s Design department in Europe, is determined to attract new young crowds, across the street from the Elysée Palace.  This show was born when Paulin Paulin Paulin organized a special visit of the Bordeaux house which had been selected among the 25 most influential home designs by the New York Times magazine. They had set the decor as they will in Paris. 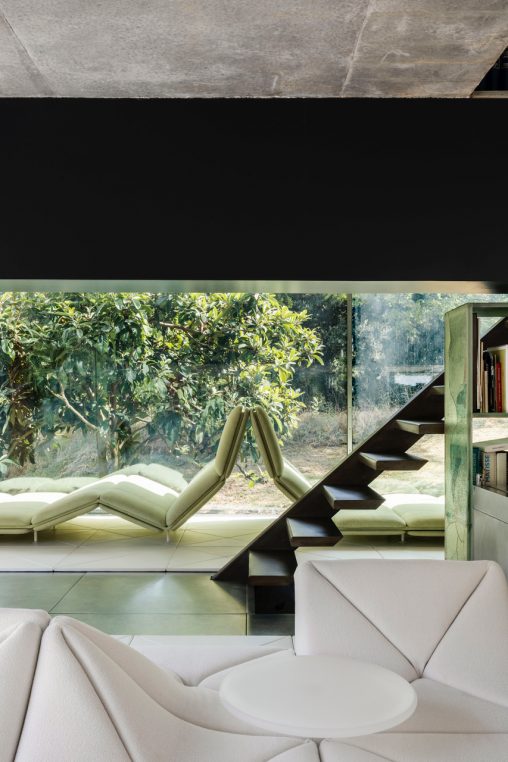 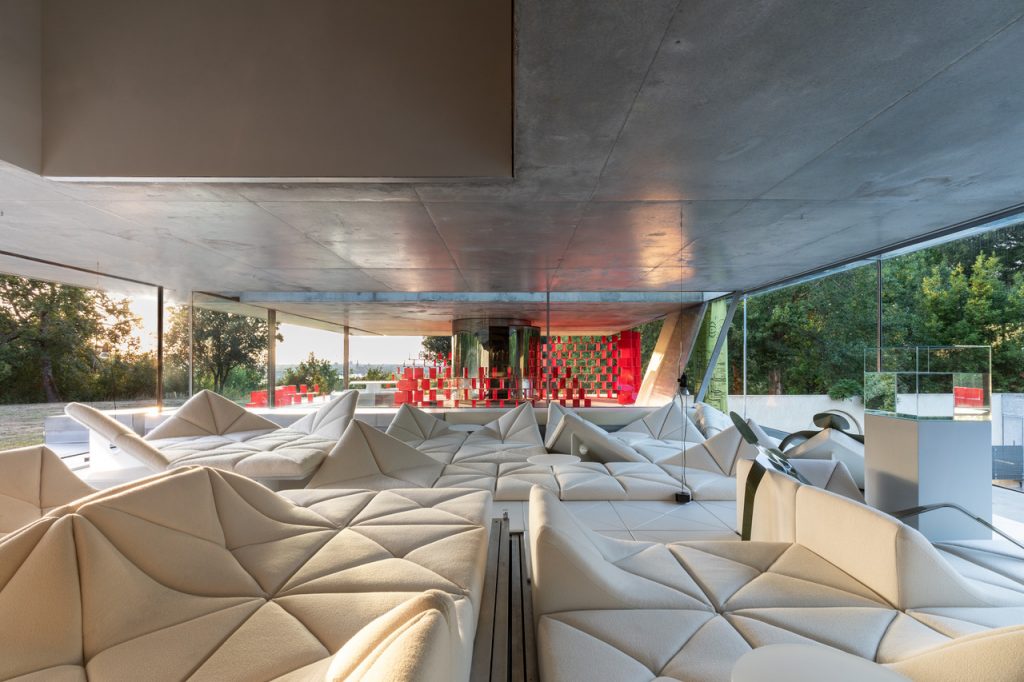 The event is bound to be one of the artistic social events of the month with the combination of design and architecture at the highest level! Both Benjamin, who is a singer and Alice, who set  aside her career as a fashion designer to work with him, are incredibly talented and driven.  And if you are curious to know more about the Bordeaux house, you can buy the video produced by Bekalemoine, who specialize in films on architecture. It is also part of the collection of MoMA.