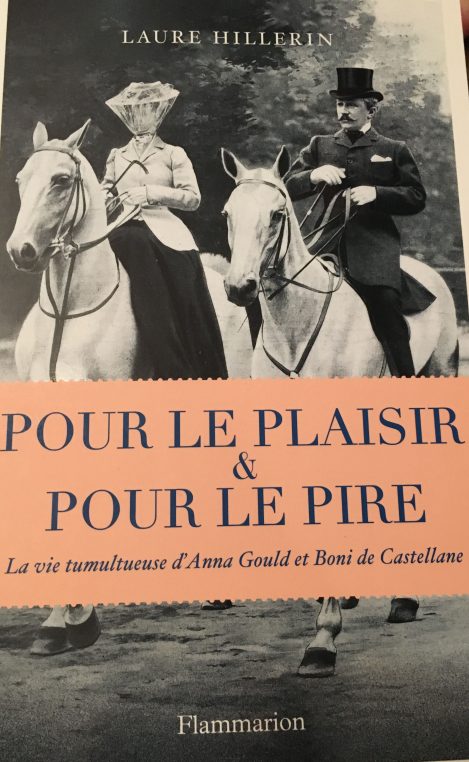 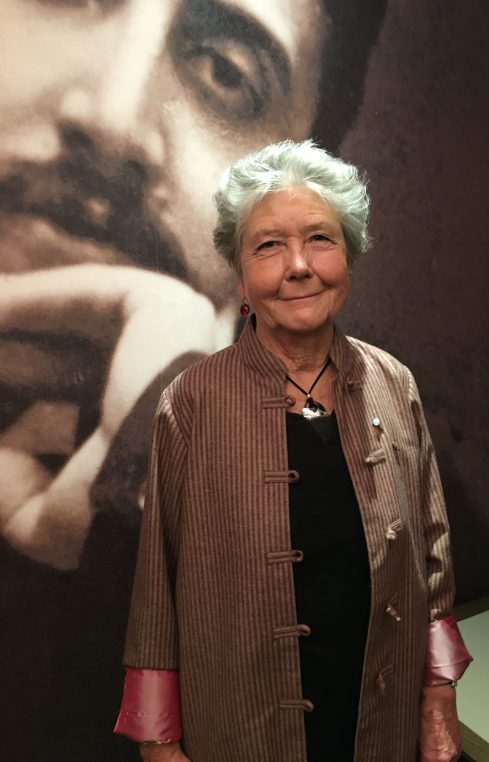 If you like to spend a cozy Christmas by the fireplace, here are a few books that you might want to be offered. A biography of Boni de Castellane and his rich American wife Anna Gould, “Pour le plaisir et pour le pire” by Laure Hillerin. Empress Joséphine’s herbarium finely studied by Catherine de Bourgoing with wonderful drawings by Redouté and Bonpland or Ventenat and a book on architect Rena Dumas who created the decors for all Hermès boutiques, Christie’s Paris and many prestigious offices around the world, published by Editions Norma, the cream of the cream of design publishers. 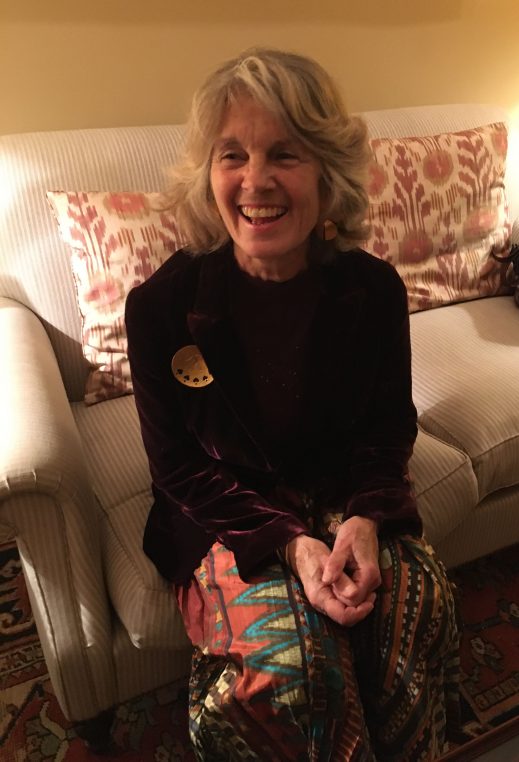 Born and raised in Martinique, Empress Joséphine always cultivated luxurious gardens and collected exotic plants. This very pretty herbarium samples rare hibiscus, phlox, magnolias and agapanthus which were brought back from faraway countries by scientists and explorers. Catherine de Bourgoing, who is a keen gardner in Paris and in Burgundy, curated an exceptional exhibition in 2017, on Pierre-Joseph Redouté at musée de la Vie Romantique. 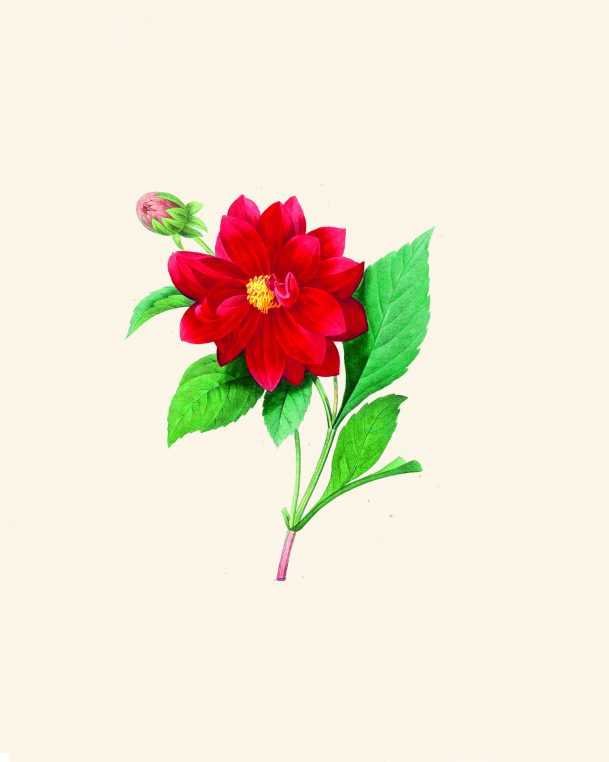 This book concentrates on expeditions for searching plants in the 18 th century, such as Buffon’s who founded the Jardin des Plantes, which not only survived the Revolution but thrived through it. In parallel, Sir Joseph Banks who traveled with Cook to Tahiti and new Zealand, followed Joséphine’s research at Malmaison from England. She was an adept of “English gardens” herself. Through the 126 hectares of Malmaison gardens, she planted rhododendrons and poplar trees from Italy as well as rare Araucaria from Chili. She also had three types of greenhouses, and an orangerie for 300 pineapple. 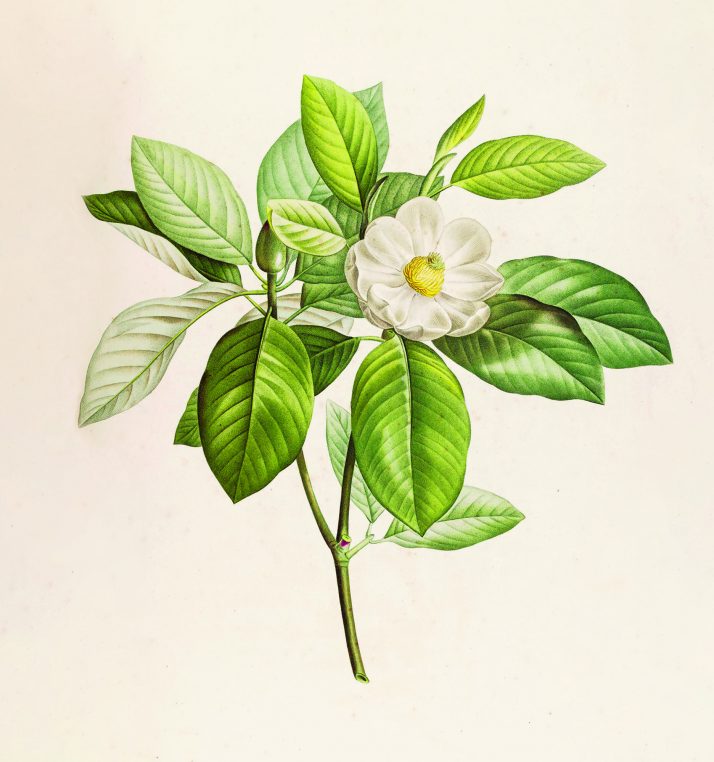 Magnolia Virginiana, by Bonpland, was brought by Mark Catesby from Virginia. Its smell of lemon pleased Joséphine

What is enchanting in the book is the research made by Catherine de Bourgoing, a thorough botanist herself, on the origins of each flower. She studied every invoice and delivery papers to find out how John Kennedy in England, distributed the first dahlias and zinnias. How American trees were sent to Joséphine. How the greatest names of British aristocracy were involved in preserving and developing the imported species. The book is a delight to read as well as to look at. 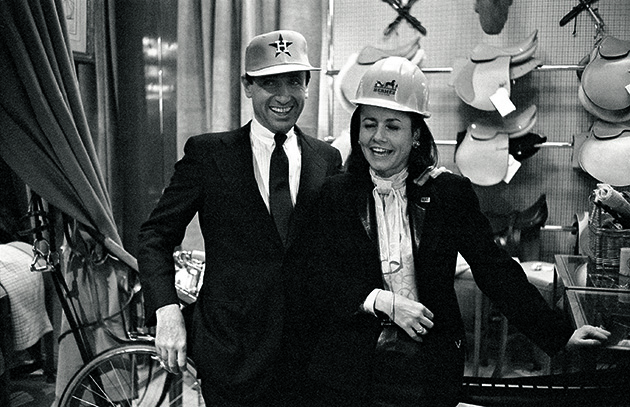 Rena Dumas was, with her husband Jean-Louis, the President of Hermès, the queen of design in Paris. They both died too young (she in 2009), but the book published by Norma Editions this week, pays a beautiful tribute to her architecture style. This Greek tasteful designer, developed a simple chic and luxury, which is still adopted by Hermès today. Her company survives her, and works all around the world. 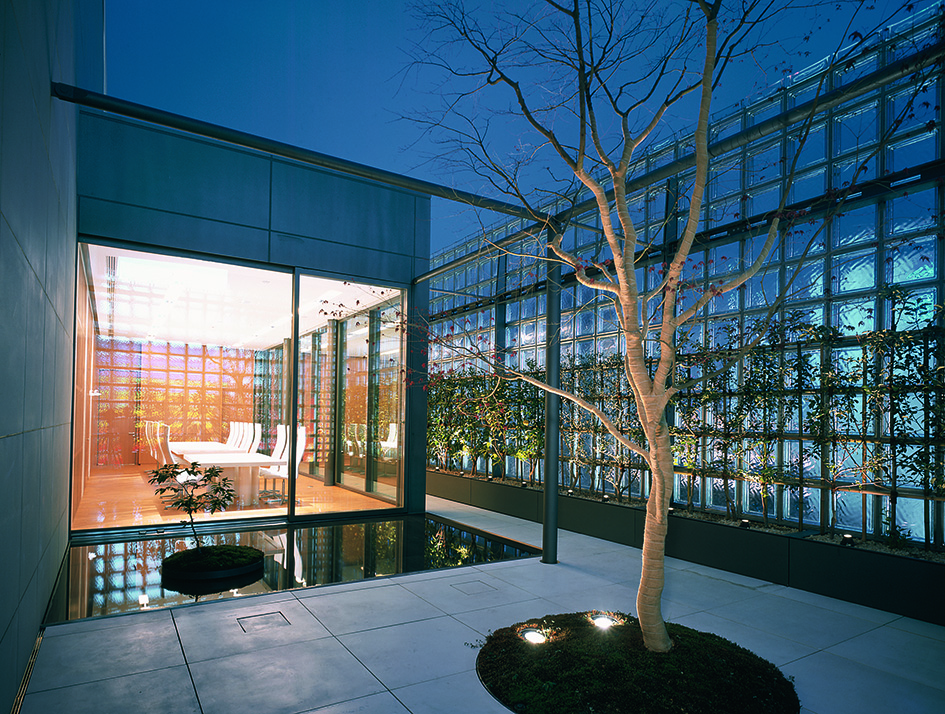 Meeting room and rooftop terrace of the Ginza Hermès shop, designed by Renzo Piano in Tokyo in 2001.

I realized while reading the book that places I loved, like the library at Christie’s Paris, John Lobb’s shop  and Hermès Left Bank space on rue de Sèvres, were all designed by her. But so were the Capgemini Les Fontaines center near Chantilly and Artemis’s offices. She also designed Hôtel Pergolèse and the Hermès workshops in Pantin. The book is both technical enough to be inspiring for designers, and accessible and pretty enough for the general public. 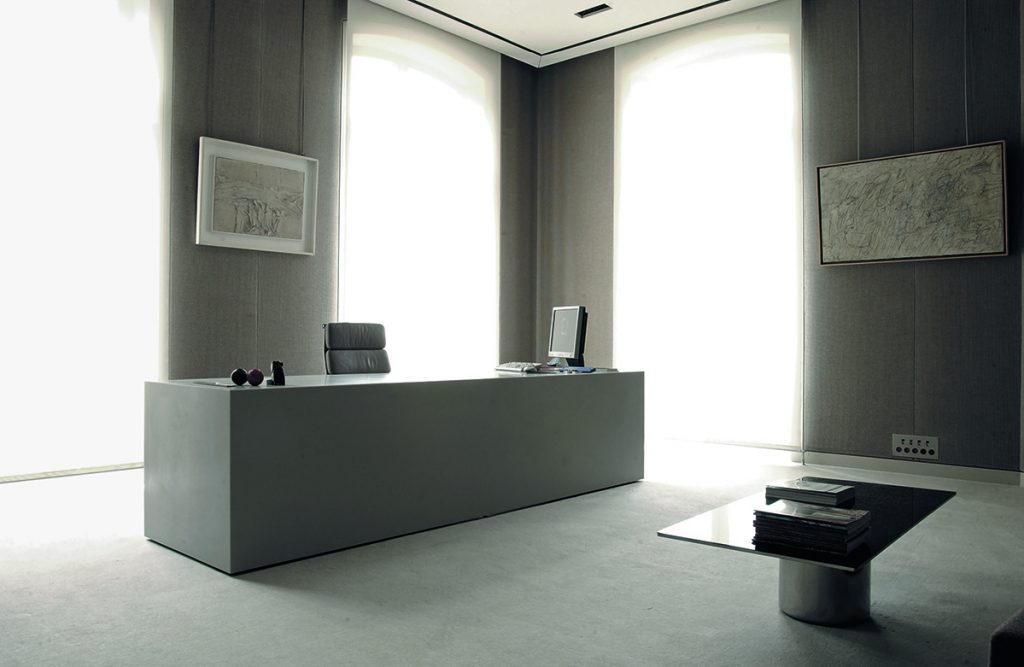 The offices of Artemis, the François Pinault holding

These three ladies are very strong and interesting, each in their domain. From society biography of the turn of the century to Imperial gardener and International designer, this is my choice for Xmas reads. I hope you enjoy them… 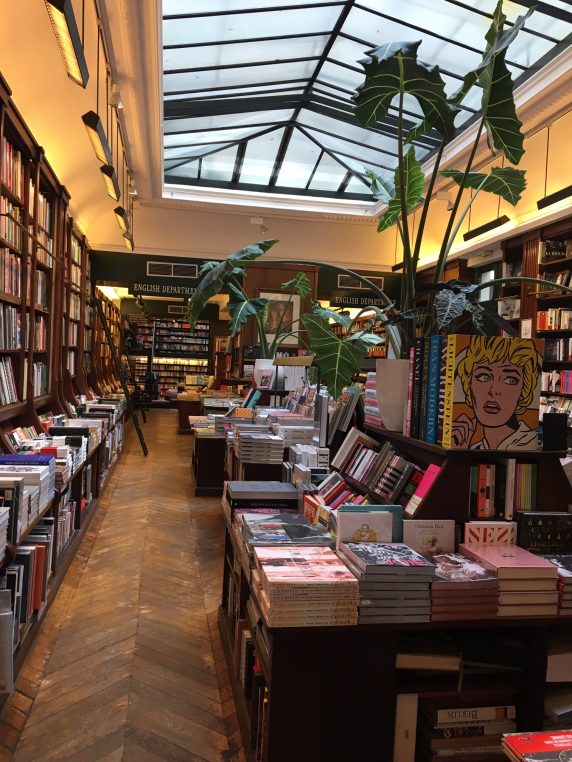