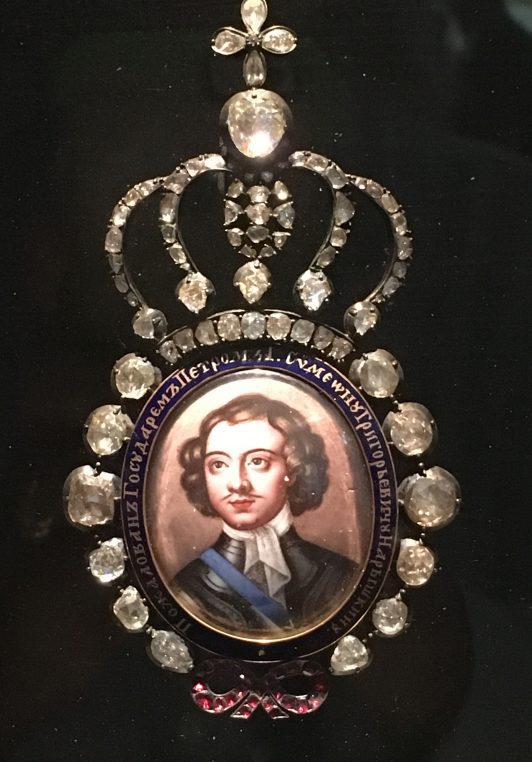 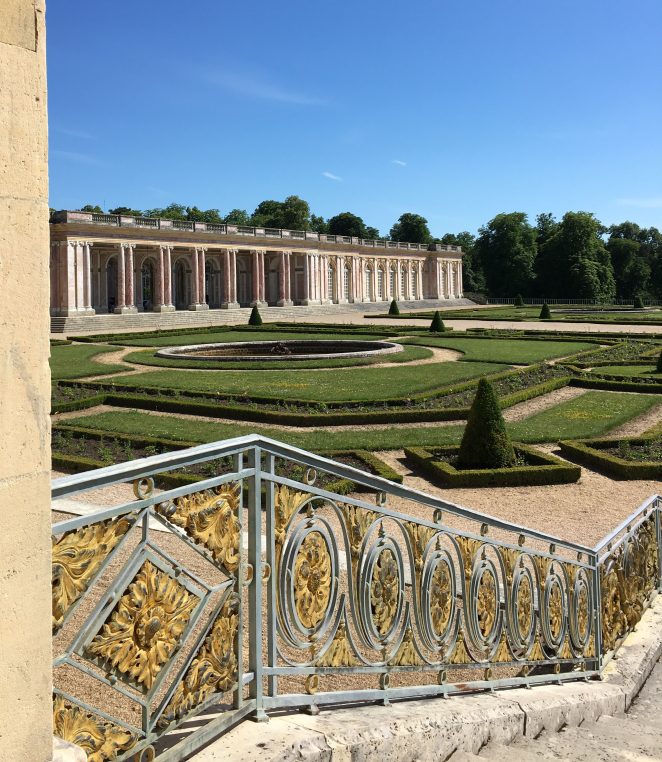 The Grand Trianon at Versailles was used by General de Gaulle for state visits and it was one of Emmanuel Macron’s great « coup » to invite Vladimir Putin there, for the inauguration of « Peter the Great, a tsar in France », an exhibition conceived with St Petersburg’s State Hermitage Museum, to celebrate one of history’s greatest monarchs’ visit to France, 300 years ago. 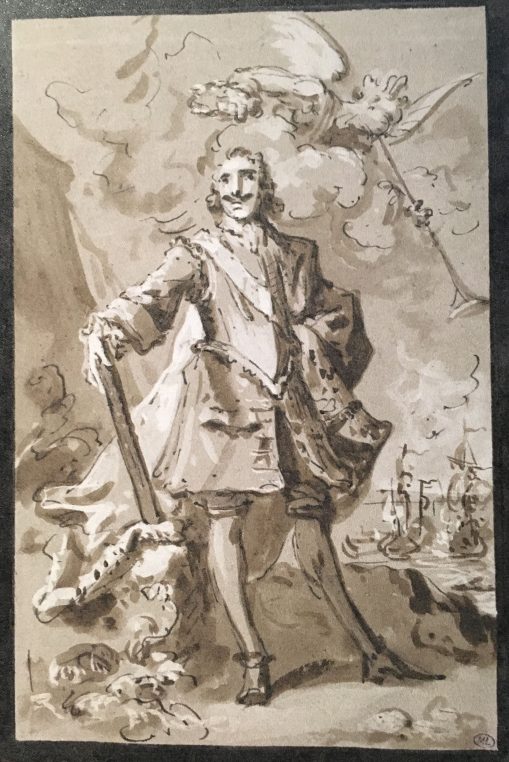 The park of Versailles could not have been more beautiful with its fountains in action and the grand canal filled with boats, and one could easily visualise the tsar of all Russias staying there in 1717, two years after Louis XIVth’s death and holding in his hands the young Louis XVth, age 7. He came through Beauvais and Beaumont sur Oise on May 7 th and was immediately drawn by Jean Baptiste Oudry who managed to produce the painting for his arrival in Versailles a few days later… 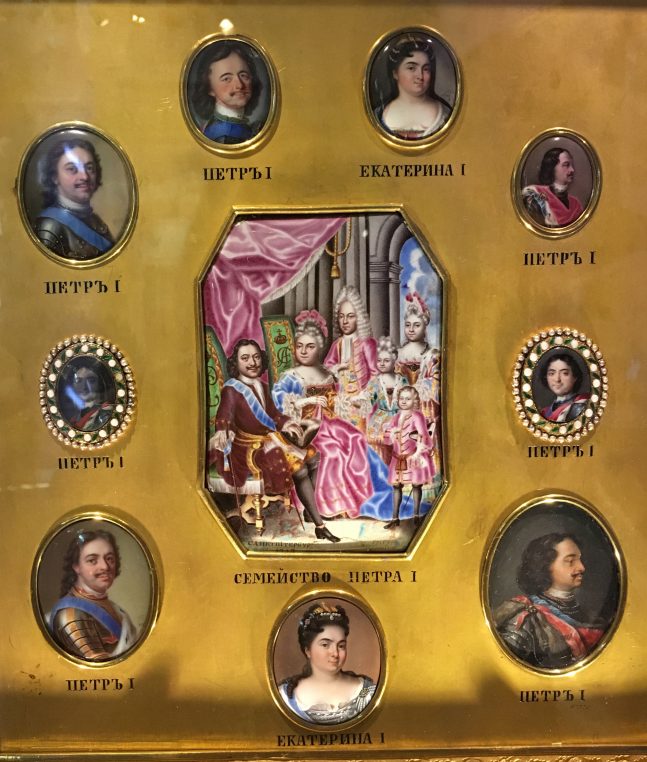 Ivan Dipner, Miniatures under glass of Peter 1st, his wife Catherine 1st and their family, 1824

Peter the Great was an avid traveller and as President Putin called him a great Reformer. « He wanted his empire to be modern and turned towards the future. He was interested in sciences, military and naval improvements. In 1703, he founded St Petersburg which remained for many years the capital of Russia ». 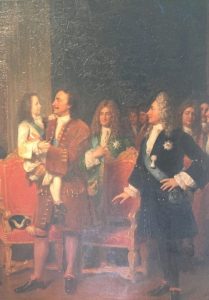 During the two months he spent in France, Peter the Great acquired many books and scientific instruments and brought back with him French architects and painters. Peterhof, which he was building at the time, is architecturally influenced by this visit.

There are many portraits of the emperor in the show but what I preferred were the miniatures and precious boxes and the different books describing the presents given to Peter I, including a coin engraved with his face and tapestries from the Gobelins. The document of the Alliance treaty signed on August 15, 1717 is particularly moving and must have interested Macron and Putin! 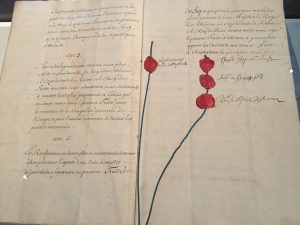 So this show, probably initiated by Catherine Pégard, President of Versailles, is of specific interest today.  It is an easy way to apprehend history and its importance in every great state’s decisions.

(Grand Trianon in Versailles is accessible par car, or by bicycle and  the exhibition runs until September 24)

On a lighter note, I then went to visit a magical courtyard, “La Cour des senteurs“, near the entrance of the main parking of the Palace. There are three different decoration, food and fabric shops and soon, a tea room, which promises to be the best spot to relax after visiting the castle. 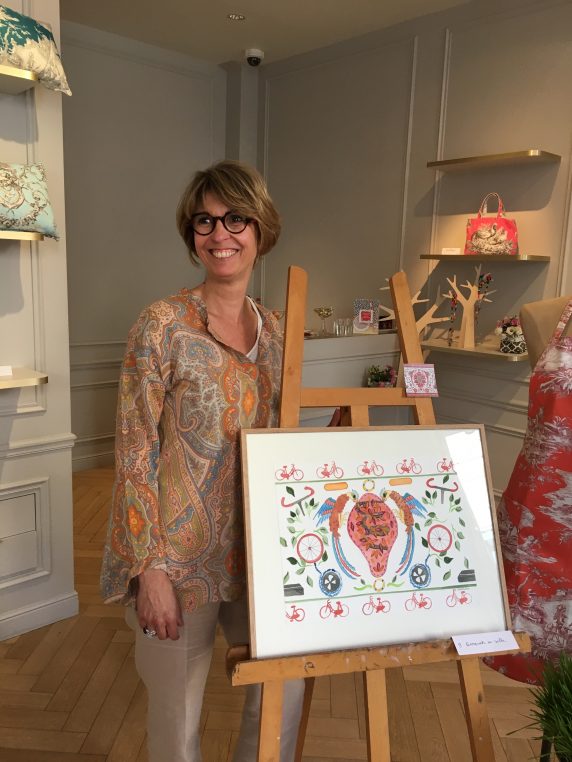 Noémie de Yturbe was exhibiting her new bicycle watercolors on the theme of “Toile de Jouy” and I took advantage of this to buy a few candle screens and umbrellas. The atmosphere Is so kind and relaxed there that you immediately know you are not in Paris. The well-to-do ambiance of the town of Versailles permeates every item. 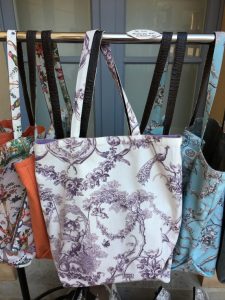 A collection of bags with towel de Jouy prints 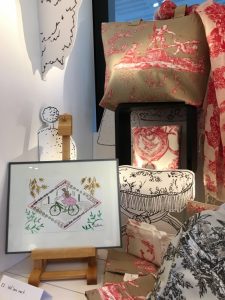 Emmanuelle Lebugle who runs the shops has great taste and one can indulge in very rare olive oil or jams made at château de Mongraham as well as buy plexiglass trays and paper mats from the toile de Jouy collection.

Trust me it’s as important to visit La Cour des Senteurs as it is the Galerie des Glaces !

One Comment on “Peter the Great at Versailles and more goodies”