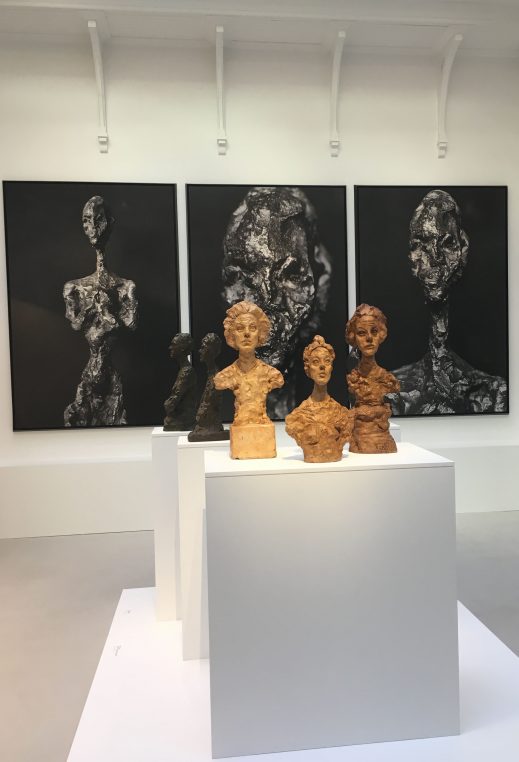 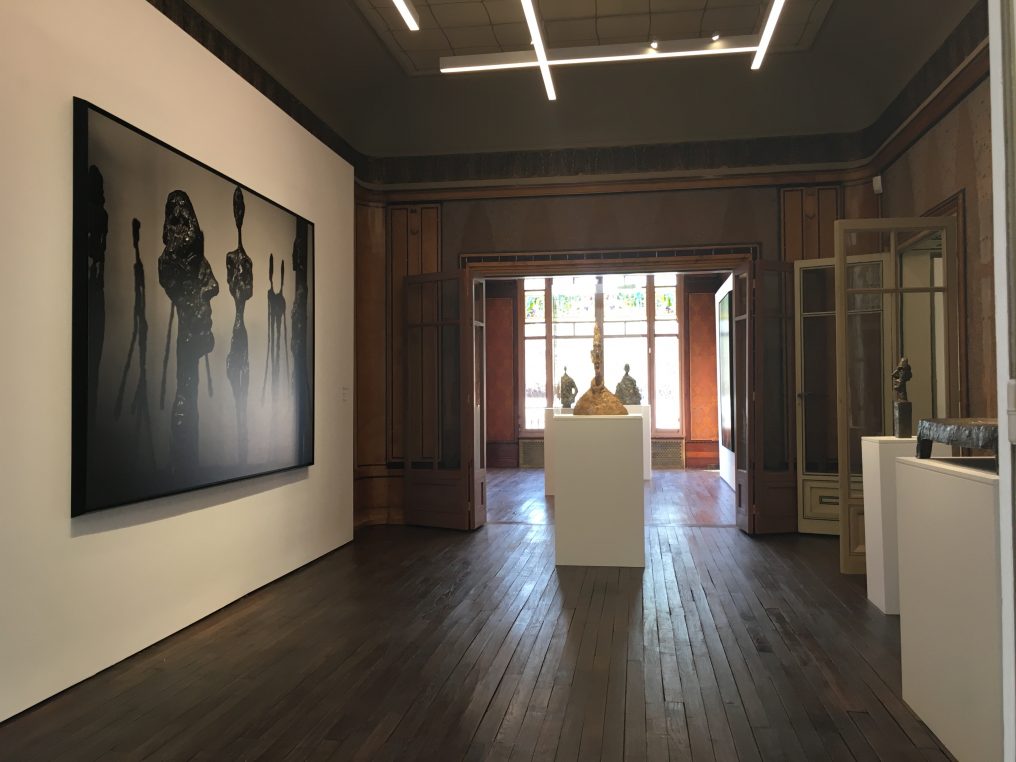 On the first floor of the studio, Lindbergh photos interplay with Giacometti’s heads

German photographer Peter Lindbergh (born 1944) is well known for discovering new models such as Linda Evangelista and Christy Turlington in the 1980’s, who would become the greatest in the world for a few decades. He changed the conception we had of them as clothes bearers to super stars. His black and white fashion photographs are unique and working with him on the lanolin campaigns was always a delight. He has been invited by Fondation Giacometti in 2017, to spend three days in their reserves where he shot 15 000 pictures of the master’s sculptures. Approximately ten of them are exhibited in the delightful Fondation Giacometti overlooking the Cimetière Montparnasse.

In the first documentation room, I was disappointed to find group pictures of faces by Lindbergh put side by side with Giacometti’s drawings. A portrait of Jeanne Moreau next to a woman’s portrait. I felt irritated that Lindbergh had picked works and tied them to his own pictures which I nevertheless find remarkable. But as soon as I walked into the main studio on the first floor,  I was excited by the vision of a large photograph with the sculptor’s heads in the foreground. A spectacular vision.

The studio is located one block from Fondation Cartier and is very reminiscent of Montparnasse’s artistic years (the 1920’s) which Giacometti knew well when he moved to Paris with his brother Diego. The very large collection of the Foundation enables it to show different sculptures with each exhibition, since it opened in June 2018. After Jean Genet and Annette Messager, this new conversation with Peter Lindbergh brings an interesting modernity and contrast to the works. 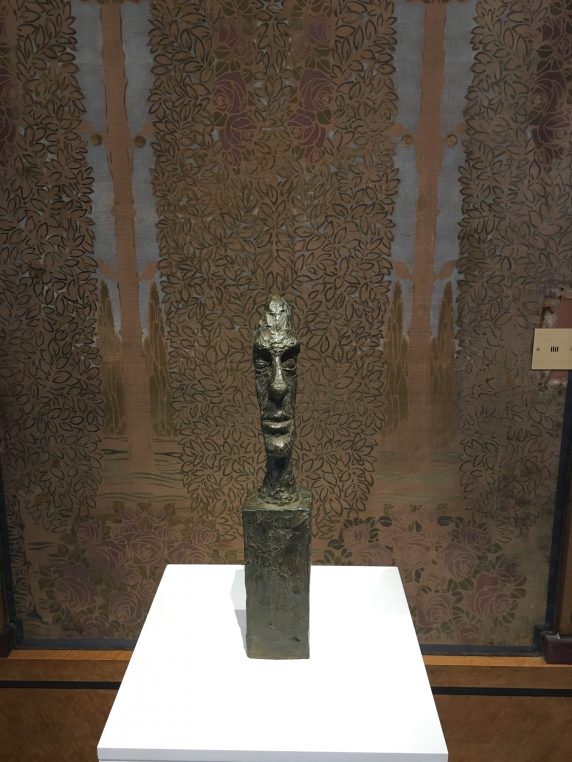 And Giacometti’s sculptures are just spectacular.

Make sure to go and see “Alberto Giacometti Peter Lindbergh/Saisir l’invisible” (capture the invisible) at the foundation before March 24. You don’t have to book ahead anymore which brings more flexibility to the visit. 5 rue Victor Shoelcher, Paris 14