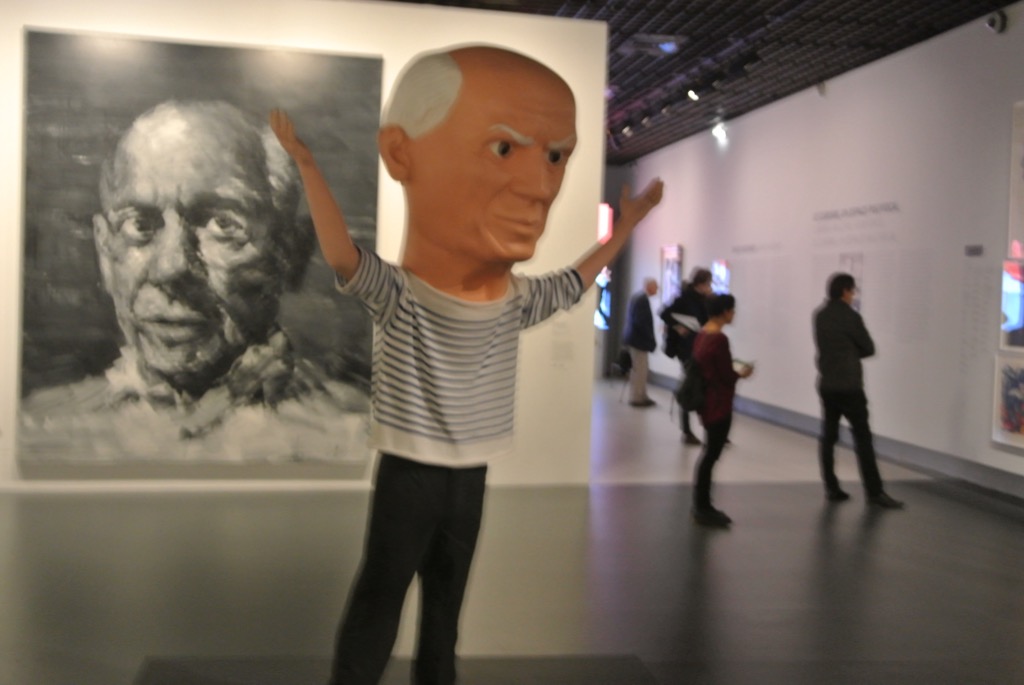 There is something immediately uplifting in the first room of the Picasso.mania exhibition at Grand Palais. A large wall of 18 video interviews of contemporary artists such as Miquel Barcelo, Bertrand Lavier, Julian Schnabel and John Baldessari… talking about Picasso’s influence on their lives. One is immediately struck by the artist’s modernity. The second room is equally energetic with Yan Pei-Ming, Chéri Samba and Maurizio Cattelan’s dynamic works. Like the good first page of a book, these introductory pieces set the tone. And the long walk through the 412 works (among which 100 by Picasso) is a constant amusement and entertainment of the eye. 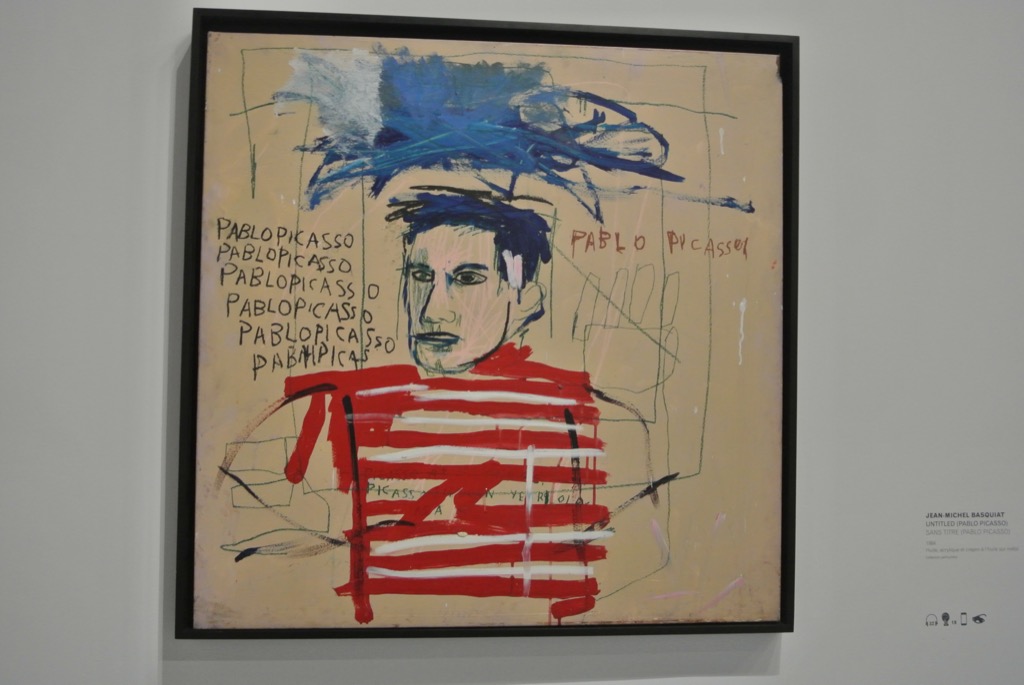 There have been twenty exhibitions of Picasso’s since his death in 1973 but this is the first to celebrate his myth and influence on future generations of artists. Curated by Didier Ottinger from the Pompidou center and Diana Widmaier-Picasso (his grand daughter, daughter of  Maya and sister of Olivier), it is a joyful tribute to a versatile genius. Many videos, (including a fantastic « Jongleurs » by David Hockney, 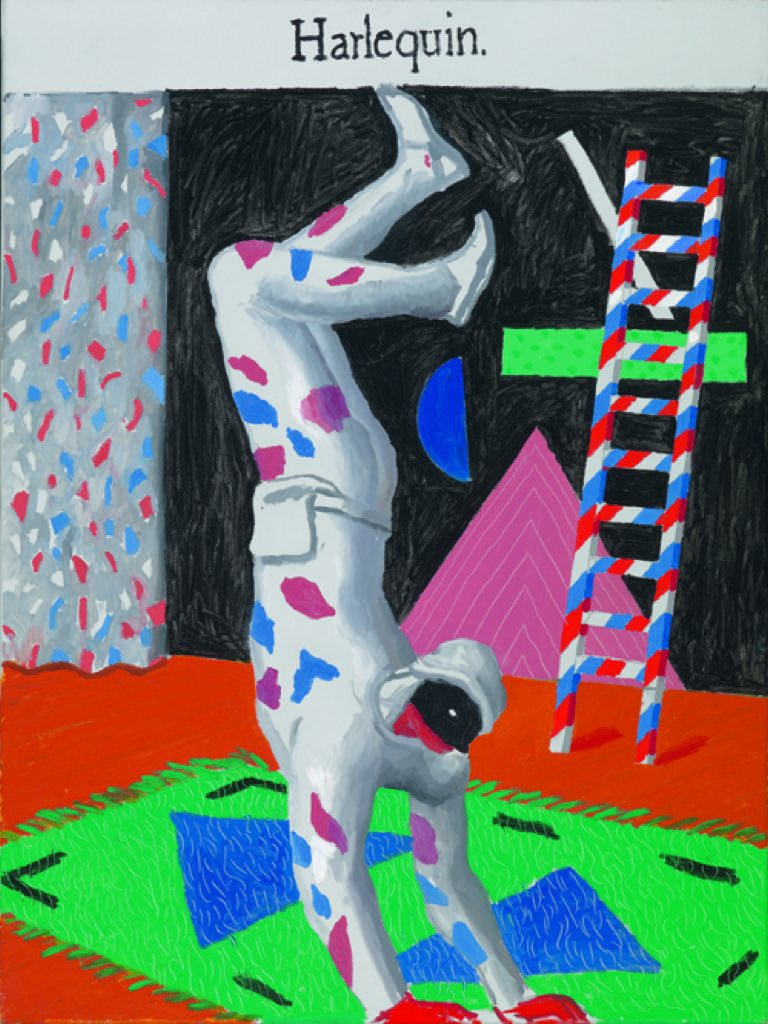 a film of school children in Liverpool in front of « La femme qui pleure » by Rineke Dijkstra and archive interviews of Picasso on his 85 th birthday as well as extracts from “Pierrot le fou” or “Jules et Jim” where walls are covered with Picassos add to the fun. What makes the success of the show is the extroardinary intimacy in which Picasso is treated. We share his daily life at his last residence, Château de Vauvenargues with Jacqueline. We hear him talk about love and laugh. The five paintings by Liechstenstein are as moving as Romuald Haboussé’s different masks made of plastic gas containers. His passion for African art is well represented by contemporary artists as is his cubist period. Guernica, les Demoiselles d’Avignon are all represented. 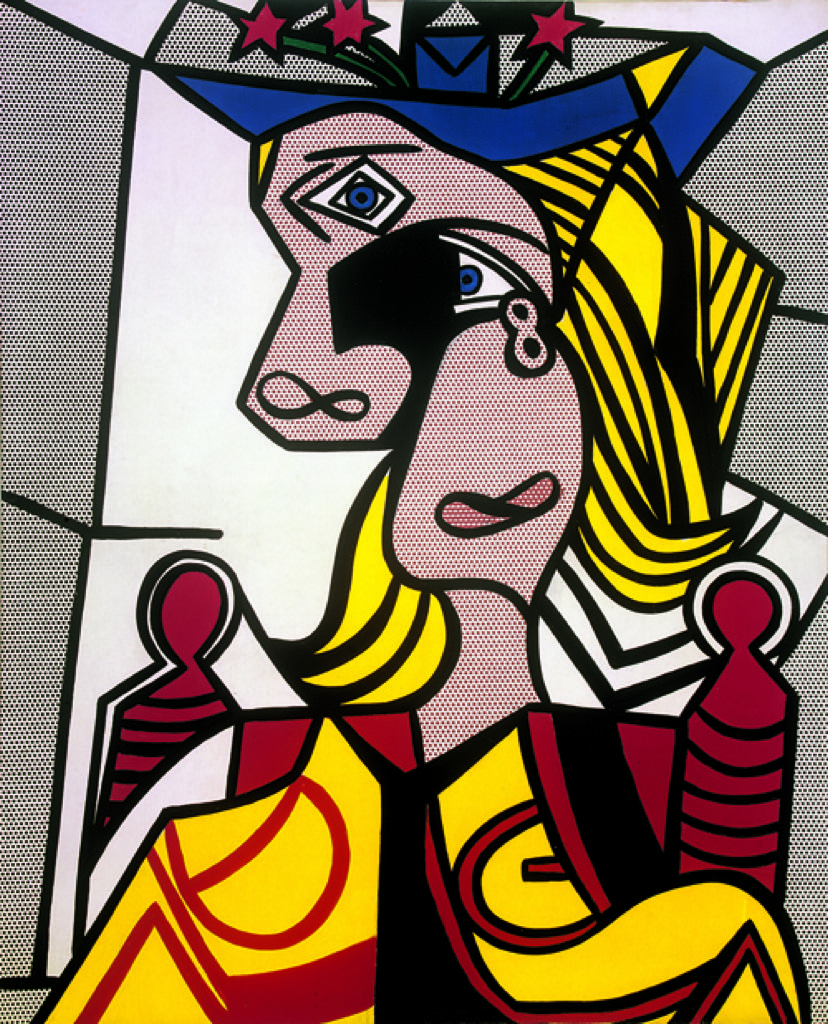 This is the most fun fresco of contemporary art, as seen through the legacy of Picasso. Jasper Johns, Tinguely, Miro, Pol Bury, Pierre Alechinsky, Joseph Beuys, Jean-Michel Basquiat… you can pick what you like best and go away with a smile! (Grand Palais, until February 29)