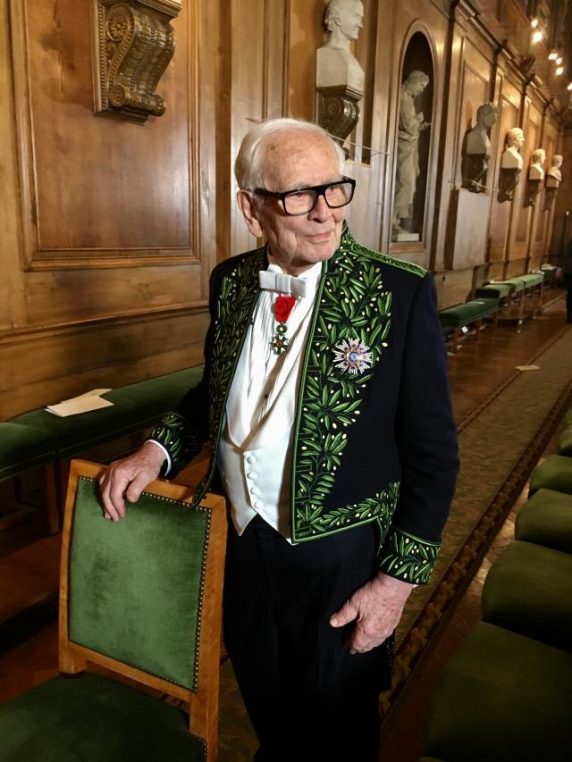 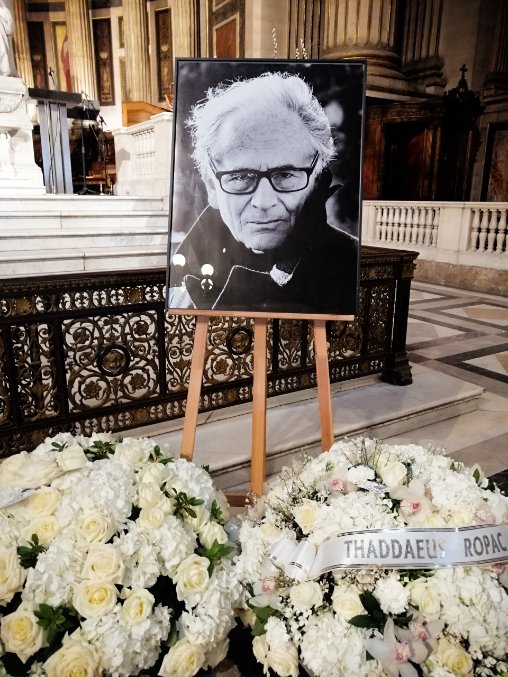 Pierre Cardin died at 98. The gallerist Thaddaeus Ropac held parties at Maxim’s after each one of his openings

The mass for Pierre Cardin (who died on December 29) at Eglise de la Madeleine, was a moving moment of intelligence and wit. The three speakers, two Academicians and Père Bruno Horaist, curé de la Madeleine, spoke with humor and from their heart, with no pomp and no exaggerated eulogism. There was no starization of the event (photographers are not allowed in the church) and Sylvie Vartan and Brigitte Macron were the guest stars, with Prince Emmanuel Philibert de Savoie and his wife Clotilde Courau, of this celebration with 300 participants, which was handled by the Académie des Beaux Arts to which the couturier belonged since 1992. 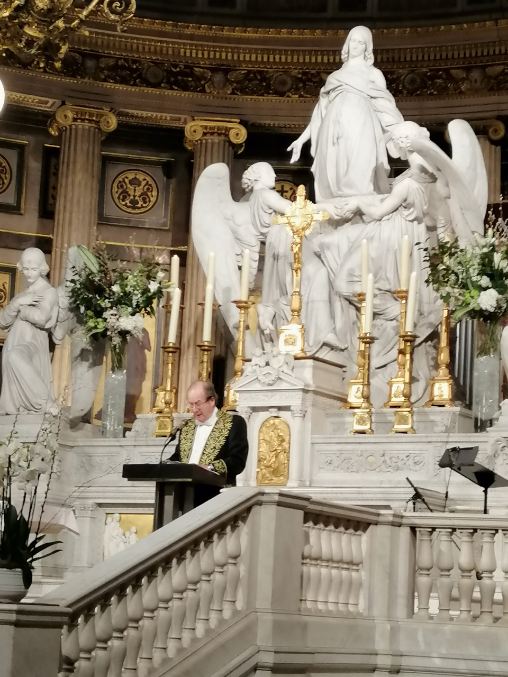 “Pierre Cardin was at the origin of his own legend, but this legend which often protected him also hid his personality.” This is how Jean Marie Rouart introduced his speech addressing himself to Pierre, the “so sensitive and rare man… the man from Maxim’s, from Espace Cardin (the theatre he created on the Champs Elysées) the Marquis de Carabas who collected listed buildings to nourish his passion for beauty”. “The missionary businessman who opened the USSR and China to French luxury”. The Academician expressed his gratitude to the man of theatre who had financed performances of his own play in Paris and Moscow. He described him as an eternal teen ager who was curious of everything and liked “to get drunk on beauty and youth”. It was very moving when he associated the souvenir of André Oliver, his long time companion who died in 1993, his “âme soeur” who also worked with him, whom he rejoined in their common tomb at Cimetière Montmartre. 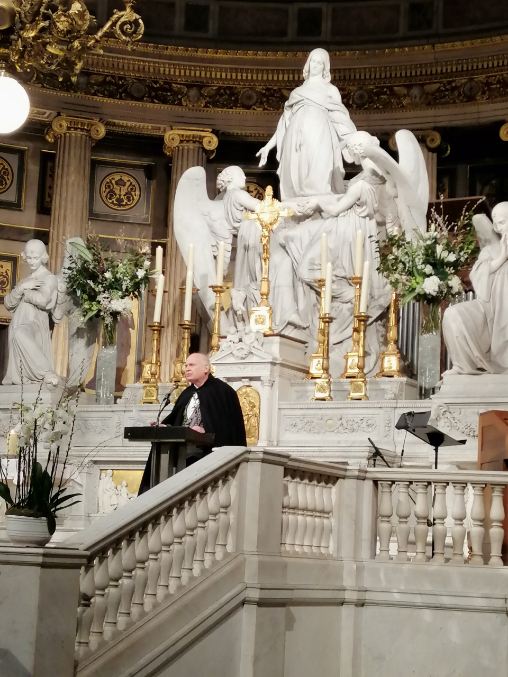 The brilliant sermon by Père Horaist started with the question “Did Pierre Cardin really want a mass in his memoire?”  and went on about “Pierre Cardin’s creativity under God’s eye… who entered the world of tomorrow, the world of eternity”. He also appealed to the generosity of the public at the time of taking the collection for changing the heater of the church… The Madeleine is undergoing very expensive renovations and it seems that the audience responded well…

Composer Laurent Petitgirard spoke for the Academie des Beaux Arts and lauded the designer’s energy within the Academy. “He constantly encouraged creativity with Espace Cardin and Château de Lacoste, in Lubéron, and founded five Prizes for artists under 35″. He also raved about the beauty of the church and the quality of music performed by organists François-Henri Houbart and Michel Geoffroy who played pieces from Verdi’s requiem, the short mass by Henri Nibelle, Mozart and Schubert. 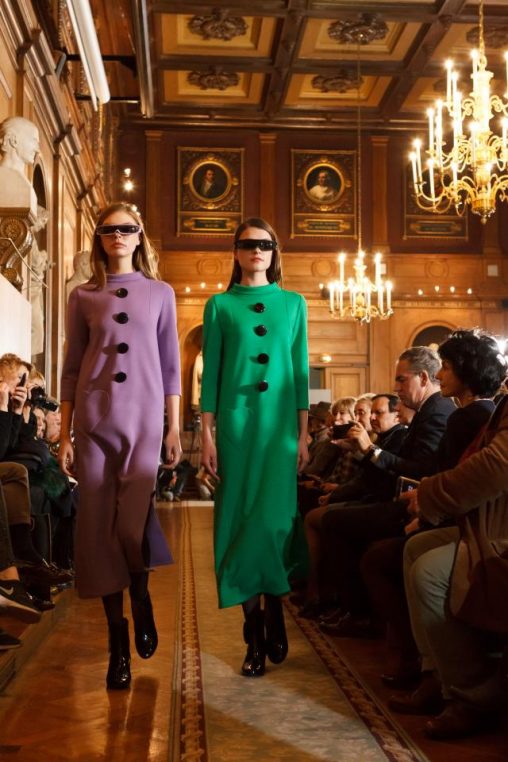 To celebrate 70 years of creation, Pierre Cardin had organized a fashion show at the Académie des Beaux Arts on November 30, 2016

All these words brilliantly told in the magnificent church of the Madeleine were the nicest tribute to a man who dominated the fashion world for seventy years. Besides his nephews and nieces, and Maryse Gaspard, the model who worked for Cardin for fifty years and still runs the couture on avenue de Marigny, there were many members of the Académie des Beaux Arts, Adrien Goetz, Erik Desmazières, Jean Michel Wilmotte… all wearing their superb uniforms.

The only shadow on the board was the ridiculous boots worn by Brigitte Macron with LV logos all over the heels, and what a faux pas at a designer’s memorial to wear the competition! There has to be an end to her wearing only Dior, Céline and Vuitton. What about switching to family fashion houses such as Chanel or Hermès?

And if I wanted to be really nasty, I would mention Jean Marie Rouart’s excellent speech printed on the program which was full of typos…. What a shame for the French Academy!

3 Comments on “Pierre Cardin is honored at la Madeleine”