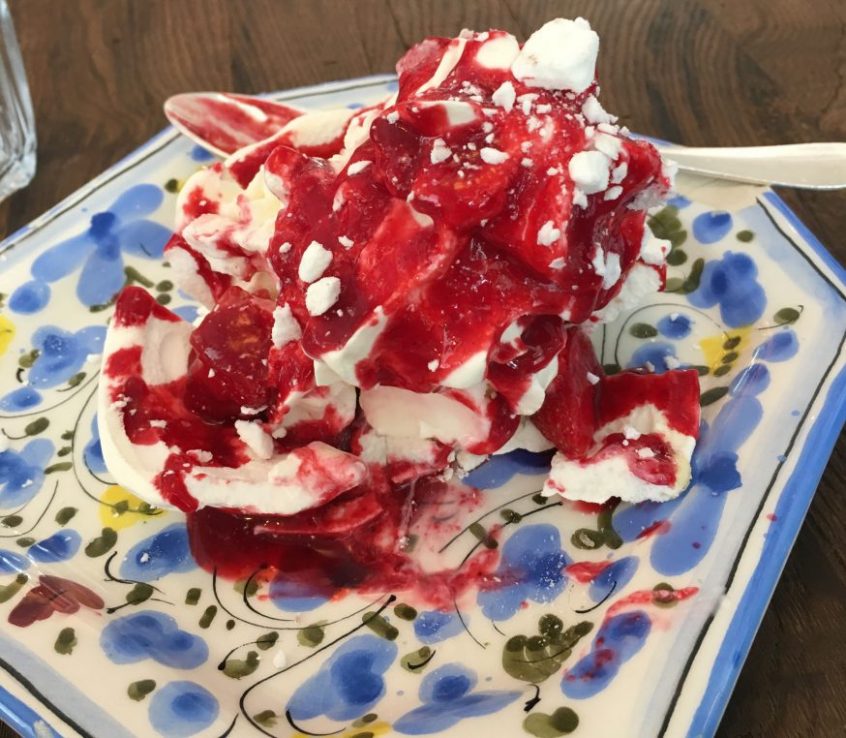 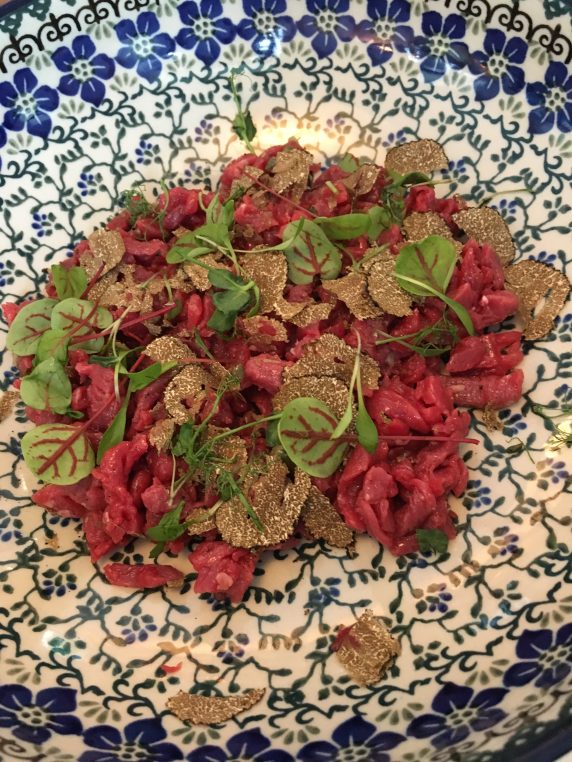 Tartare with truffles and anchovy sauce

I have always so loved my pizzas and parma ham at East Mamma on faubourg Saint Antoine,  that I was looking forward to having lunch at Pink Mamma, the new Mamma group antenna, opened last June in the 9 th arrondissement,  by Victor Lugger and Tigrane Seydoux. They have added great red meat to the Italian menu but the vegetables and service  need improving! 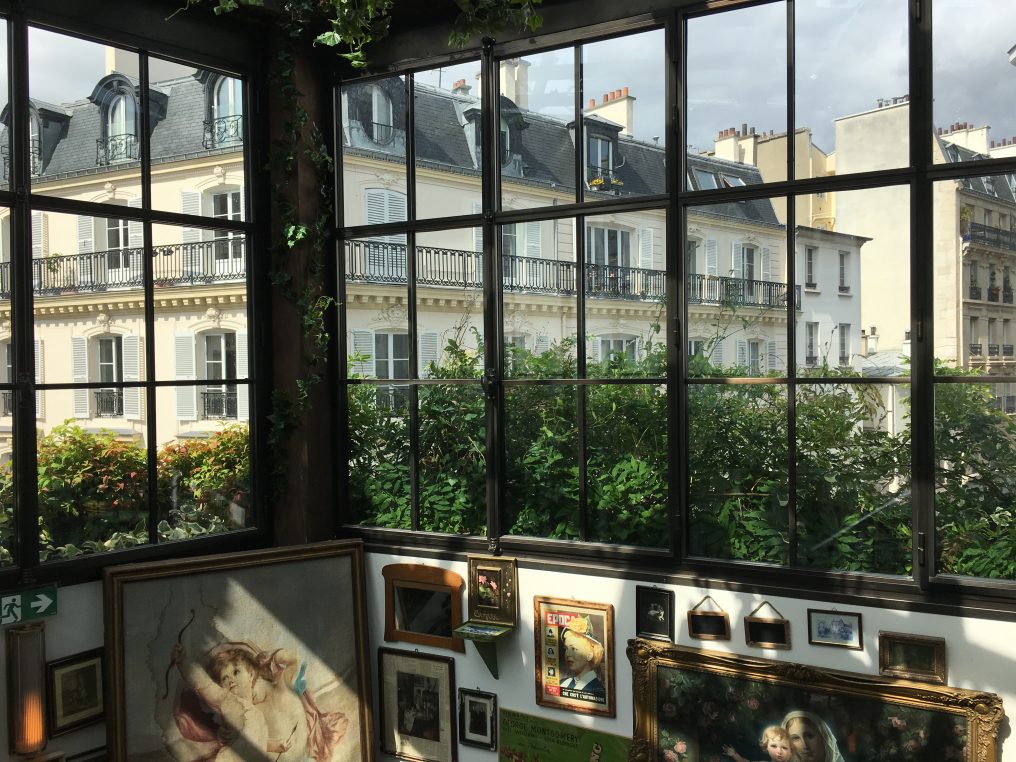 On the top floor, the atmosphere is very intimate and the room is lit by natural light

I was curious to see if the meat was as excellent as reported in the first reviews of the place. And it was, but: the potatoes were soggy (heated up in cantina style dishes in the open kitchen) and the sweet corn on the cobb tasted like it had been grilled yesterday. The mamma’s steak cut at 17 € was excellent, tender and tasty and my friend’s tartare with truffles and anchovy sauce was thickly cut but good. We resisted the fabulous pizzas and should have gone totally Italian again. 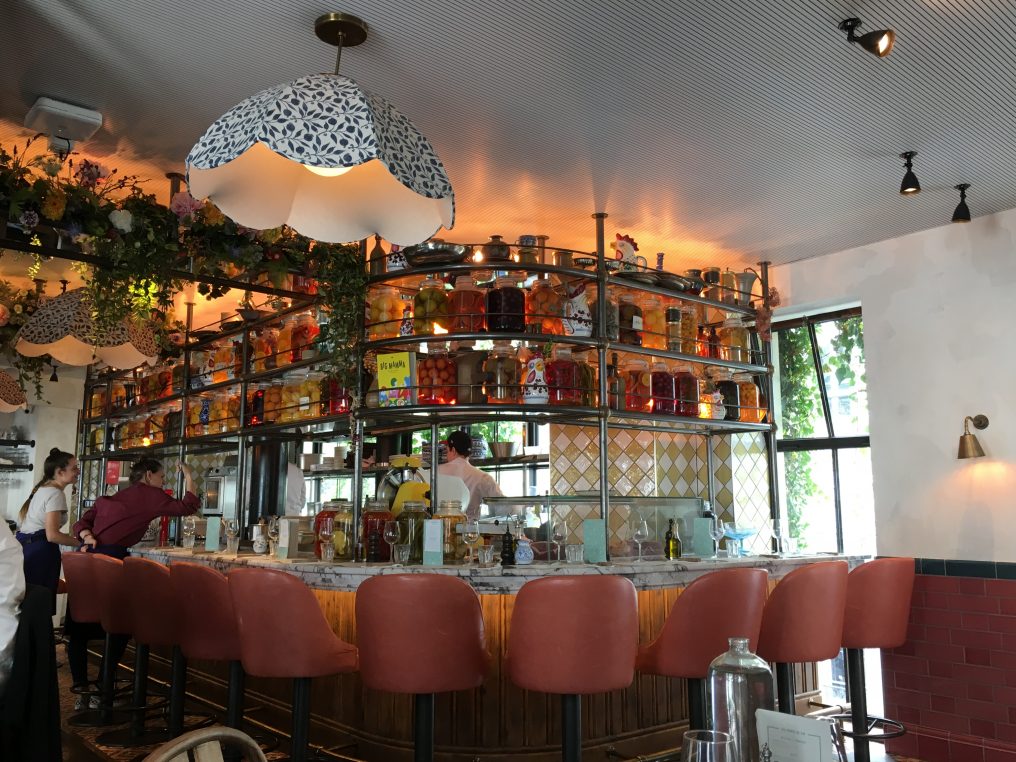 The bar on the second floor is colorful and lively

The ricotta and mozzarella are being flown twice a week from Italy and they are a marvel. Ceviche, Burrata or mini arancini are as good as in Sicilia and I discovered Stracciatella, moved burrata. Our waiter Diego was attentive but insisted on serving us Prosecco which we declined,  coffee was served before dessert, they were out of fizzy mineral water all together and we waited quite a long time to be served. 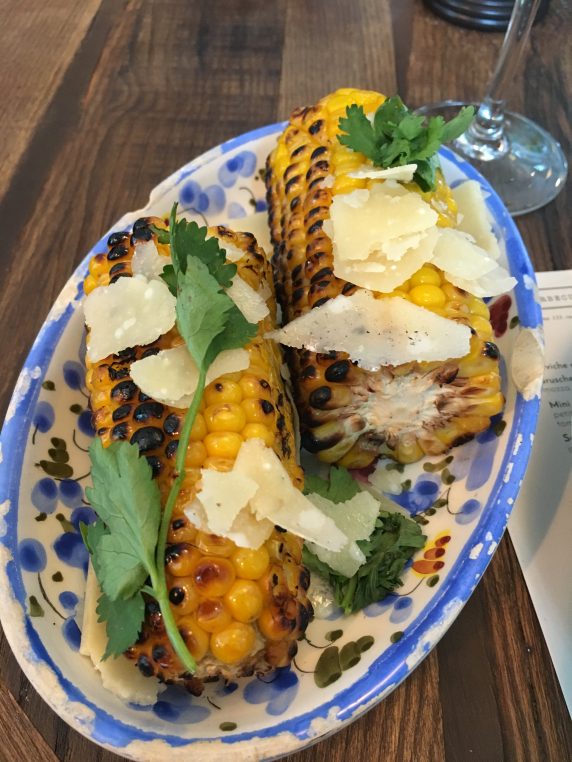 Corn on the cobb was dry and tasteless but pretty

Dessert made up for it though! I chose the “Eton mess”, made of meringue, raspberry coulis and yoghurt ice cream and I must say it was out of this world. A young boy on the ground floor was having the pizza with (as much as you want) Nutella and seemed extremely happy. The Passionmisu, a tiramisu with passion fruit was also tempting. 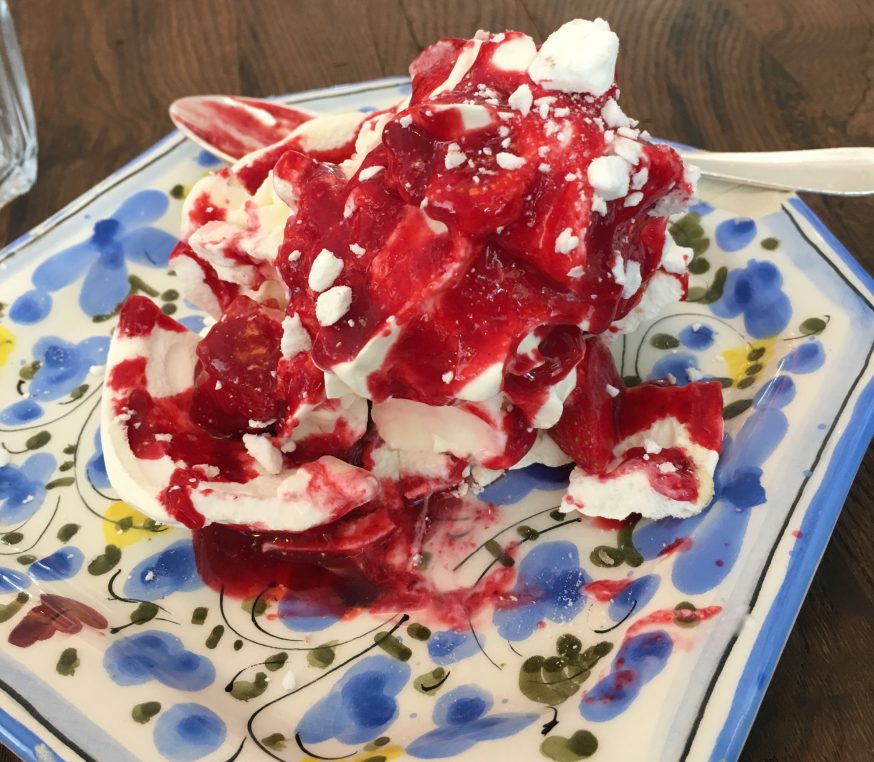 The Eton mess, a dessert of meringue, raspberry and yoghurt ice cream, was out of this world

We were led to the second floor which was very nice. On the third and top floor, you have a view of the roofs of Paris and a skylight. On the first floor, you get the smells of the barbecued food but have a unique view on the open kitchen. 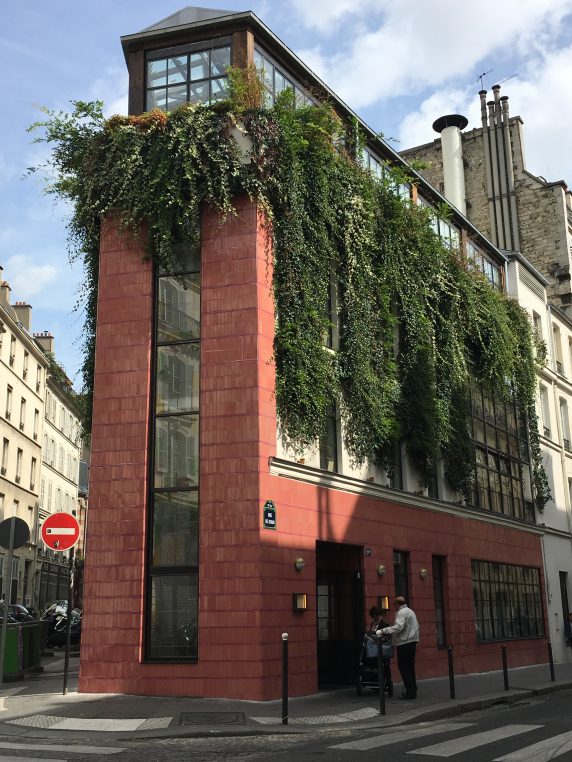 The clients at lunch were well-to-do, and consisted mostly of neighbors of this area between Pigalle and Blanche, South of Montmartre, which has been trendy for thirty years. In the early 80’s, the restaurant across the street, La Poste, was the nec plus ultra for intimate funky dinners since it was located in a former 19 th century bordello. It has been closed for years, so there was a spot to be taken and Pink Mamma started. In the evenings the bar downstairs “No Entry” opens and is already attracting huge crowds. 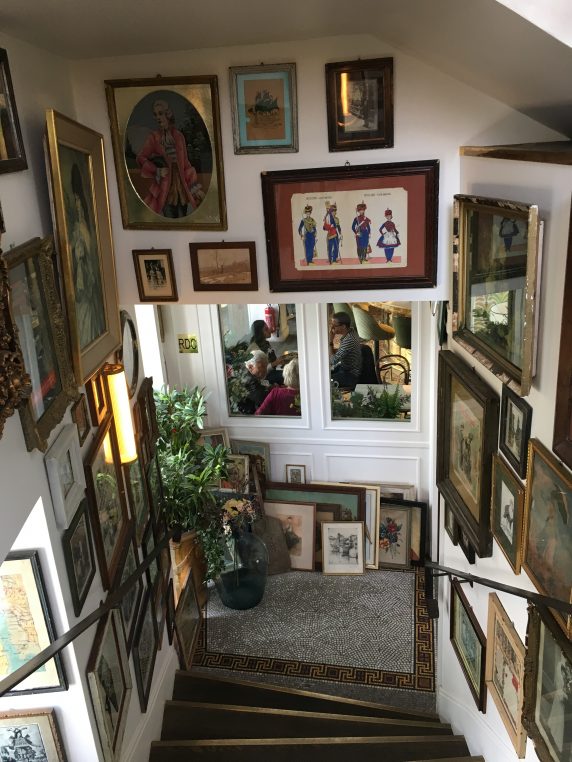 The four story staircase is lined with paintings and photos

There are no reservations but it is not a problem at lunch time where the 230 seats restaurant is not full. I hear that at night, one has to be patient and it could be a good address on Sundays. (Open every day, 20 bis rue de Douai, 9 th)