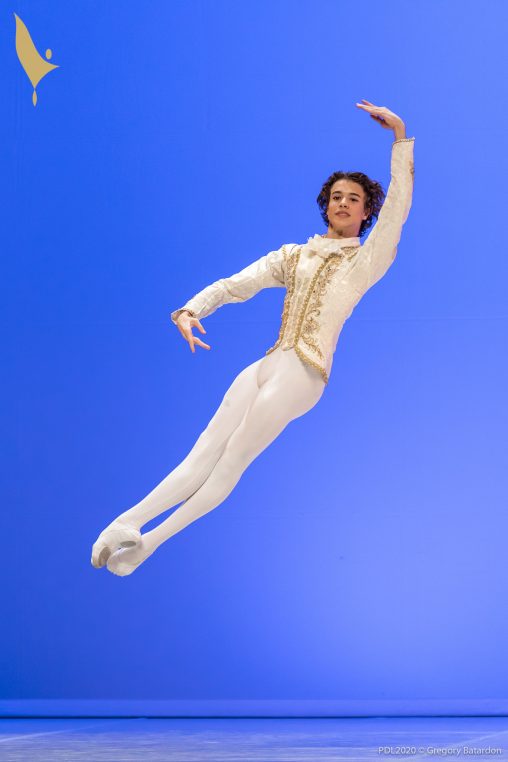 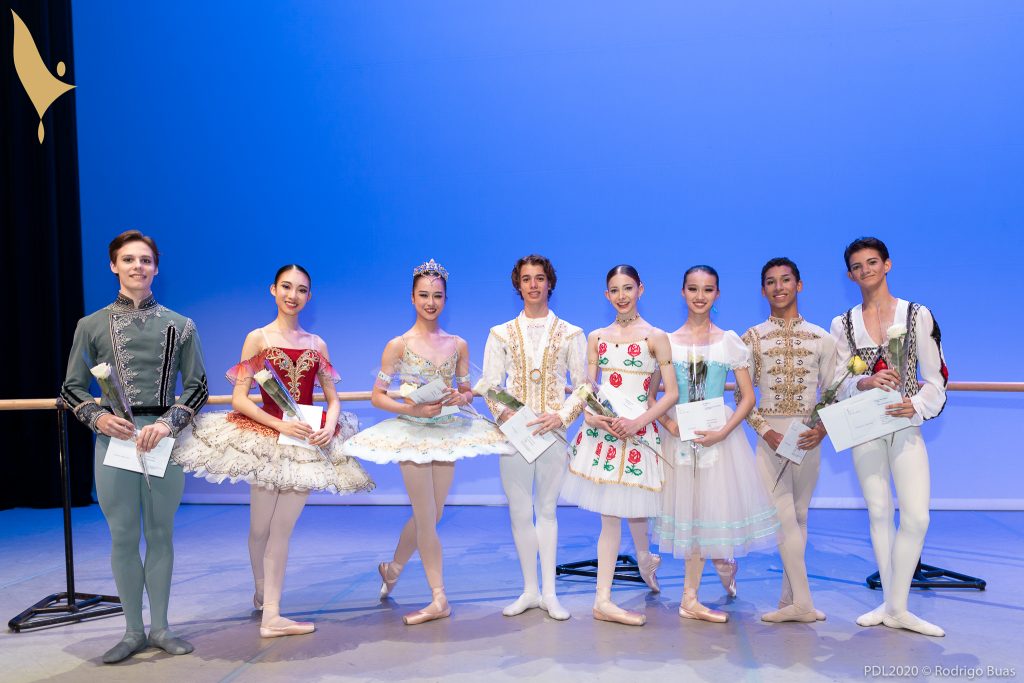 The winners with Marco Masciari in the center, photo Rodrigo Buas

For its 48 th edition, Prix de Lausanne was being held at the Stravinski Theatre in Montreux, which overlooks the Lac Léman, a few hundred meters from where Lord Byron sojourned. The three days I spent there seeing the 77 competitors dance for their life, were  emotional and beautiful. The Prize funded in 1973, by Philippe and Elvire Braunschweig, to help young USSR dancers come and study in Europe, has become the springboard to an International career for Brazilians, Chinese, Japanese, New Zealanders, Portuguese, and more… Students from 25 nationalities this year, who are aged between 15 and 19. They are coached all week by the greatest ballet masters in the world and receive scholarships to study in the school of their choice. What an uplifting competition! 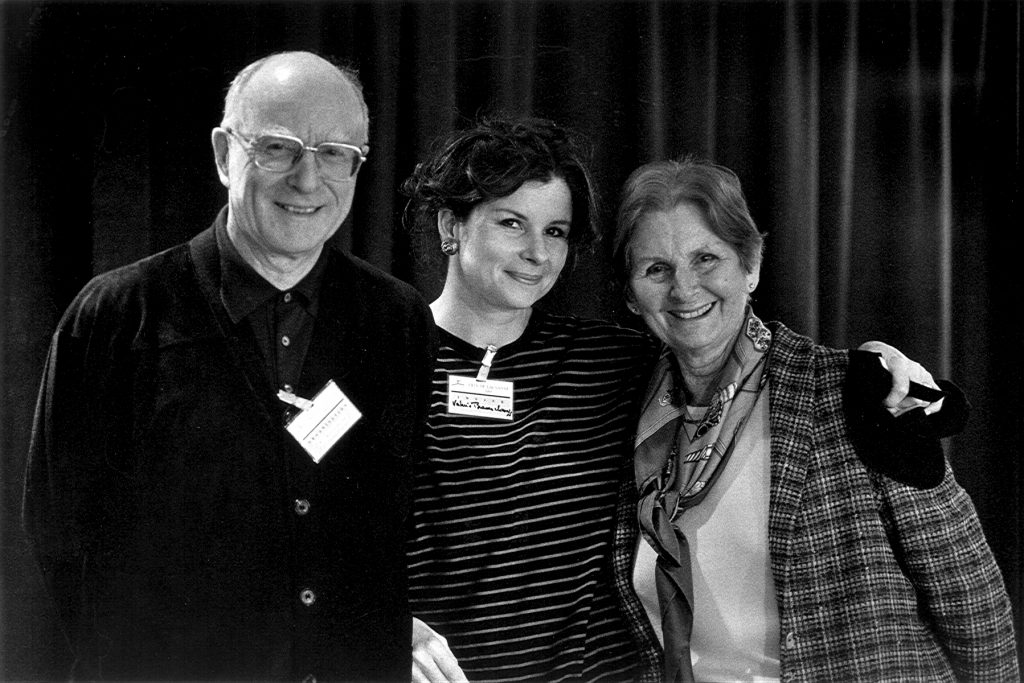 Philippe and Elvire Brauschweig, founders of the Prix with their daughter Valérie in 1995

There was a very particular ambiance in Montreux this year, matching the elegance of the 19 th century famous resort where Stravinski composed the “Rites of Spring” and where Empress Sissi used to stay.  This town from canton de Vaud only counts 27 000 inhabitants but it has always attracted elegant writers and composers, thanks to its mild climate and today, its Jazz festival is famous all over the world.  Vladimir Nabokov died in Montreux in 1977, Freddie Mercury and Charlie Chaplin lived there. It will host the Prix de Lausanne for two years. 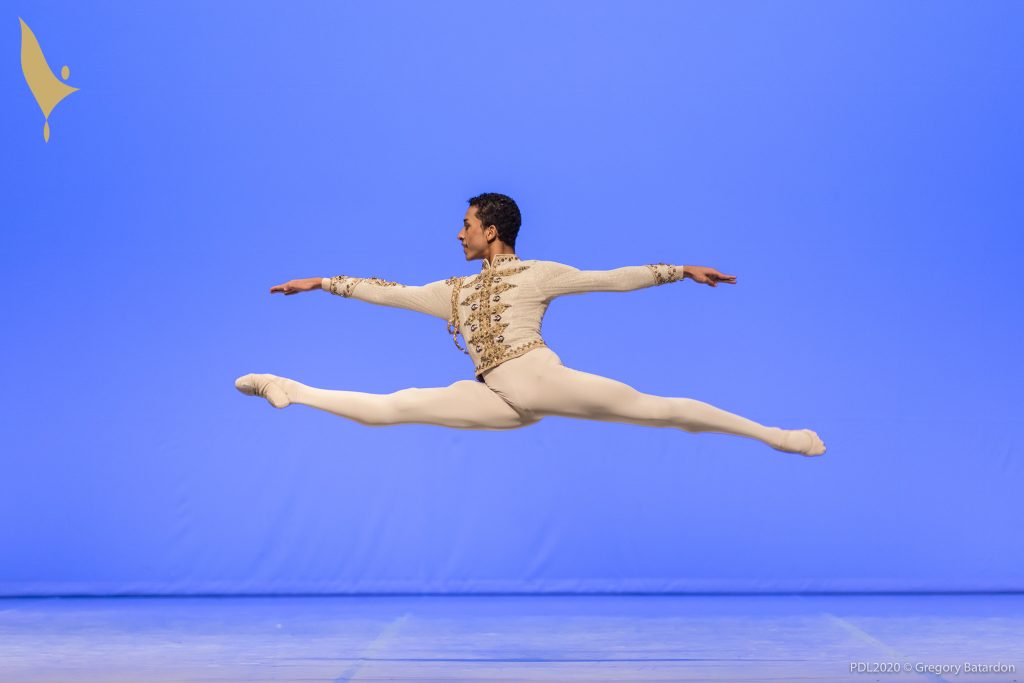 It was hard to make a choice between the 77 candidates who were all extraordinary, whether they came from Asia (last year winner was Chinese), Australia, Europe or the Americas. Everyone agreed that the young category (15 to 17) was particularly amazing and out of the 21 finalists, twelve were young. Ava Arbuckle from the United States is 15 and one month and she won two prizes. The wonderful Portuguese Catarina Pires who studies in Zürich won the Prize of the Public. João Vitor Santana, from South of Brasilia, won a scholarship, he was my favorite! But the Gold scholarship winner was Marco Masciari who comes from Calabria in Italy and studies in Monaco. He was awarded two Prizes and is the third Monaco student in a row to have won the Lausanne Prize. He will now be looking for a company to join. 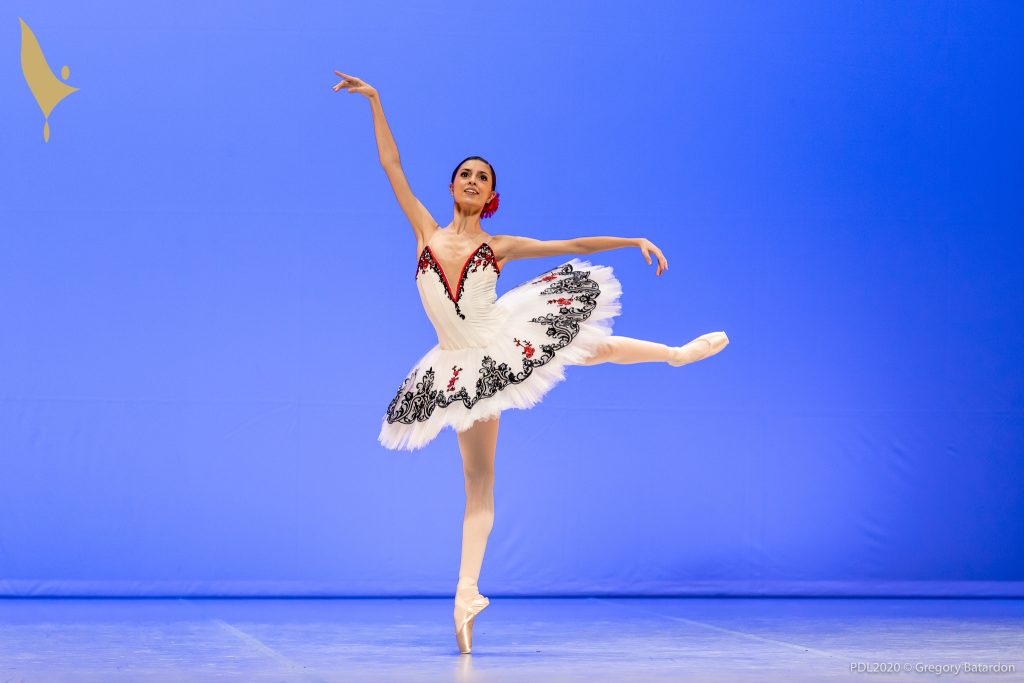 Catarina Pires had the longest legs ever, photo Gregory Batardon

The Rumanian Matei Holeleu from Theater Basel ballet school won the Swiss Prize. It was very interesting to try and understand the different styles of training, from China, Switzerland or Brazil. There were no Russians but one Belarussian, one Lithuaninan, one Estonian, two Romanians. The notes were based as much on the classes all week long, as on the performance onstage in classical and modern dance. It was a fabulous and emotional show and discussing with the teachers was enlightening. 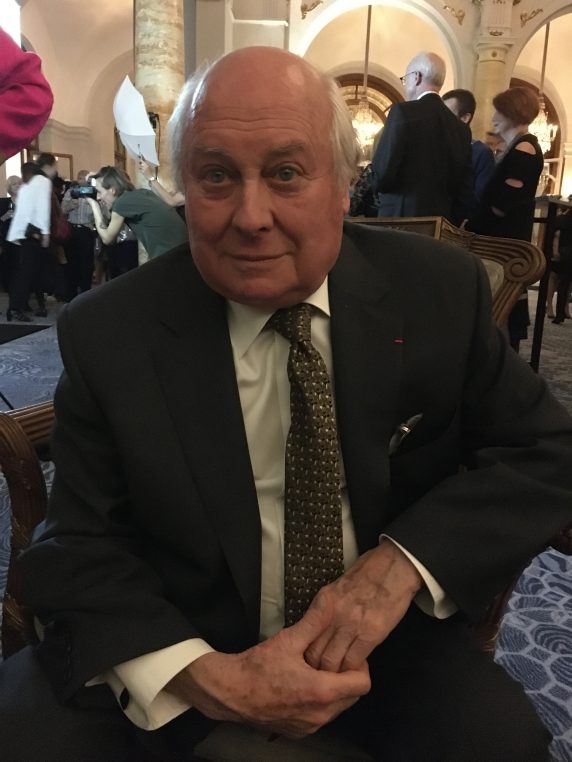 At the gala dinner at the Montreux Palace,  following the awards ceremony, I had a long chat with charming Gilbert Mayer who has been dancing, then teaching at the Paris Opera for 71 years… He is now 85 and can still lift his legs! He was born in Geneva but sent at 13 to Paris at his request. Many of his students were in the theatre and are now judges or teachers. Beautiful Elisabeth Platel who runs the school of ballet at the Paris Opera since 2004, was very excited and offered a few spots to the young dancers. 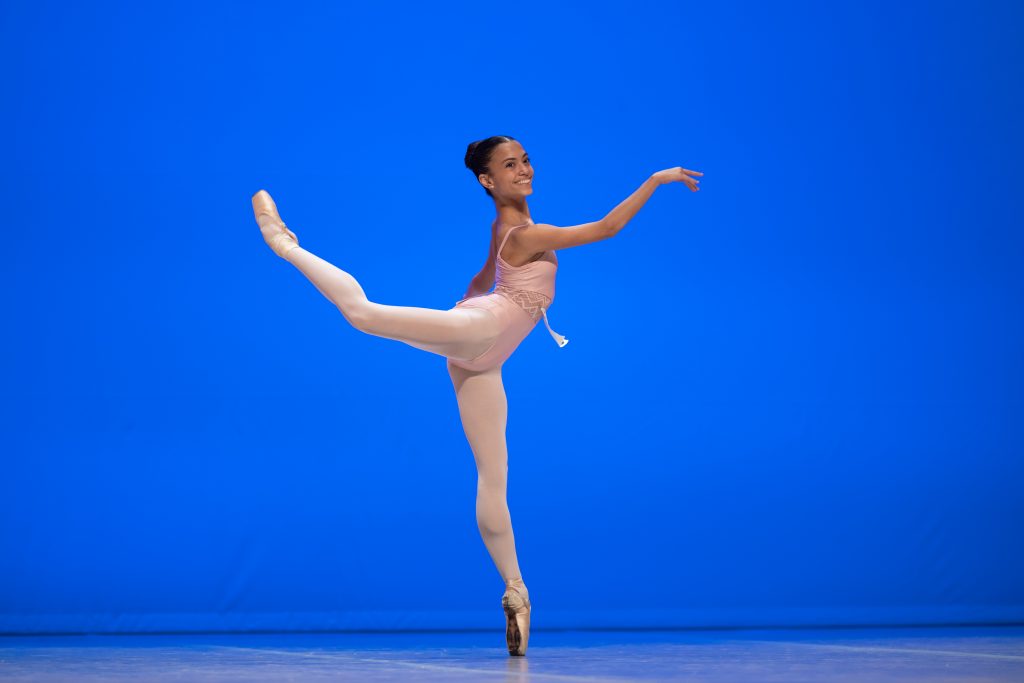 Rachel Quintao had come at 15 from Brazil, photo Gregory Batardon

Carolyn Carlson, the American choreographer of Finnish ascent who lives in France, was honored for a life achievement prize and spoke emotionally about Rolf Lieberman who invited her to teach contemporary ballet at the Paris Opera in the early 70’s. Her encounter with Marco Masciari after the finalists were announced on Friday night, was premonitory and it was very moving to see this young boy, who already catches the light perfectly, with this mature lady of the dance world. 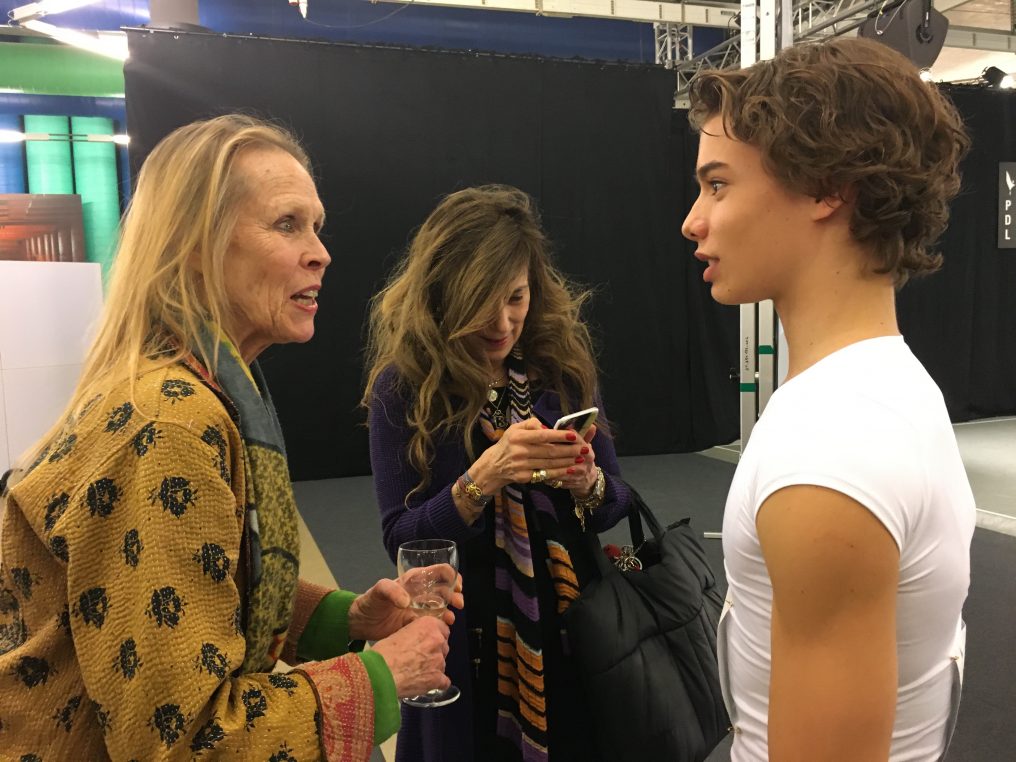 Carolyn Carlson with Marco Masciari and Marie Christine von Suppan, the evening before the finals

The intensity of the competition, the amount of expectations from all these young dancers was very kindly temporized by Kathryn Bradney, the artistic director of the Prix de Lausanne who danced with Maurice Béjart for two decades. She insisted on mentioning many times that there should be no disappointment from the candidates who won nothing. They were all extremely good and all the finalists left with some money. 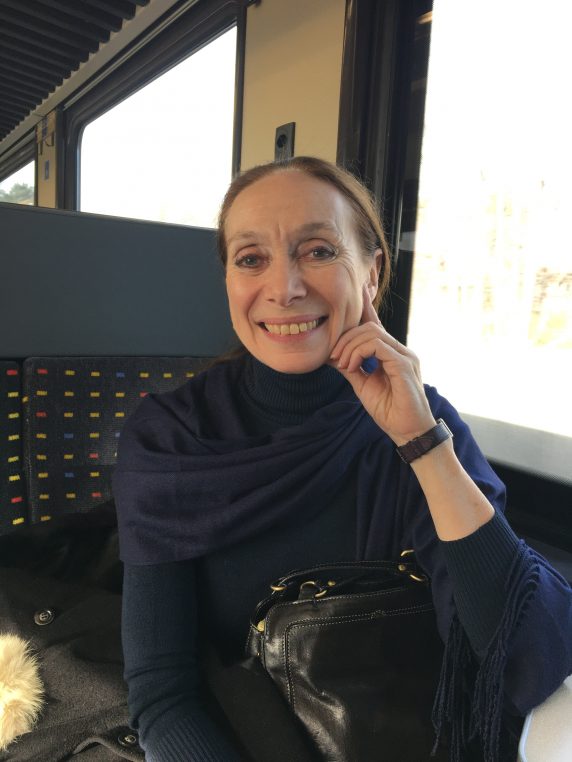 This competition is unique in the world and rewards the young dancers before they become professional. The grades are given to the potential progress they will make in the future. And some of us in the public were very disappointed that the “best” dancers were not the winners… Now 48 years later, the world of ballet realizes the importance of the Prix de Lausanne for the formation of dancers around the world. 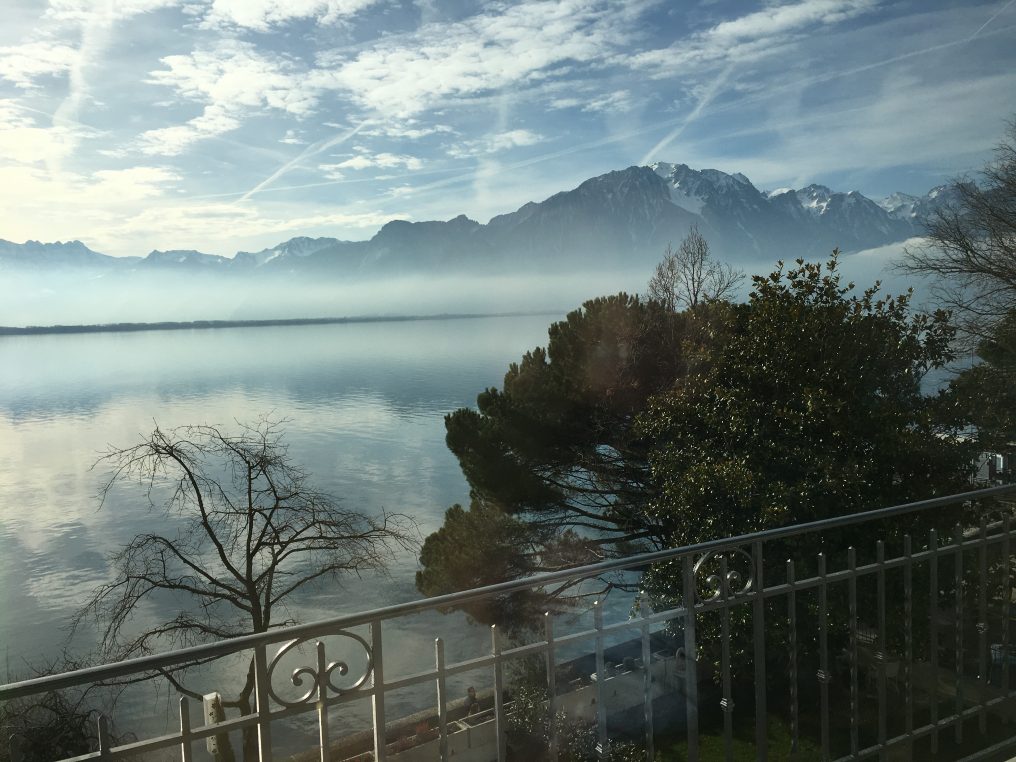 A view of the Lake Léman in Montreux

Five of them were members of the Jury, from 9 different nationalities, under the presidence of Frédéric Olivieri, director of the ballet school at Teatro della Scala. If you have time to go, next year’s Prix de Lausanne will take place the first week of February, in Montreux again.