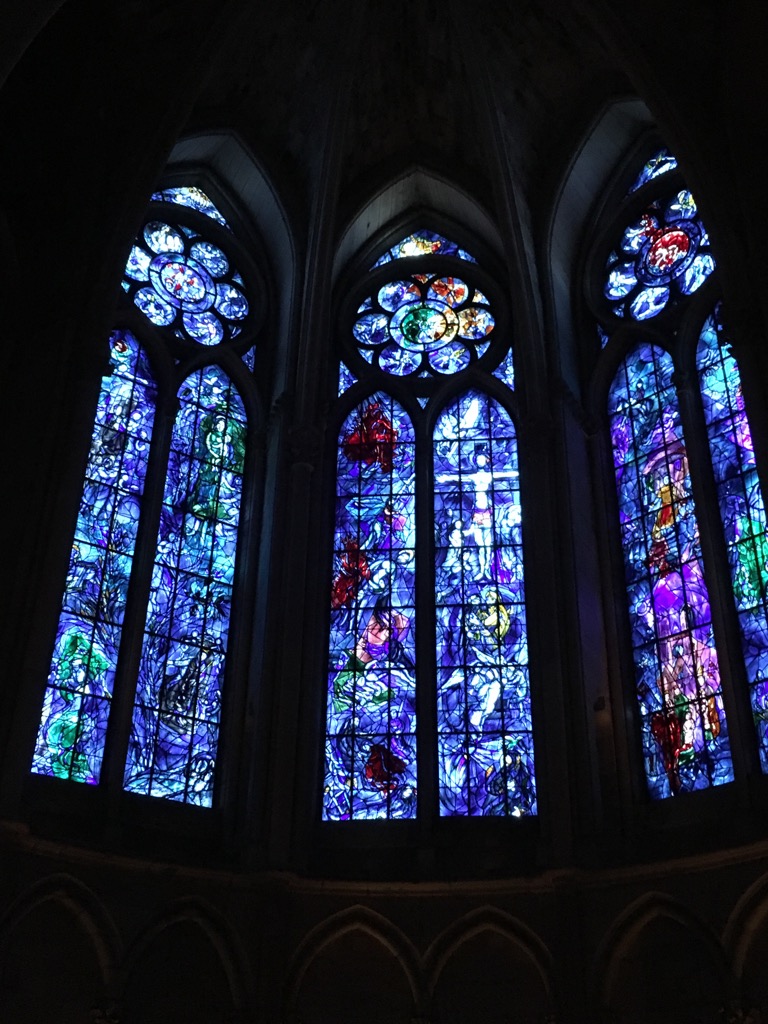 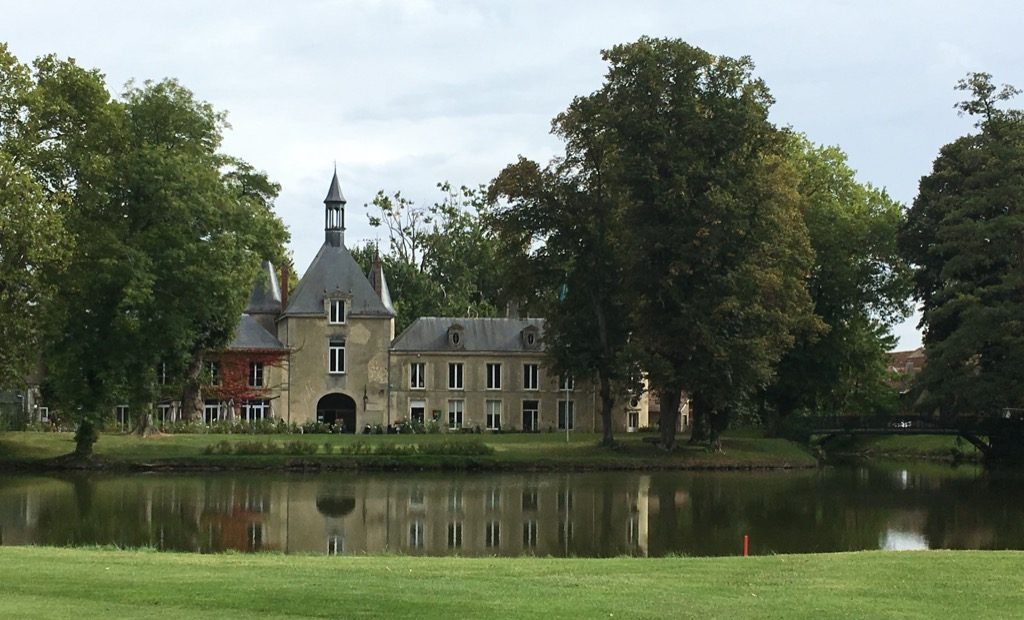 When you say Reims, you think, the famous cathedral where all Kings of France were crowned and which was saved after the first World war by John Rockefeller who partly paid for its reconstruction. Well there is another side to this capital of champagne and I discovered it while playing a golf championship nearby. 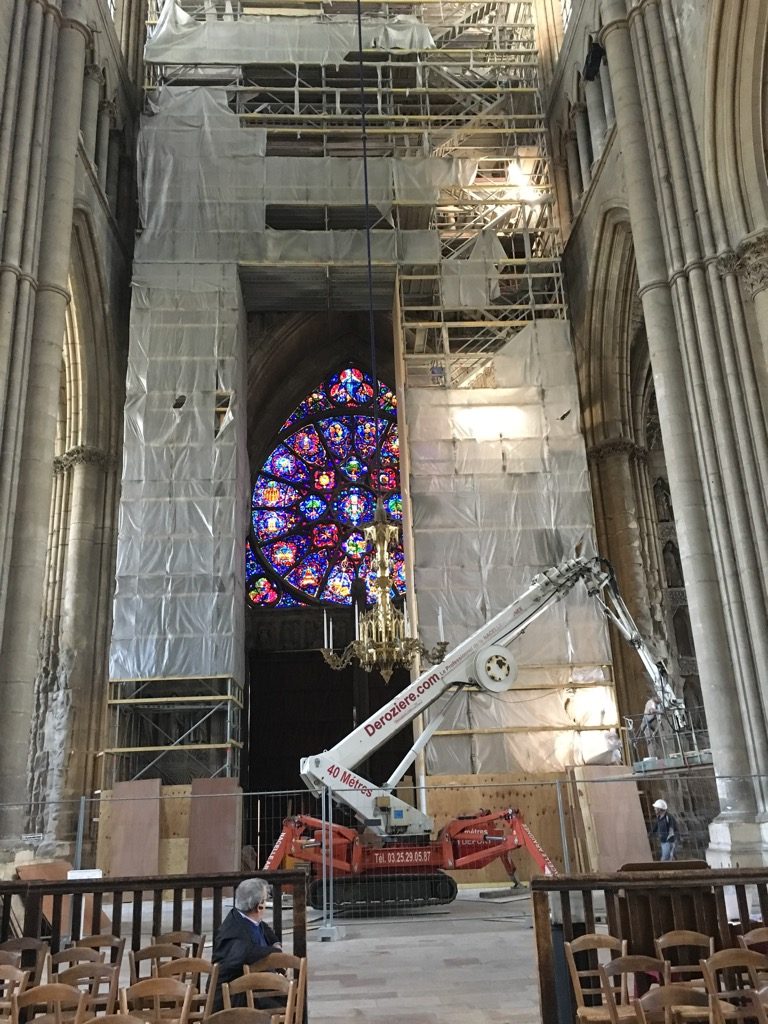 After visiting the cathedral and watching the crane undo the scaffolding around the glass rosaces, I admired the Chagall windows and walked over to the museum of Art where, I discovered, hangs the largest collection of Corot paintings in France (26) after the Louvre,  including a fascinating night scene of a lake. 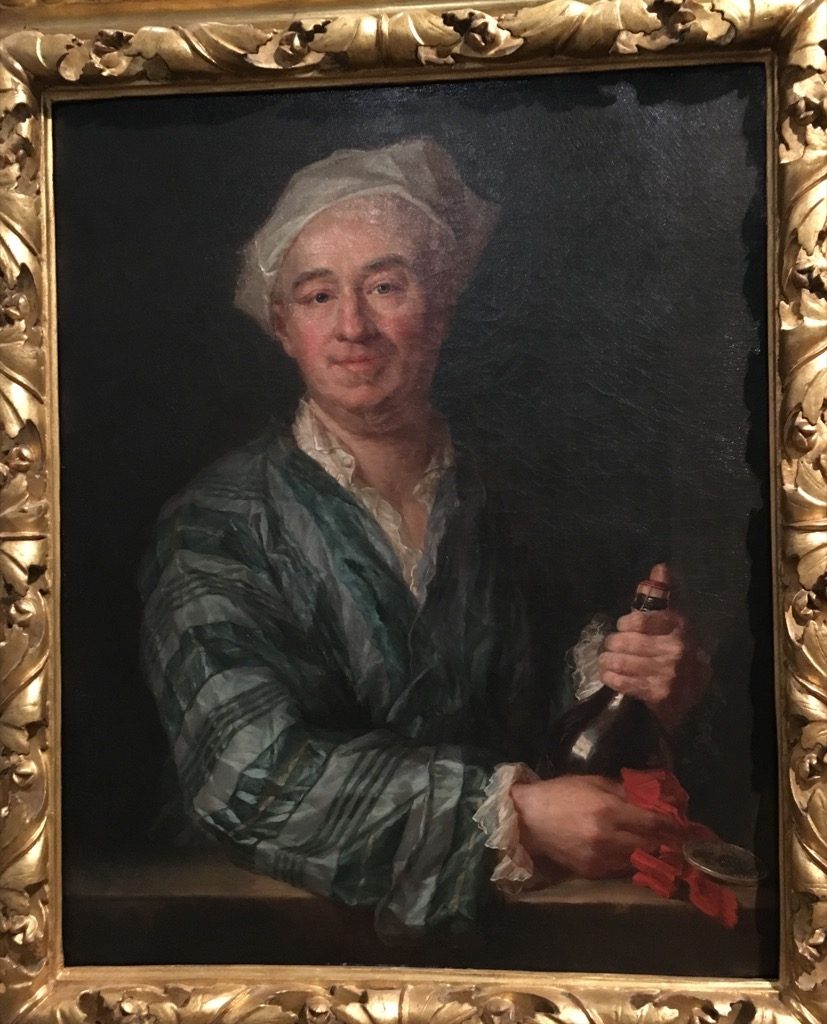 A portrait of a champagne drinker painted in early 18 th century by Alexis Grimou struck me as very unique as did a « Tête de brigand » by Camille Claudel. 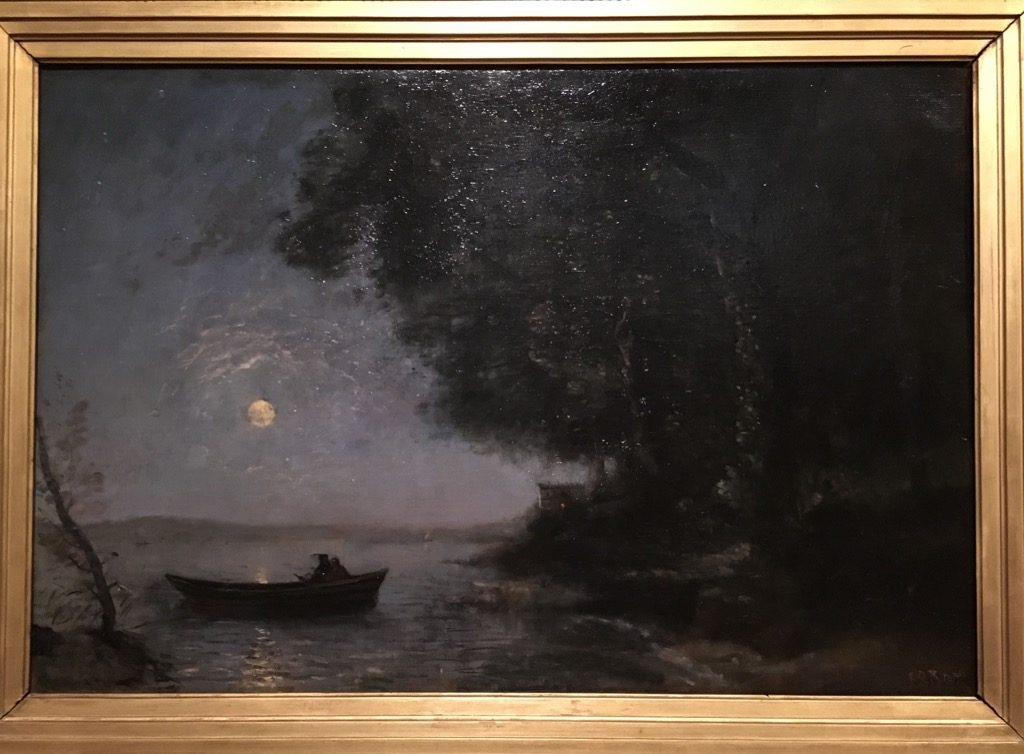 The museum owns a good collection of orientalist paintings as a result of donations, A nice corner is devoted to stained glass designed by Vieira da Silva, Rouault and Poliakoff and when you leave the first floor gallery, Louis XIV reigns on his horse, painted by Mignard (in 1675). 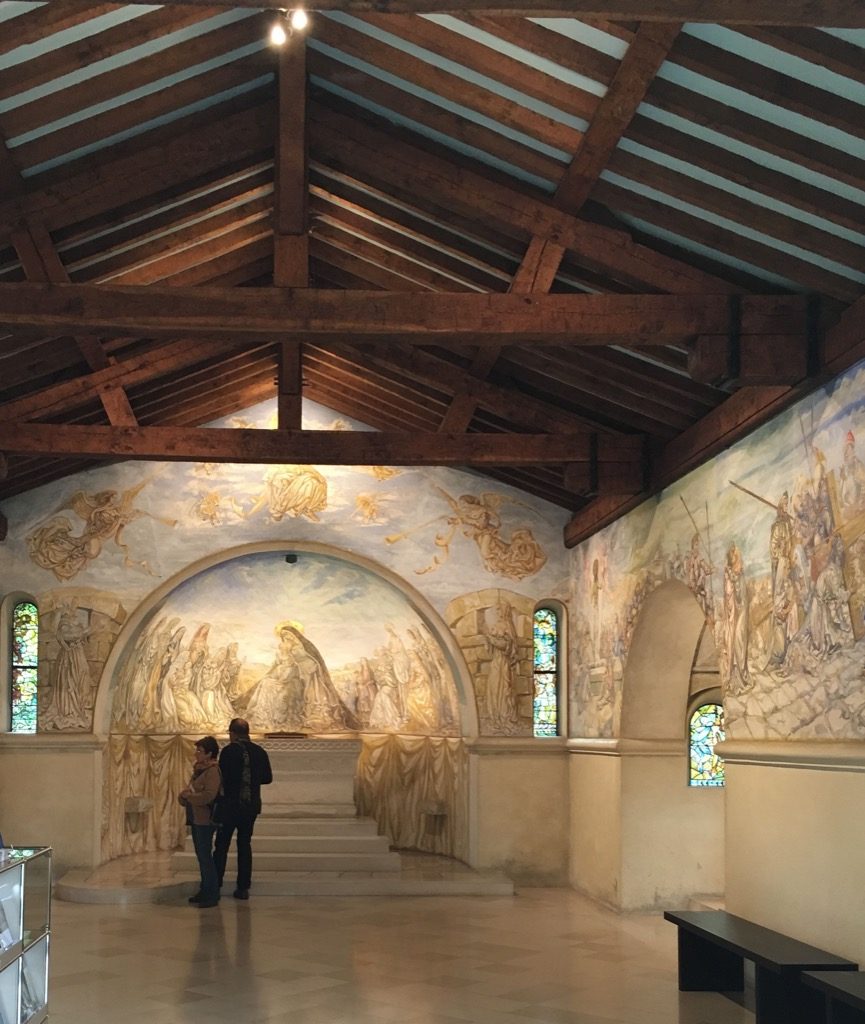 But the main surprise was to discover 2 500 works were given to the museum by Foujita, the Japanese artist who converted to catholicism in Reims and built a fascinating little chapel on champagne Mumm’s estate. René Lalou, the then president of Mumm, was his godfather when he was baptised and the love affair between Foujita and Reims produced amazing frescoes on concrete in the chapel. It is the happiest place to visit with its blue and gold paintings of sexy virgins and medieval vilains. Foujita was 80 when he painted the chapel. Notre Dame des vendanges is also featured, for nothing in Reims is very far from grapes. But Hiroshima and the second world war are also aknowledged. Some time soon the artist’s collection will be exhibited in the new Museum of art. 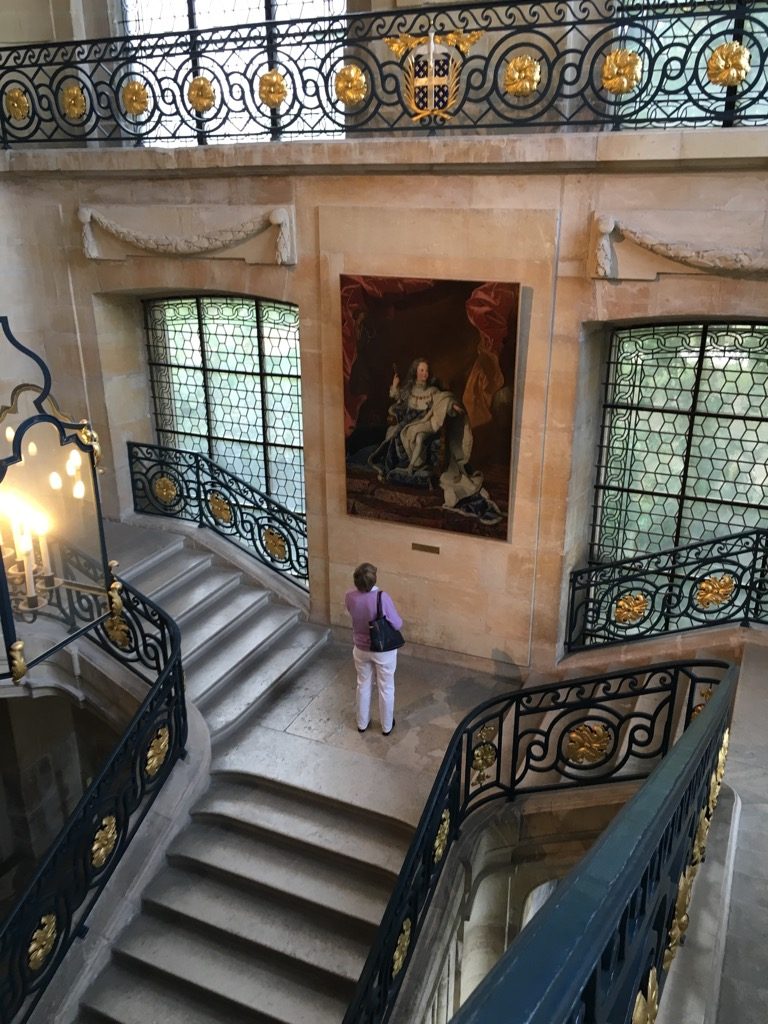 Musée Saint Remi is based in the benedicitine abbey named after the bishop (who died in 533) who converted Clovis. It is a beautiful 18 th century building with a majestuous staircase. There, are kept a series of tapestries which tell the life of Saint Remi. 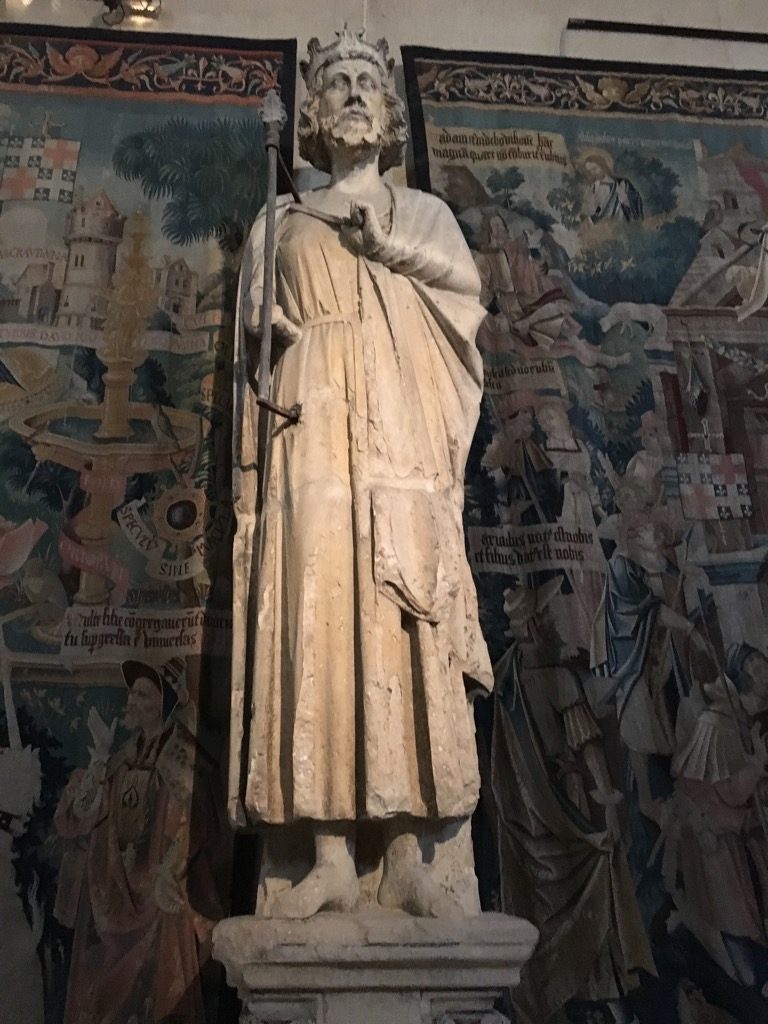 In Palais du Tau, statues are bigger than life-size

In Palais du Tau, the former archbishop’s palace, adjacent to the cathedral, you will find some of the huge statues originally placed in the cathedral and the treasure of the kings of France. It would be a pleasant visit if the staff were not so disagreeable… 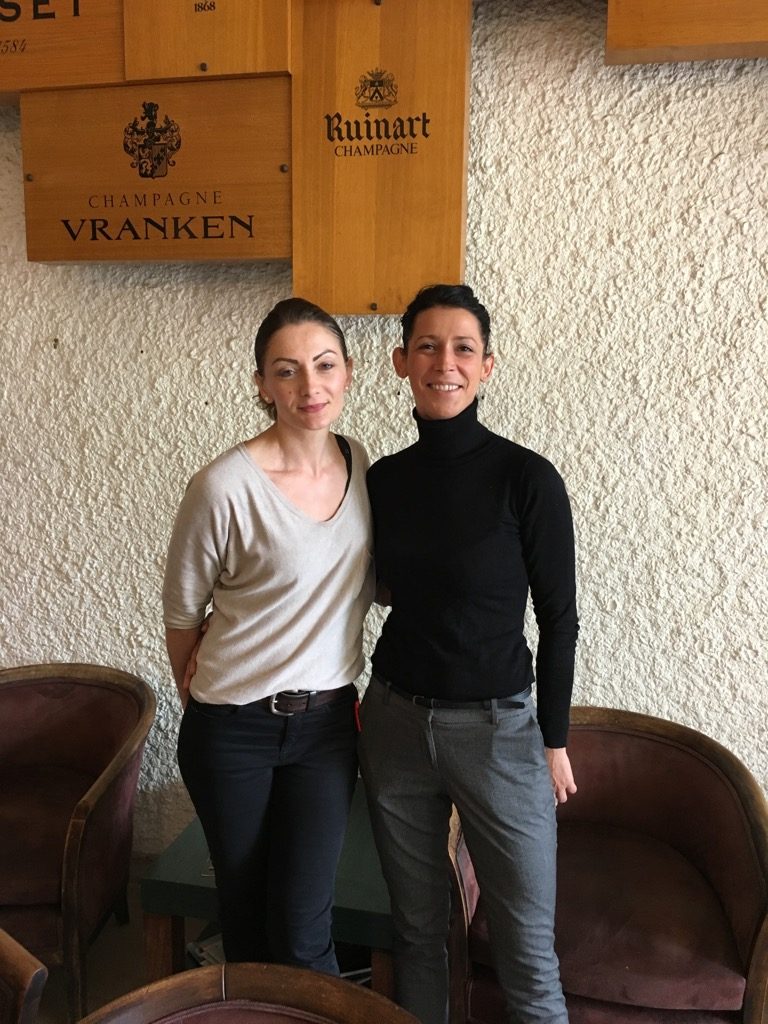 We finished beautifully at the golf club of Reims with a fabulous lunch of kidneys served by the loveliest ladies Katia and Cristina and drinking champagne like still water…
So you see Reims is full of surprises !