Oil on paper marouflé on canvas, 1963

Two exhibitions are devoted to post war painter René Laubiès this month, one in Les Sables d’Olonne at Abbaye de Sainte Croix and the other in Paris at Alain Margaron’s gallery. Both show the light and serenity of the French painter, born in Saigon in 1922, who died in Mangalore in 2006. He painted mostly in Kerala at the end of his career and led a very ascetic life in a local hotel. To spend time with his paintings is a privilege. They are soothing and enlightening.

I met him a few years before he died and he was typically charming, discreet and self effacing. He inspired respect and love. He started becoming famous when his lyrical abstraction was noted by the famous critic Pierre Restany in the 1950’s. His oriental philosophy and his abstract style were noticed by Jean Fautrier and Jean Paulhan who awarded him the Prix Fénéon. 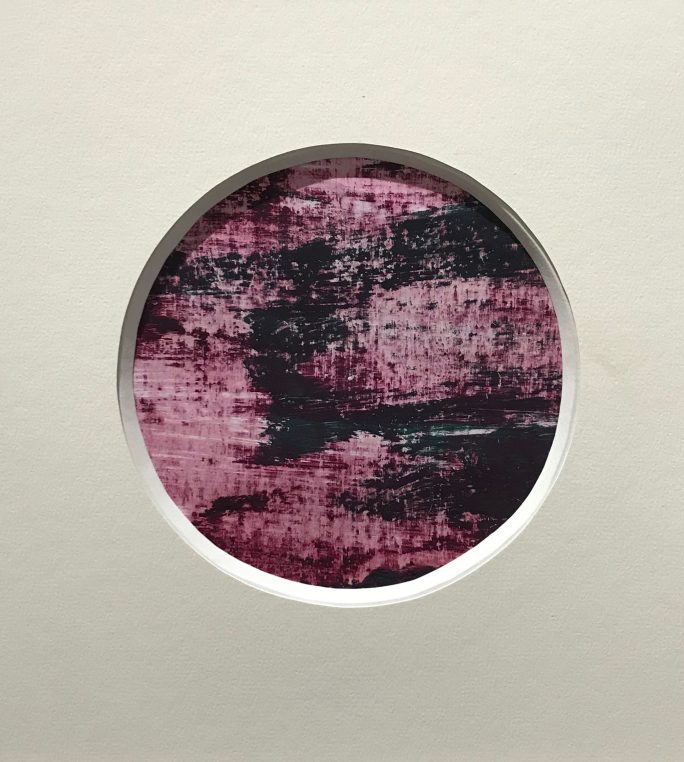 Self taught as a teen ager he is very influenced by Asian thinking (his mother was of Chinese ascent) and he translated from the Chinese “The treaty of painting” by Guo Xi in 1950. He then considered himself as a reincarnated Chinese painter from the Song Dynasty. 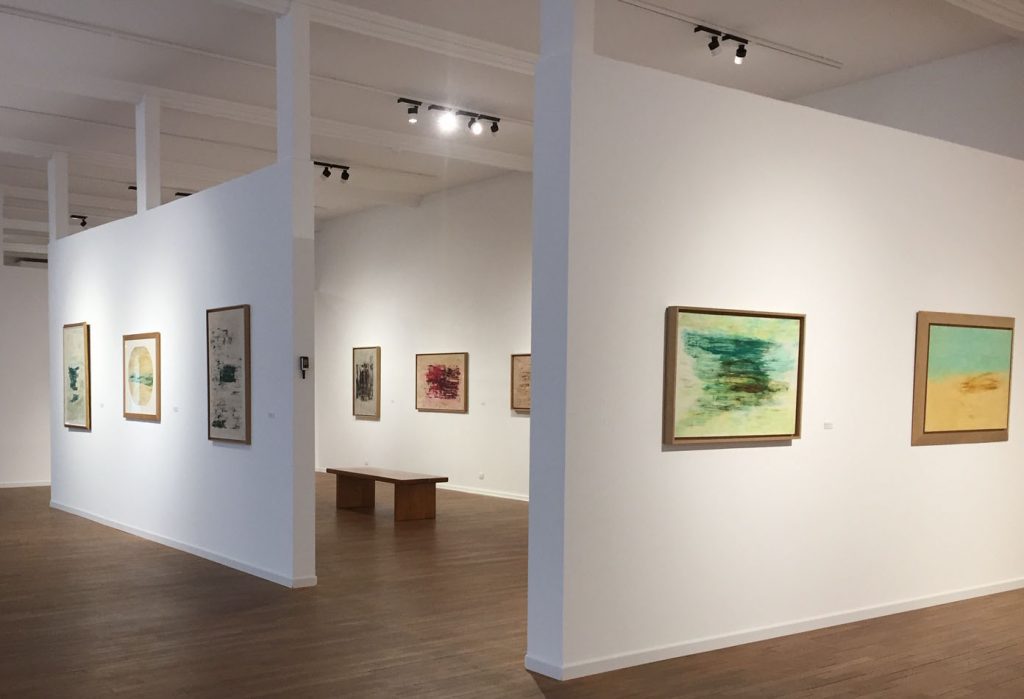 At Masc in les Sables d’Olonne, an exhibition is devoted to René Laubiès until May 19

He studied painting as a way of writing. From his first inks in black and white to his colorful tondos, he shows ultimate refinement. His research on monochrome takes part in his love for poetry. He was exhibited in the Studio Paul Facchetti  in the sixties at the same time as pop art exploded in America, showing non figurative painting against the fashion. Today, Alain Margaron, who assembled a large collection of his paintings,  is showing the result of a long search for calm and beauty which René Laubiès was looking for every year in India.

Oil on paper marouflé on canvas, 1988

Very keen on poetry, he translated Ezra Pound who was a close friend, and had introduced him to American writer Robert Creeley. Later, Laubiès illustrated Creeley’s books. His life was made of long moments of silence and reflexion and this is aexactly what his works bring us. A beautiful respite from our crazy lives. 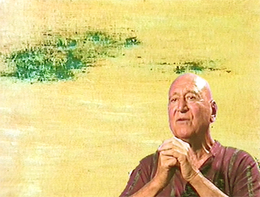 Galerie Alain Margaron, 5 rue du Perche in the Marais until March 16 and at Masc, Les Sables d’Olonne,in Vendée, until May 19.