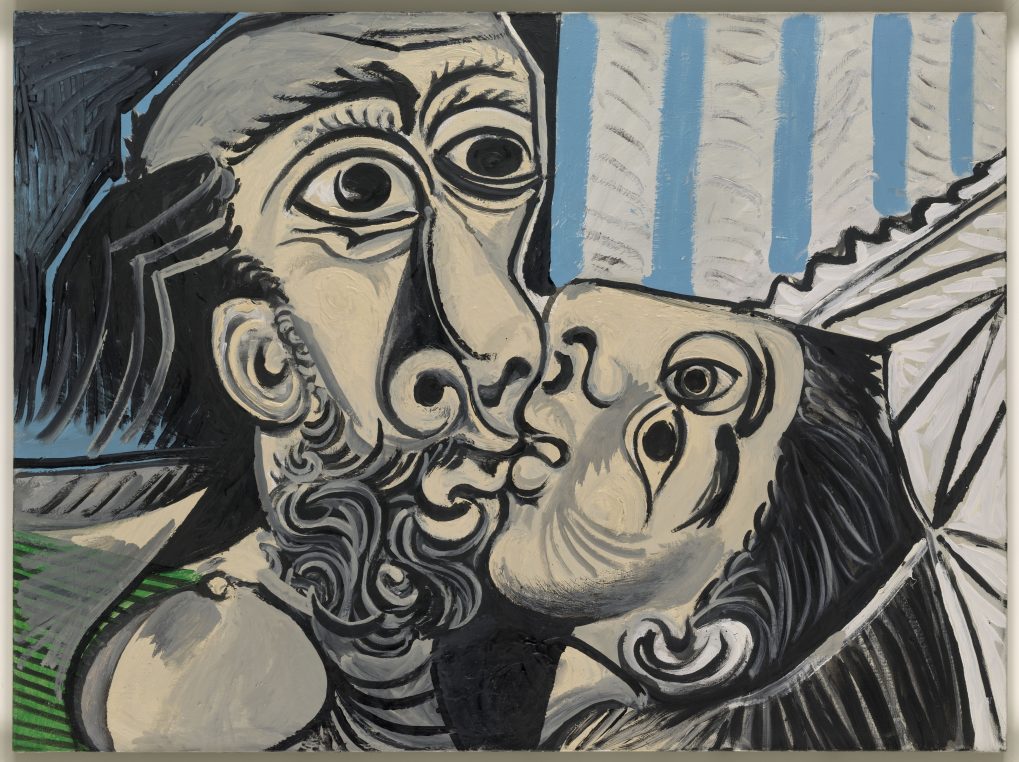 Auguste Rodin (1840-1917) and Pablo Picasso (1881-1973) probably never met or just briefly at the Bateau Lavoir in 1906, but two brilliant curators, Véronique Mattiussi at Musée Rodin and Virginie Perdrisot-Cassan at Musée Picasso, have decided to show them together with many common themes and shapes. The result is two beautiful shows which you should see in one go, if you have time. The climax of the day for me was the room at Musée Picasso called “biomorphism”, with figurative artworks whose form is inspired by life, illustrated by “The Swimmer”. “The Kiss”, “The Crying Woman”, a tapestry of “Guernica” and “The Gate of Hell” facing each other at Rodin, are also high points of the two shows. 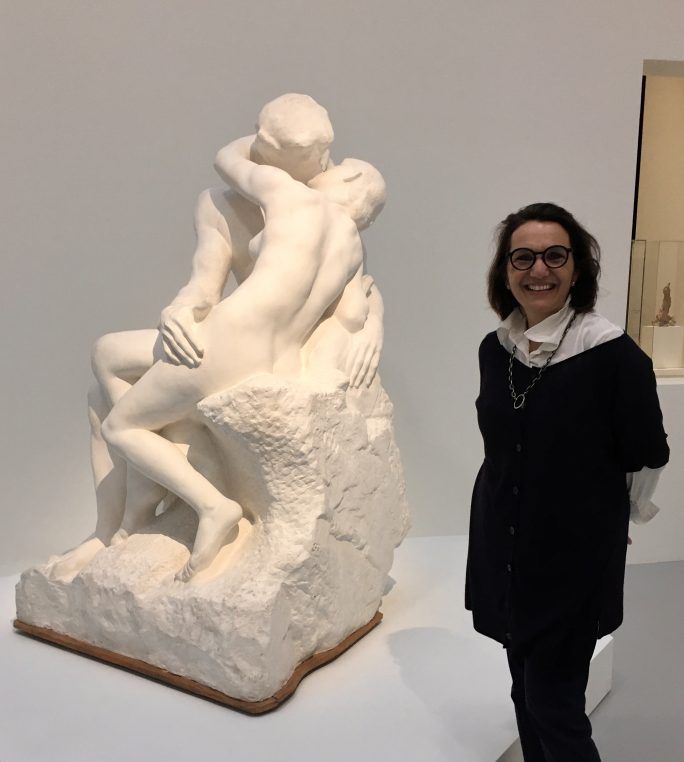 Véronique Mattiussi with “the Kiss” by Rodin

They were born forty years apart and Pablo Picasso discovered Rodin’s genius at the 1900 retrospective at Pavillon de l’Alma: the young Spanish sculptor’s first works are “rodiniens”. He saw there the controversial statue of Balzac which Rodin considered as the chef d’oeuvre of his life. The curators tried to organise this first ever artistic meeting of the two XX th century giants with 500 works between the two spaces. Some pieces of their private collections are also exhibited at Musée Picasso and pictures of their studios in Meudon and in Boisgeloup are shown together. This is not a comparison but more of a “rapprochement” between two modern geniuses. 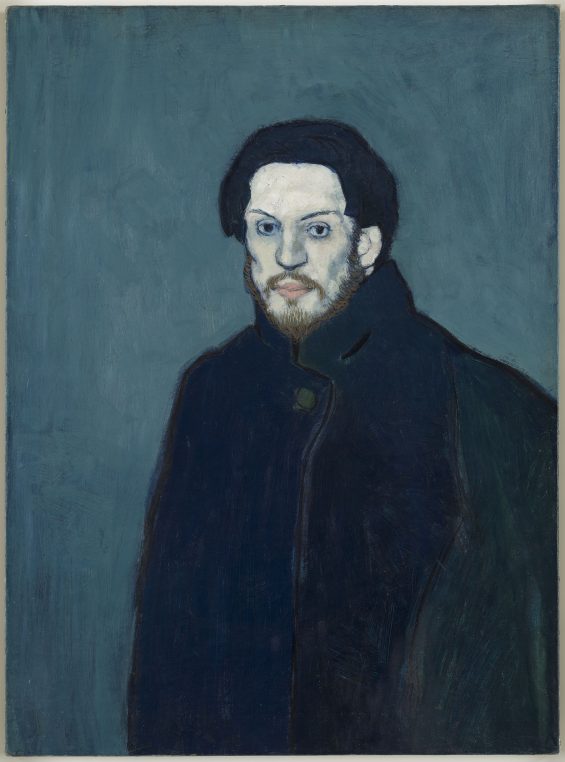 When you walk into the Picasso Museum, you immediately encounter his strong self portrait facing the huge bronze statue of “Monument à Balzac” by Rodin. It is a physical shock after Musée Rodin’s sensual, mostly white and charming exhibition. A large room at Rodin includes “Couple making love”, by Pablo Picasso, a large black and white violent print which expresses passion while Rodin’s sculpture of “Daphnis and Lycenion” on the same theme, is all sensuality. A “Christ on the cross with Marie Madeleine” by Rodin includes eroticism and death, all notions which curator Véronique Mattiussi said were never very far in Rodin’s work. 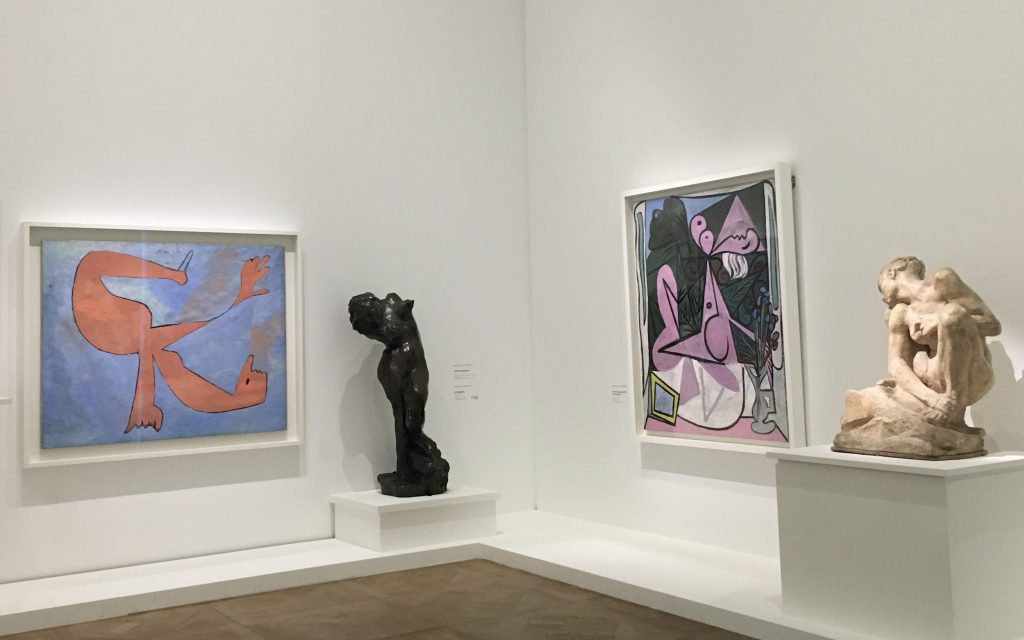 Picasso’s acrobat is shown with Rodin’s dance movement, “the Swimmer” with “Iris, messenger of the Gods”. Shapes and feelings have been cleverly associated by both curators. I loved at Rodin “Composition with a Butterfly” by Picasso but also the tapestry of Guernica made by Jacqueline de la Baume in 1976,  and shown here since the painting does not leave Madrid anymore. A seated old man by Rodin, faces the drawing of a squatting demoiselle by Picasso, both are seen from the back. I also loved the bronze black sculpture of the “Little Girl Skipping Rope” by Picasso shown in a window case with Rodin’s white “Aphrodite” in plaster. 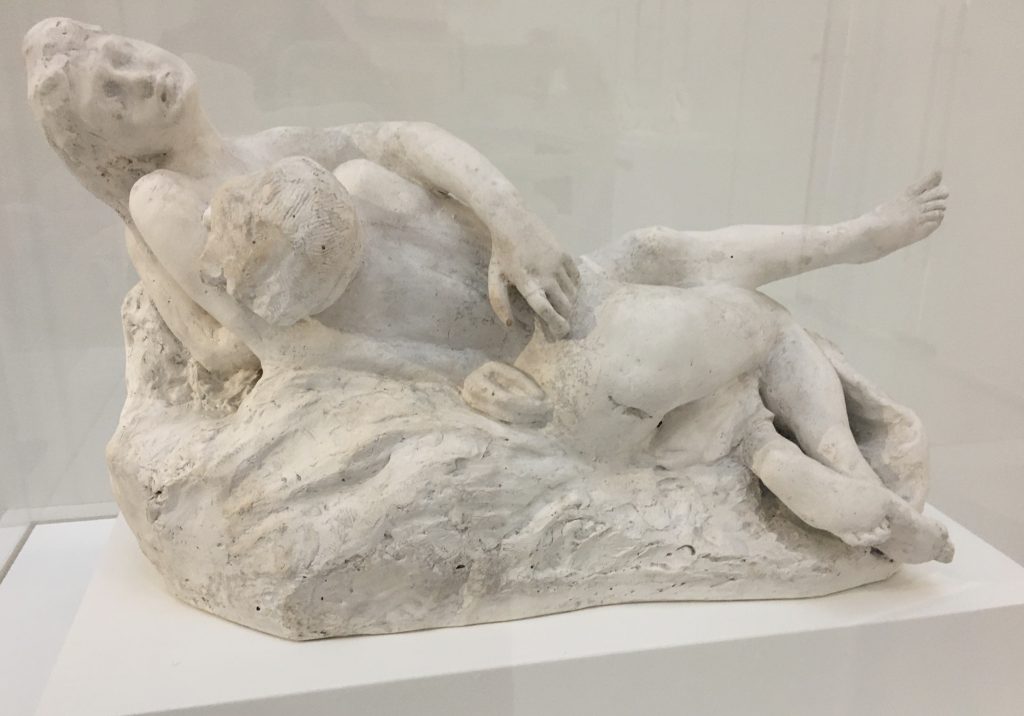 There are two extraordinary marbles by Rodin which represent “La Pensée” (the thought)  and “Puvis de Chavannes”. They are cast in a huge block of marble and the face is tiny compared to the mass of the stone. Of course there are many paintings in Picasso’s case and more sculptures by Rodin. But the mix of works is fabulous and the architecture of both XVII th century Hotel Salé and XVIII th century Hotel Biron, is a dream frame for these chefs d’oeuvre. 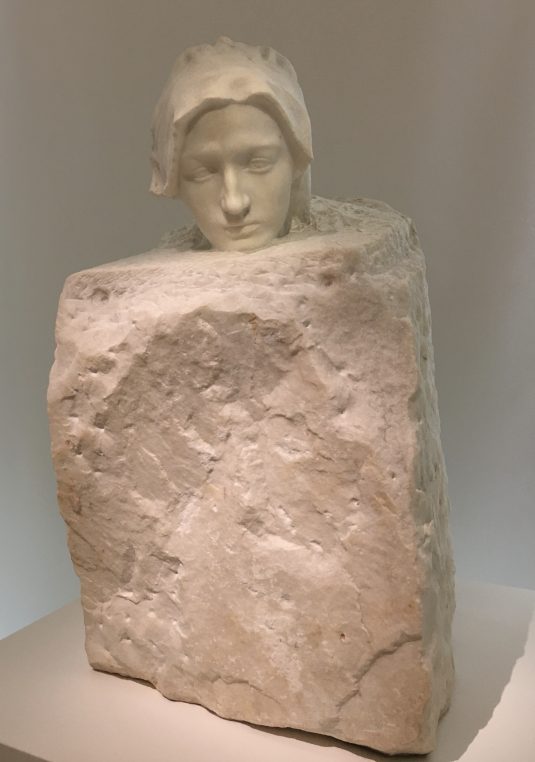 It’s very interesting to visit the two spaces which have both been renovated, one in the seventh arrondissement, the other one in the Marais. Take the time to walk around the Rodin gardens. A new curator Amélie Simier, has started at Musée Rodin on May 3, and it has just been announced that Laurent Le Bon is leaving Picasso to become President of Centre Pompidou… 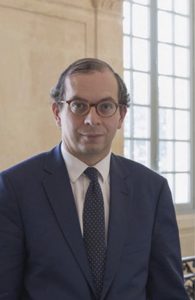 And we are still waiting to hear who  the new President of Musée d’Orsay will be? As well as Versailles’?

Until January 2022, Musée Rodin and Musée Picasso. Both museums are closed on Monday.