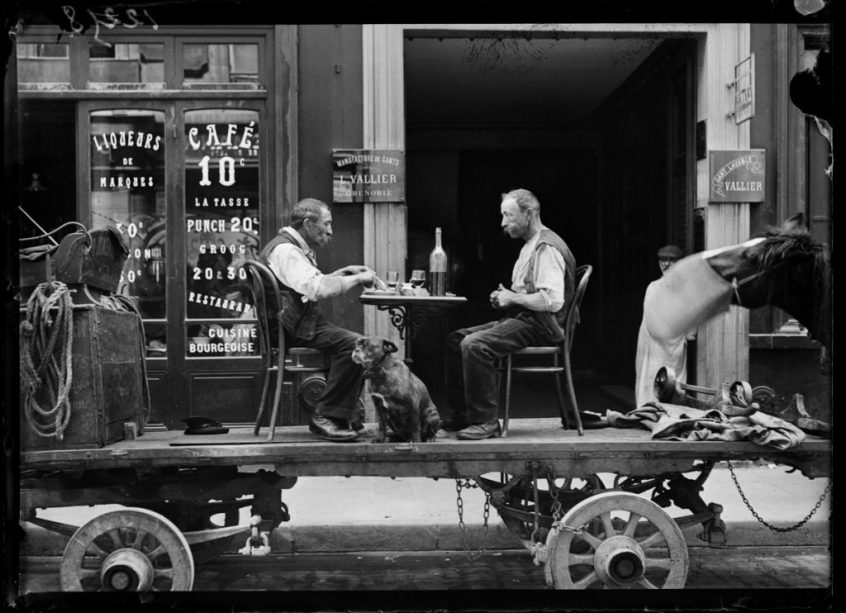 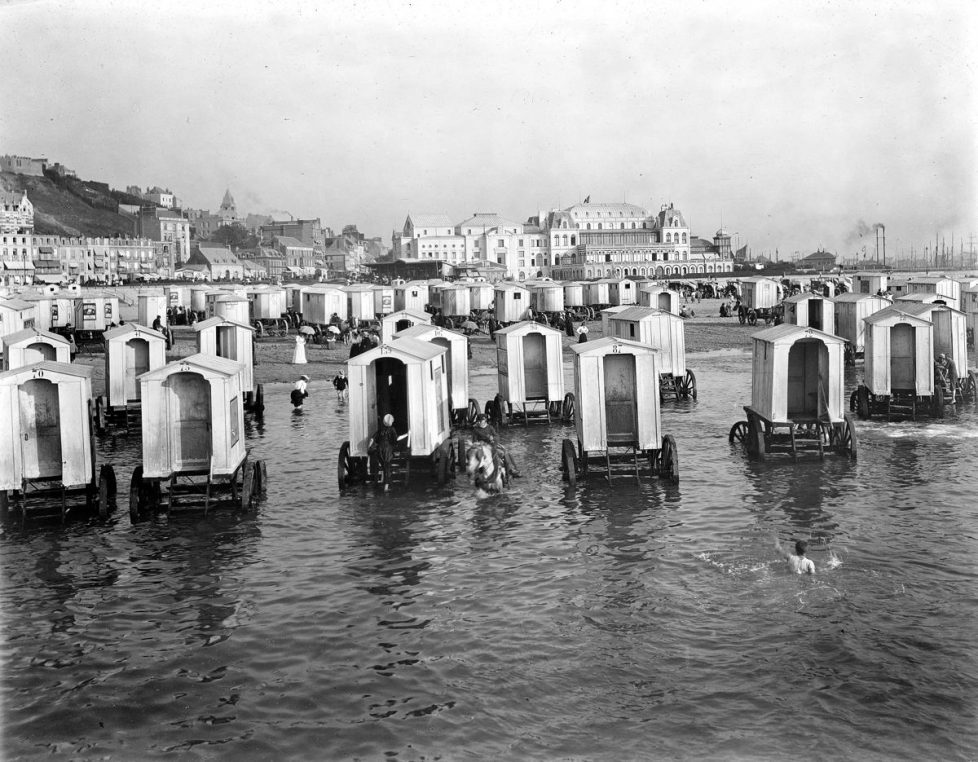 The address at 6 rue de Seine is well known by lovers of old photos and archives. Roger-Viollet, is the temple of 7 million photographs collected over 45 years by Hélène Roger-Viollet and her husband Jean Fischer since 1936. The agency is owned by the City of Paris and is now being managed by the owners of a photo agency. The premises have been modernized and all photos are digitalized which means that you can walk in the shop and choose prints from everywhere in the world on specific topics for a modest sum of money. Magazines and newspapers use their photographs on a regular basis. 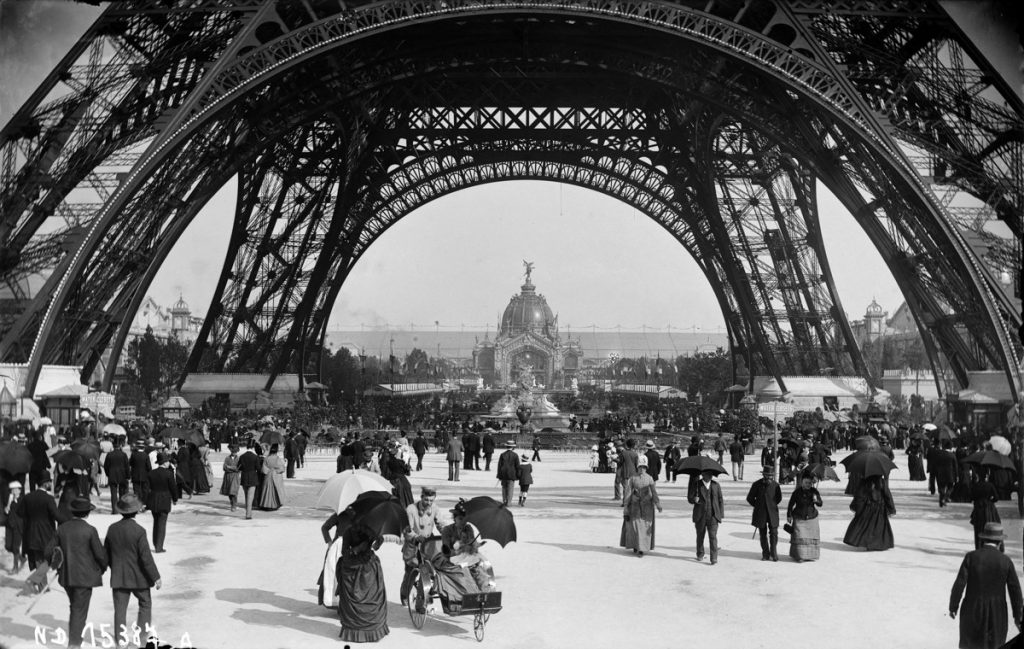 Hélène Roger-Viollet was raised in her father Henri Roger’s lab, and watched him print and transform photographs. Her mother was called Jeanne Viollet thus the name she created for the gallery. She started her professional life as a teacher but switched to professional journalism and photography during the Spanish civil war and she had the opportunity of taking twelve films of photos in 1936, after a holiday in Andorra.  This is when she realized that selling photographs was financially much more valuable than writing articles. She invents the reproduction rights for the press and starts the agency.  In 1937, she organized a show of her father’s photographs at the 1889 Universal Exhibition and her own at the 1937 Exhibition and while looking for a picture of the German Pavilion which her father had erased from the collection, she found a little shop at 6 rue de Seine which sold old prints. She bought it and developed what it has now become. The largest collection of negatives and prints in the world 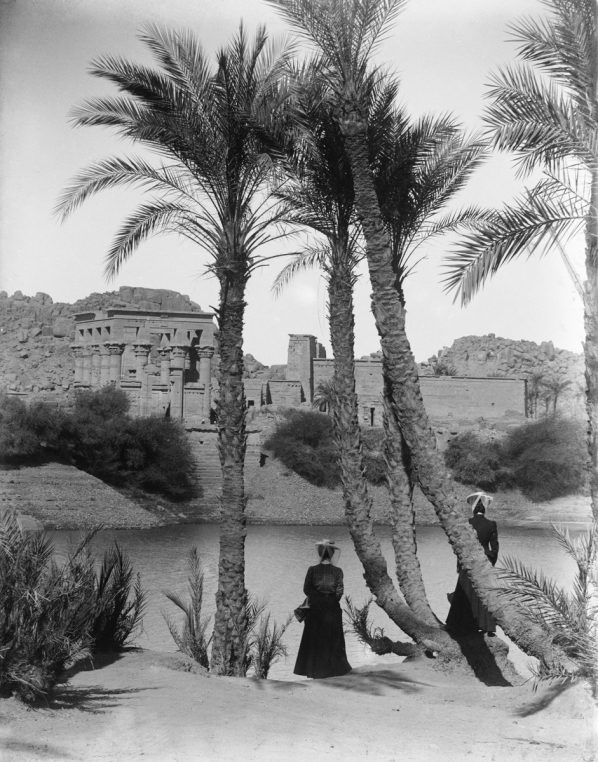 Temple and Palm trees by the Nile on the Island of Philae (Egypt), circa 1900. Detail of a stereoscopic view, © Léon et Lévy / Roger-Viollet

During the war, she decided to close the shop because the German censureship imposed to get approval for all sales of photographs and it was too time consuming. She joined Paris Match and became a war reporter in North Africa. With her partner and then husband, the Austrian Jean Fischer (who fought in the Foreign Legion), she bought many collections of photographs increasing the stock from 100 000 in 1945 to 7 million in 1981. They own large glass negatives (60cm X 80 cm) of the Chartres cathedral or Napoléon III’s Price awards at the Galerie des machines for the 1860’s. They also have a unique collection of theatre shots from the Lipiski fund since 1924 until 1975, which includes portraits of actors but also of decors and directors. Also a collection of photographs which portray the Czar and his family, was sold by one of their friends and includes amazing pictures of the Russian Imperial  family. 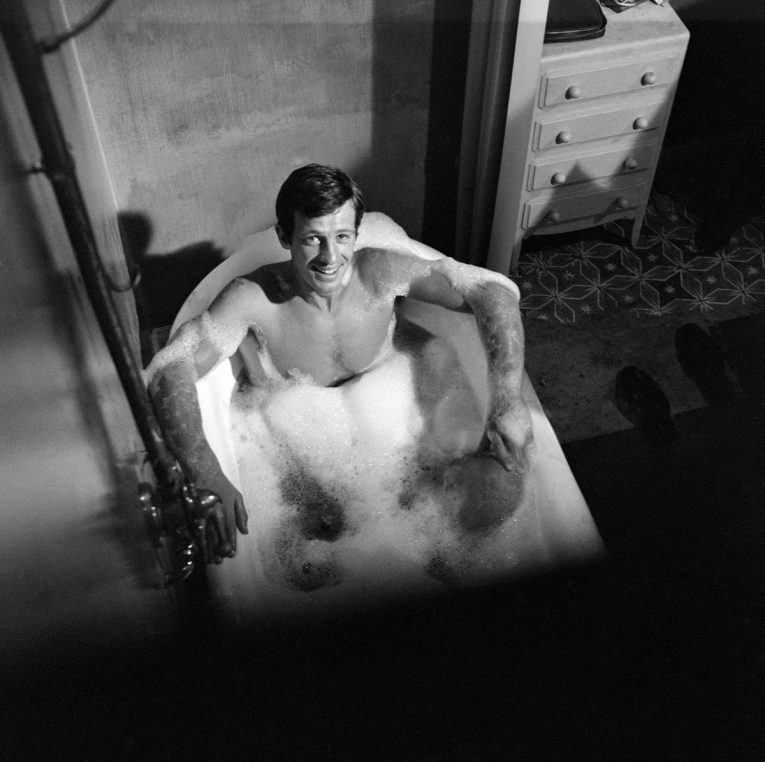 At the moment, an exhibition of Hélène Roger-Viollet’s own shots includes a wonderful story on Fidel Castro on Independence Day in Cuba (Feb 24, 1959), a fisherman’s wife on Saint Barthélémy island in 1959,  pictures of a hair dresser in Haute Volta in 1963, and diverse Mexican scenes. The couple Roger-Viollet and Fischer went three times around the world and both took photographs. At night they wrote about the day’s shoots and compared their notes: hers were precise and descriptive while his were more atmospheric. In January 1985, Hélène was strangled by her husband who later committed suicide in prison. The collection is now owned by the City or Paris. 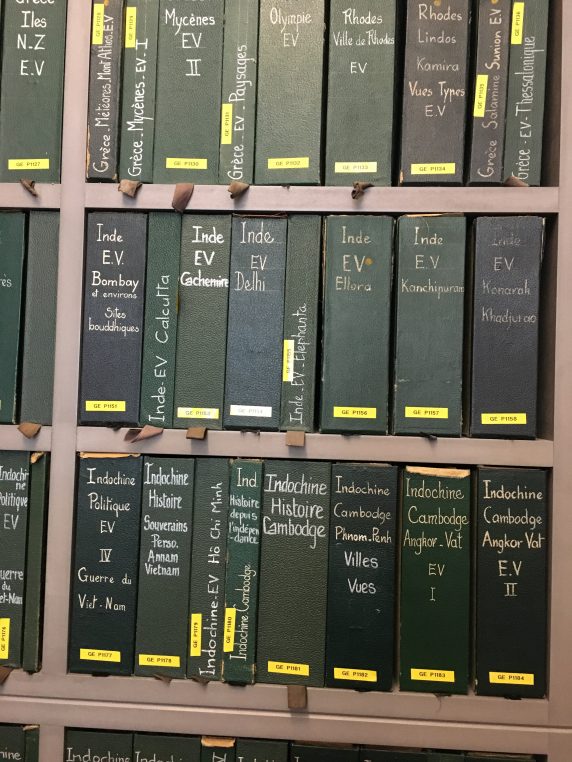 You can look from home at the website and choose your own prints to buy or visit the shop at 6 rue de Seine (and see the exhibition) which has more works on their computer and will pull out most prints immediately and authenticate them with a stamp. The fares are very reasonable (under 300€ for A2 formats) and the variety of topics endless.

One Comment on “Roger-Viollet, a paradise for photo lovers”