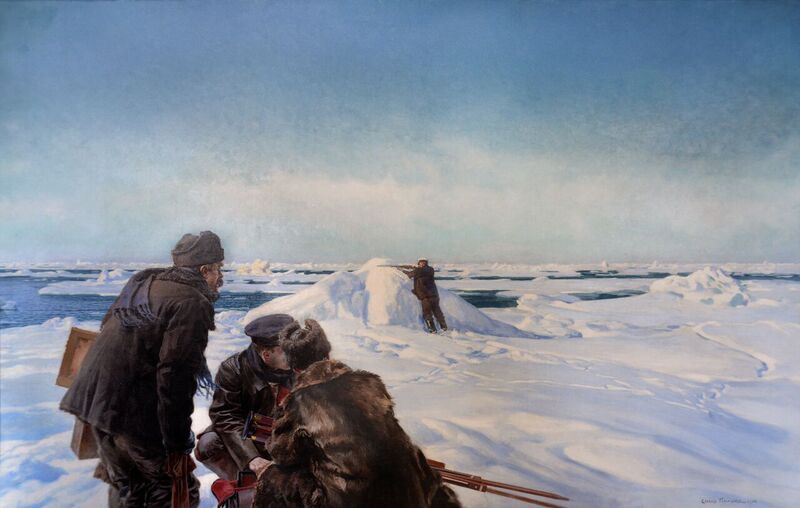 Visiting Musée de la Chasse in the Marais is always a great experience, and this small and chic museum has become the best shared « secret » for demanding visitors. The reason for it is Claude d’Anthenaise, its excellent director. But it’s not always easy to revive an 18 th century house devoted to stuffed animals and paintings of hunters. This time with “Safaris Safarix”, the miracle has happened again. The exhibition of a hundred pieces of modern and contemporary art focused on hunting in Africa, is great fun. And certainly a nice derivative from floods, strikes and football .

Downstairs, paintings by Hippolyte Alexandre Michallon (who retired in St Ives, Cornwall) take us from Leopoldville to Zanzibar in 1886. His collegue Bruce Sergeant paints strong beautiful men in the thirties, and is followed by American painter Edith Thayer Cromwell who travels with Austrian artist Brechtholdt Streeruwitz. They all met at the Slade School of art in London and fell in love with Africa in the 19 th century and curator Mark Beard put them together with contemporary artist Peter Coulter. 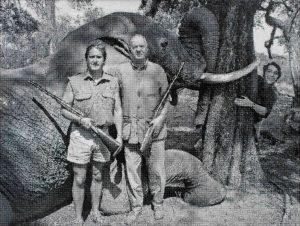 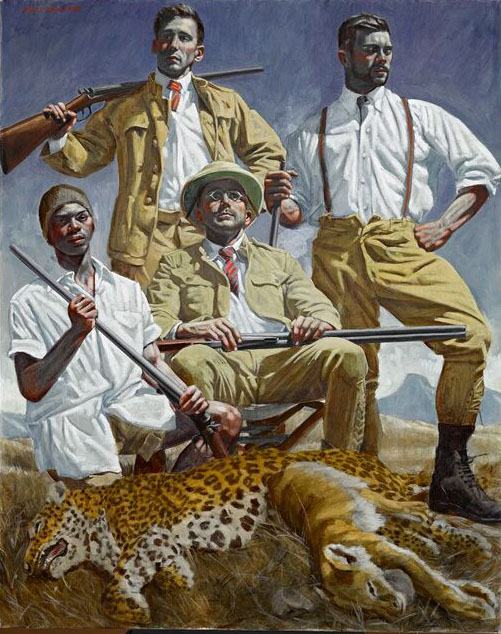 In the courtyard, the skeleton of a giraffe by Swiss artist Christian Gonzenbach is well displayed in its own hut (chapelle) and upstairs, photographs and comic books including Tintin in Congo, complete the show. I loved another giraffe whose neck goes across the floors up to the attic by Agnès Rosse, whose film « Le réveil de la giraffe » is a great 7 mn video. Spanish artist Joan Fontcuberta produced two luminous boxes on the Duke Ernst von Saxen’s  hunting territory.
What I liked most of course is the extension of the museum devoted to the paintings of Prince Albert I of Monaco hunting around the world. He had the great idea of taking Louis Tinayre on all his expeditions from 1904 onwards. Daily life in the North pole and in Wyoming or the Pyrénées are wonderfully reported here in oil paintings. I had a great discussion with the security guard on what « chasse aux pagophiles » could be, and after checking on google we found out that they were white seagulls from the Canadian North. These rooms show more than fifteen  paintings  of the scientific Prince’s travels, including shooting whales in the Azores and black bears in the Rockies. His love for navigation and science produced a strong oceanographic research which is exhibited in a museum in Monaco. The paintings are shown on the second floor of the Club de la Chasse, which is usually not opened to the public. 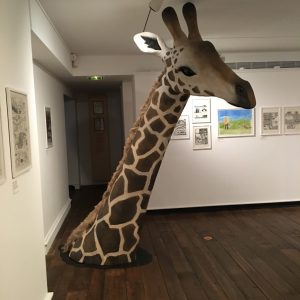 Agnès Rosse, Giraffe, in the attic

There are also many boxes of photographs and letters from passionate hunters and this show is as extravagant as its protagonists were. If you don’t like safaris, this will make you change your mind!

A pleasure for the eye and an excitement for the mind !