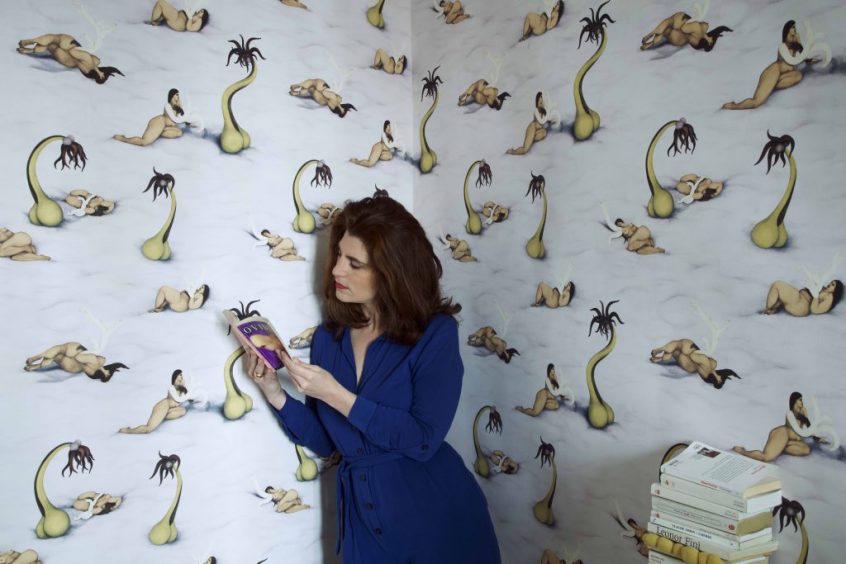 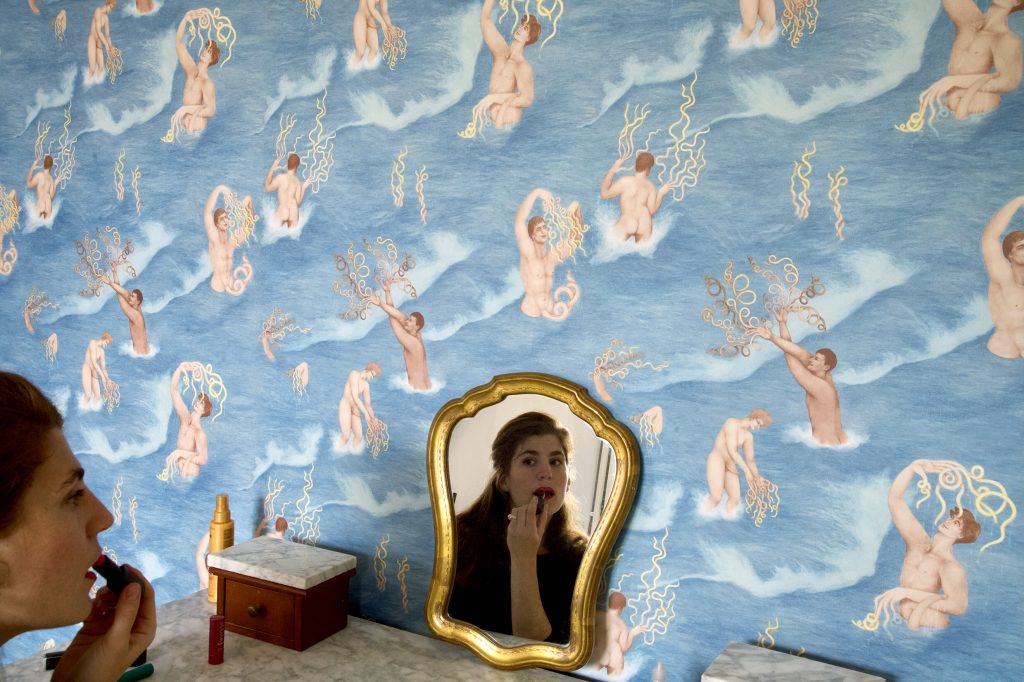 “Mecs plus ultra”, a wallpaper with flair with the artist

The daughter of a French soprano and an American photographer from Magnum, Sarah Kalvar was raised in an artistic International environment and has always been attracted to objects and decorative tools. She is exhibiting for the first time at Maison et Objet, the most important  French decoration fair, which takes place in Villepinte near Paris, from September 8-12.Her wallpapers and tiles will be shown next to other booths with home accessories and furniture among the most prominent International decorators. Yet she makes everything herself in her studio of Saint Ouen, at the heart of the flea market. 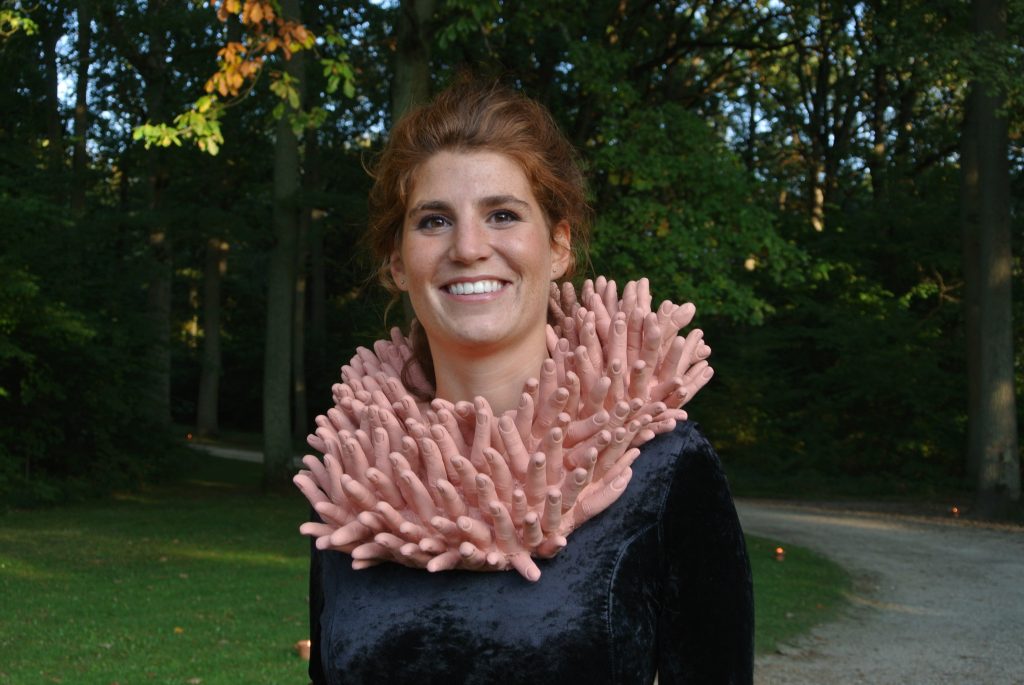 Sarah Kalvar is wearing her finger collerette at a posh wedding 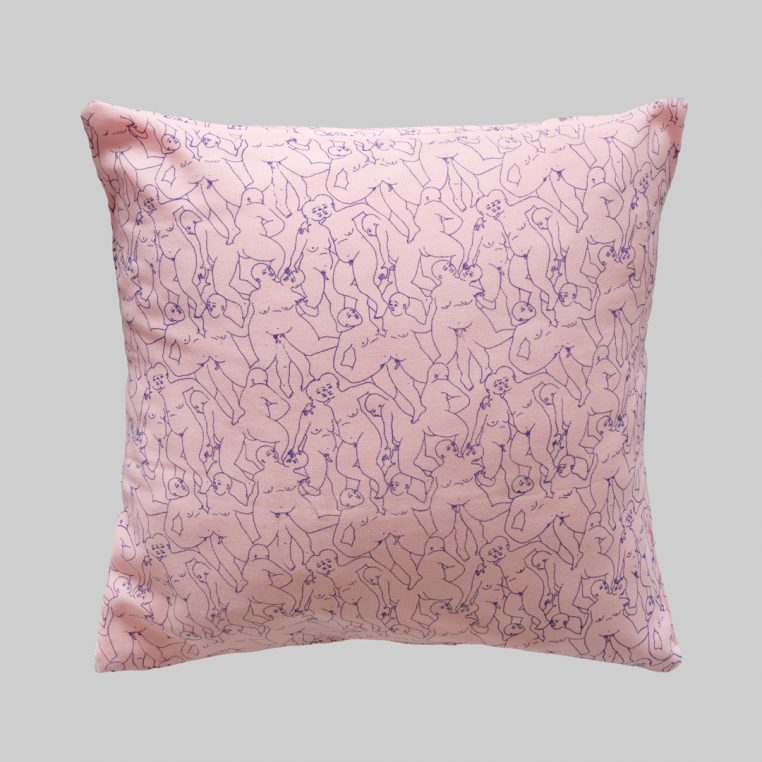 Cushion symposium in blue and pink is inspired by Plato’s philosophical texts, and sells for 50€

The titles of her pieces, Breakfast Epiphanies, Saint Glinglin, a never ending party, Kindergarten, after Freud’s psychosexual Stages of development theory, are all full of sense of humor. And the contrast between this well to do young woman and her creations is probably what’s most fun about it all. 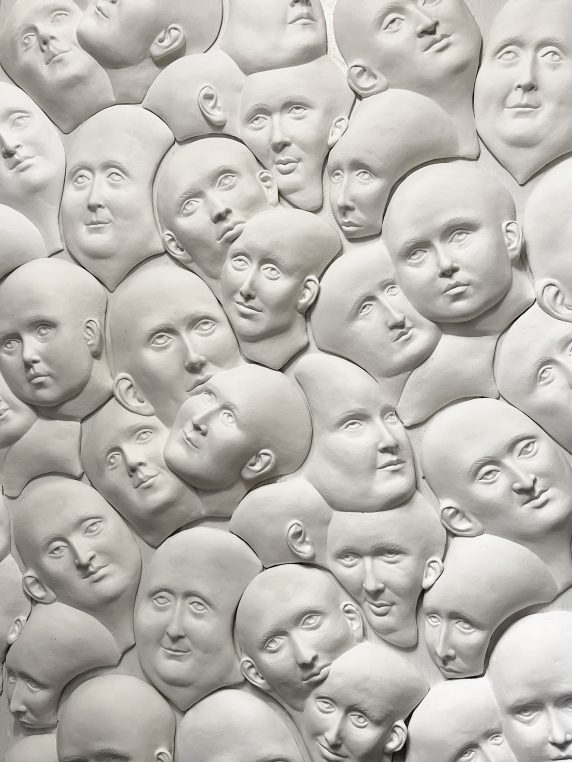 If you go to Maison et Objet in Villepinte, (8-12 September), don’t miss her booth D132 in Hall 4 and if not, you can contact her on www.sarahkalvar.com.