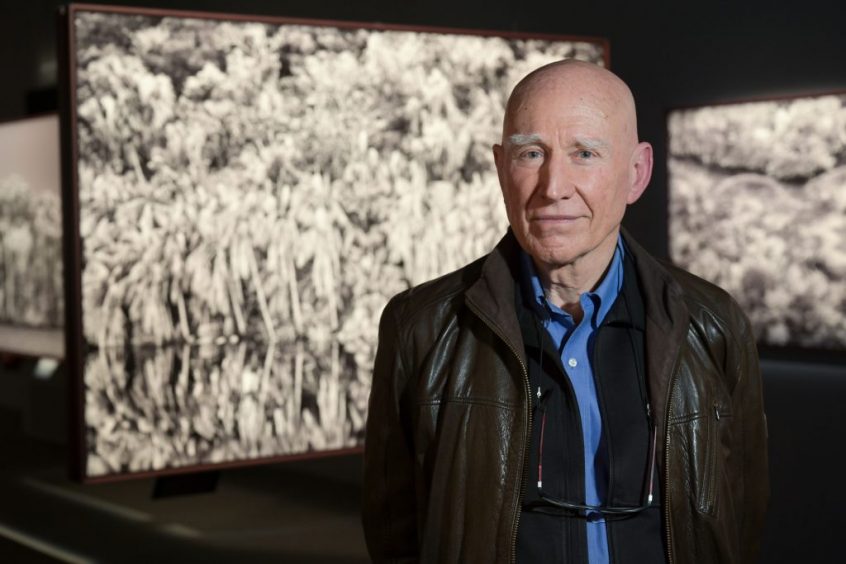 There are two things I did not like in Sebastião Salgado’s exhibition “Amazônia” at the Philharmonie: the staging of the pictures, which are huge and stand like trees in a forest with too much light on them. This is what was meant by the photographer and his wife who designed the show, but it is not half as gracious as Joseph Koudelka‘s exhibition at Bibliothèque de France last September. And the extreme politicization of the exhibition. Yes the Brazilian tropical forest and its Indian tribes are dangerously threatened by corrupt politicians and the lumber trade. And yes this is totally frightening. But the beauty and wildness of Salgado’s pictures suffer from this hyper political correctness. In the large space of the Philharmonie, there are a few enclosed rooms with interviews of tribesmen who sound like they are reading a text,  and smaller prints which show the photographer’s real talent. And these are the ones I liked best with Jean Michel Jarre’s sound track. 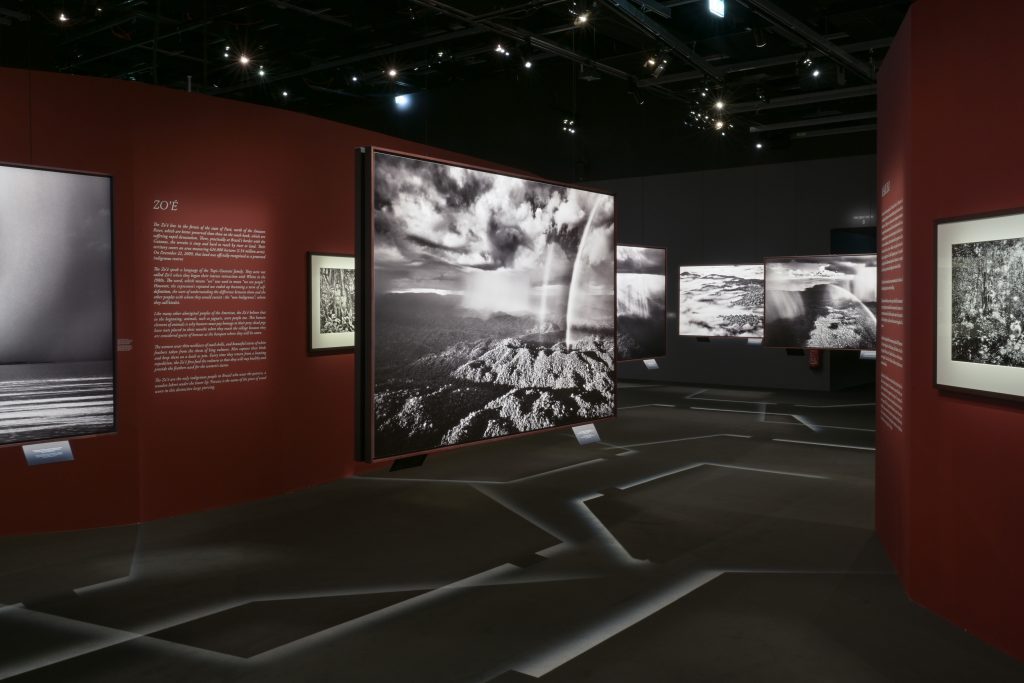 Once I got over this visual shock, I could concentrate on the beauty of some of the photos. There are many landscape  pictures shot from a helicopter, but also some fantastic portraits of the Indians. Young ladies and whole families, ceremonial rituals and muscled fishermen. Some pictures of the river Maiá and the Caçabo igarape are just magical. But the Indians at work or in ceremonies are what is most moving. 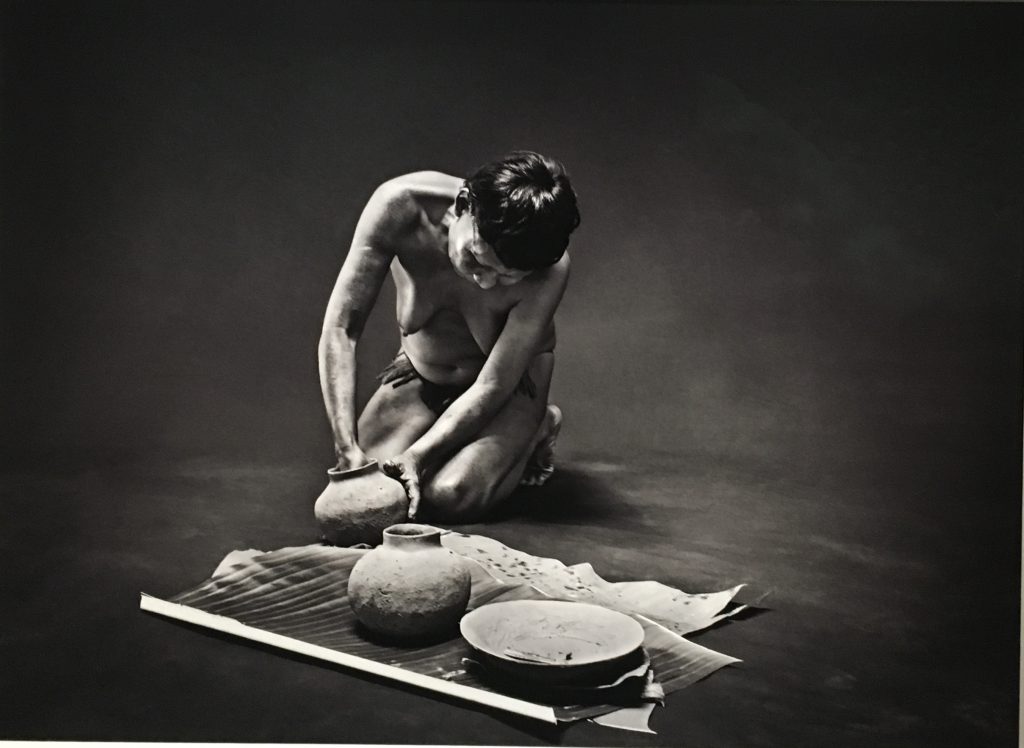 Salgado said he wanted “the visitor to feel enveloped by the forest, immersed in both its exuberant vegetation and the daily lives of its native peoples”. The music composed by Jean Michel Jarre (we are at the museum of music after all), is very successful in making one dream about evasion and heat. The French composer was inspired by authentic sounds of the forest  such as birdsongs, animal calls and the roar of the water tumbling from mountain peaks which he found at The Who archives sound library in Geneva. Yet we move in the dark with very bright lights directly on the photos and we feel very far from the poetry of tropical forests.

There is great sense of humanity in most pictures and Salgado’s anthropological curiosity is not at stake. He has managed to take incredible shots of Indians in action. He mentions in the book published by Taschen that during one of his numerous trips over ten years, he had a knee operation and could not wander around the forest. This is when he took his “studio” portrait pictures. And they are quite wonderful. The weaving of men’s striped cloth, the group pictures with a whole Ashaninka family, the trees reflecting in the river, and the mountains of Kukenán ad Roraima photographed in 2018 are also stunning. 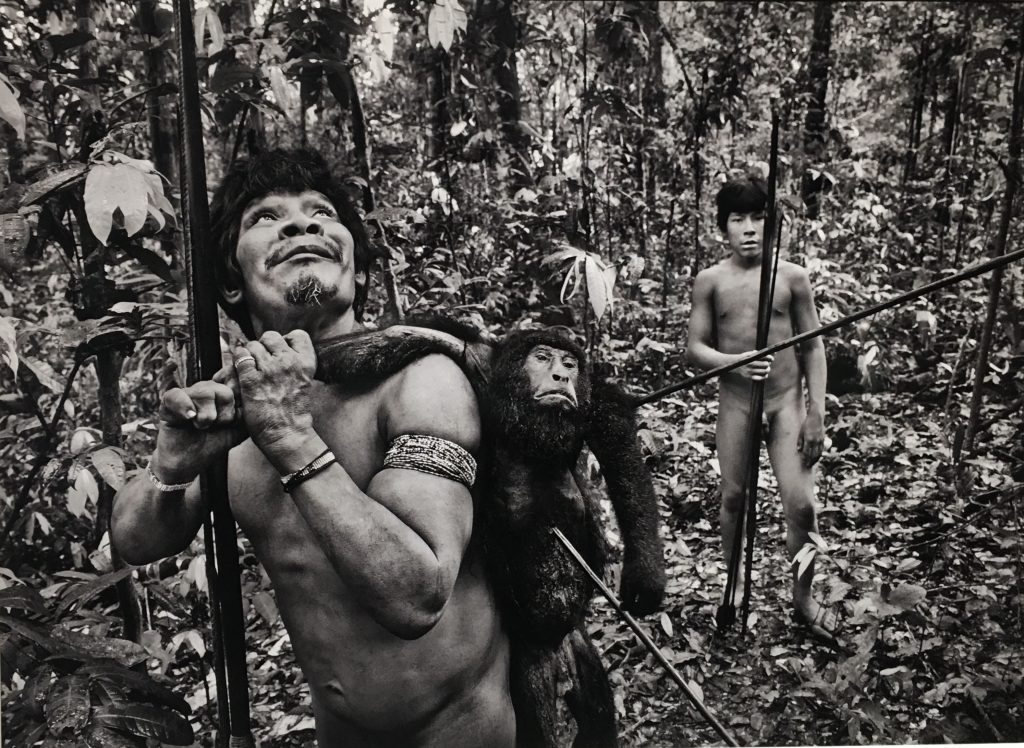 Typaramatxia Awa carrying a money that he has just hunted with a bow and Kirby-tan (behind). Awá-Guajá Indigenous Territory, State of Maranháo, 2013

Another section of the show deals with inundations and strong rain. The park of Anavulhanas, in particular, is made of a series of islands which are invaded by water coming from Colombian mountains when the snow melts. One picture is very poignant: it represents a young Kuikuro girl in Matto Grosso who was locked up in the dark for a year and as a result, her skin has turned white. She is portrayed with her hair hiding her eyes so as not to be blinded by light when she emerges from the dark. The bangs are cut progressively. This is the preparation for a special parade, which will mark the end of her seclusion. 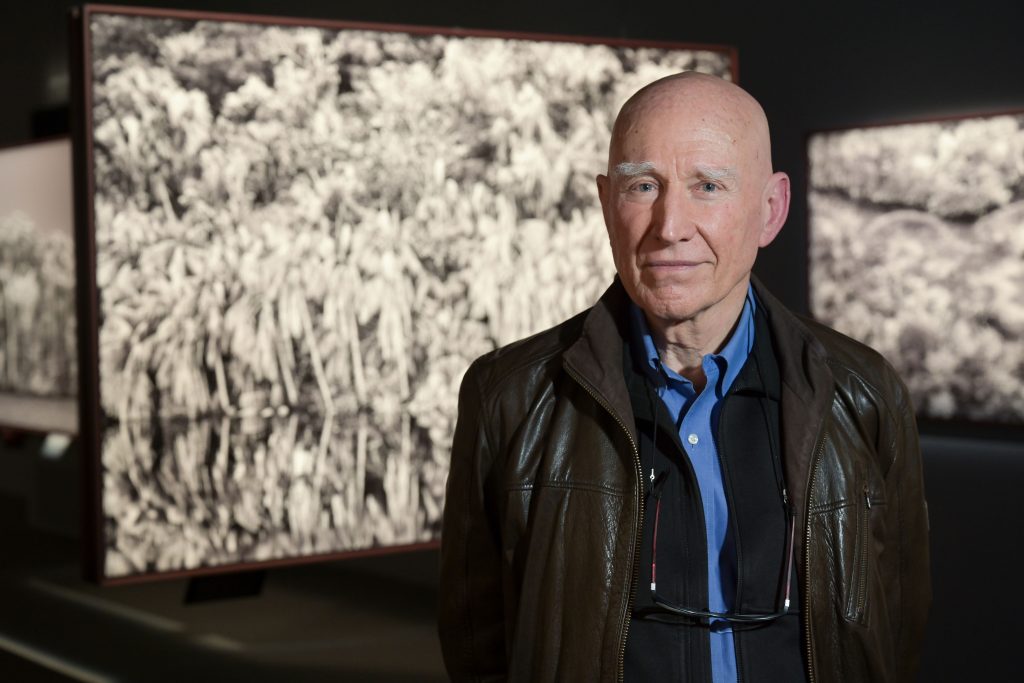 More than a photo exhibition, this is an anthropological study with images. The book published by Taschen is too large and too heavy, but the texts by Salgado, show how keen he is to reestablish the natives in their territories. And one thing is certain, he is a major photographer. Some of the presents given to the Aborigenes are speed boats to ride on the rivers. 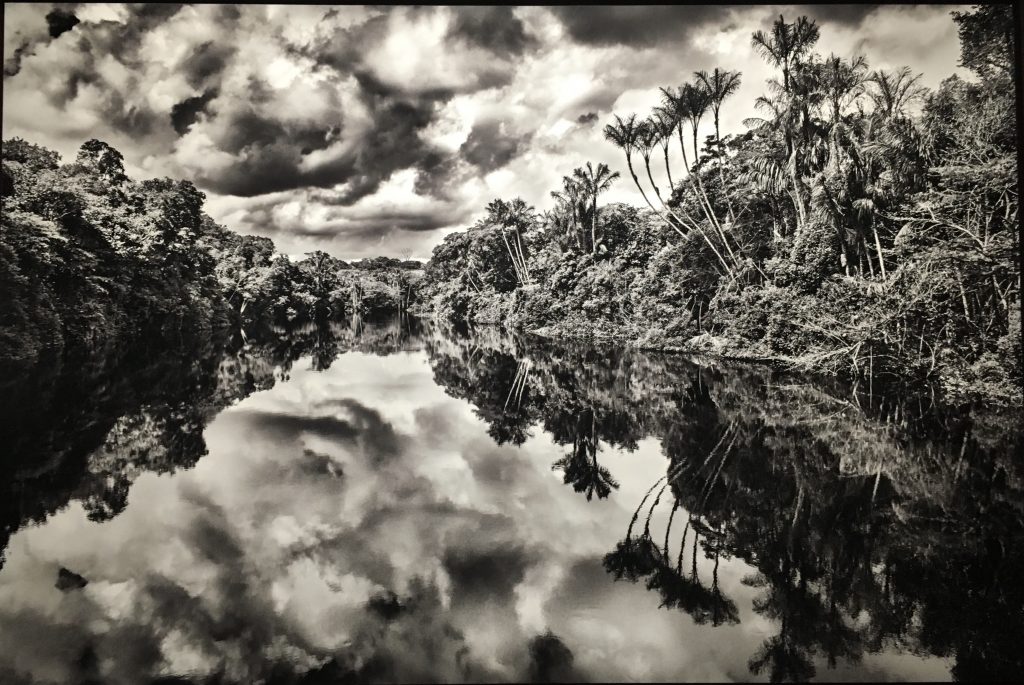 To show their concern, the couple also created in Brazil the Instituto Terra with a forestry school, tree nurseries, etc… This is a major show with you can visit until October 31, Philharmonie de Paris, closed on Mondays.