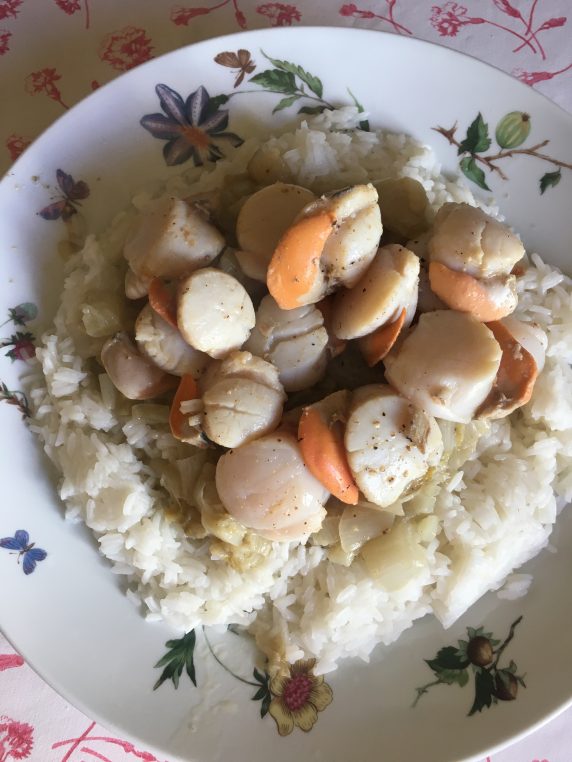 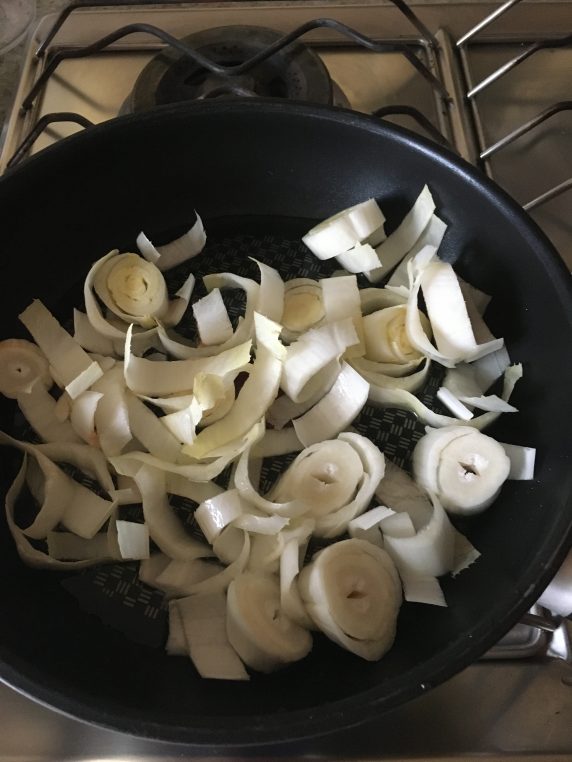 Throw some endives into the pan

I was having posh people for lunch and my fridge had some old endives wanting to be eaten. So I decided to cook scallops with endives (instead of leeks usually) and it was a success. The bitterness of the endives made the fish more interesting and there was rice also as a cushion to smoothen things up. So here is the recipe which is super easy. 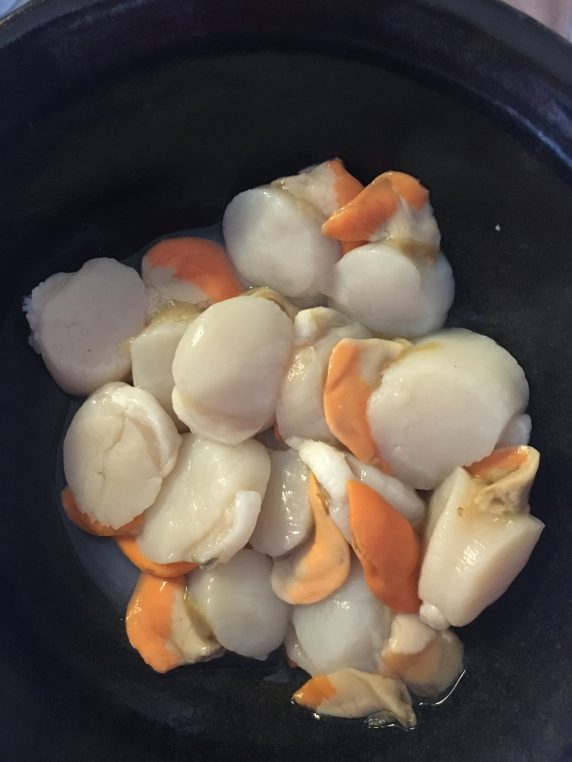 Take large scallops (4 or 5 per person) with the pink coral and cook them in a pan with butter or oil, salt and pepper and a little lemon for five minute on each side. Cut your endives in slices and put them in a little water in another pan, add some sugar to sweeten the taste. Let them simmer for twenty minutes and add butter from time to time. Boil the rice (not too much!) and serve it in a bowl on which you add the endives, then the scallops. It’s a light dish, with no calories except for the butter and super fast to make. 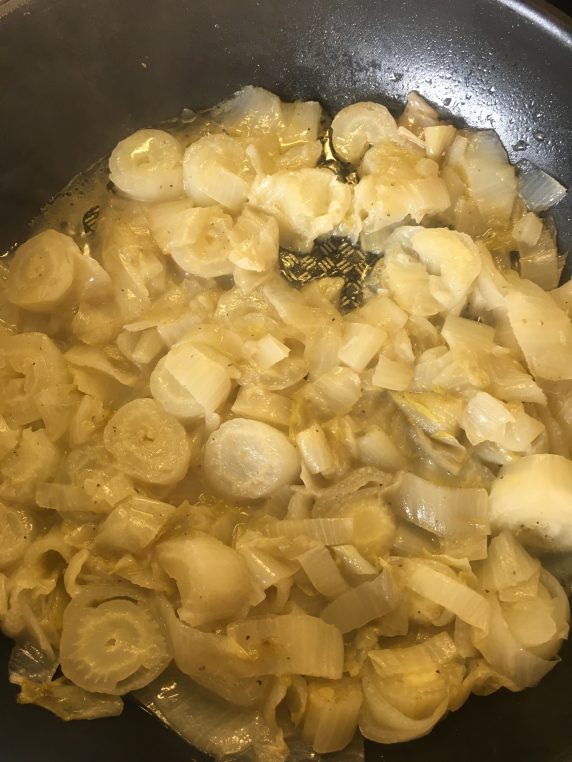 Plus it’s the full season for scallops. If you want to be luxurious, you can grate some black truffles on top of the scallops. It gives it an exciting smell!

In the dish, throw the rice first, then the endives then the scallops and you can add cilantro or parsley on top

2 Comments on “Scallops are in season!”