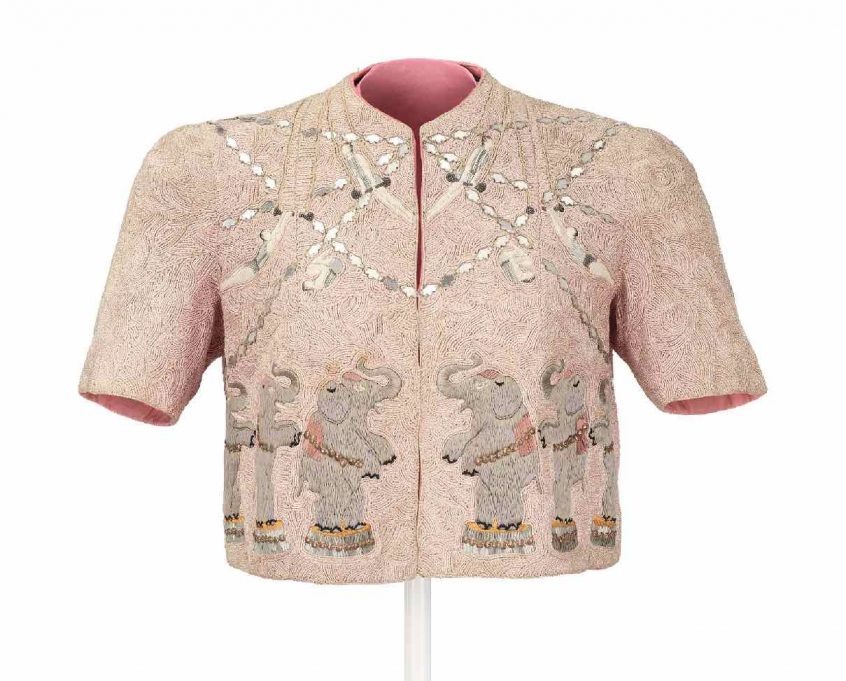 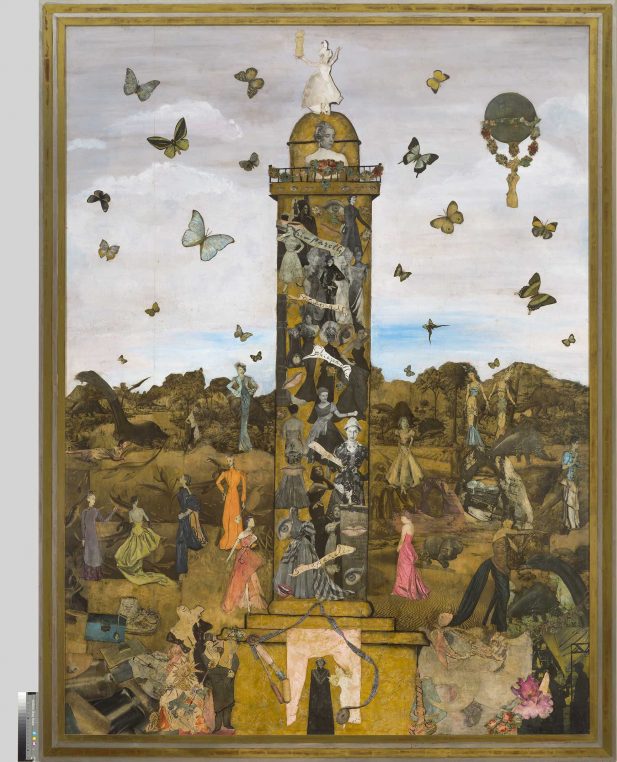 Sophie Lemahieu is a lucky curator. For her recent arrival at MAD, she gets to open “The Surreal world of Elsa Schiaparelli” exhibition in the middle of  Couture week when the cream of the cream of fashion journalists and stylists are in town. And what a show! Those of you who saw Thierry Mugler’s retrospective last year will find some similar glitzy rooms in this one where Elsa (1890-1973) is confronted to the new house designer, the Texan  Daniel Roseberry. Olivier Gabet who is leaving to run the department of objets d’art at the Louvre was there of course to celebrate the Italian couturière, who was also Marisa Berenson’s grandmother. 520 works are exhibited which represent her world of creativity with Man Ray, Salvador Dali, Jean Cocteau… The scenography is signed Nathalie Crinière. 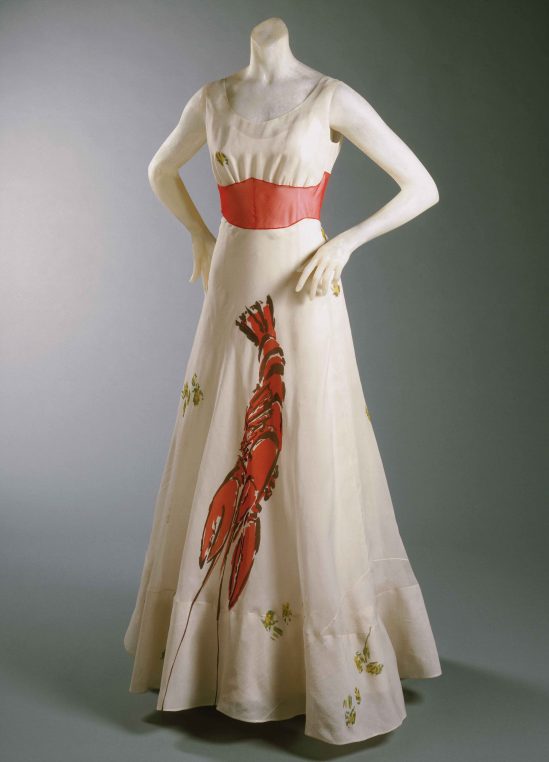 Schiaparelli developed her inspirations through the friendship of artists who considered her to be a full-fledged artist in her own right. Displayed on tow levels, the exhibition is organized both chronologically and thematically around key moments of her career. Paul Poiret played as a mentor in 1922, Art Deco and Jean Dunand, the Surrealists introduced crawfish shaped buttons and lobsters, Man Ray will play a key part in her style. Italian antiquity, and the Butterfly collection which inspired many of her followers (Azzedine Alaïa…) follow. In 1937, she creates “Shocking” the legendary perfume and uses the famous Pink. 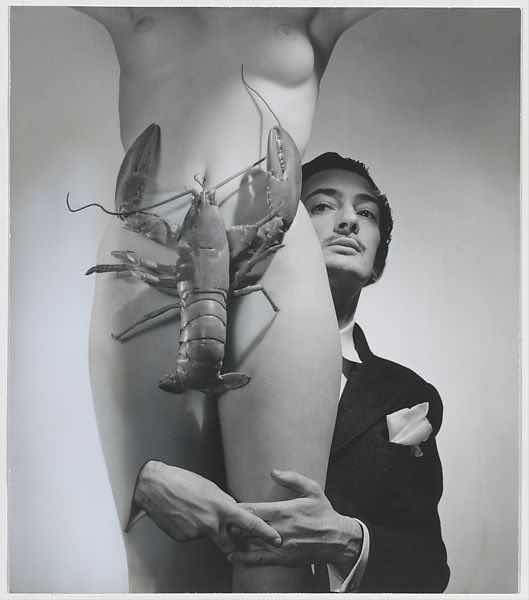 Over 27 years, from her first show in 1927 to her last in 1954, she revolutionized French fashion. Hubert de Givenchy worked with her at 19 in 1947. Born in Rome to a family of university professors and aristocrats (her mother was a descendant of the Medici) living in Palazzo Corsini, she married Count William de Wendt de Kerlor in London in 1914. They had a daughter Gogo, who first married Bernard Berenson’s son and later a Cacciapuoti. A portrait of her in 1936 by Leonor Fini was lent for the show by Galerie Minsky.  She was a delightful lady in the 1980’s when I met her and very modest. Her daughter  Marisa Berenson‘s career always amused her. They were both very unconventionally attractive. Another daughter, Berry Berenson, was married to Antony Perkins and died in the 9/11 attacks. 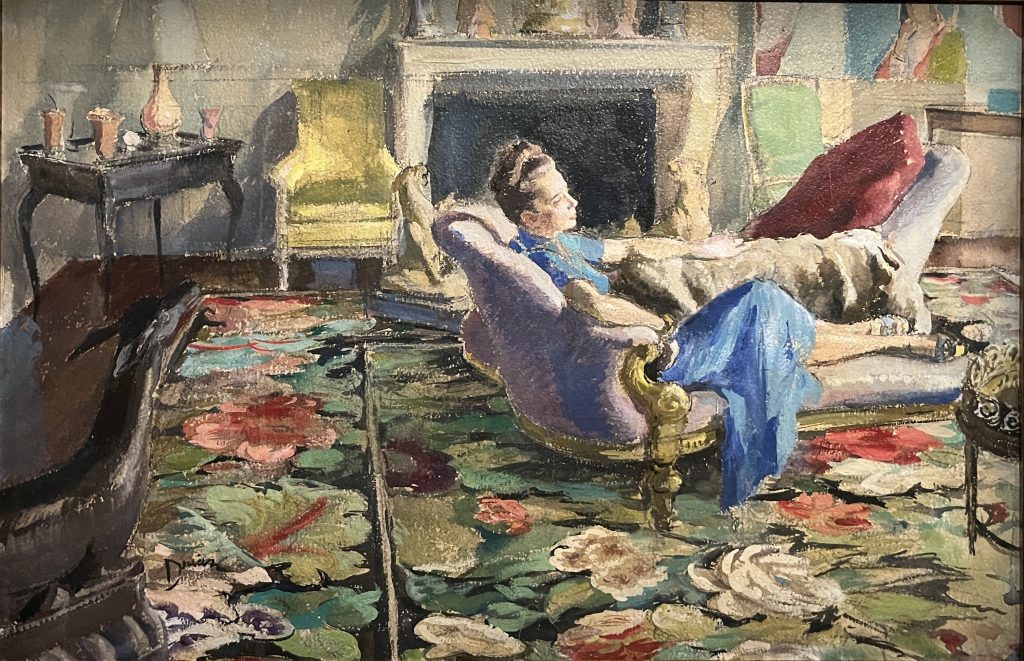 She divorced from her unfaithful husband and moved back to Paris in 1922, where she presented her first collection of trompe l’oeil sweaters with a bow and necktie. In 1935, she moved to Place Vendôme where the house of Schiaparelli has returned recently. She spent the war in France and when she returned, business was difficult. The show is interesting for all the sketches and drawings, the fabulous embroideries (1934) by Albert and François Lesage with Jean Cocteau, and the constellation of artists who were her friends and contributed to her style. 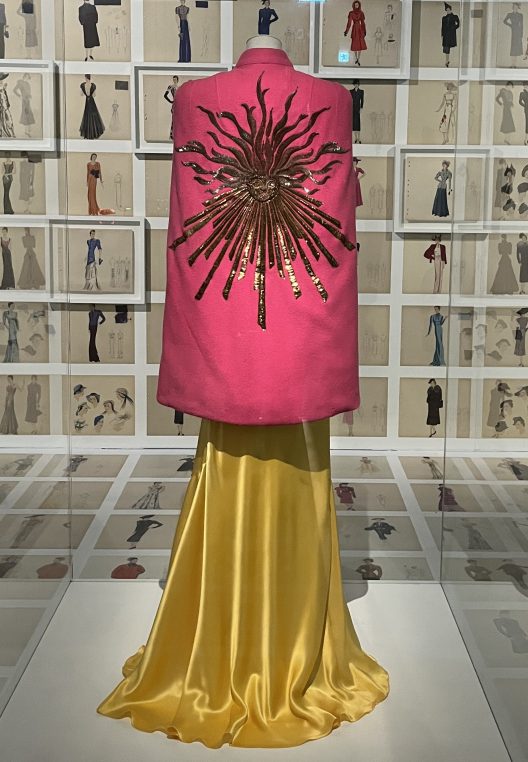 The very rich collectons of MAD allowed many Poiret dresses to be exhibited as well as drawings along archives from the house of Schiaparelli. The Philadelphia Museum of Art lent some essential pieces too like the 1937 evening jacket with the profile of a lady with her hand  holding a bow. There are numerous pieces of costume jewelry and of course the original “Shocking” perfume bottle designed by Leonor Fini. 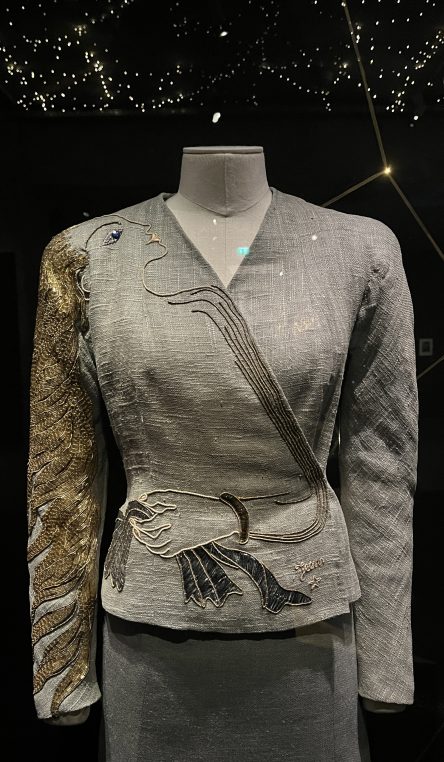 Everyone can find his or her favorite art in this exhibit which is a travel through magic times when couture was inspired and couturiers were artists.

Until January 22, 2023 at Musée des Arts Décoratifs. This is the must see exhibition of the summer in Paris with Chaumet’s  “Végétal” at Ecole des Beaux Arts. 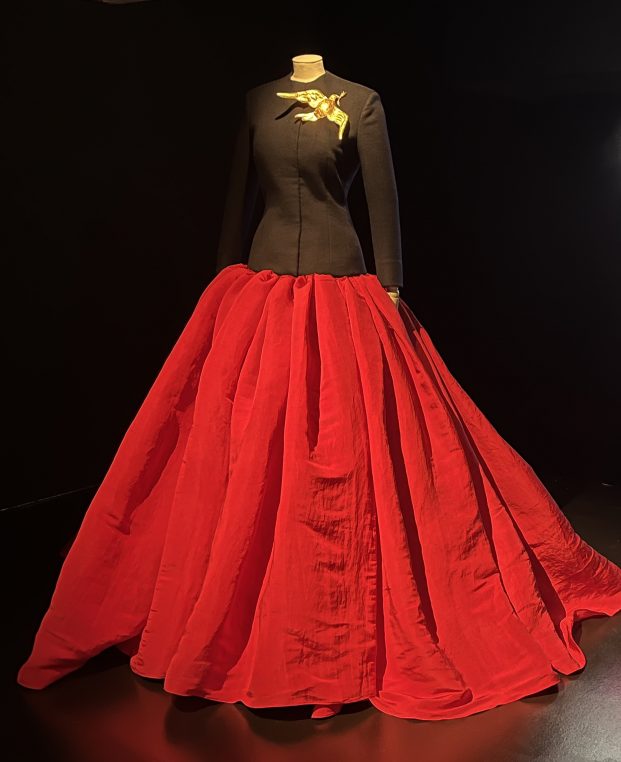 3 Comments on “Schiaparelli is shockingly good at MAD!”