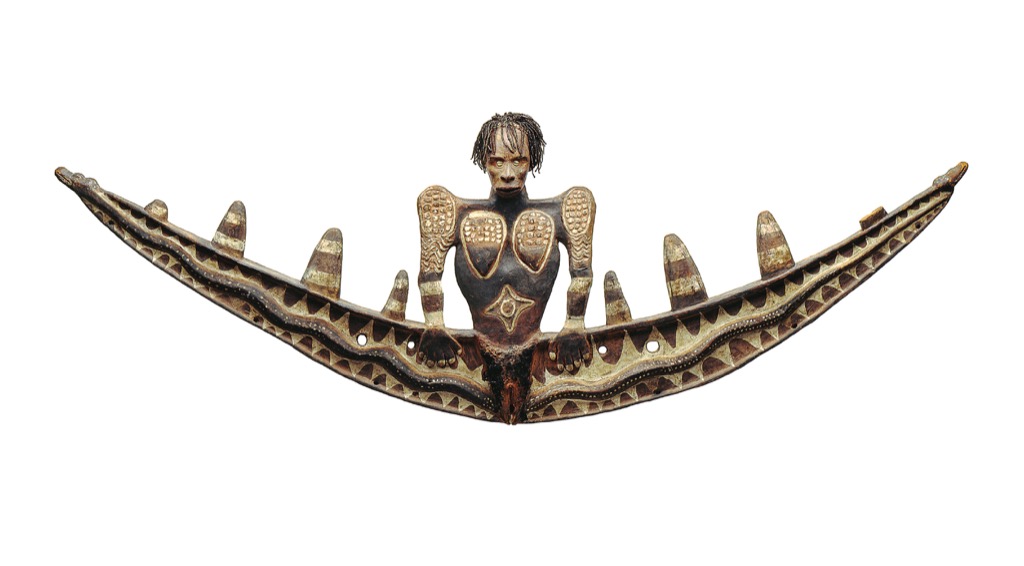 The minute you enter the Sepik exhibition at Musée du quai Branly, you are transported to the other side of the world, watching fishermen on pirogues drifting on a very large river, the 1 126 km long Sepik. Since it was discoverers by Otto Finsch in 1886, the estuary of the Sepik in Papua-New Guinea (independent since 1975), just North of Australia, has been an object of study by German and Swiss scholars and the result of their discoveries is an incredible esthetic experience. 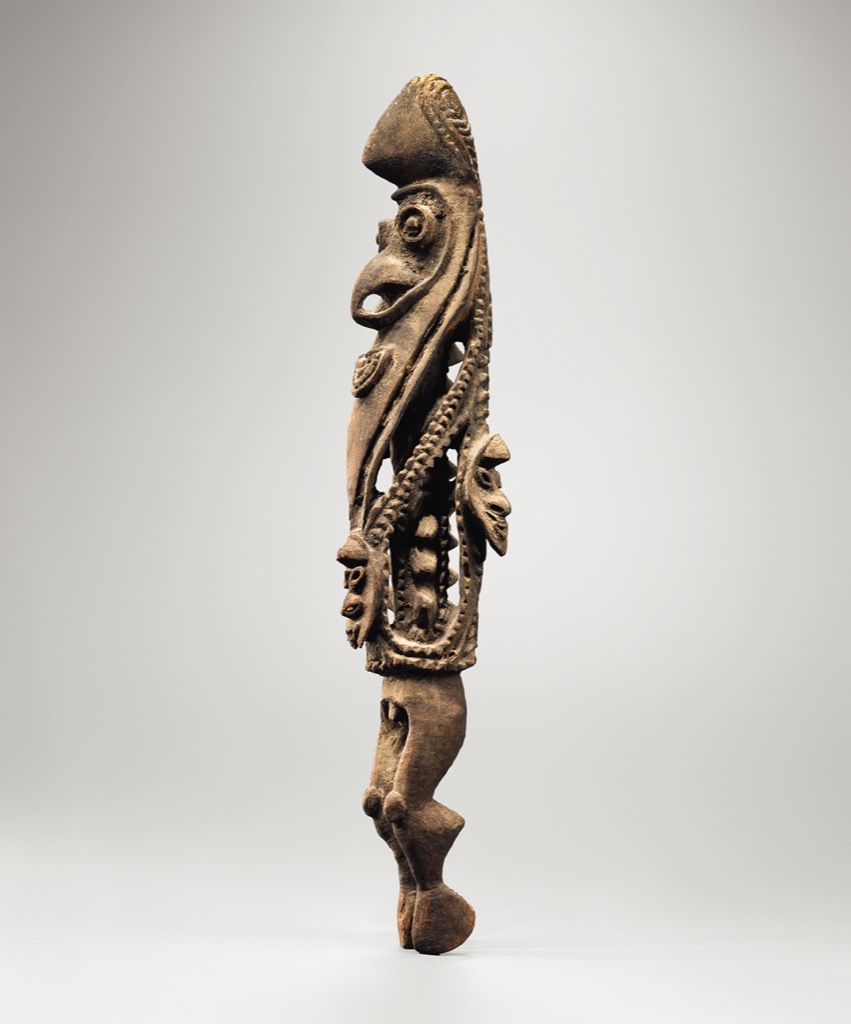 Polymorphic sculpture collected in 1955. This half human, half animal figure is one of the most curious pieces of the show.© Basel, photo Hughes Dubois

I was lucky to be able to follow Philippe Peltier, the curator of the show, who was commenting some of the 230 sculptures (first shown in Berlin and Zürich) for the radio. He went three times to Porapora, a village of lower Sepik and after being initiated to the language for 6 months by tribal men, he was taken on a crocodile hunt and went on daily chores with the villagers, including sculpting statues for the men’s houses. In 1991, he acquired many pieces for the Musée du quai Branly. 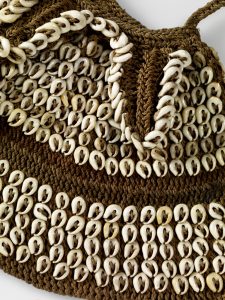 The aim of the show is to explain how Sepik art is entirely geared towards Grand Ancestors figures. How every single piece of daily object is sculpted, engraved and painted with animal or human faces. Villages are illustrated in this exhibition, with their men/women divisions and also a world parted in water/air. 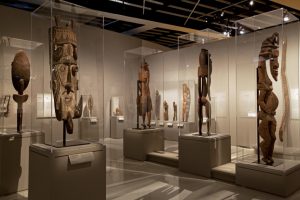 The scenography by Didier Blin is a success, © Gautier Deblonde

Pictures by François Girard in the 1950’s and other exploratory from the beginning of the 20 th century,  are fascinating documents and punctuate masks and sculptures window cases. The importance of sculpted pirogues,  of gigantic hooks,  an important part of the household used for hanging food, or precious belongings, is very new to us. Shell necklaces and pig’s teeth are symbolic of  men’s power. Masks worn for ceremonies are lavishly decorated and sculpted. In the last part of the show, a music room allows you to listen to duets of flutes and other river music. It is a lovely halt in  a bury exhibition! 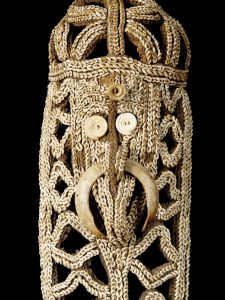 Bride’s coiffe made of shells and pig’s teeth for the nose,© Patrick Griestribal

It is very hard of course to learn in a couple of hours what this is all about, but the pure esthetic beauty of the objects shown here and beautifully displayed by Didier Blin’s scenography, is enough to entice you to go. Among all the breathtaking exhibitions in Jacques Chirac’s museum, this is one of the most intriguing and I would have loved to go home with the crocodile pirogue!

One Comment on “Sepik, a river to be discovered”