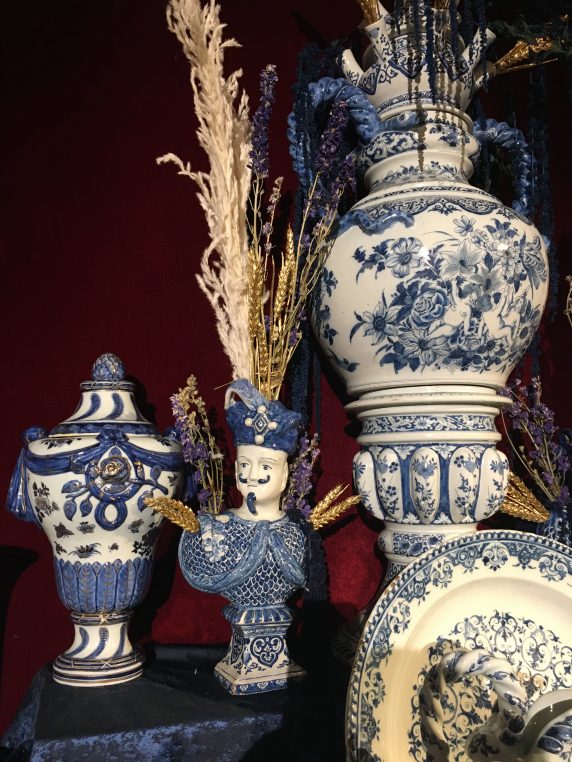 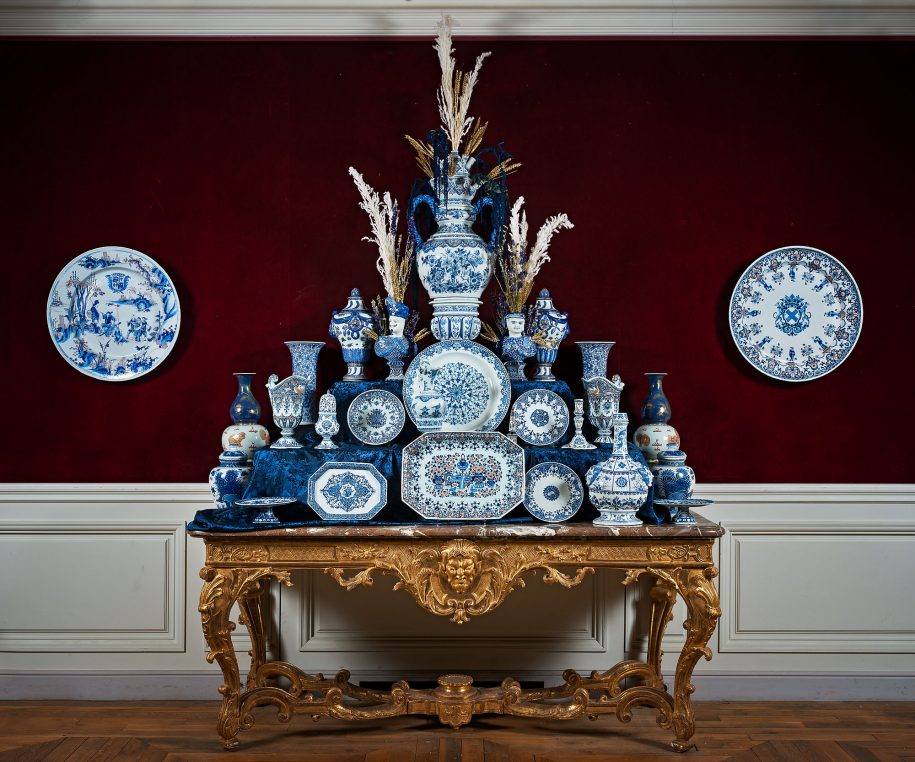 Unfortunately the major Musée de Sèvres exhibition, “A table, le repas tout un art”  which should have opened mid December is postponed until museums reopen in January but it will last until June, so you can’t miss it. And you can buy the catalog published by Gourcuff Gradenigo and prepare your future visit, the objects are amazing. And you can still see beautiful porcelains, old and contemporary, at Galerie Aveline where Marella Rossi has cleverly devised an exhibition “Les petits plats dans les grands” with antique dealer Camille Leprince, J &L Lobmeyr cristal and Odiot silverware. The idea was conceived three years ago with Ombeline d’Arche, then in charge of new creations at Sèvres but only took place this December.  It’s always a delight to visit the beautiful gallery founded by Jean Marie Rossi on place Beauvau and security is total since its neighbors are the Ministry of Interior and Palais de l’Elysée. Don’t miss it, it’s free… unless you leave with one of the amazing pieces… 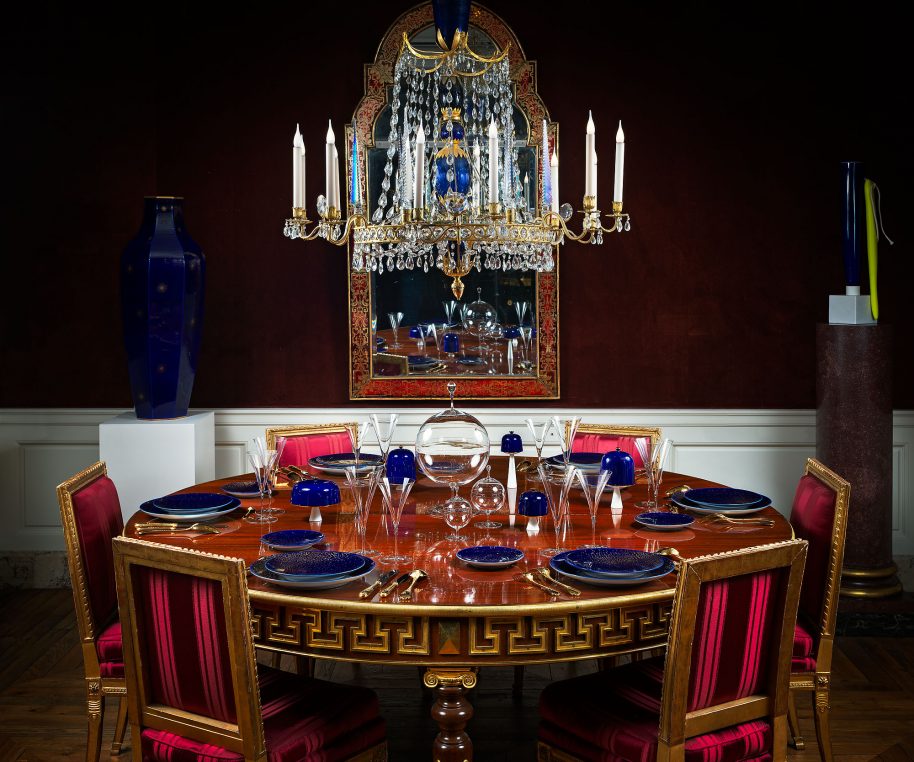 The decor is completely fairy like and suddenly historical porcelain, which belonged to the Borghese, are presented on beautiful furniture… Styles are very mixed but why not, we are not in a museum. The contemporary pieces by Philippe Apeloig, Arthur Hoffner, Ettore Sottsass, Fabrice Hyber, nendo or Matali Crasset are lent by Sèvres, all others come from Camille Leprince or  Aveline and private collections in France and abroad. The great advantage is that everything is for sale! What is particularly fun is that you can see them from close up and the delightful Aglaé will take you around and explain everything unless Vincent Richter appears from his hidden desk and opens the precious pieces of furniture for you. 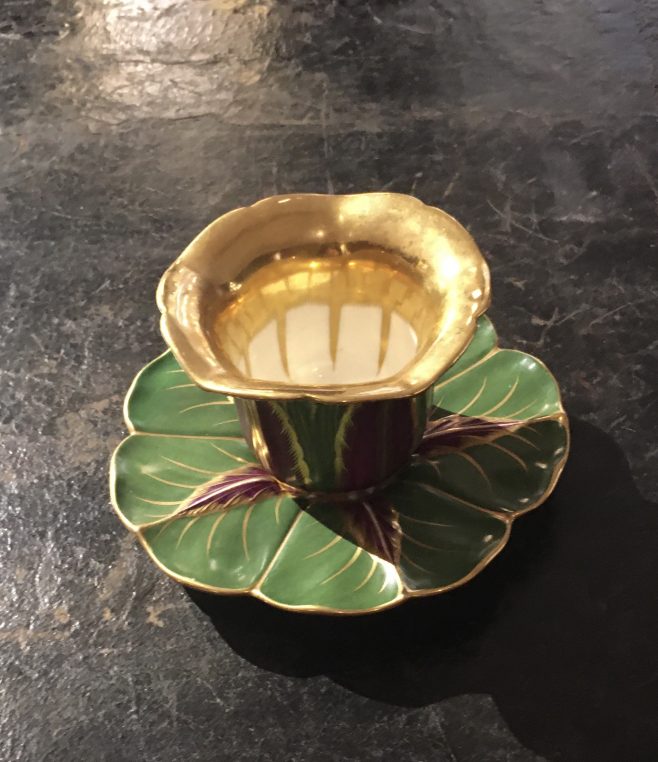 Two large tables are set with a Sèvres “service d’Italie” which used to belong to Prince Camille Borghese and lovely vermeil Odiot cutlery. The more contemporary table in mahogany is set with graphiste Philipe Apeloig’s “Galaxie” midnight blue service with gold stars from Sèvres (he made one in white for Hotel Matignon) and cristal glasses and bombonnière by Lobmeyr. The effect is totally overwhelming and spending a half hour in this luxurious setting is a true Christmas present. Especially if you are standing in front of what Marella Rossi calls her Christmas tree, the green credence with white Japanese porcelain mixed with Saint Cloud and Sèvres vases. Most items are very expensive of course, but you can buy contemporary pieces for under 5 000€ and porcelain roses for 350€. 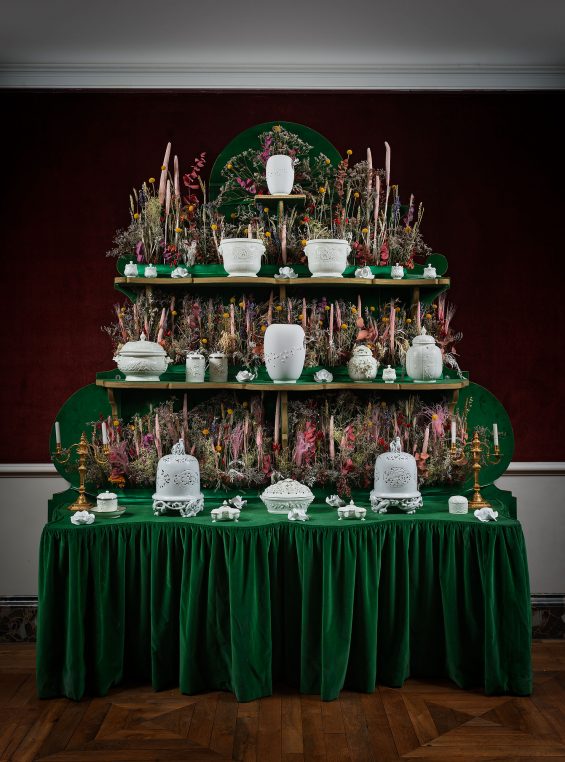 There are two floors and last Saturday, the gallery had to close for a while because the visitors were too numerous…  You can discover three jardinières in Sèvres polychrome with porcelain flowers, which come from the Rothschild’s. There are similar ones at the Wallace collection. Two small Sicilian consoles with a secret drawer and an 18 th century Italian commode which looks completely 1930’s, are part of the surprises on display. Chairs, encoignures and large desks are suddenly alive thanks to these porcelain decorations. 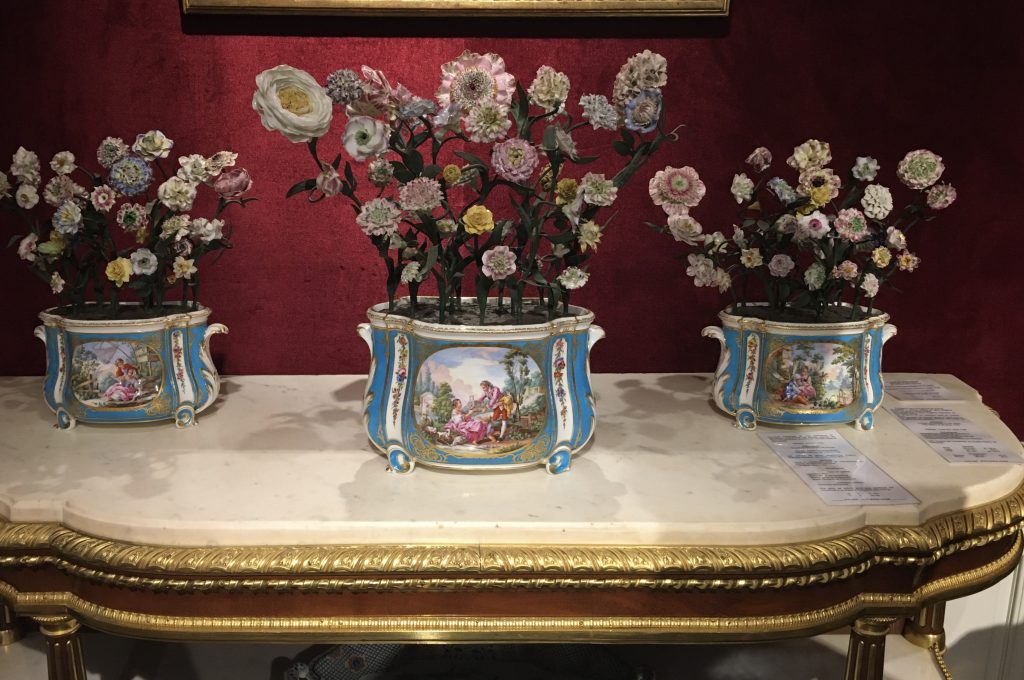 Sèvres 1762, painted by André Vincent Viellard, after François Boucher. The flowers added to the jardinières are very rare because they survived!

Another rarity are the two “Cobéa” cups by Sèvres from circa 1817 and their three Viennese and Berlin copies from 1820-23 and 1823-1832. On another level, a contemporary limited edition of an 1862 white Sèvres teapot in the shape of an elephant is great fun. I am not too keen on Matali Crasset’s colorful “capes” at 3 500€ but was very amused by Arthur Hoffner‘s “Fontaine à l’entonnoir”, a green and white porcelain fountain for the table. 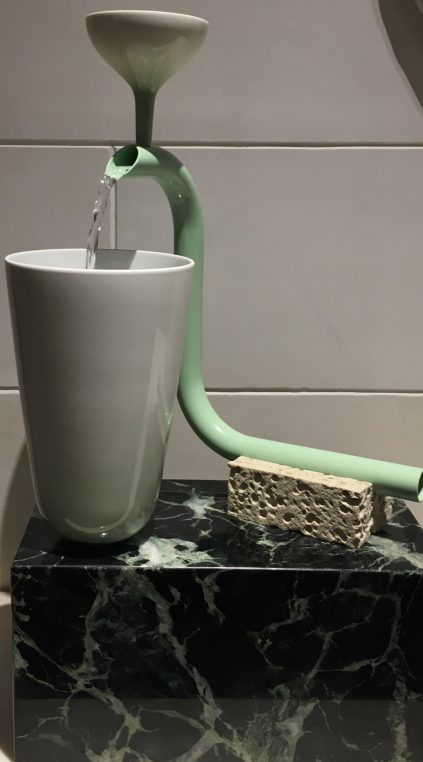 What is most amazing in this exhibition is the ambiance. Because it is set in a private gallery, one feels the joy and talent with which Marella and her colleagues decided to decorate the rooms and play with the precious objects. Each table is a statement in taste and style with great sense of humor. There are whimsical details like the dried flowers by Lachaume or the contemporary blue Sèvres cubes by Emmanuel Boos on the 18 th century desks. 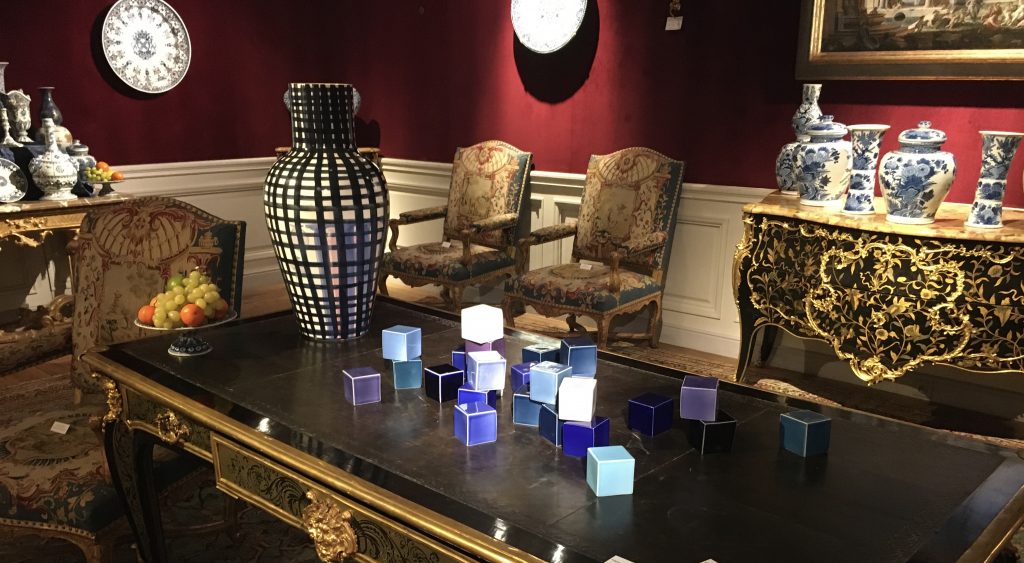 It is a privilege to be able to see so many  beautiful pieces so don’t miss Aveline if you are in Paris during the holidays. They remain open except during both Xmas and New Year week ends.