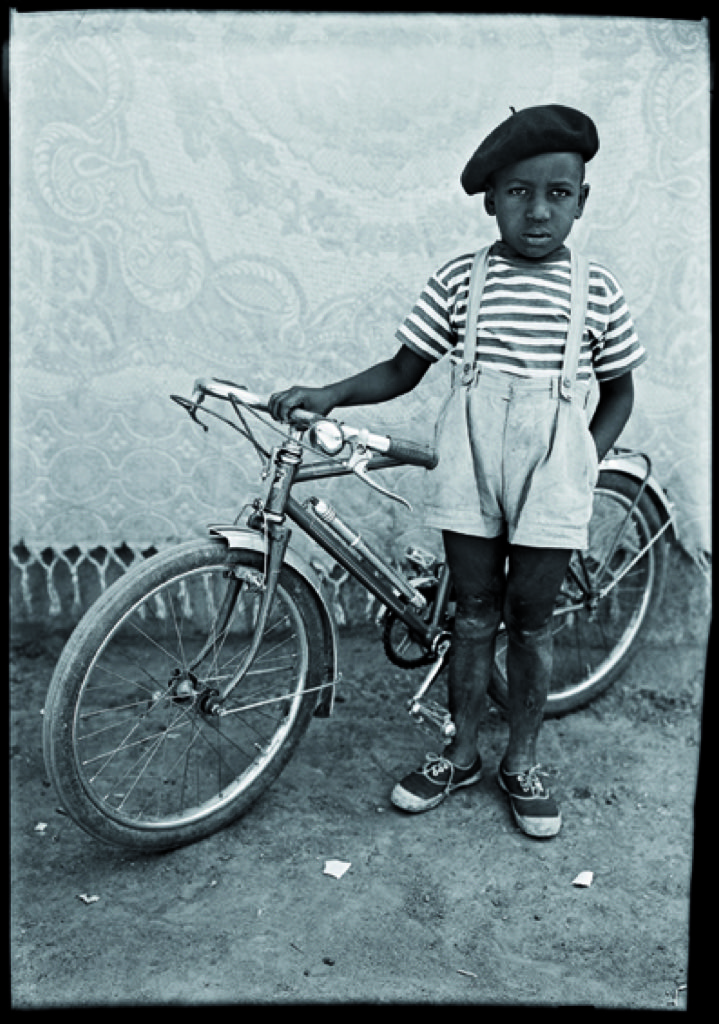 He was born in Bamako when it was still the French colony of Sudan, never went to school and started as a wood carver at age 7. When he received his first Kodak Brownie at 14, he became an avid photographer.  Seydou Keïta, who died in Paris fifteen years ago, gets his first major retrospective at Grand Palais, thanks to the large collection of Jean Pigozzi. 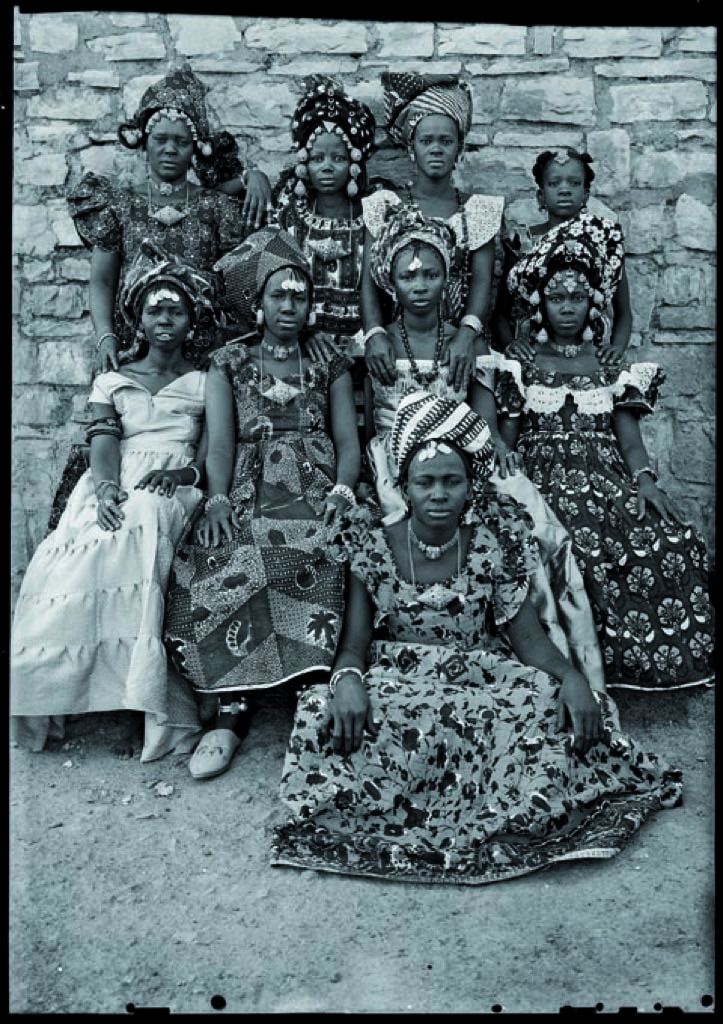 Revealed by Fondation Cartier in 1994, photographer Seydou Keïta, becomes a star in France after having shot all the young and trendy Malians, for thirty years in his house of Bamako. His courtyard is his prime studio, with natural light and many props, lent to the clients so they can create their own image. 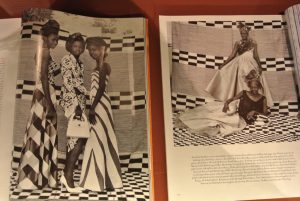 His series of portraits are extremely moving and entertaining. They serve as a panorama of Bamako life before and after the independence (in 1960), when he became the President’s official photographer.
In 1998, he was asked to do a series of fashion shots for Harper’s Bazaar and his Tati series was exhibited at Musée des Arts Décoratifs. A natural talent at photography, he never catalogued his portraits which he always made with only one shot, as we learn in the instructive film by Brigitte Cornand in 1998. “Why waste film” he says ? 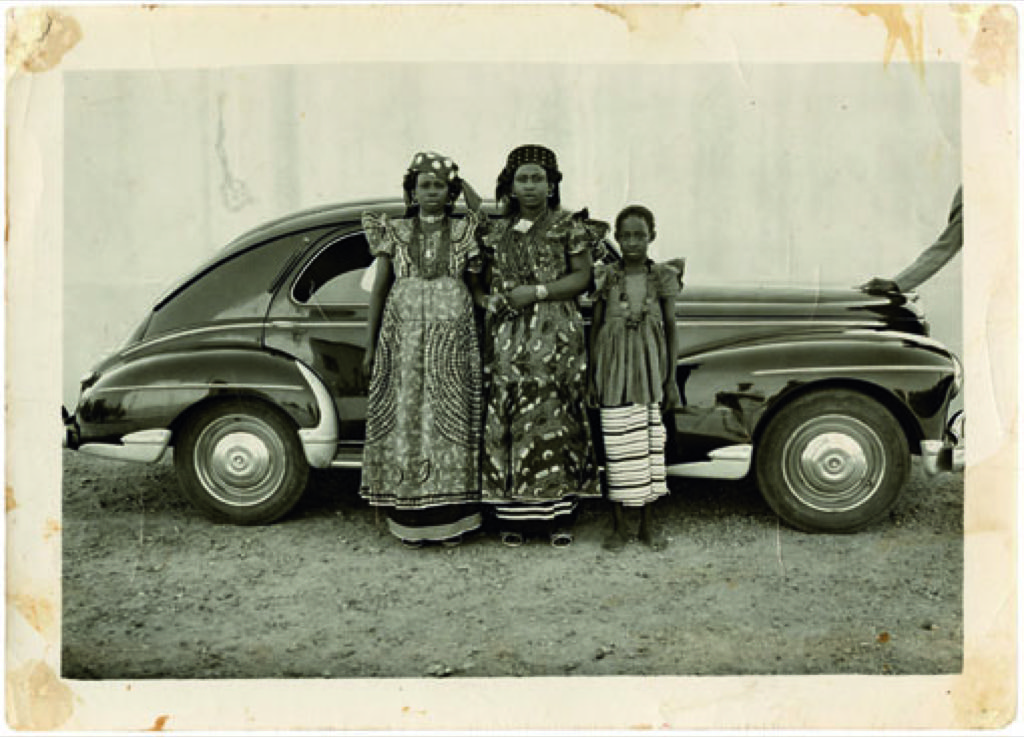 His successful life was spent with six wifes and twenty one children! and his talent resided in directing the customers while taking their portrait.  The show of 238 photographs is beautifully laid out and consists mostly of modern argentic prints from Jean Pigozzi’s collection. These big prints (100 x 150 cm) are a little overwhelming in the first rooms and when I reached the circular space and discovered the smaller 102 vintage prints, including those from Galerie Magnin-A and Alexis Fabry collection, I started breathing again. there is something to say for poverty. (His customers could not afford large prints) 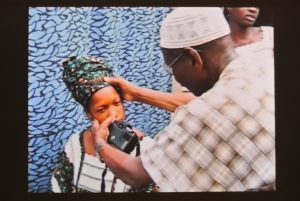 The photographer at work with a model

They are fragile and slightly yellowed by time but their size (18 x 13 cm) is so much more natural.
The show is not as stunning or varied as Lucien Clergue’s, the previous one in the same galleries, but it is very entertaining. 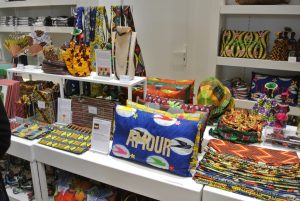 Valérie Schumberger’s selection of gifts in the museum shop

And in the museum shop, you will be able to acquire some of Valérie Schlumberger’s finds, selected for her shop CSAO (Compagnie d’Afrique occidentale) which are stunning little presents from Senegal mostly. (Grand Palais, South west entrance H, until July 11)