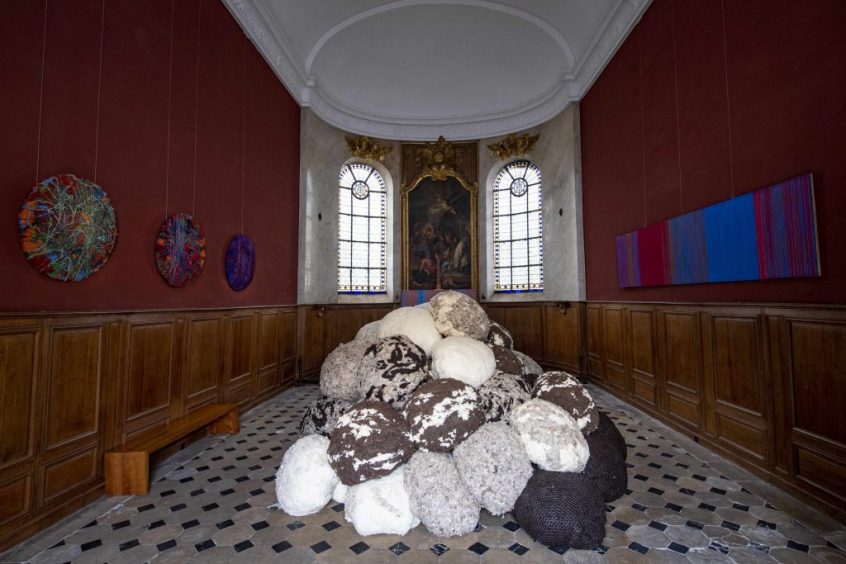 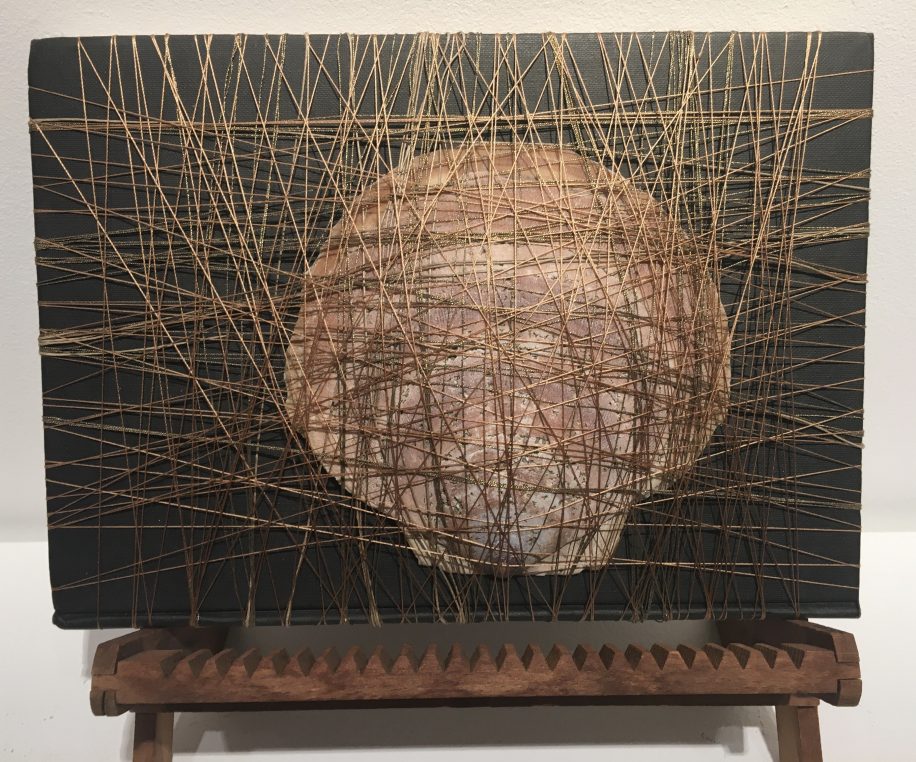 American textile artist, Sheila Hicks, was one of the acclaimed artists at FIAC with galerie Zlotowski and she is exhibited on 20 rue de Seine as well as at Galerie des Gobelins, the Mobilier national museum for furniture and tapestry, where her new installation is taking place in the chapel. The American artist has lived in Paris since 1964 and had a retrospective at Centre Pompidou in 2018. She was inspired during her studies at Yale University in 1954, by her professor Josef Albers’s “exercises in the interaction of color” and by his wife textile artist Anni Albers, whose fabulous works can be seen at the moment at MAM, the Museum of Modern Art of the City of Paris. 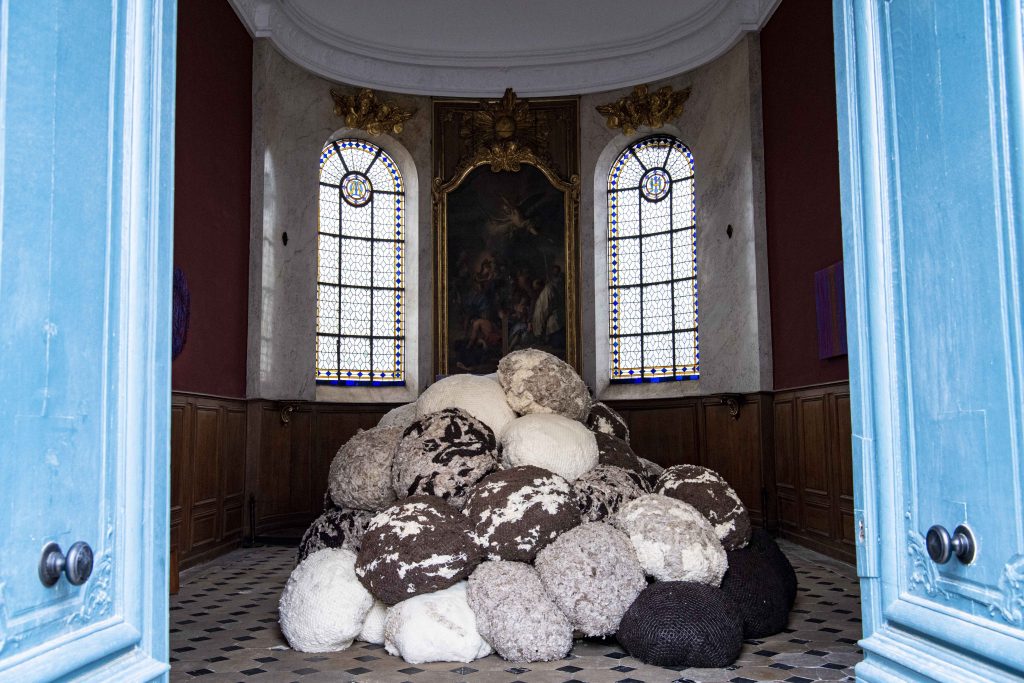 At Galerie des Gobelins, Sheila Hicks’ installation in the chapel

I have always liked Sheila Hicks’ interventions whether at Centre Pompidou or in the gardens of Musée Carnavalet in 2016,  when the building was being restored. Born in Nebraska in 1934, she is more active than ever and has produced brilliant small weavings (Minimes) for galerie Zlotowski which is close to her studio and to where she started out in Paris. She likes this smaller space, where she had seen “pliages” by Hantaï and Vieira da Silva’s compositions. Some of the works were conceived during confinement and feature “an elegant but implacable prison of threads”. She includes razor clams, shells, petrified wood, archeological vestiges, slate and little stems which are particularly striking in the work “Border Control”. 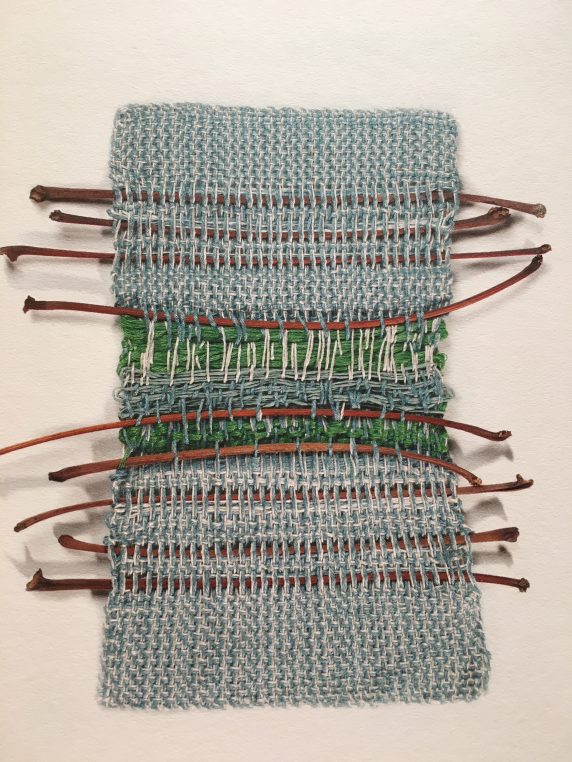 The green “Bamboo forest”, blue “Indigo Rebelle”, orange “Coral”, or pink  “Wandering Rose” are all fascinating and intricate woven works of threads in cotton, linen, wool, hemp, interwoven with small objects and fragments from the natural world like shells, twigs, pieces of slate or natural wood. Downstairs in the “chapel”, she has used shots by Italian fashion photographer Paolo Roversi and embroidered them with wool. A whole wall is covered with these whimsical pieces. Upstairs a book, “Takit”, is finely wrapped with red paper and silk threads. It seems that with her small projects, the artist has become even more inventive and refined. 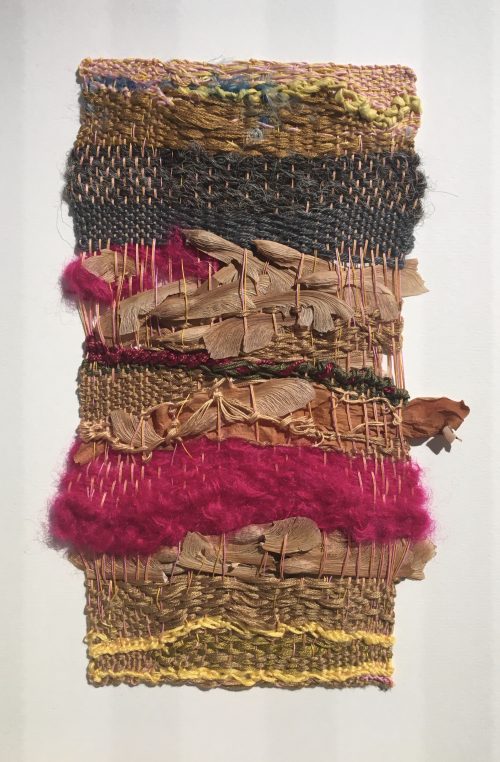 At Mobilier National you can visit Sheila Hick’s special installation in the chapel. She was asked to work with French wool and has produced a pyramid of sculpture-balls in wool. One of her tapestries already belongs to the collection of Mobilier National.

Every hour on the hour after buying your ticket to the “Palais disparus de Napoléon” (Napoléon’s missing palaces) exhibition (until 15 January) which shows the furniture of the three palaces, Les Tuileries, Saint Cloud and Meudon, which burned down in 1870 and 1871.

Until December 12 “Carte Blanche à Sheila Hicks” at Mobilier National and until December 5 at Galerie Zlotowski.