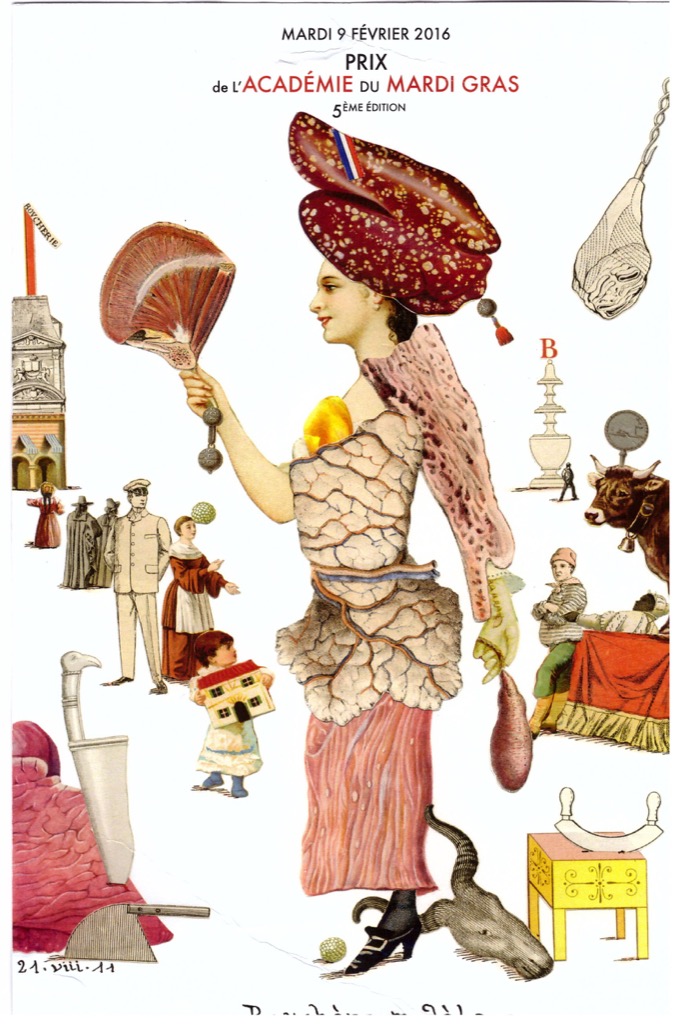 It was just too tempting to be missed and so I crossed Paris from west to east under a violent rain storm, in order to see Stéphane Layani, President of the Rungis market, be honored with the Prix de l’Académie du Mardi Gras (Shrove Tuesday’s Academy prize), a prize given for the past five years to a personality who helps traditional French butchery. Shrove Tuesday was traditionally, in the Christian religion,  the last day when you could eat meat before lent. The invitation showed a lady butcher, but the room at Ecole Nationale supérieure des Métiers de la viande, was filled with men who were all presidents of some special food academy. 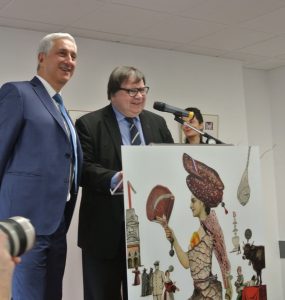 A number of guests belonged to the very special Club des Cent, which meets every Thursday in a different restaurant and is one of the most exclusive clubs to be admitted in. It does not accept  women. Nello di Meo, the art dealer, who also owns the delightful Cherche midi Italian restaurant, was there both as a member of the Club des Cent and of club des Abâts.

When accepting his prize from Chirstian Le Lann, President of the Confederation of Butchers (and son and grandson of butchers from rue des Pyrénées), Stéphane Layani, mentioned the 270 000 tons of meat sold every year at Rungis, the tête de beau that he (like President Chirac) likes to eat for breakfast and the future pork pavilion, that will open very soon. He invested 20 million euros in an organic pavilion and was congratulated by French minister Martine Pinville who saluted the importance of the French culinary patrimony. 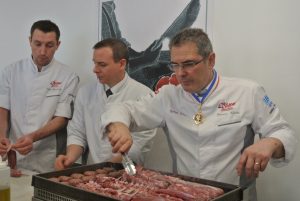 A selection of meats were being offered for testing

In the meantime and while eating delicious foie gras and pork ribs, prepared by some of the 4 500 school apprentices, I talked with butcher Hugo Desnoyer’s developer, who just opened a French butchery in Tokyo and soon one in Berlin. 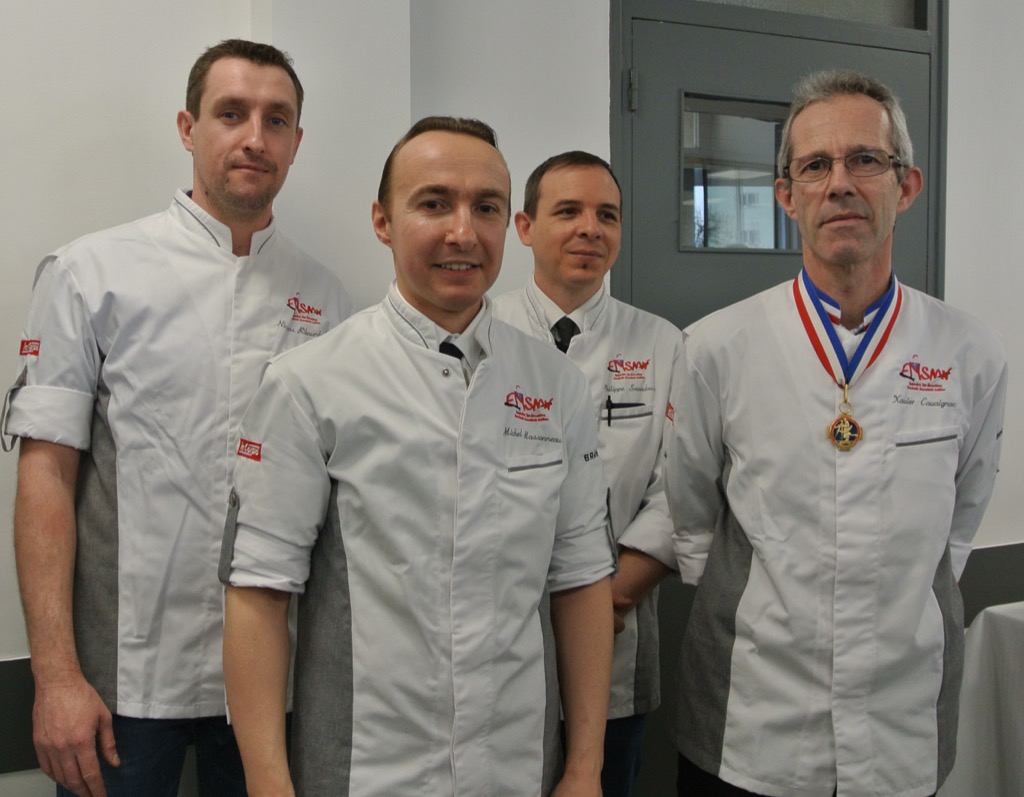 It was really fun to hear about the competing qualities of l’araignée, one of the best pieces of the beef and the hampe. These meat lovers are very jolly and the atmosphere was that of hardworking life-loving people. Traditional butchers are always characters and this is an area in France where there is no employment… let’s keep it that way.