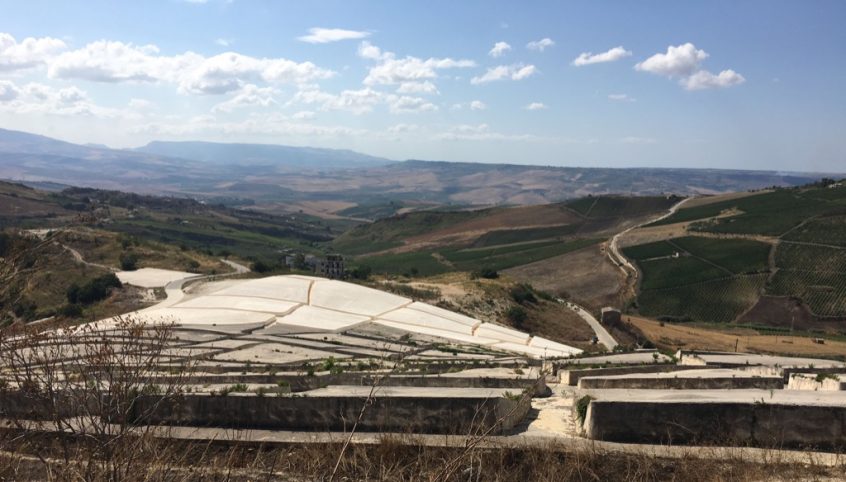 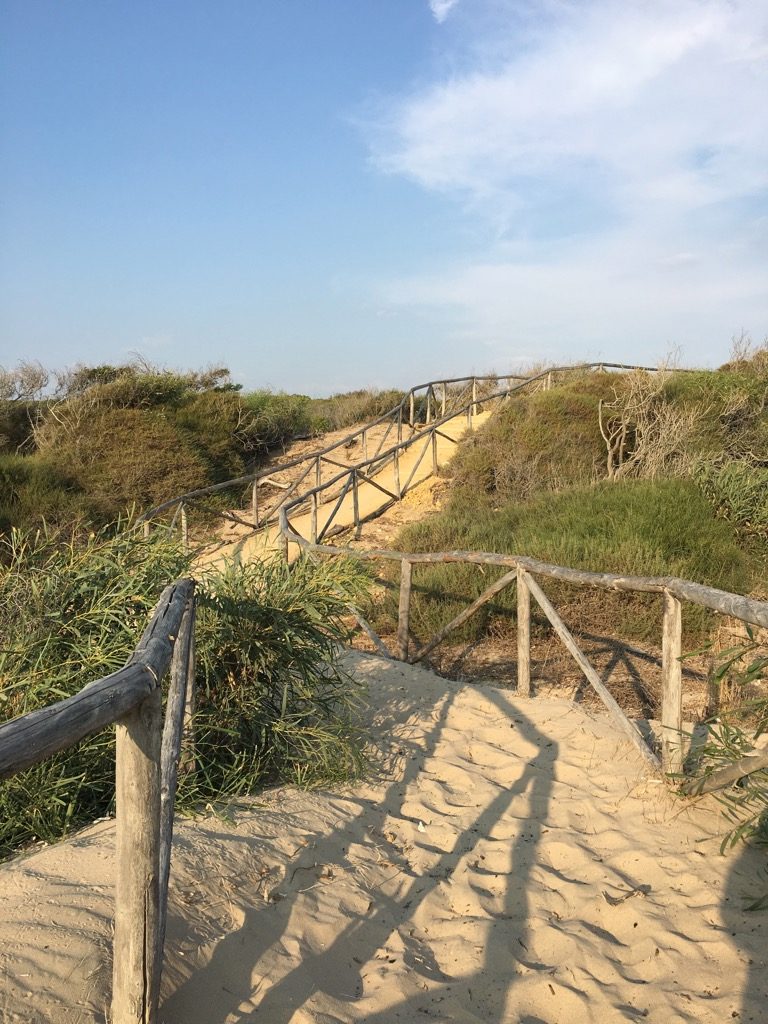 Spending a week in Borgo Bonsignore, in Southern Sicily, is like traveling through time and history: never had I encountered such contrasts as this year, on my third trip to Casa Platani. 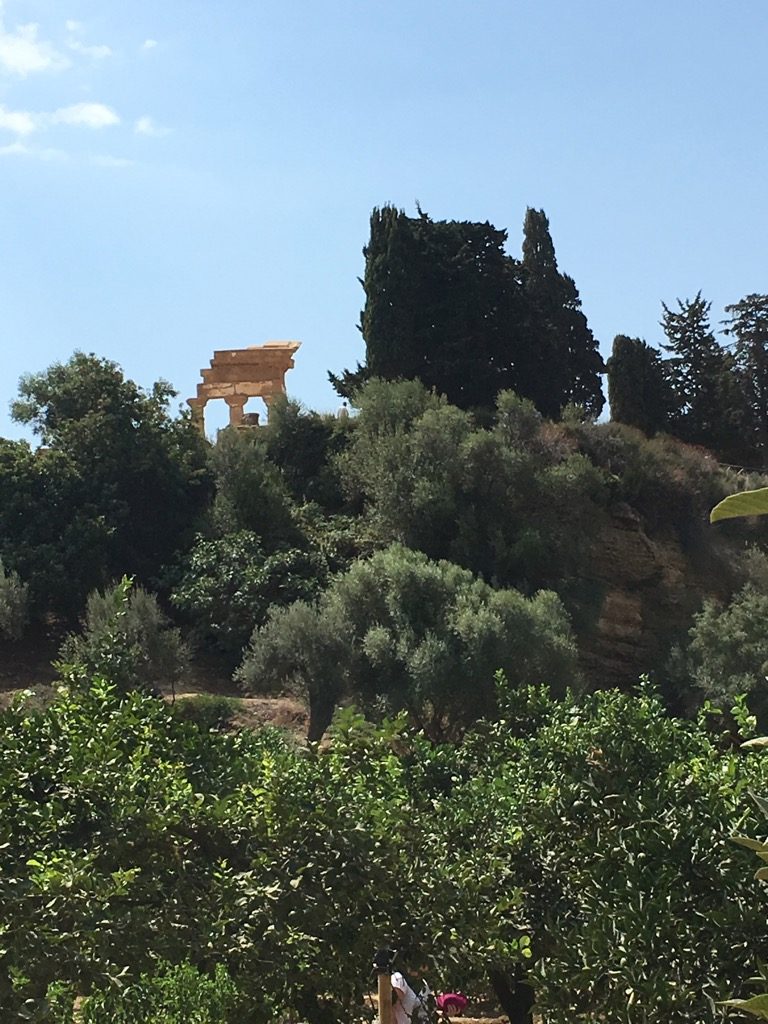 After having thoroughly visited, Segesta, Selinunte and Agrigento on my previous visits, I decided to go for less visible sites like the garden of Kolymbetra, designed in the Fifth century bc, by the Greeks at the same time as Agrigento’s temples and “modernized” in the 9th century by the Arabs, with a sophisticated irrigation system. The lovely subterranean spring appears under the volcanic rock and an orchard of pomelo, orange and lemon trees emerges below the temples. This garden, recently restored by FAI, (the Italian National Trust) is a place to go, sit and dream about the Antiquity and the long history of Sicily. 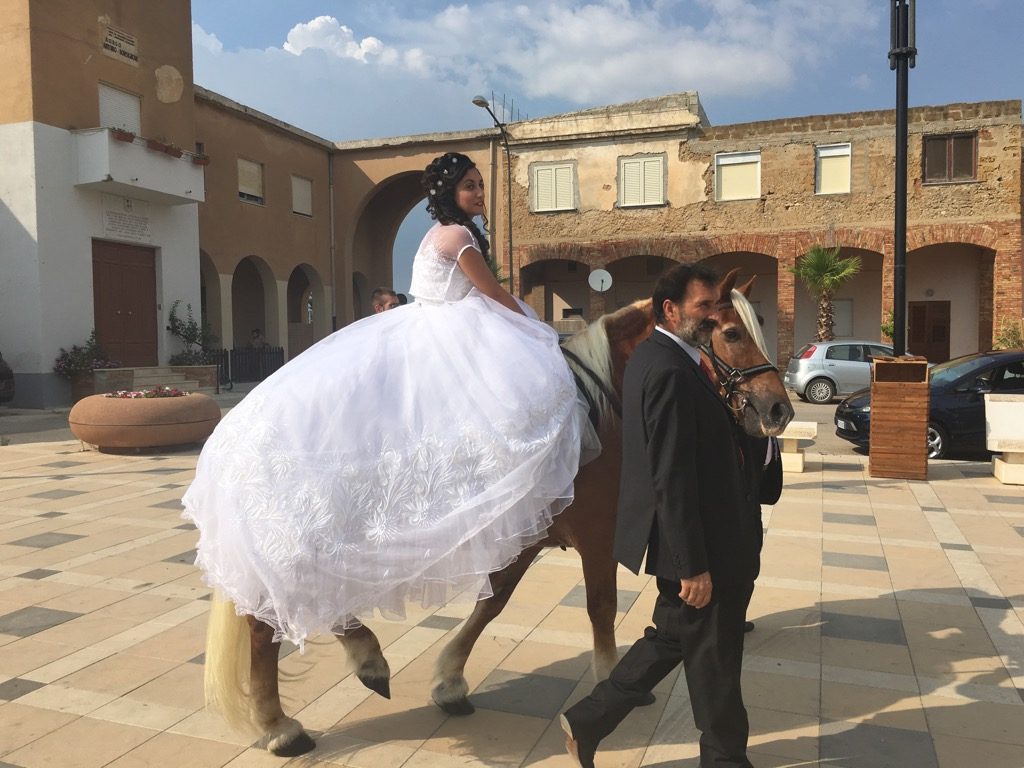 More contemporary in style, was the Serenata we were invited to in the disgracious but lively town of Ribera. A few days before the religious wedding, the groom comes and surprises his beloved on a horse, musicians sing the serenade while the bride watches from her balcony. The street was closed and a group of young and old family and friends danced and sang under the direction of a talented baritone MC. Simple tradition and joy. The religious wedding in the Mussolini designed church of Borgo Bonsignore, an agricultural town created in 1940, was a show of elaborate hairstyles and high heals in the 5 o’clock heat. Young men wore tatoos and very short hair, and as usual in weddings, the flower girls were exquisite. 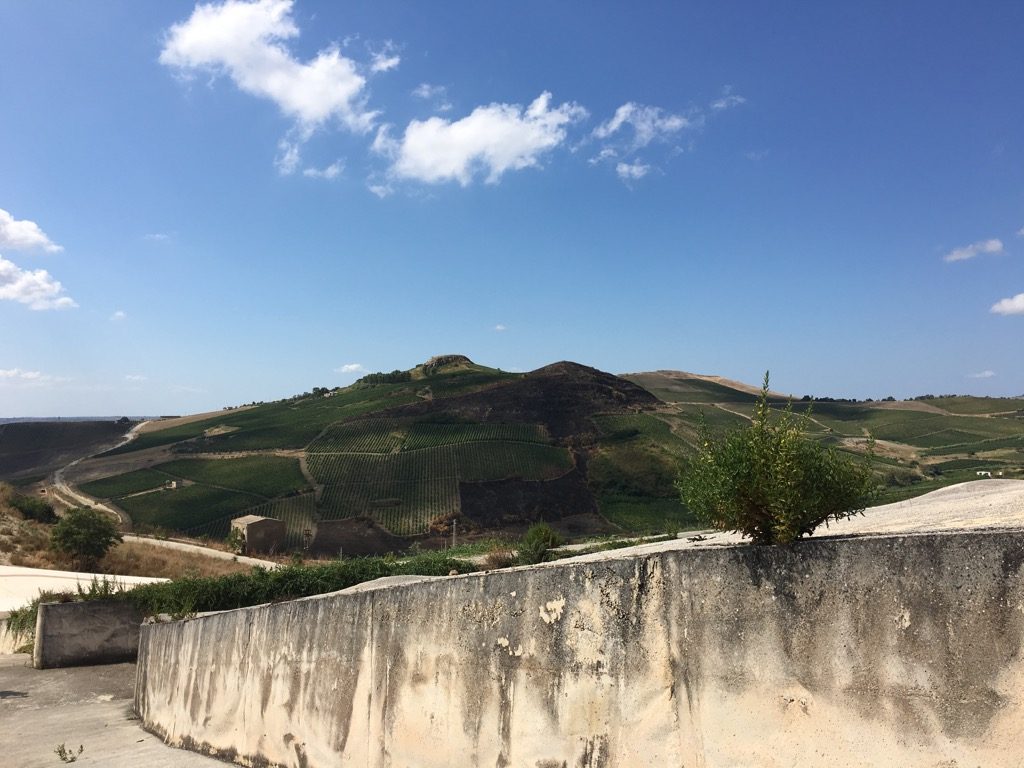 In Ruderi di Gibellina, the concrete geometric walls designed by Burri, seem to reproduce the surrounding vineyards on the hill

The day after was our moment of contemporary art, when we saw, at last, Alberto Burri‘s « Cretto » in Gibellina. The Ruderi di Gibellina, lie high up in the mountain twenty minutes from Castelvetrano. Don’t expect many signs nor a café to contemplate Burri’s work from. The place is hard to find, for the official signs suddenly stop in one of the many curves above Santa Ninfa. It is empty except for a few art lovers who are keen enough to find the site and there are no postcards. We were driving in two cars and both managed to get lost. Had we not encountered a nice cyclist from Torino, we would still be searching for this famous piece of “land art” made in 1984 to cover the ruins of Gibellina, a small village which disappeared in an earthquake, in the night of the 14-15 th January 1968. 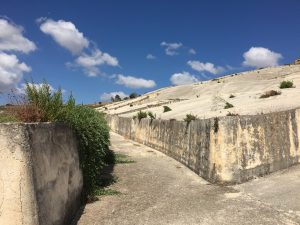 The amazing coincidence was that we visited the site the very morning of the Amatrice earthquake. The little Umbrian town is completely destroyed and close to 300 people died that night. Reality caught up with history.

Art curator Jean-Hubert Martin, who exhibited Burri’s work in 1972 in Paris at Musée d’Art Moderne, (before it became Beaubourg) and toured around Tuscany with the artist, to see Piero della Francesca’s paintings,  was the first one to realize this. 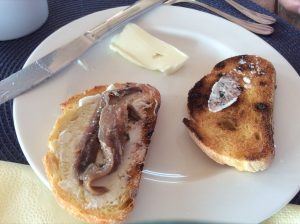 The place is incredibly moving with its complete bareness. The grey and white concrete which covers the former blocks of houses, is pierced by streets. When you walk in the stifling heat, you feel oppressed by the height (up to my shoulders) of the construction and by the silence. Nature is taking over though, with caper plants crawling through the concrete, and vineyards and plantations contrasting with their bright green, away on the hills. Burri’s work in its geometrical purity echoes the linear fields. Another moment of reflection and quiet, with not a soul around. It reminded me of the Spiral Jetty designed by Robert Smithson,  in Salt Lake, which I visited almost alone a year ago. 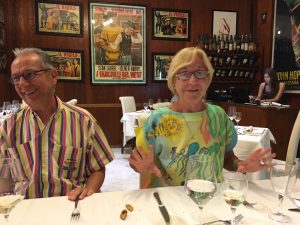 A visit of the Satyre in Mazara del Vallo brought us back to civilization so to speak, with the brilliant film which shows how a group of local fishermen, literally fished the 4 th century bc dancing Satyre in 1998, in the Sicilian canal, not far from Tunisia. There we had a fabulous lunch of raw fish and langoustines, pasta alla putarga and lobster salad at La Bettola, where the wood paneled decor belongs to a 1960’s film. 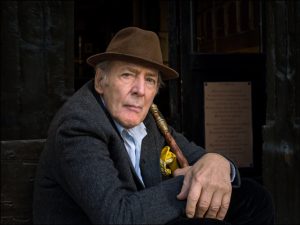 Stefano Malatesta, a journalist with a strong sense of humor

But the catalyst of the stay was an unannounced visit by Stefano Malatesta, a famous Italian war reporter, who spends the summer in Borgo Bonsignore. His book, “The dog who went to sea” on Sicilian eccentric characters, gives an accurate idea of what Sicilian originality can lead to. It starts with the portrait of a dog who lived on boats and ends with the story of a perfect accountant, who is in reality, a leading mafioso. His sense of humor is a constant pleasure. 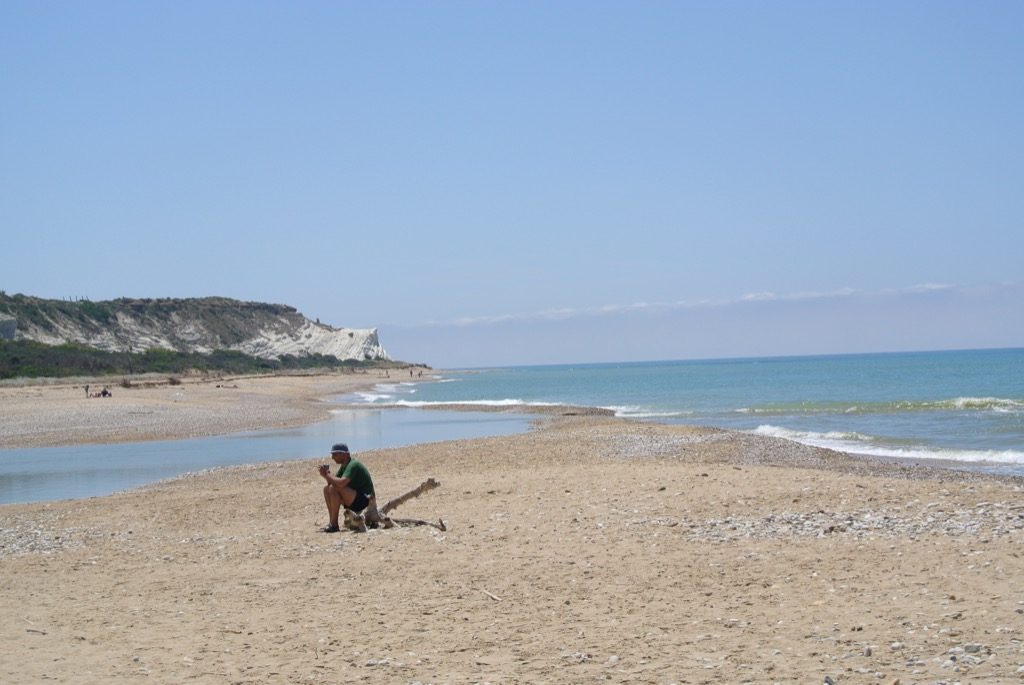 Oranges were not in season, but figs were, and I could pick them for breakfast every morning. With anchovies on toast, and local mandarine marmalade, we were in heaven. The wind was blowing gently on the terrace from which I watched the orange grove, the cactus garden and the palm trees. And all this time the “rentrée” was already starting in Paris.

Next week you will hear all about it !

6 Comments on “Sicily, land of contrasts”