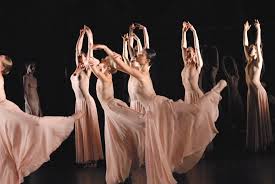 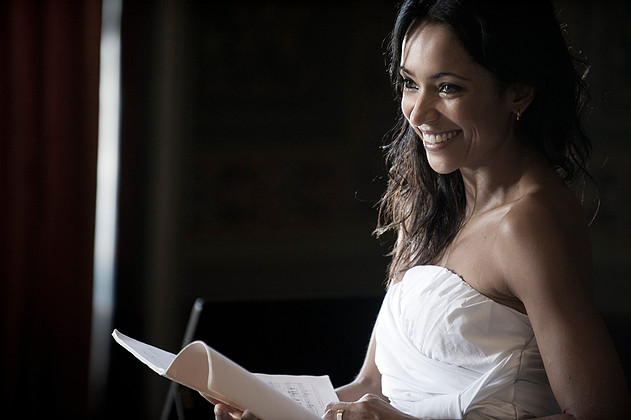 We were in a very special place that Monday evening, the hôtel Collot where Nicolas and Alexis Kugel sell the most beautiful furniture, objects and paintings of Paris. To please their friends and to help the Orchestre Idomeneo conducted by Debora Waldman, they decided to organise an intimate evening of baroque music with two stars, soprano Magali Léger and mezzo Aude Extremo. The next evening, Françoise Bettencourt Meyers was indulging us with two amazing young children’s choruses from Toulouse and Copenhagen and on the third evening I heard Gluck’s Orpheus choreographed by Pina Bausch at Opéra Garnier. What a holy Easter week! 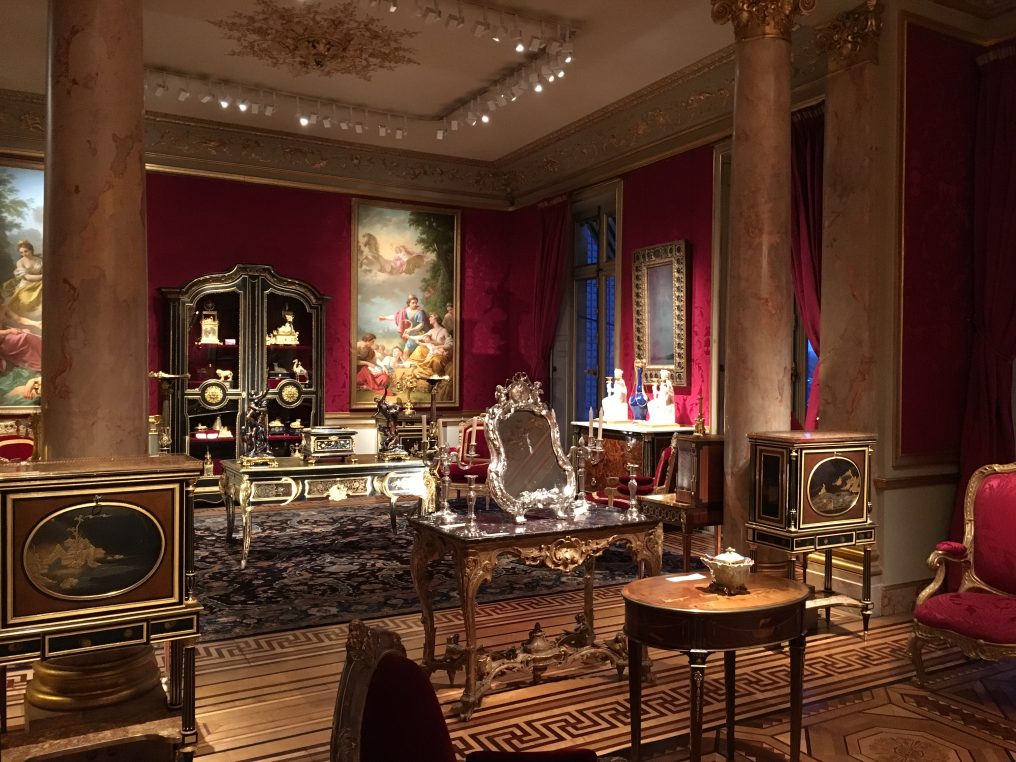 The Kugel’s antiques are fabulous

What is more spectacular than hearing beautiful music in a pure 18 th century decor? The Kugel brothers have inherited very young their father’s antique store and have developed it since 2004, on quai Anatole France, facing the Seine. It is an Ali Baba cave with precious silver, unique furniture and as we discovered that evening seven new paintings by Jacques Bellange, discovered by Alexis, which come from the Ducal palace in Nancy decorated in 1602. They have a musical theme and are astonishing. 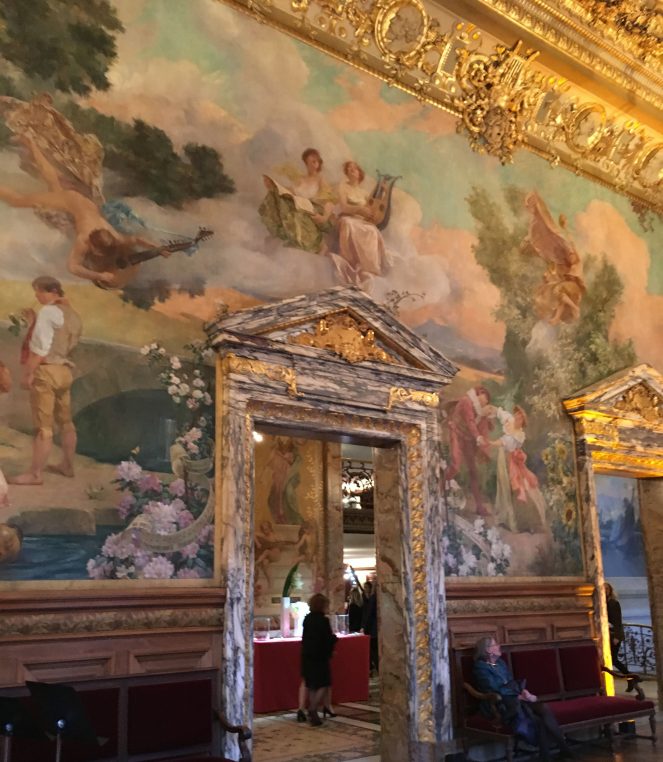 At Opera Comique, the Fondation Bettencourt Schueller was honoring children’s choirs for a very special evening. The Maîtrise de Toulouse, who was awarded the 2017 Prize, sang Gerschwin, Patrick Burgan and in Hungarian, Zoltan Kodaly in the most extraordinary way.

They were followed by the Choir from the Royal Chapel of Copenhagen, with delightful Danish children dressed in young sailors’ uniforms. The music was all danish with, Hans Hansen, Poul Schierbeck, Carl Nielsen and Morten Lauridsen. Some of the guests were the same as the evening before, with many members of the juries of the foundation who also sponsors the arts and science, and everyone looked flattered to have been asked. 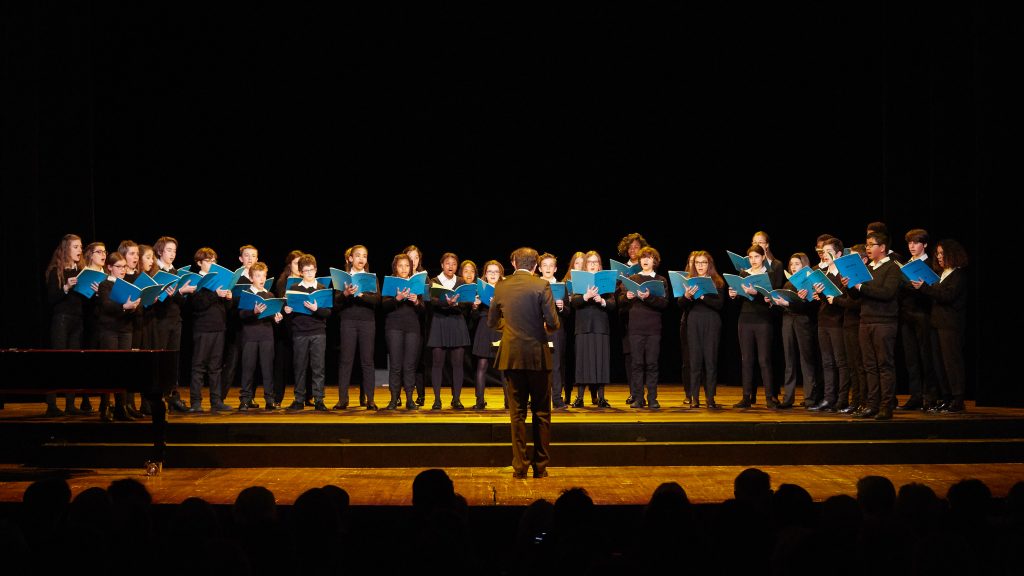 Françoise Bettencourt, who recently published a book “Audition pour les nuls” with Professor Frachet, the French specialist of cochlear implants, was happy to see the efforts she makes for music, be celebrated in the magnificent Opéra comique. She is herself a keen pianist. 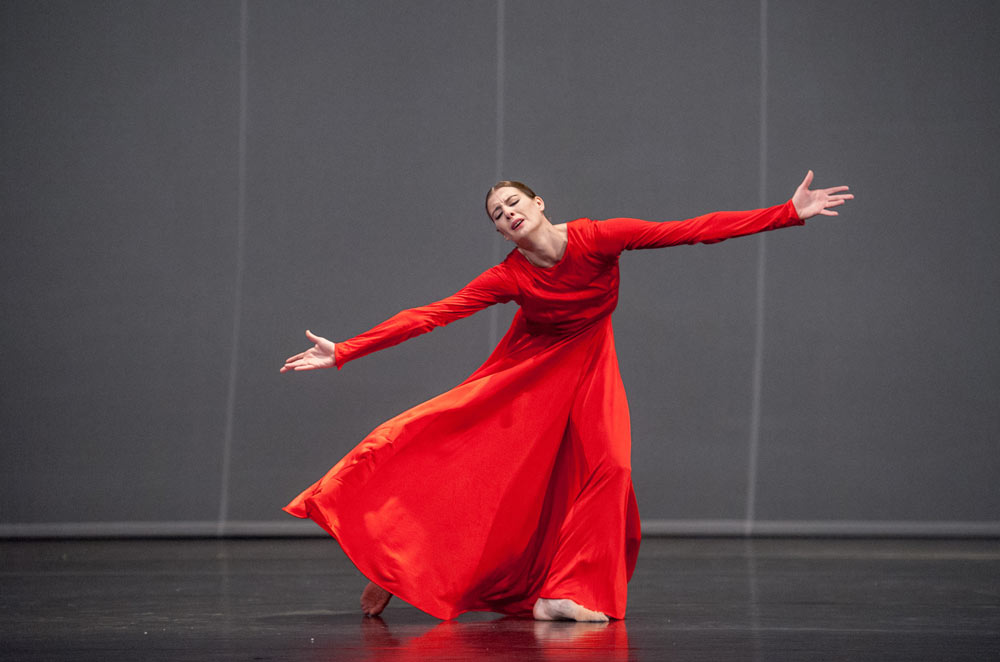 At Paris Garnier Opera, I was lucky to be invited to one of Marie Agnès Gillot‘s last performances in Pina Bausch’s Orphée et Eurydice by Gluck. The music was sublime with a very good Korean soprano Yun Jung Choi singing Eurydice, the scenography, light and costume design were by the late Rolf Borzik, a true genius who collaborated with Pina Bausch for many years. This production was created by Tanztheater Wuppertal on May 23, 1975 and looks so modern! It was truly a dream evening in excellent company and the last chance to see Marie Agnès GIllot on stage at the Paris Opera.

Opera de Paris until 6 April. Aude Extremo will sing at Instant Lyrique in Paris on May 14.

One Comment on “A singing marathon for Easter week”