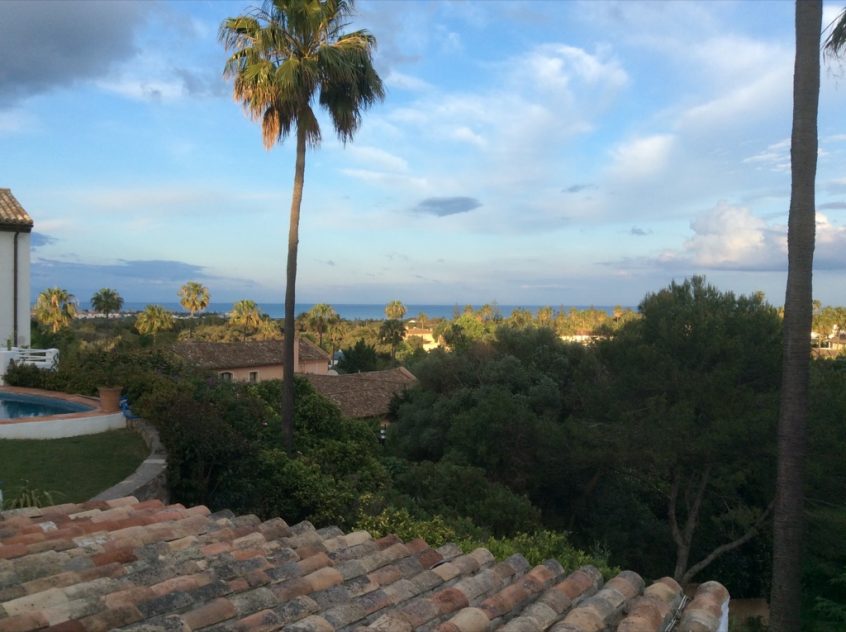 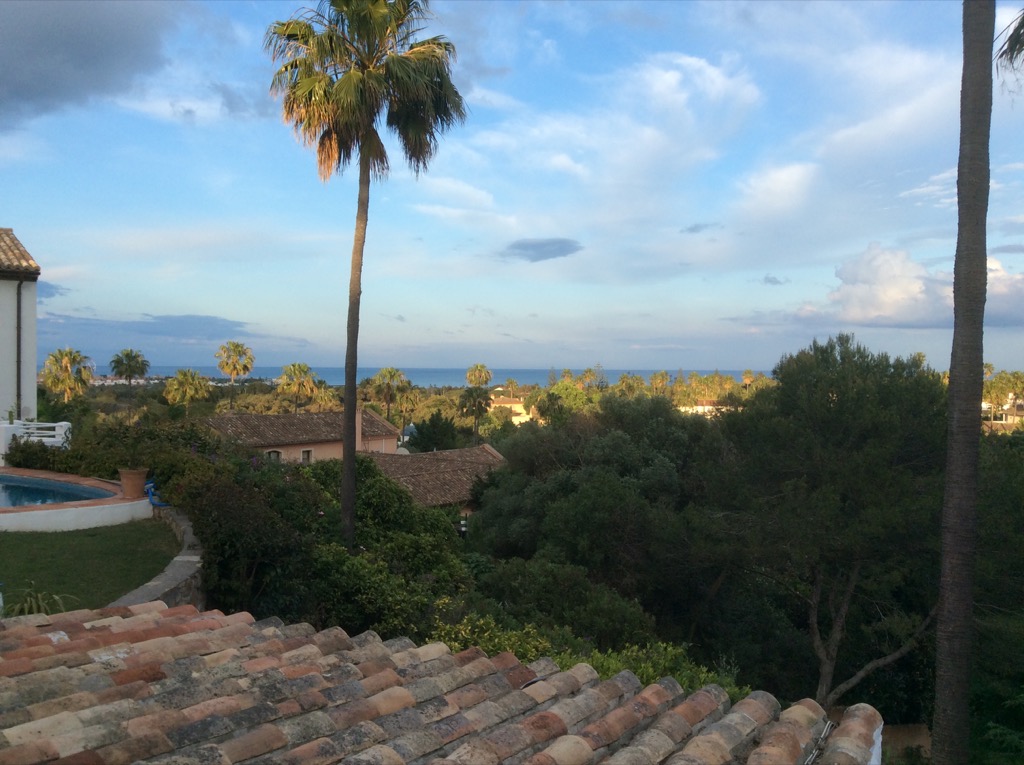 Sunset from my window in Sotogrande. Gibraltar and the Moroccan coast can be seen in good weather

I had heard so much about the course from my golfing friends that entering the world of Sotogrande, in southern Spain, was like seeing the Eiffel tower for the first time for an American child. Not only was I not disppointed, I fell under the charm immediately. 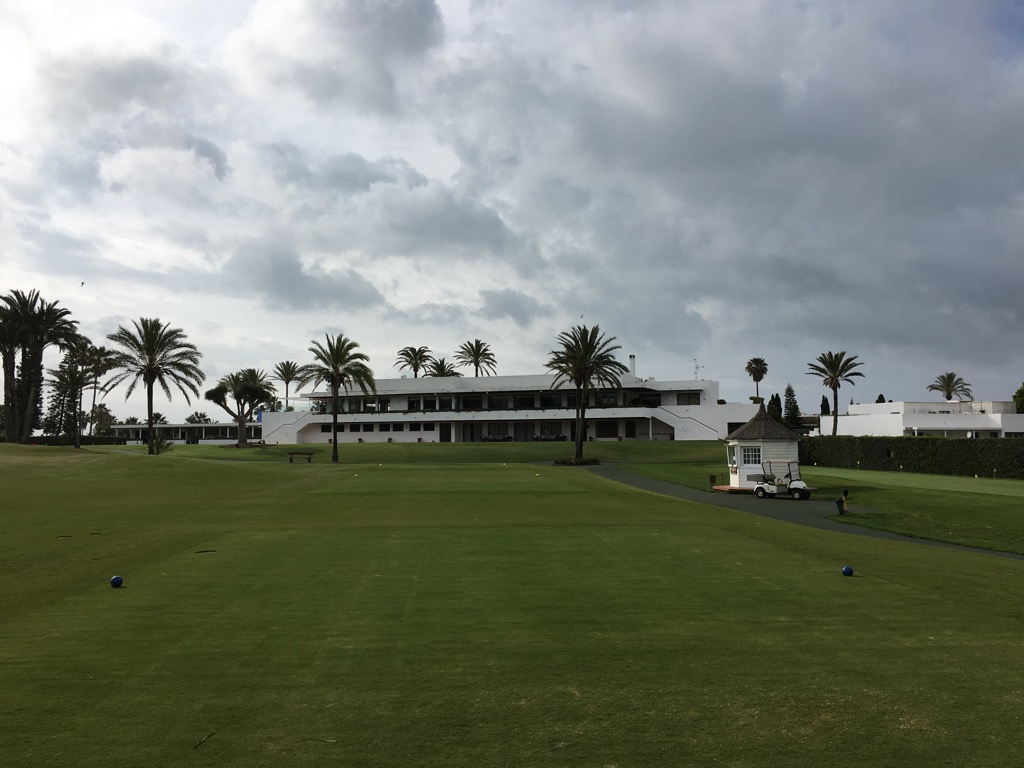 The club house was built in 1964 by Luis Guttierez Soto

Created in 1964 by Joseph McMicking, a Philippino American real estate genius, « Soto » as members call it, was built by architect Luis Gutierrez Soto, in a definitely modern style. Golf designer Robert Trent Jones senior, fell in love with the land after McMicking had visited him in New York in 1961. And he created a world of « American » golf with a definite Andalusian feel. It hosted the Spanish Open in 1966. Later, Valderrama (and the Ryder Cup in 1997), and La Reserva would follow. It is an hour and a quarter from Malaga airport and the mountains scenery on the way is mind blowing. 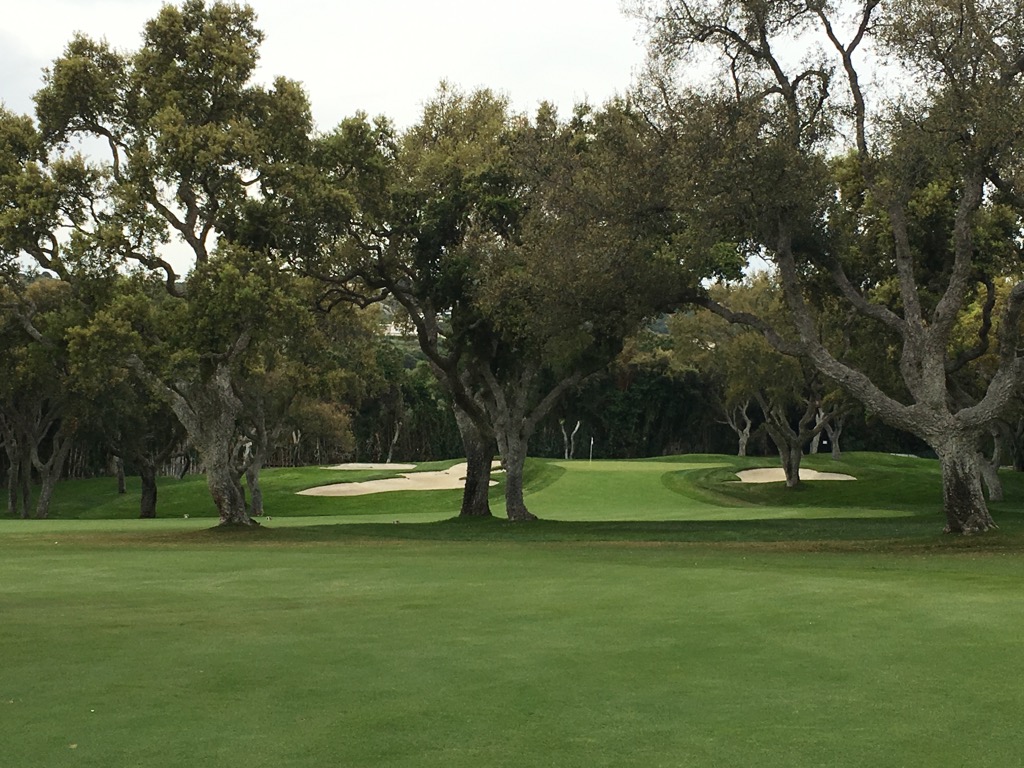 The first thing that struck me were the very fine and tall palm trees scattered in front of the club house. They give an African feel to a very Spanish anglophiles club. The sea is close by and the wind is blowing. The course is tough but obstacles are visible. The staff is overly charming and the dining room very pretty with its azulejos. It gets busy for Easter and in July and August, but we were lucky enough to have the course to ourselves. 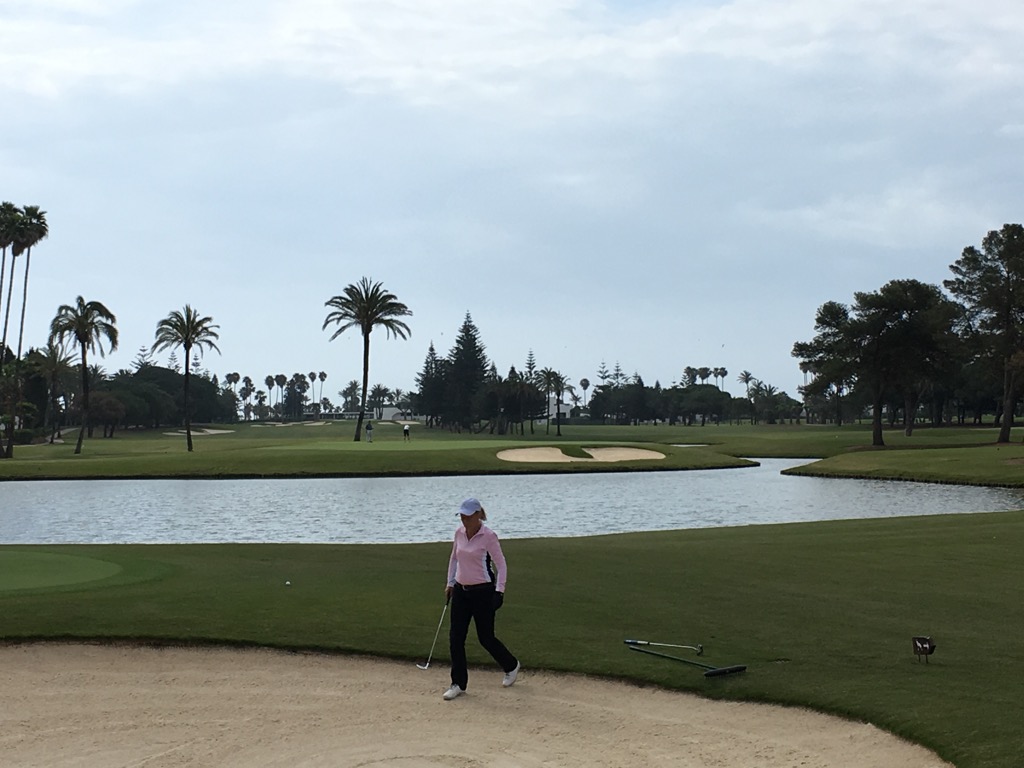 Anne Klehe on the 16 th hole, with the 17th hole par 3 in the back. She met her husband Richard in Sotogrande

Sotogrande is a tight community, with the charming daughter of one of the founders, Cecilia Melian, reigning over the International group of members and house owners who include Spanish aristocrats and many European jet setters. She remembers moving from the Philippines when she was 8, and starting in the tiny little school near her house. Now the International School has thousands of children. Her uncle Fernando Zobel de Ayala was a great abstract painter whom I discovered over a Philipino dinner at her house. 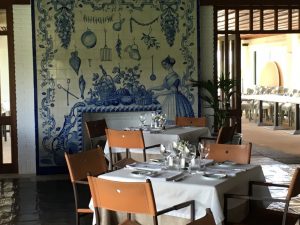 There are many facets to Sotogrande and if you are not a golfer, you can play polo, fish at sea and eat delicious « Argentinian » meat at Cancha II, the polo club cantina. I visited Castellar de la Frontera in the back country, stopped for tea at the Hotel Convento La Almoraima and bought geraniums in the local nursery between Castellar and Los Angeles. 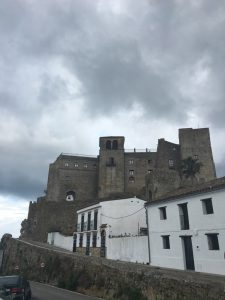 There, my friend Anne took me to see the tiny train station built by the Brits at the beginning of the century, where you  can catch a train for Granada in about three hours.

I had no time to visit Cadix nor the numerous mountain villages of Sierra Bermeja but I did spend a day in Malaga’s old town where Museo Picasso and Museo Carmen Thyssen enchanted me. The selection of works on loan from Fundacion Almine (Rech) y Bernard Ruiz-Picasso, is stunning and the size of the museum in the old Palacio de Buenavista is so pleasing. There were no queues and security guards were sexy young woman. I loved « Olga Khokhlova in a mantilla », Barcelona 1917, the sculpture « Vase of flowers and plate of cakes », Vallauris 1951, and « Paulo on a donkey », 1923. This museum could only happen thanks to the generosity of Paulo Picasso, his wife Christine and son Bernard who gave and lent all the works. 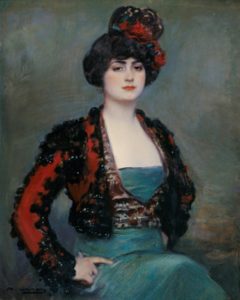 Then, if you cross the old town for ten minutes and pass the cathedral Nuestra Senora de la Encarnacion, you arrive at Carmen Thyssen’s museum devoted to 19 th century Spanish paintings « Scènes de genre » of Andalucia with the exception of a beautiful Zurbaran (Santa Marina, 1640-50). I loved discovering courtship scenes and corrida de torros, romantic costumes and balls through these Spanish painters of daily life. 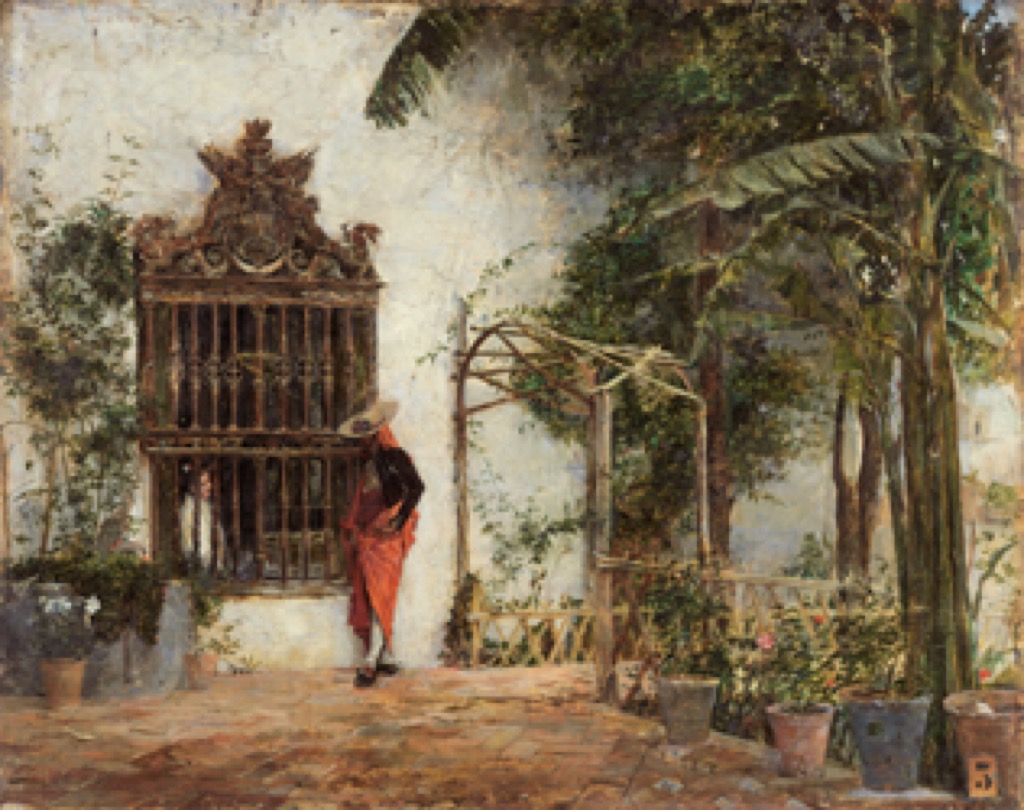 The harbor is also a vibrant part of town and Centre Pompidou Malaga, a modern colorful cube, hosts works from the Pompidou museum in Paris.
I did not tell you all about the shrimp and croquettes meals, the superb views at Valderrama, the extreme hospitality of all members I met.  But this is because I intend to go back and visit more polo players’ restaurants and tiendas for tapas and sherry.