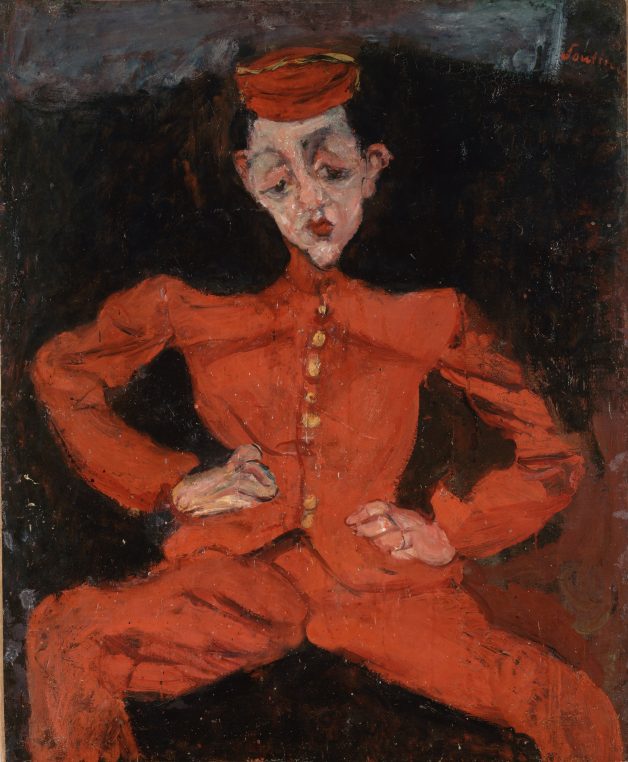 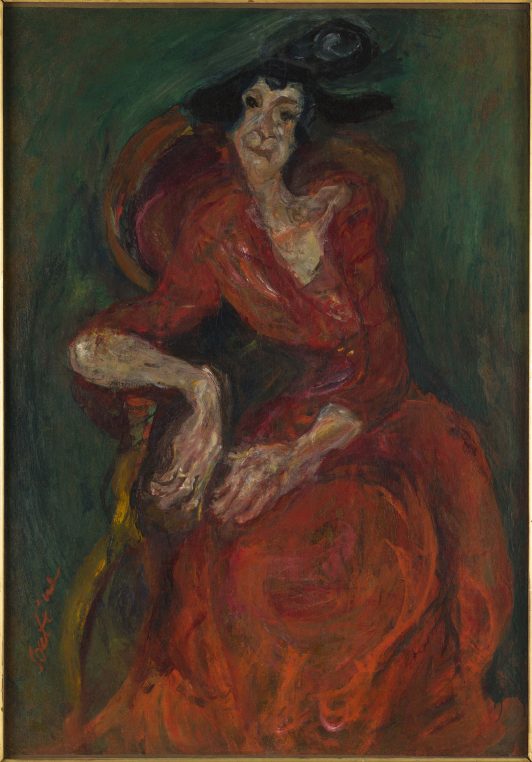 I would never have guessed that a major turning point in the work of Dutch American artist Willem de Kooning (1904-1997), was his encounter with Chaïm Soutine‘s work in New York in the 1930’s and again at the MoMA retrospective in 1950. Thanks partly to the 60 paintings bought in 1923 by Alfred Barnes and exhibited in the US, Soutine made a strong impact on the postwar generation of American painters with the expressive power of his painting and his reputation as an “outcast artist”, Artiste Maudit. He was born in Minsk, Russia, the tenth child of 11 in a Jewish family, and emigrated to Paris in 1913 with a large group of Russian artists,  as the excellent present exhibition at MahJ shows. 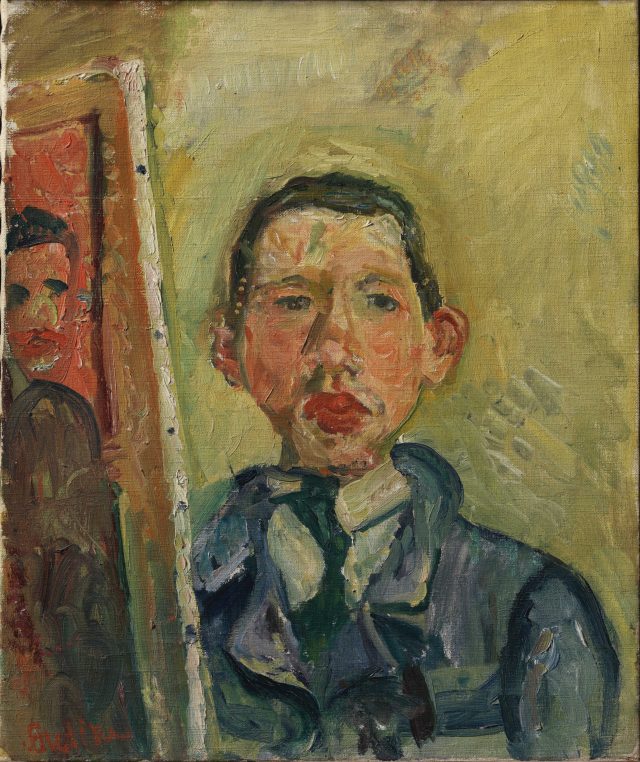 Soutine revered Rembrandt and the old Masters which he went to see regularly at the Louvre while he was painting at la Ruche. But he introduced a crudity in his portraits as well as in his still lives which gave them an extraordinary originality. In 1943, the year he died in the South of France, the Bignou gallery showed works by Soutine and de Kooning side by side in a group exhibition. Yet, de Kooning’s early portraits of women owe more to Picasso and Matisse. Later he commented to a friend Rudy Buckhardt, that he wanted to paint “like Ingres and Soutine both at he same time”. He borrowed Ingres’ use of line and Soutine’s bold approach to color and expressive exageration. 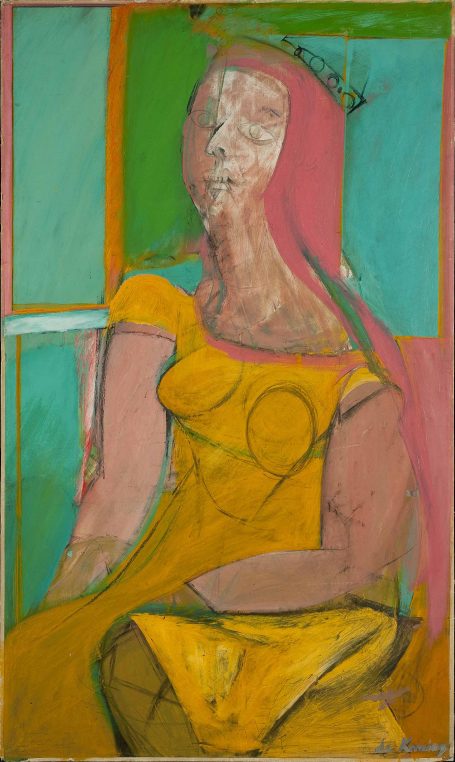 The most popular painting by Soutine is probably his “Hotel Groom” sitting legs apart. There is an interesting series in the show with different hotel employees and ladies portraits all painted in red. Madeleine Castaing, who was one of his protectors, is well portrayed and the paintings hang close to de Kooning’s “Woman” portraits from 1944. Later in the show, a room with Views of Céret (a village near the Spanish border) show that the artist was as extraordinary with landscapes as he was with portraits. 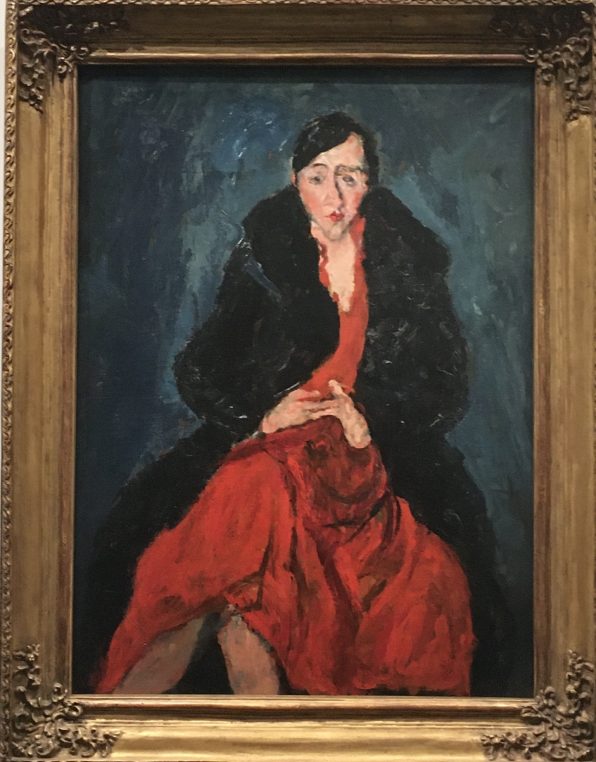 In 1952, Willem de Kooning and his wife Elaine had a private tour of the Barnes Foundation in Merion and Soutine’s paintings fascinated him. A week later he finished paintings on which he had been working for months. He had found a way to move beyond the opposition between figurative and abstract art. In 1959, the British at critic David Sylvester drew a parallel, which the artist himself approved, between the gestural brushwork and expressive situation of Soutine’s work and de Kooning’s woman paintings. 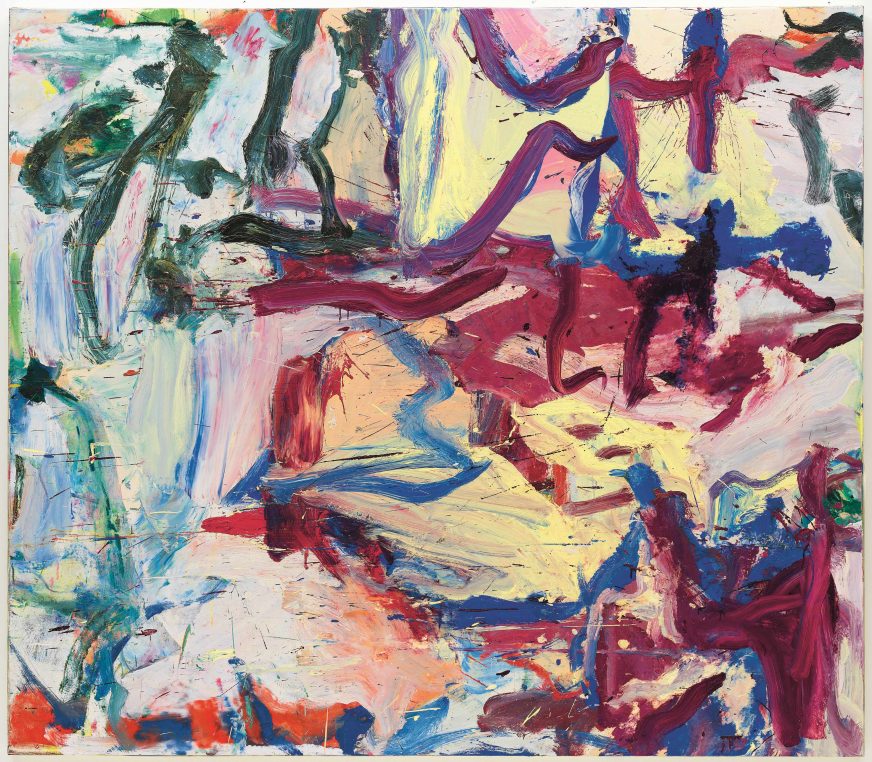 One of the most striking painting towards the end of the show is “Woman entering in the water” by Soutine. The massive bathing woman is looking at her refection like the “Woman Bathing in a Stream” by Rembrandt. 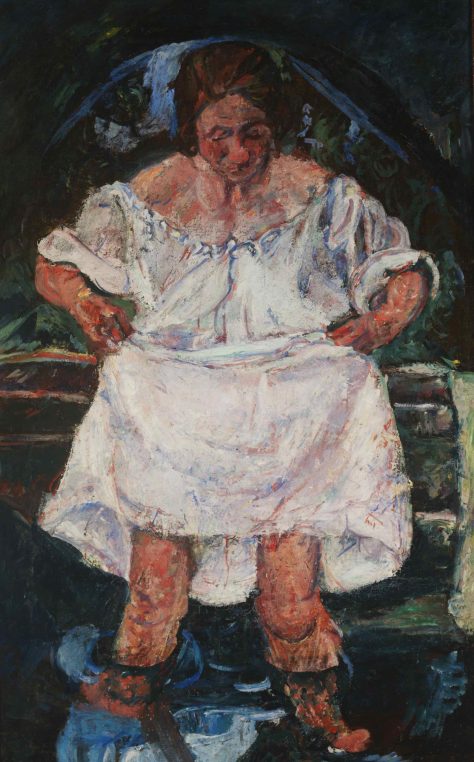 Chaïm Soutine, Woman entering in the water, 1931 © Museum of Avant-Garde Mastery of Europe

This show is particularly interesting for it concentrates on the chain of borrowings between artists from different generations. And Musée de l’Orangerie is such a treasure with its Walter Guillaume collection and Monet’s water lilies in the two large oval rooms upstairs. Do not miss visiting them to.

Until January 10 at Musée de l’Orangerie