Edme Mentelle and Jean Tobie Mercklein, Terrestrial and celstiel globes made for the education of the Dauphin, 1788, BNF

It is an extraordinary exhibition that is presented at Bibliothèque Nationale de France after the Louvre Abu Dhabi. 2 500 years of representations of the atmosphere and the Earth from Antiquity to today. Two hundred pieces restitute all its nobility to the quest of discovering the universe which was started by Ptolemaeus with the first globes. The evolution of our knowledge through medieval times and Arab astronomy with And al-Rahman al-Sufi. Then the Renaissance and the first exploratory trips to the New World. And the Copernician revolution with Kepler, Descartes and Newton. This year marks the five hundredth anniversary of Portuguese navigator Magellan‘s circumnavigation. And the exhibition ends with contemporary interpretations of man’s first step on the moon. 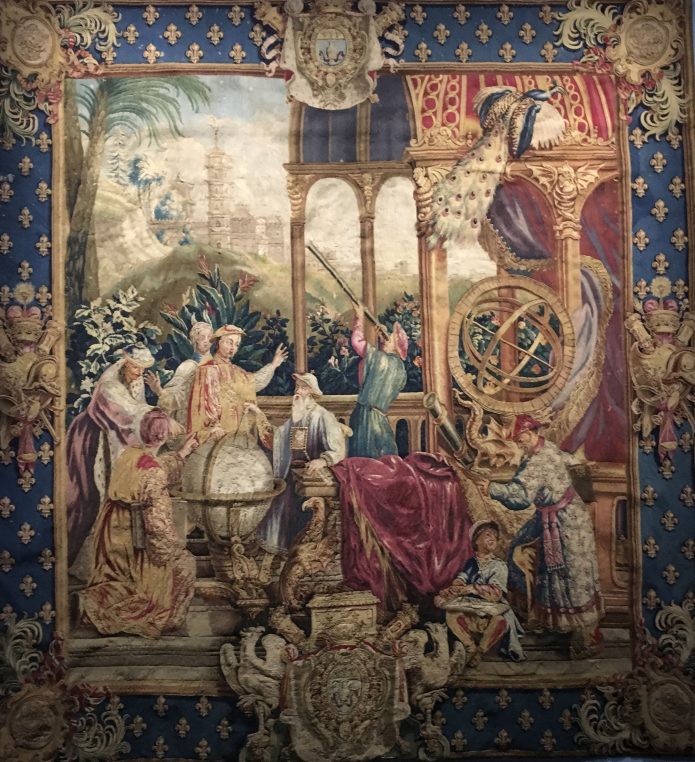 Manufacture de Beauvais, The Astronomes, from the series of “History of the Chinese Emperor”, 1722-24

You will learn many things in this scientific and artistic show but what I remember first from touring  around is the word armillary. There are many celestial and terrestrial spheres here but an exceptional one in copper and gilt wood is armillary, a spherical framework of rings, centered on Earth or the Sun, which represents lines of celestial longitude and latitude and other astronomically important features, such as the ecliptic. 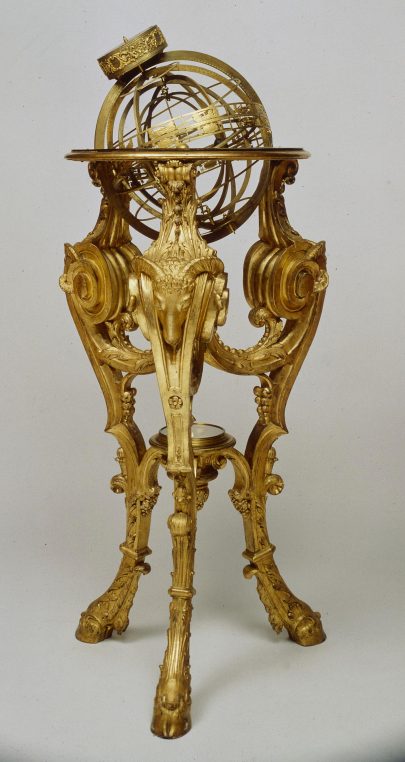 Another item I was fascinated by is the paper construction of a globe. One can see the prints of Nicolas Bion‘s “fuseaux de globe terrestre”, in 1700. There are also numerous portraits of Dutch makers of globes in the 17 th century. And a photograph of the Astronomer by Vermeer which the Louvre does not lend anymore, reminds us of the importance of this science at the time. 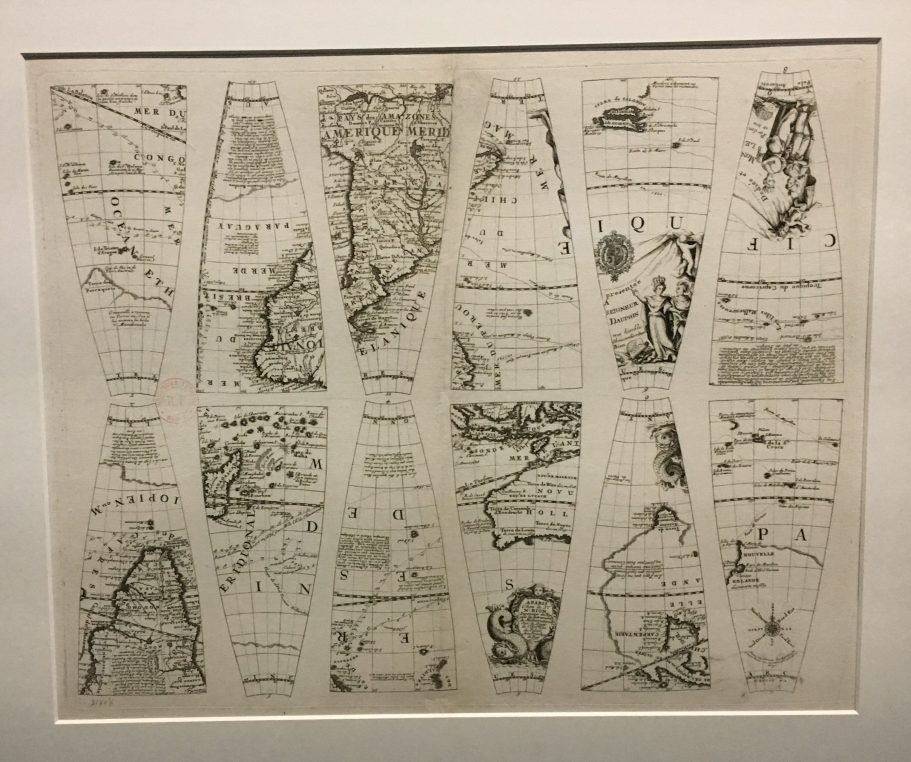 Jean Baptite Colbert poses with a globe for painter Claude Lefèbvre, Louis XIV is seen visiting the Jardin des Plantes with the Observatory in construction in 1671, and the extraordinary globe built for the instruction of the Dauphin in 1788, (Louis XVIth’ s son) tells it all. An empty terrestrial globe opens along a meridian with a celestial globe under it and inside one can see a globe with reliefs and underwater geography.

There are many films and videos, and games allowing the visitor to ask questions about the globes or to turn the pages of manuscripts. Besides Ptolemaeus’s maps, the book of constellations by And al-Rahman al-Sufi is beautifully displayed. The collection of spheres from the Bibliothèque Nationale Map and plans department is very varied and colorful but also many pieces have been lent, including a Japanese sphere which belongs to a private collector. 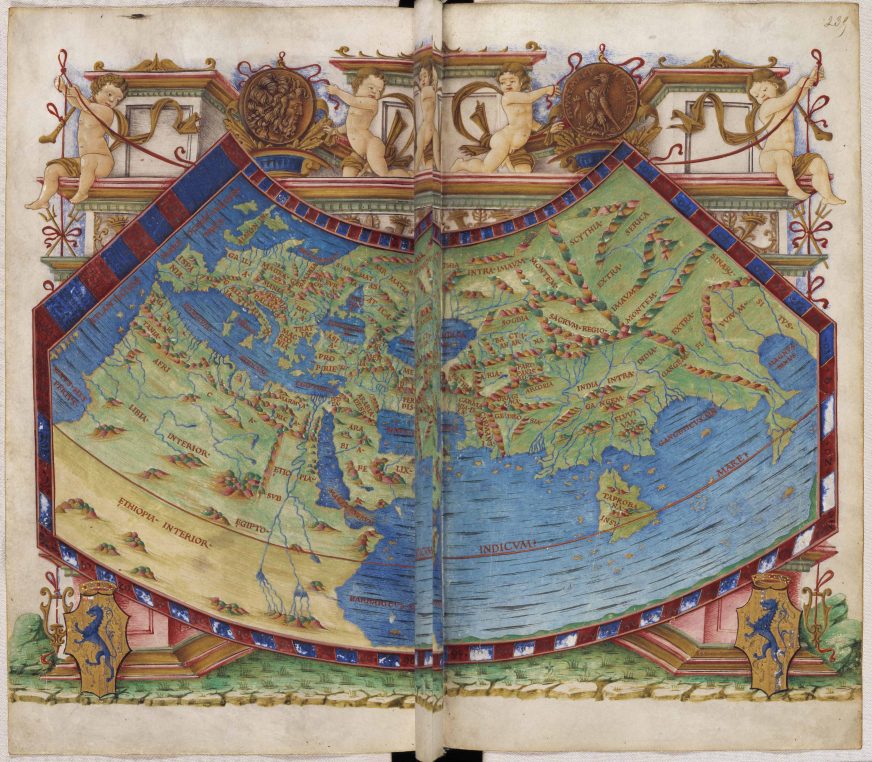 At every period, globes fascinated scientists and public alike and this lavish display of celestial and terrestrial globes will enchant you. (Until July 21, BNF, closed Tuesdays)

One Comment on “Spheres, the Earth and the Universe at BNF”