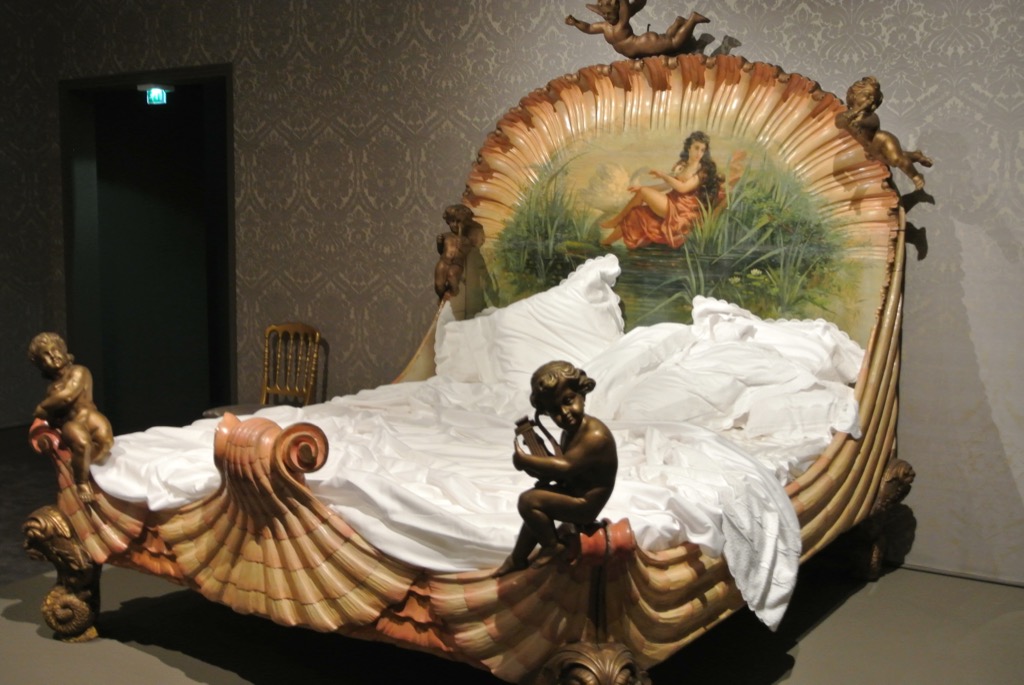 It is interesting to see that two major exhibitions in Paris, are totally dedicated to women. Elisabeth Vigée Le Brun at Grand Palais describes in detail the elegance of aristocrats at Marie Antoinette‘s court. « Splendour and Misery » at Musée d’Orsay, tries to draw a fresco of prostitution in the late 19 th century. It is full of beautiful paintings by Toulouse Lautrec, Degas, Constantin Guys and Béraud… and wonderfully designed by Robert Carsen, but the thematics did not convince me. 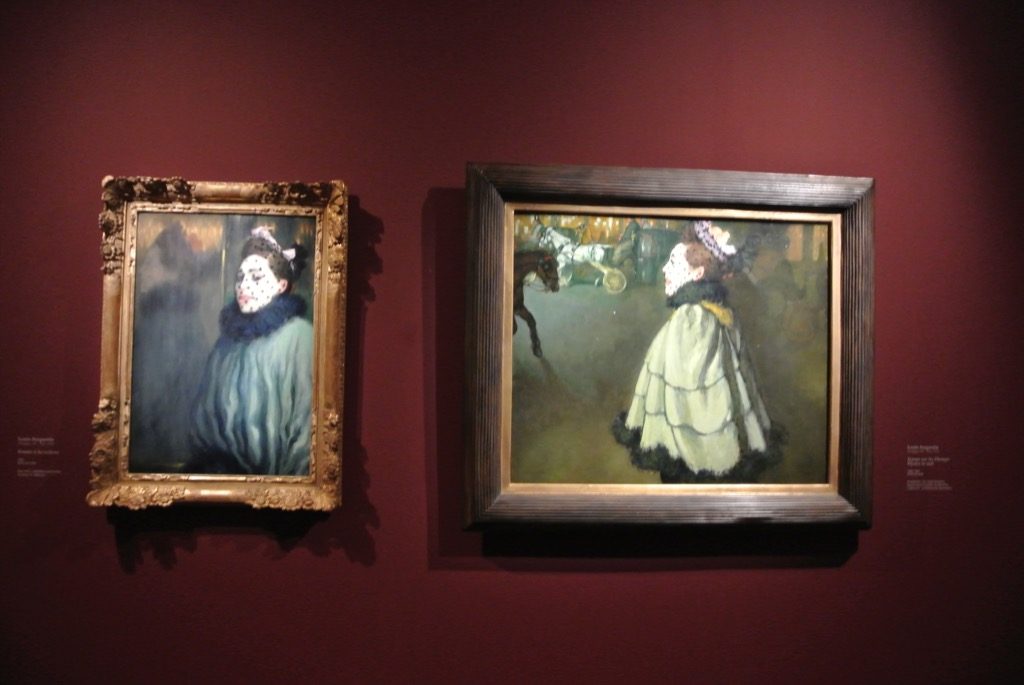 Guy Cogeval, who took over Musée d’Orsay seven years ago, seems to specialise in dark or « dirty » exhibitions. After death penalty (Crime et Châtiment) and male nudes (Masculin/Masculin), he puts forward female prostitution on the streets and in brothels. And there is a stark contrast between the sweet provincial girl, straight out of her village, with round and pink cheeks drinking absinthe in a café painted by Degas, and the crude studio-shot photographs, evoking the foursomes or beatings in whorehouses or the « douche périrénale » drawn by Félicien Rops… 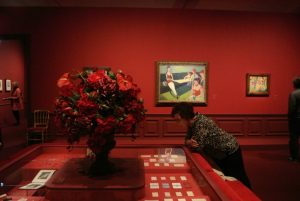 Can the success of an exhibition rely on two closed rooms, forbidden to under 18, filled with porno films and photographs ? I don’t think so. So don’t be stopped by the simplicity of this gimmick and do admire the large rooms (red, grey black) lined with fabric and matching wall to wall carpets, which are a perfect background for the lascivious chefs-d’oeuvre. The central red velvet « sofa » pieces, remind us of Napoleon III’s large living rooms or of what has been defined as the Rothschild style. They are one of the good finds of decorator Robert Carsen and his assistant Philippine Ordinaire. The centre of these comfortable seats is cleverly used to show business cards of all the massage parlors and ladies’ studios very often located near the Opera house, rue Feydeau, rue Chabanais, rue St Lazare and the Madeleine. It is totally moving to read « Jane d’Arnez, tous les jours de 2h ½ a 7h, 114 bd Haussman, 1er au dessus de l’Entresol » because you start imagining the client walking up the stairs just after lunch…

Swiss engraver Alexandre Steinlen has a large part in showing sick prostitutes at St Lazare prison where they were treated for syphilis (from 1896 to 1931). Soft paintings such at James Tissot’s, « La demoiselle de magasin » or Boldini’s « Traversant la rue » contrast with Pablo Picasso’s superb « La Mélancolie », Henri de Toulouse Lautrec’s numerous cabaret scenes and Albert Brichaut’s photographs.
What cheered me up was towards the end, the Paiva’s large unmade bed with silk sheets and pillows lying around as if the grande courtesan had just left. 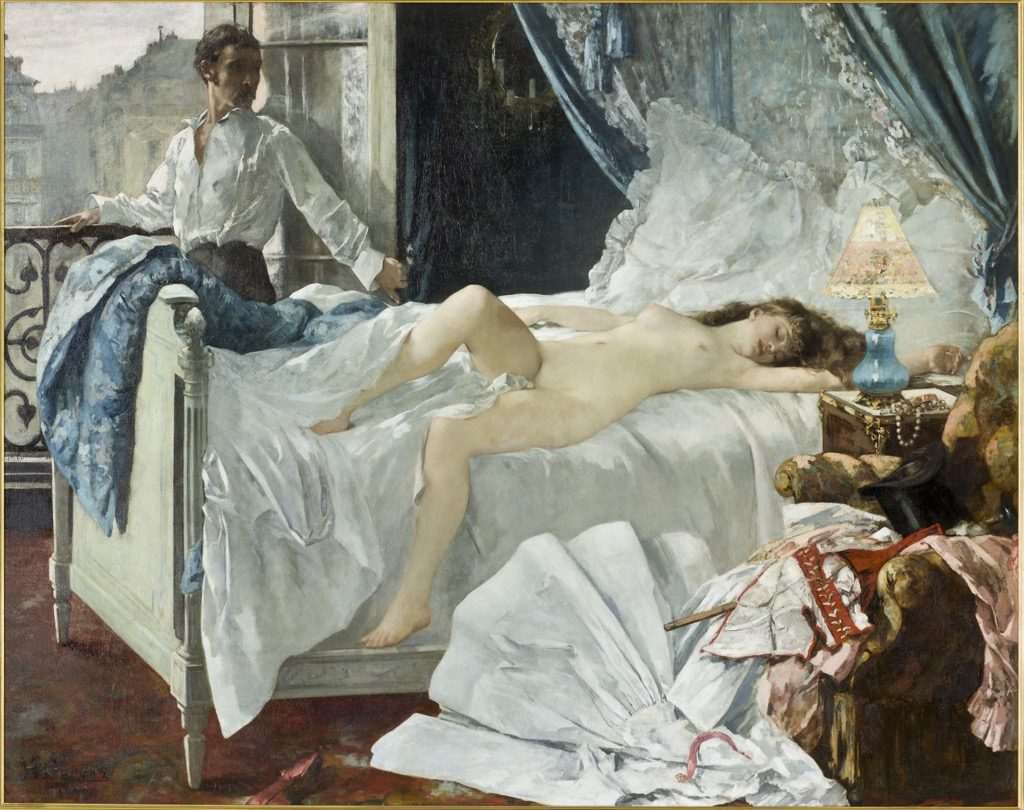 2 Comments on “Splendour and Misery at Orsay”