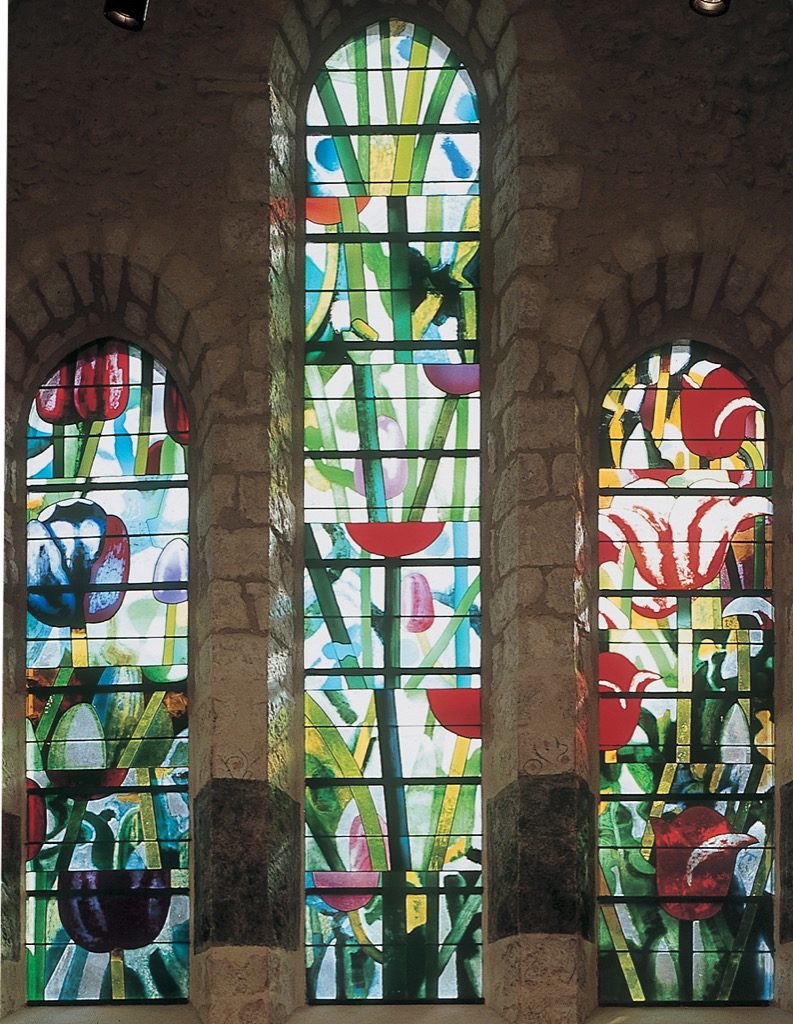 Second world war had one positive effect on French art : most stained-glass windows in French cathedrals were destroyed and thus as early as 1957, new windows were commissioned from famous French artists. Chagall, Bissière, Villon, Alberola, Rouan, Soulages, Garouste… all worked to restore or create over 2 000 new churches. 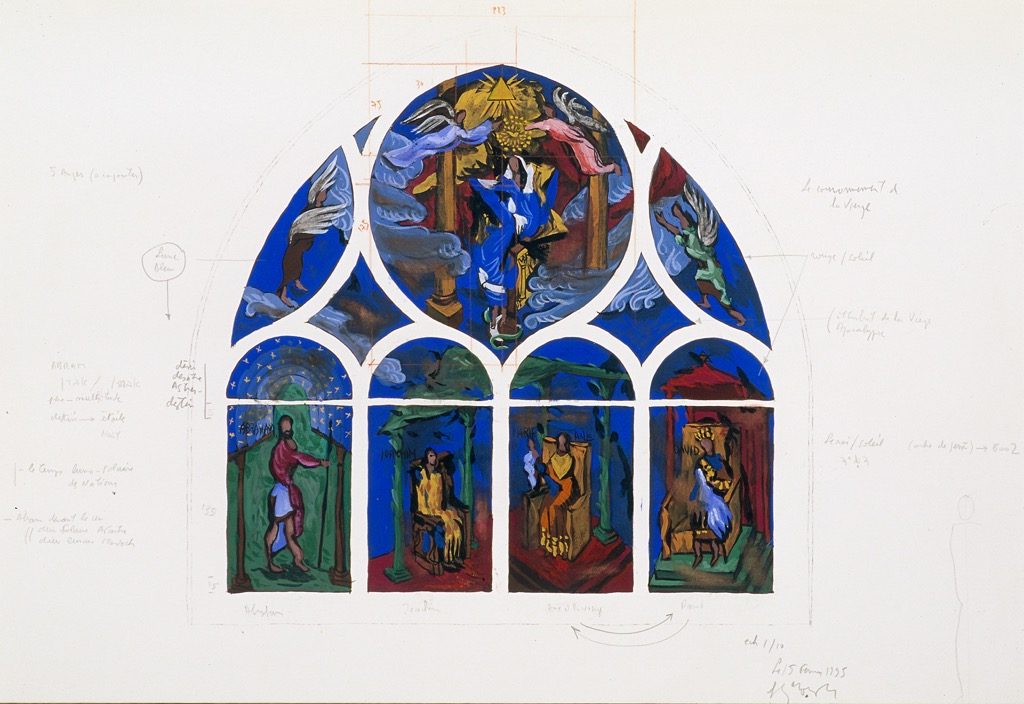 If you are interested, your option is to travel to faraway places such as magical Conques in Aveyron, to see Soulages’ abstract windows in this beautiful little church on the Santiago de Compostel route and then visit his museum in Rodez. Or train to Metz where the cathedral holds many beautiful windows by Chagall and Bissière. Or to Nevers, in the center of France, which holds the most contemporary ones. Or you can just walk across Paris, to Cité de l’architecture et du patrimoine in Palais de Chaillot (facing the Eiffel tower) and visit the beautiful exhibition, « Chagall, Soulages, Benzaken… Contemporary stained-glass ». 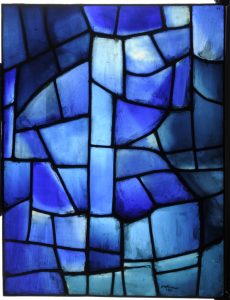 I saw it by chance, on a lazy day, and was interested to see how busy it is. The attraction is obviously to be able to see from close up (the windows are hung at eye level) how stained-glass is made and assembled. Most preparatory drawings and watercolours are exhibited so one can see the details of such daring windows as Viallat in Nevers or Chagall in Reims. Matisse in Saint Paul de Vence is probably the most famous one of all with Le Corbusier in Ronchamp. But Rouaud is also very present with his window in Assy (Haute Savoie). Most importantly, this exhibition shows how vivid the art of stained-glass is today in France and how architects like Frank Lloyd Wright in the US, Macintosh in Scotland, Mallet Stevens in France have used this art which was mostly religious and is now part of lay architecture.

This « niche » exhibition runs until September 21 but the museum itself,  devoted to architecture, is well worth a visit. Many life-size parts of old French churches and castles are exhibited as well as contemporary models on the second floor, which offers a unique view of the Eiffel tower.