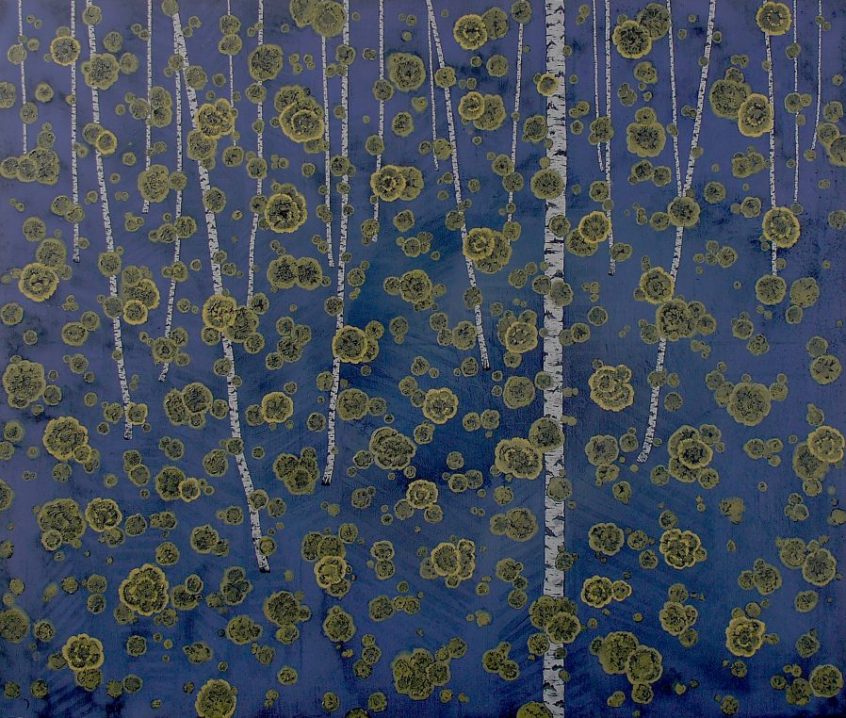 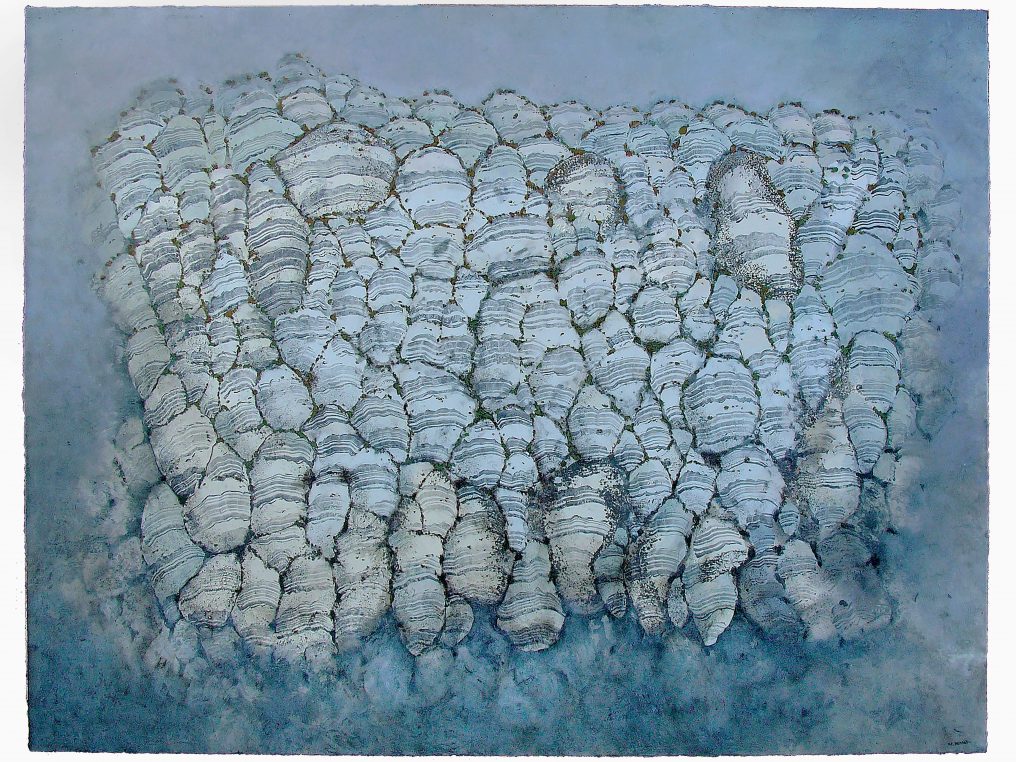 Three years ago, Stéphane Erouane Dumas surprised us with refined paintings of birch trees, multiple blue and white images which became almost abstract as you were watching them. He comes back in force at Galerie Pierre-Alain Challier with seventy works including many beautiful ceramics and bronze sculptures. The cliffs and forests of Varangeville, where he has his main studio, have inspired him an extraordinary series of works. There is an official opening on Thursday but you can already visit the gallery until March 20. 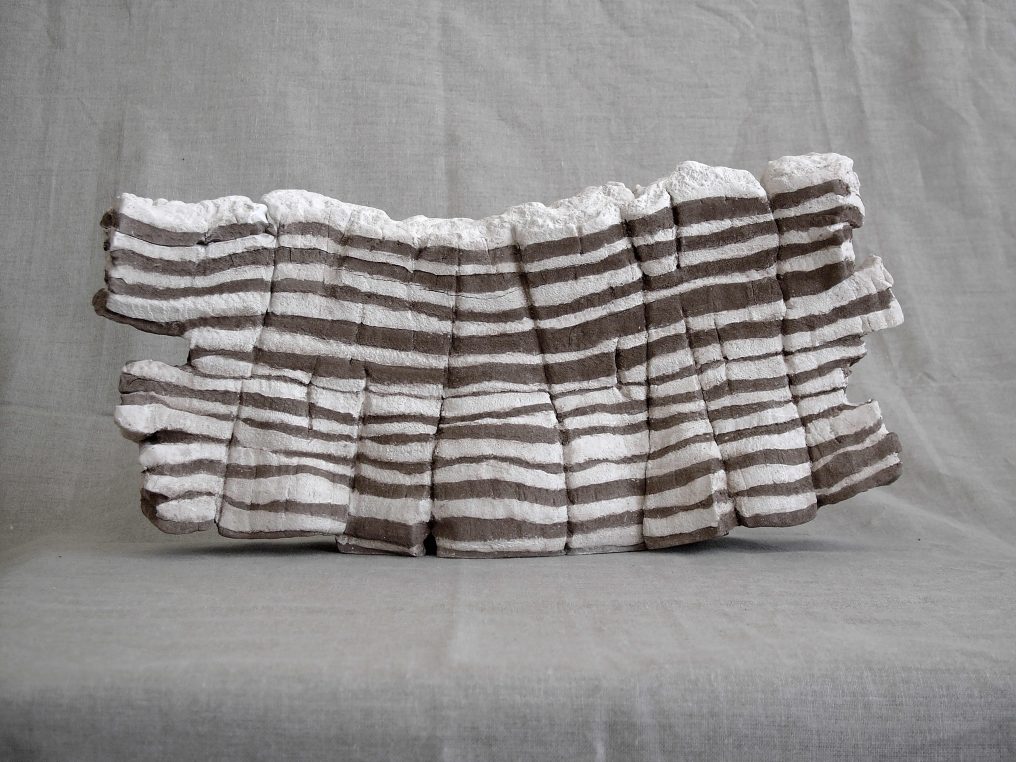 When you walk into the large rue Debelleyme space, you are immediately struck by the juxtaposition of a painting and a sculpture, both called Falaise. One is a whitish bronze called “Falaise II (in the shape of a pear)” the other, a painting, 120 cm by 155 cm. Suddenly the artist’s talent has taken a new dimension with the addition of ceramics and bronze sculptures. Some of them are enhanced with white pigment which gives the illusion of stone. I had a particular “coup de coeur” for Falaise IV (Bumpy Cliff) which is rounder and whiter than the others. They come in all sizes and some can be exposed outside. 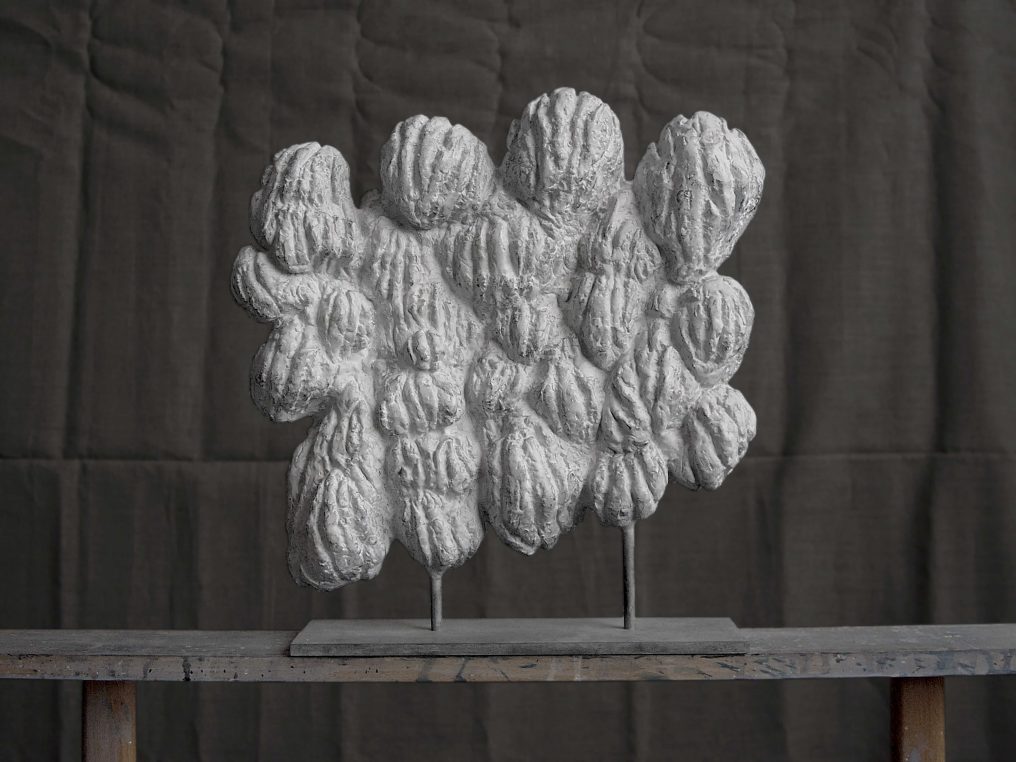 But mostly the accumulation of large formats in blues and greens, the new round shape of white and yellow lichens, or “Here comes the flood” an inundated  forest of birch trees, add to the intensity of the show.  The silence of the forest is perfectly rendered in these almost abstract renderings. Suddenly in “Hiver, reflets” (Winter, reflections), the birch trees start dancing in a frozen lake, some forming “White circles”. “Forest I and II” give an optical illusion which reminded me slightly of Vasarely. 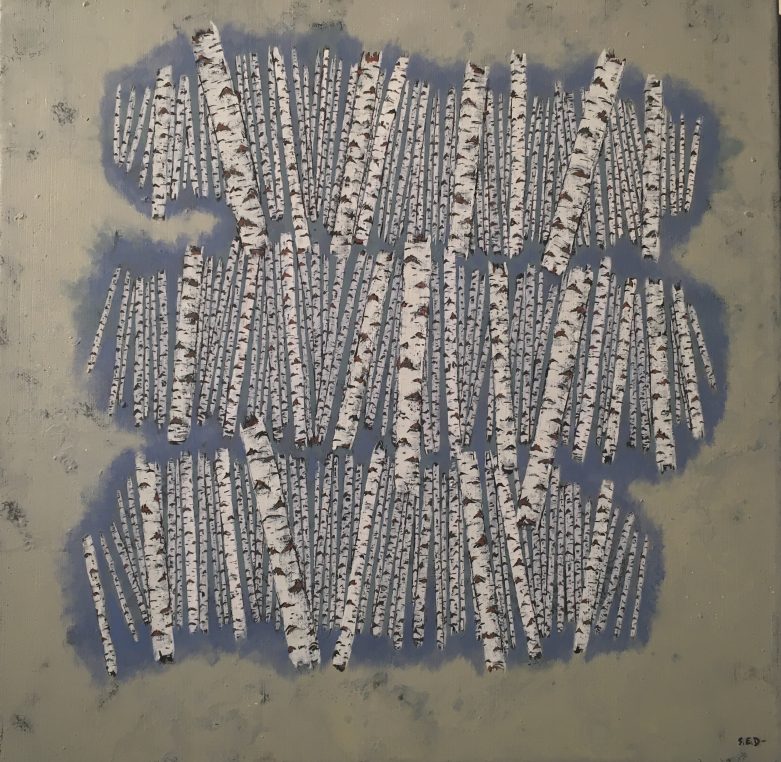 Some Vertical variations with their spots and strokes are reminiscent of a very sophisticated mikado game. While some paintings are oil on canvas, others are oil on paper and this variety of medium gives the show  great strength. As do the different formats. The room upstairs is lined with smaller square paintings which form a patchwork of the artist’s themes. 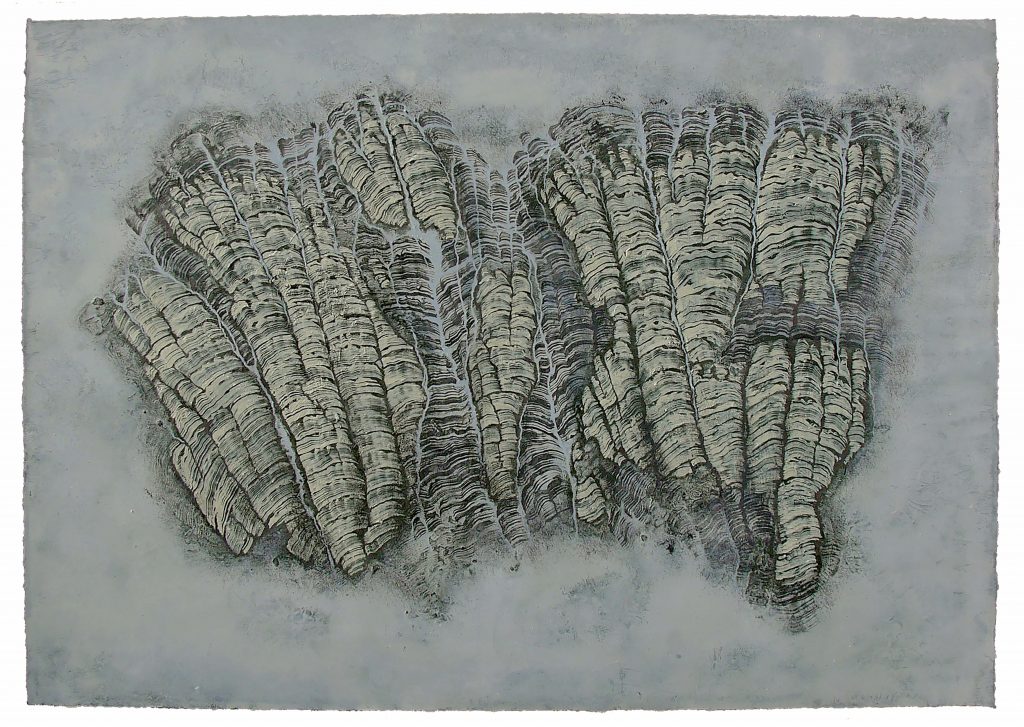 At a time when a mix of International contemporary artists reign over the Marais,  Stéphane Erouane Dumas is definitely glittering with real painting and sculpting. It is very exciting and comforting to see how much his art has matured in the last three years and how it has evolved towards abstraction. Do not miss this show, it is uplifting and serene. 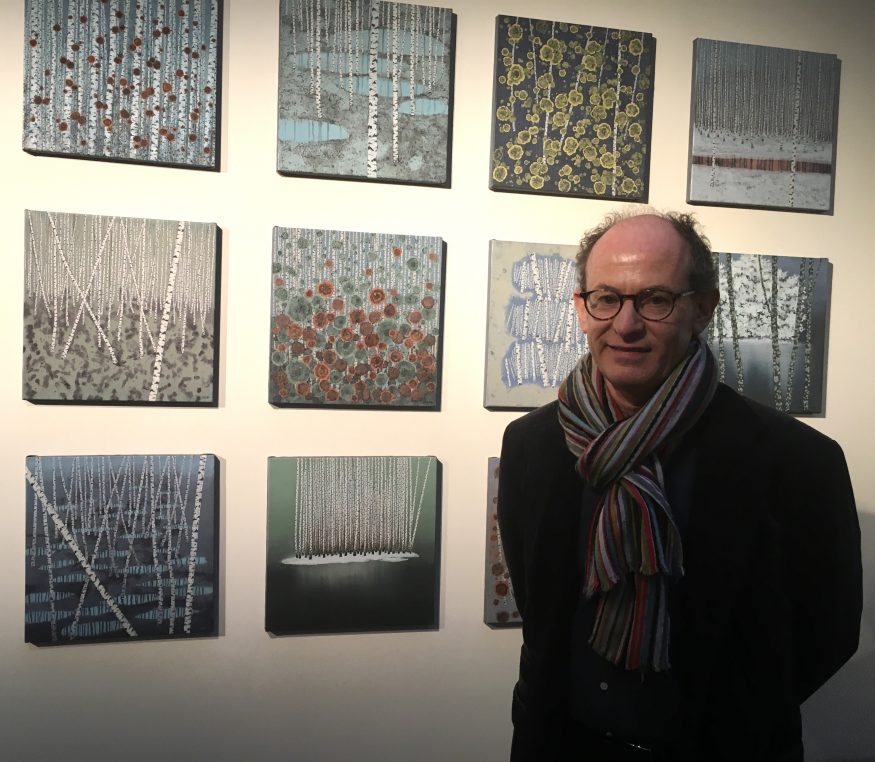 Galerie Pierre-Alain Challier, 8 rue Debelleyme from Tuesday to Saturday. Prices range from 1 800€ to 30 000€ for the larger paintings. A beautiful catalog (29€) is also published by the gallery.