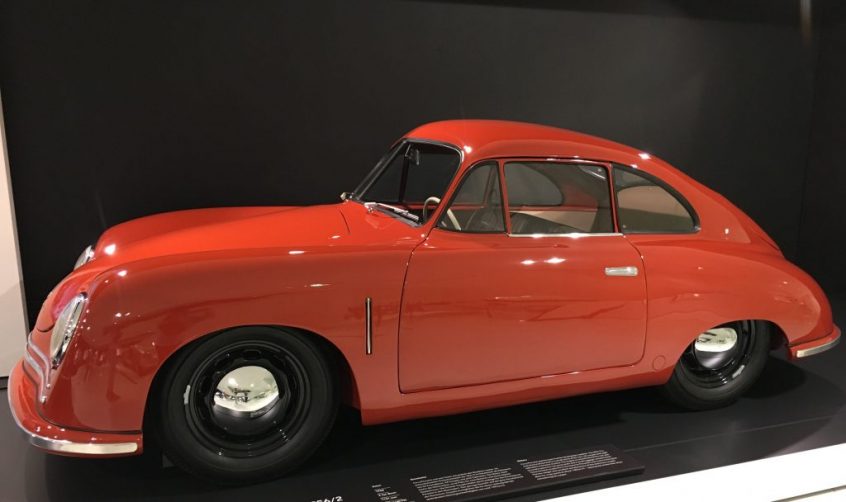 There is a strange feeling about driving in a very large car park which only contains one brand, Mercedes cars. This is what happens when you drive a Mercedes and you enter the large Museum in Stuttgart. With a smile, you get special access… Cars and garages have a very prominent role in this city which was destroyed at the end of the war and rebuilt in a very pragmatic way. To the point that special spaces are reserved for women drivers. How feminist does this get? I loved it. 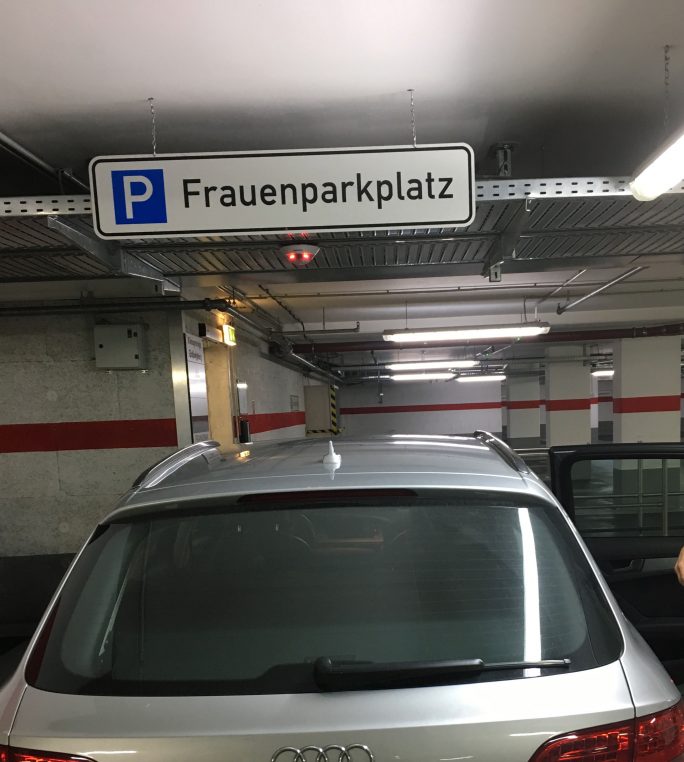 Parking for women drivers only in central Stuttgart

I was invited by a lady golfer friend who lived there all her life and spending 48 hours in this capital of Baden-Württemberg, was quite enlightening. Besides Mercedes and Porsche it is also the home of Bosch, who not only makes washing machines but also works on new automated cars in their research center located in a field. What a great combination!

The size of Stuttgart, with its 640 000 inhabitants, allows it to remain very environmental and trendy industrialists who don’t live in Weissenhof, the dream city devised in 1927 by Mies van der Rohe, Le Corbusier and Gropius, tend to live outside in the charming villages near Leonberg. 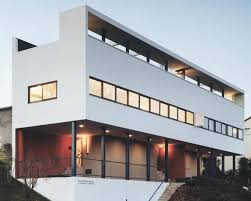 The Le Corbusier house in Weissenhof is now a museum

The Staatsgalerie, built by James Sitrling, has outstanding collections of Picasso, Oskar Schlemmer’s astonishing “Triadic ballet” figures and a Joseph Beuys room as well as classical art. But of course what attracts most visitors are the two car museums, Porsche and Mercedes- Benz. And you don’t have to be a connoisseur to love them. The architecture and the aesthetics of the cars are enough.

Built with a ramp system similar to the Guggenheim’s, the Mercedes-Benz starts in 1885 with two different teams of automobile designers, Karl Benz in Mannheim and Gottlieb Daimler and Wilhellm Mayback in Cannstatt. The funny part of the story is that Daimler and Benz who both introduced their first vehicles at the Paris World Exhibition of 1889, never met even though they lived 60 miles apart.

One of the first striking models is the Benz motorized Omnibus created in 1895. Many more utilitarian will follow including London double deck buses.

The Daimler-Motorboot “Marie” of 1888 is another fun piece. It was owned by Otto von Bismarck! Along the walls of the downhill ramp, the history of the time is outlined with details such as the 1900 expansion of the telephone network or the publication of  Thomas Mann’s “The Buddenbrooks” in 1901.

There were close ties between French car manufacturers like Panhard & Levassor and Daimler and the French automobile scene was very active. One important actor was Austrian gentleman driver, Emil Jellinek, a client of Daimler, who shared his time between Vienna and the Riviera. He was instrumental in developing race cars with Wilhelm Maybach and gave his daughter’s first name “Mercedes” to the powerful car he raced to victory in Nice in 1901. Thus was the legendary car born. 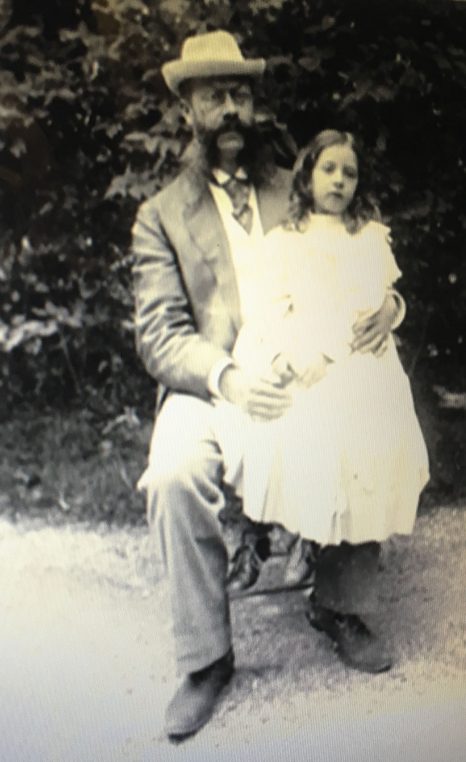 The exhibition is huge and utility vehicles are mixed with race cars and official cars. One room is particularly interesting with all the celebrity owners like the 1930 Mercedes Benz Top SS owned by the Maharadjah of Kashmir, the 300  Grand Mercedes which became the car of the Federal republic in 1952, the Pope’s Papamobile and Princess Di’s 1991 red 500 SL. 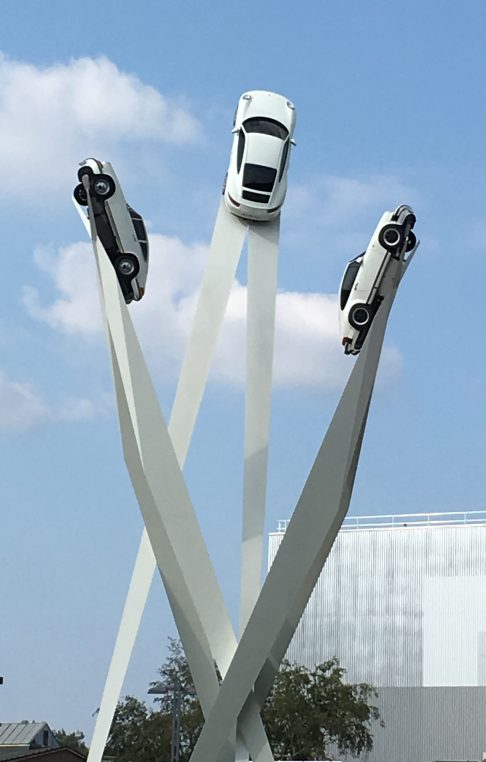 The Porsche company is more recent. It was founded in 1931 in Stuttgart and had its first success in designing the Volkswagen  Beetle. The two brands are still closely linked today.  The museum spaces opened in 2009 and were conceived by the same designer as Mercedes, H.G Merz. I love the Porsche motto : “Wieder so ein Auto des keiner braucht, aber jeder will”, a car that no-one needs but everyone desires. 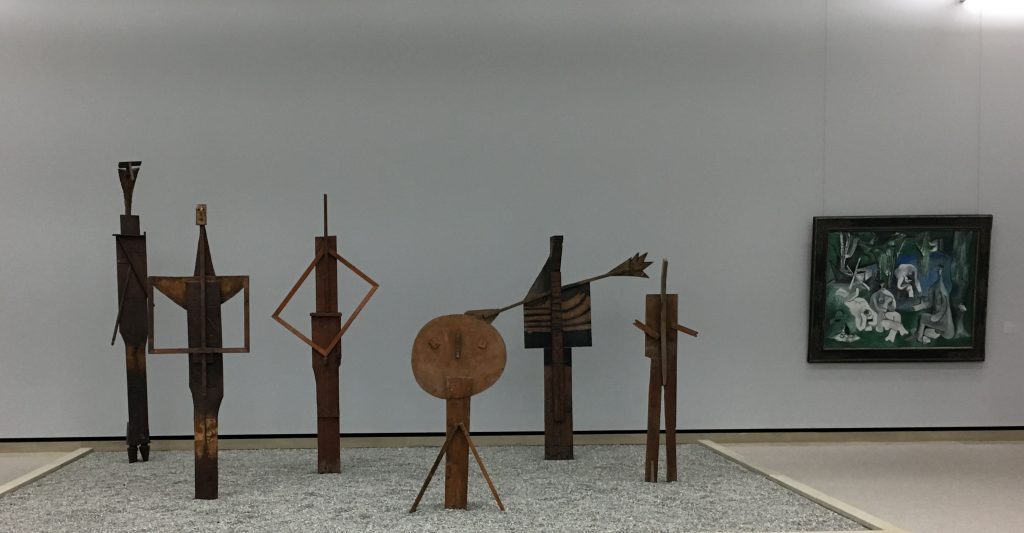 The extraordinary Picasso room at the Staatsgalerie, with Die Badenden (Les baigneuses) 1956

I thoroughly enjoyed both Porsche and Mercedes museums which in a way symbolize the German wealth and technical taste for perfection. My stay ended with an Italian style lunch at Feinkost Böhm, a food hall near the Kunstmuseum on the Palace place. It’s a good idea to clim up to the last floor of the museum to get a view of the whole city.

One Comment on “Stuttgart, a window on a new world”