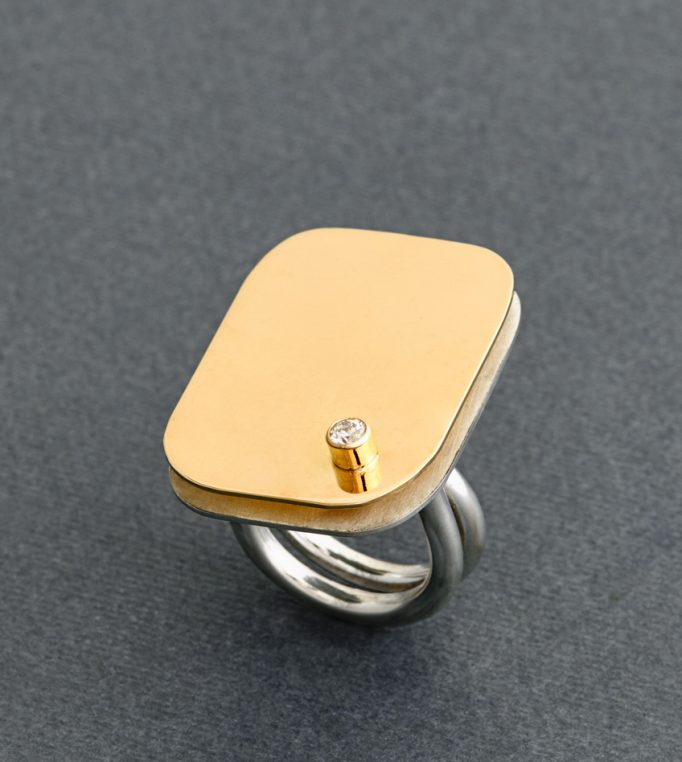 Taher Chemirik was born in Relizane, south east of Oran, Algeria. He came to Paris in 1977 to study at Ecole des Arts Décoratifs and soon worked on costumes and decors for the Paris Opera, then as a designer for Ralph Lauren. But as soon as he discovered jewelry, he concentrated on this new art as well as on sculpture and on spectacular screens as Daniel Marchesseau reminded me. He now works from Finistère in Brittany, where he has a studio and this show at Naïla de Monbrison is his 10 th jewelry exhibition. The gallery specializes in artists’s jewels. 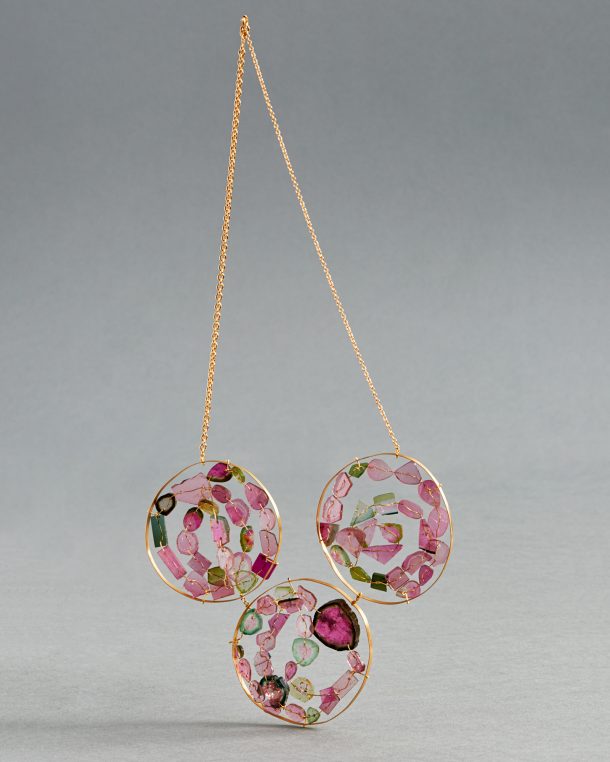 He has developed a few singularities in his jewels, one of which is his gold necklace with rings, which he has been often copied for. A beautiful item to wear in the summer on a bathing suit or in winter on a black turtle neck. Very handsome and charming, Taher has developed some furniture in wood and large metal screens which are true sculptures. For him, jewelry is a “functional sculpture”. 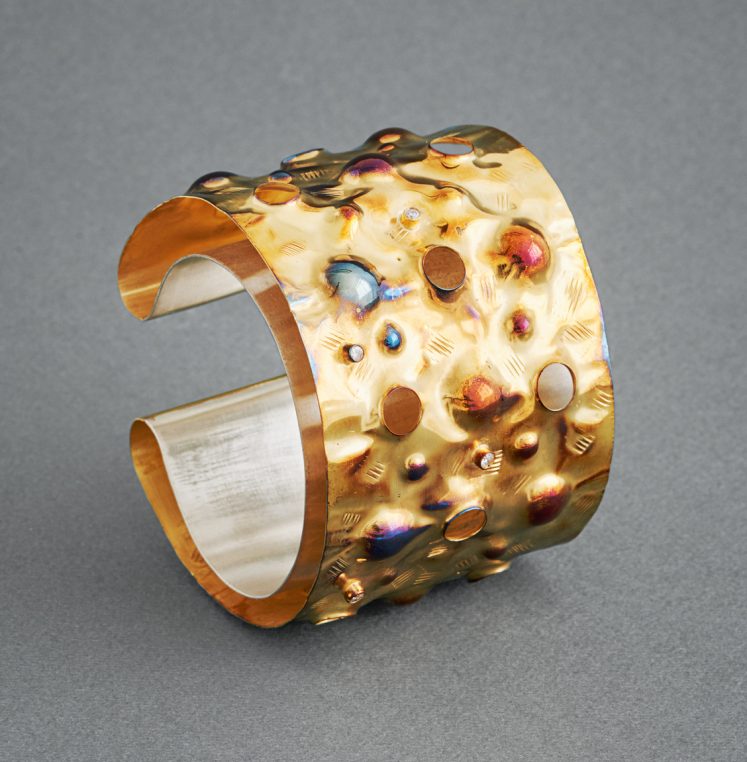 An exceptional bracelet in gold with silver lining and decorated with colored burnt inserts, 12 000€

Each piece is unique and of course hand made in his studio. The exhibition is on until July 6 at Galerie Naïla de Monbrison, 6 rue de Bourgogne, Paris 7 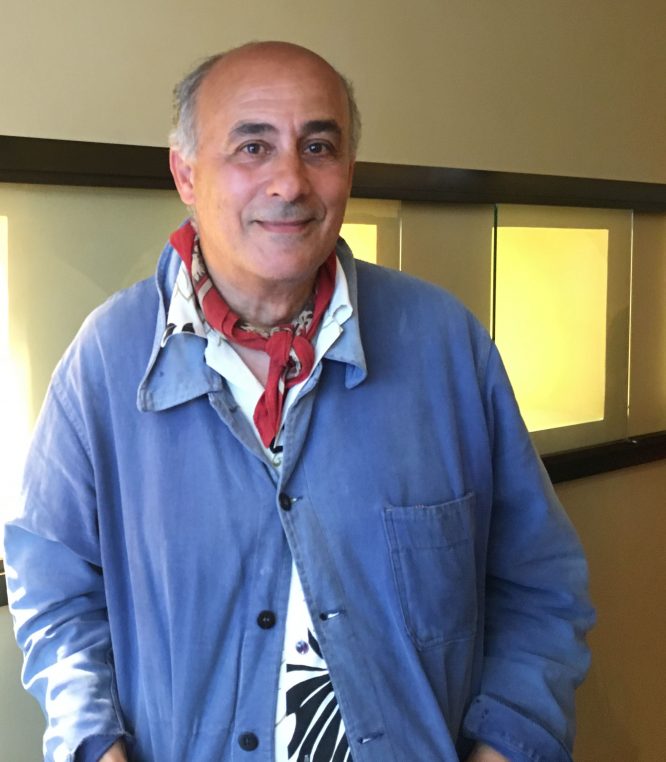 Taher has now become a Breton and dresses like a fisherman!

One Comment on “Taher Chemirik, a sculptor of rings”