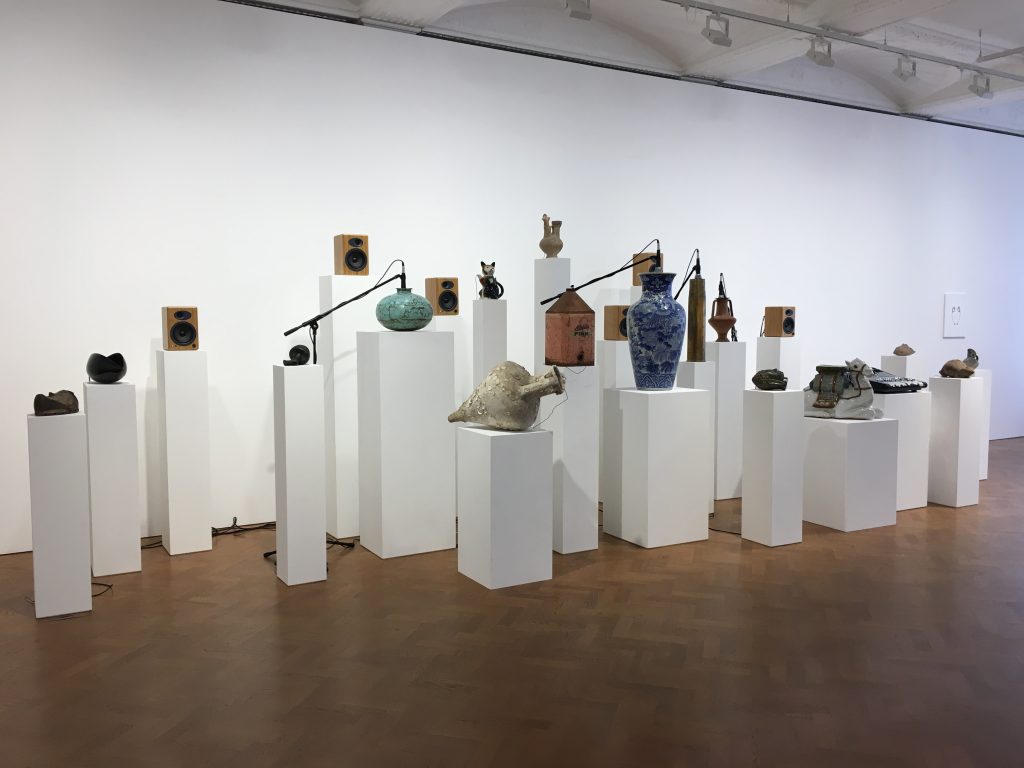 London is always full of news and this time, it was of Christie’s auctioneers  reshufflings of their team and François Curiel being made chairman of Europe and based in Geneva. Thaddaeus Ropac, the dashing galerist established in Salzburg and Paris, opened his new super chic London house on Dover Street. And before visiting the very large David Hockney retrospective at Tate Britain,  lunch at the Ritz was a real discovery. 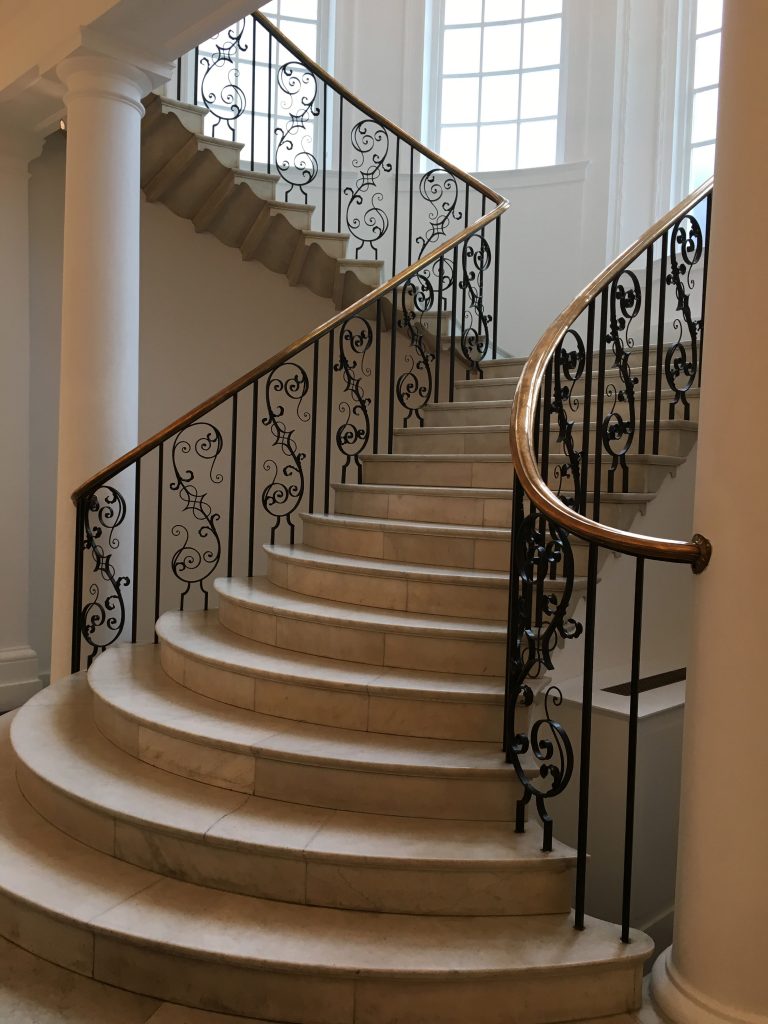 The staircase leading to the second floor at Ely House

Entering a new house is always a moving experience even when it is open to the public. And 37 Dover Street is no exception. The 1500 square meter Ely House used to be the London residence of Bishop Edmond Keene of Ely in 1772. It then became the Albermarle club in 1909, the first club to accept female members. It was a meeting point for avant garde artists and intellectuals. Recently restored by New York based architect Annabelle Selldorf who is building LUMA in Arles and has worked on the Neue Gallery and the Frick in New York, it is the hot spot to see in Mayfair. 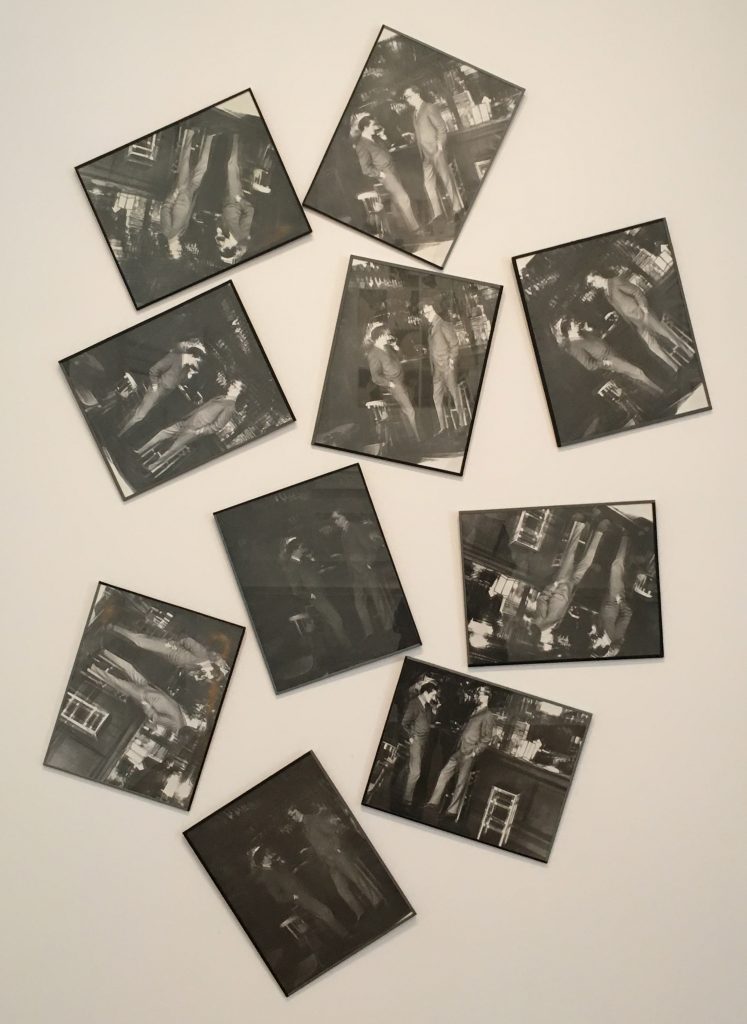 The ground floor corridor paved in black and white marble leads to the most beautiful semi circular stairway. The large library and multiple rooms are a perfect background for Gilbert and George, Joseph Beuys, some of the most famous Ropac artists, and Donald Judd, Sol LeWitt, Richard Tuttle and Dan Flavin from the Egidio Marzona collection… 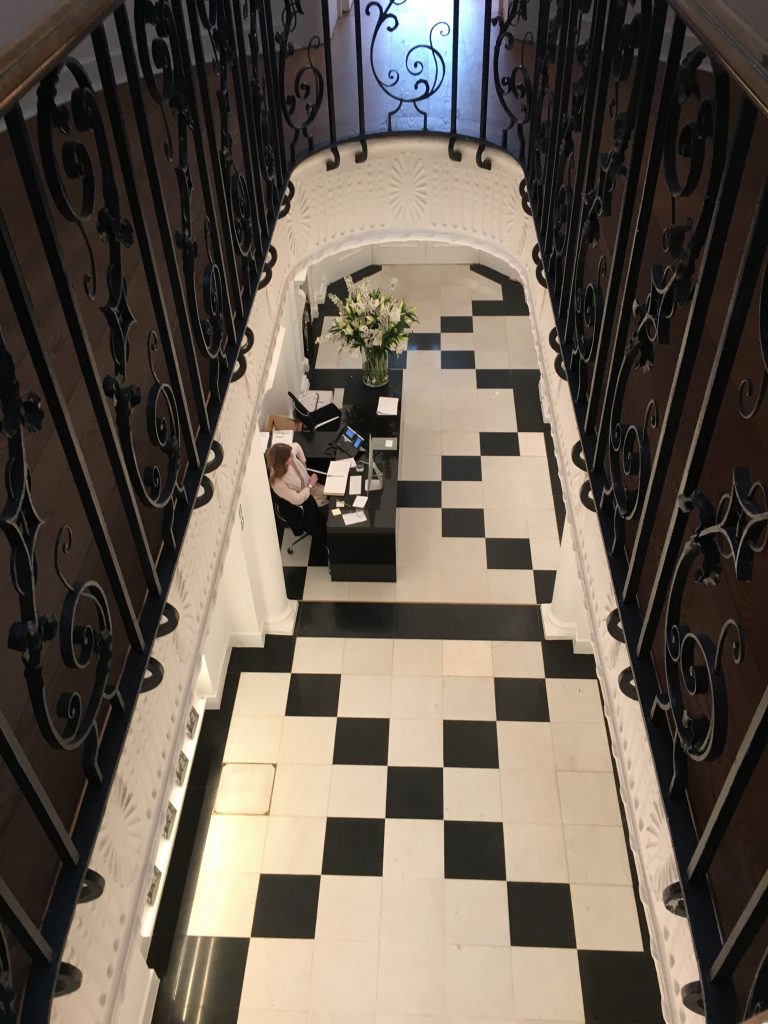 The hallway as seen from the second floor

I was intrigued by British artist Oliver Beer, a musician and a fine art student who also studied the theory of cinema at the Sorbonne. His installation « Devils », of sound and vessels is certainly the most exciting show in the gallery. It was developped at the Watermill center, in Long Island. Another installation of a lead-crystal ear trumpet in a window in the staircase is great fun. 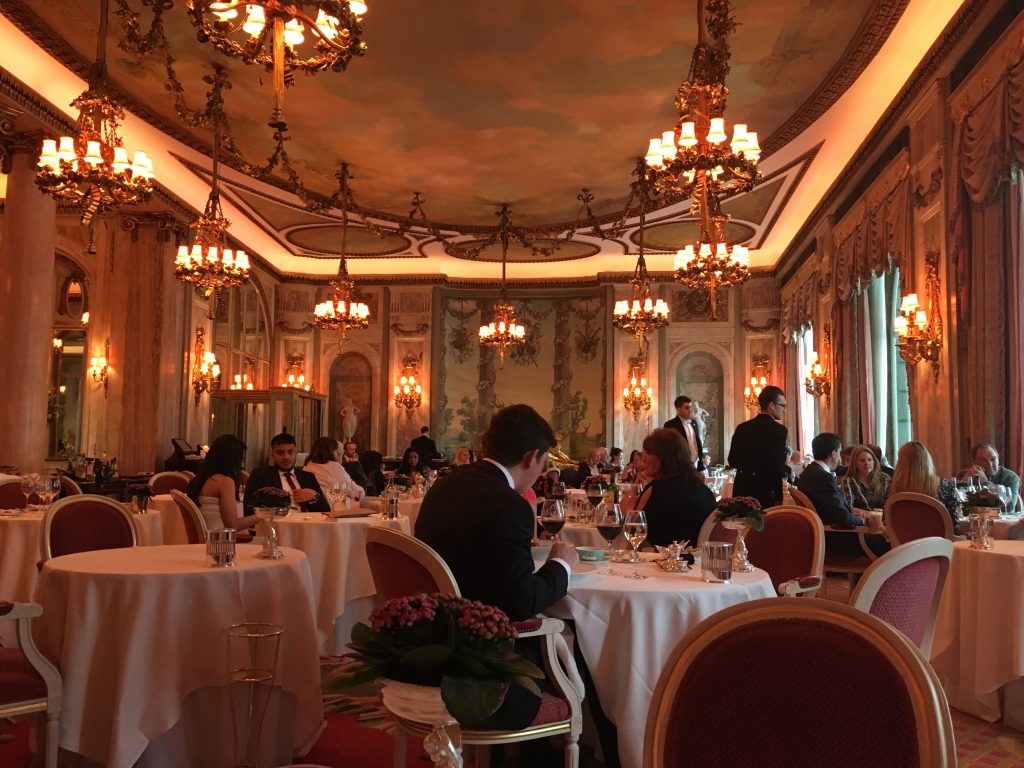 After Villa Kast in Salzburg, Ateliers de Pantin and his Paris gallery in the Marais, Thaddaeus Ropac is extending his empire in a very elegant way. When you exit Ely House, you bump into all the fun shops of London, Jimmy Choo shoes, Paul Smith, Alexander Mc Queen and Gucci crazy bags on Bond Street.

But I unfortunately had to rush to the Ritz where the most formidable lunch  (52£ set menu) was waiting for me in a complete luxury of waltzing waiters (aspiring comedians), brill and asparagus, perfectly cooked canette and a rhubarb soufflé, out of this world. Rosé champagne and lemon macarons with smoked salmon mousse as an appetizer made me forget any worries I might have had about the elections in France. But conversation did drift on the negative consequences of Brexit in the human rights world. After lunch,  I flew to see the Hockney show at Tate Britain which was too comprehensive for my taste. I was happy to recognise many paintings I had seen over the years and loved his masterful drawings, especially of his mother and of Andy Warhol. The huge size of his portraits in the late 60’s stunned me as did the two « Breakfast at Malibu » which show a very English tea pot and cup with the blue sea as a background. A great combinaton of the artist’s Englishness and his love for California.

His experiences with polaroïds and Ipad paintings are enlightening but mostly, my complete love for his Yorkhire paintings was confirmed. What a versatile and umpretentious artist ! (Tate Britain until May 29)