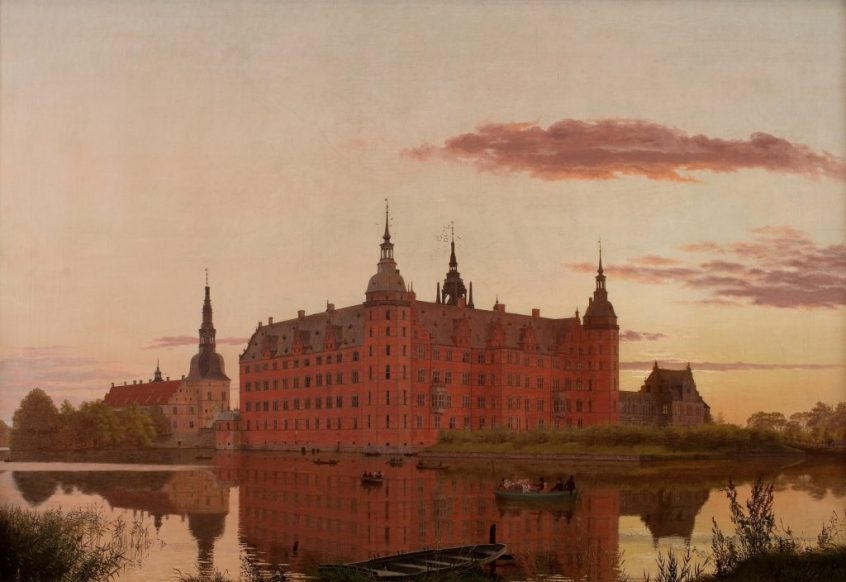 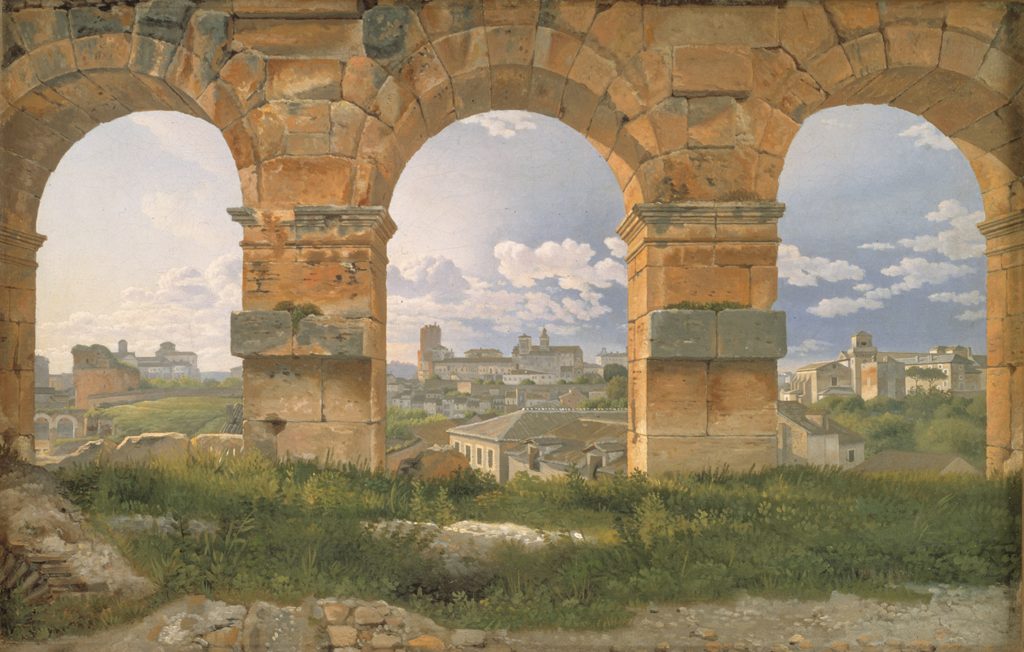 C.W.-Eckersberg, “View through three arches of the third floor of the Coliseum”, 1815, Copenhagen, Statens Museum for Kunst © SMK Photo/Jakob Skou-Hansen

Once again Christophe Leribault, director of Petit Palais, gives us a perfect exhibition with “The Golden Age of Danish painting” 1801-1864, a charming mix of studio life and landscapes at the beginning of the 19 th century in Denmark.  The exhibition is a happy one, developing themes like family (there are many children), travels to France and Italy, bourgeois life in Copenhagen and sea views. It starts at the time when the English destroyed the Danish fleet and bombarded Copenhagen in 1807 and when the State went bankrupt in 1813. And yet artistic talent flourished and a perfect harmony developed between writers such as Hans Christian Andersen, philosopher Søren Kierkegaard, painters and sculptors. Christoffer Eckersberg, who taught at the Royal Academy, is the leader of a school of painters who described the society of the time. The exhibition  is organized with the Statens Museum for Kunst, in Copenhagen and the Nationalmuseum, in Stockholm 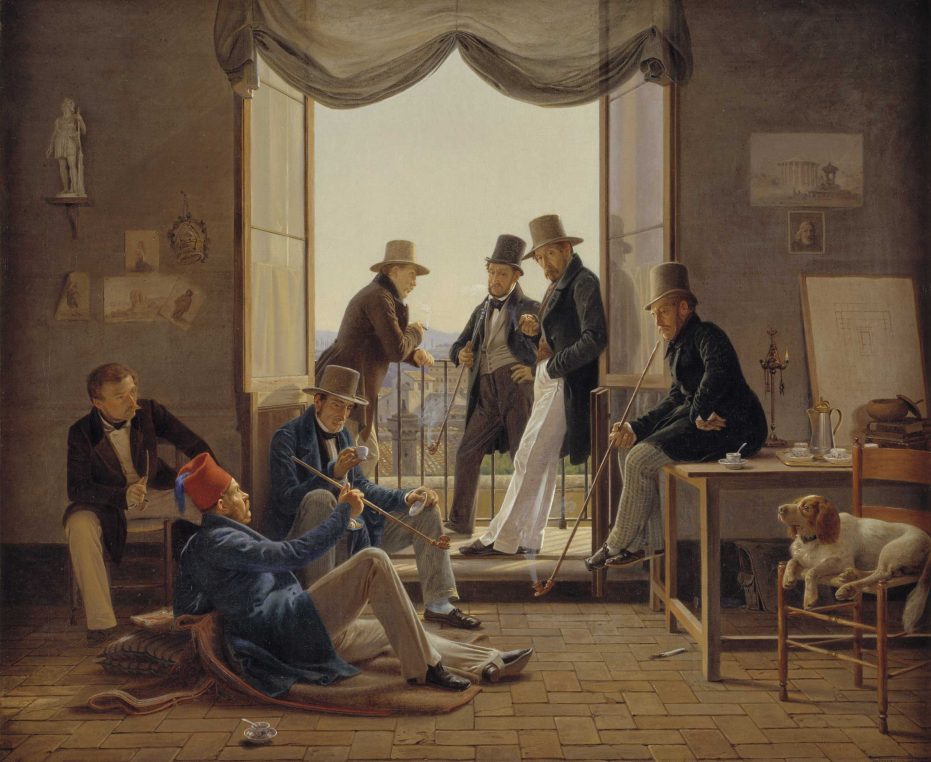 The first painting you encounter is the “Night of September 4-5 , 1807” when Copenhagen was bombarded by the English. The violence of the flames is a stark contrast to the following room where marine painter Carl Dahl is represented by a calm painting of the harbor in full sun. Christopher Eckersberg’s portrait of sculptor Bertel Thorvaldsen is a beauty and one recognizes in it the stern elegance of Danes just like today in the streets of Copenhagen. 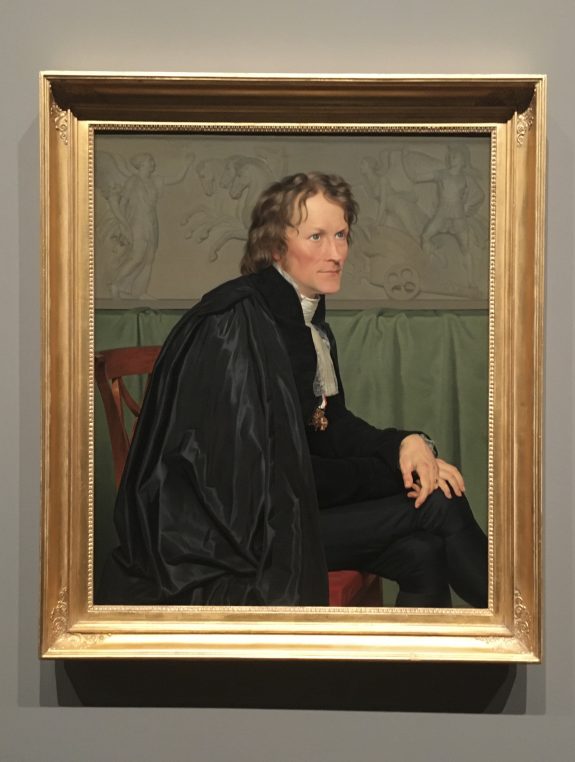 There are some extraordinary images like this “Nightmare” by Ditlev Blunck inspired by Füsli, which represents a very sensuous lady asleep naked in bed who is abused by a demon. She is so voluptuous that it is not clear whether she intensely enjoys the situation or not. There is another wonderful painting by Ditlev Blunck of painter Jørgen Sonne in the middle of a bric a brac of accessories used in his paintings and seated under Napoleon’s statue. Also a portrait of sculptor Hermann Ernst Freund by Christen Købke is incredibly vivid. 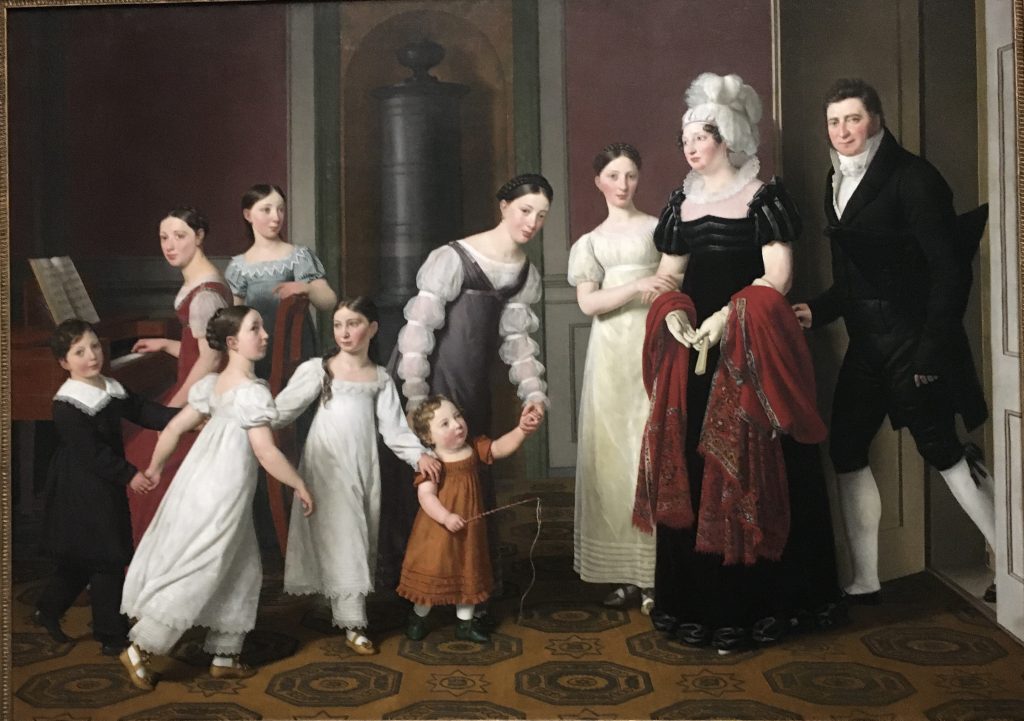 Around this painting of a family of eight, the Nathansons,  there is a pretty blue decor with a beautiful carpet and low cabinets designed to show drawings in the largest room of the exhibit. More portraits of painters by Jørgen Roed, and this incredible red painting of Frederiksborg castle by Købke. Built by Christian IV, in the 17 th century, this castle is one of the largest in the North and it is considered as the chef d’oeuvre of Danish Renaissance. 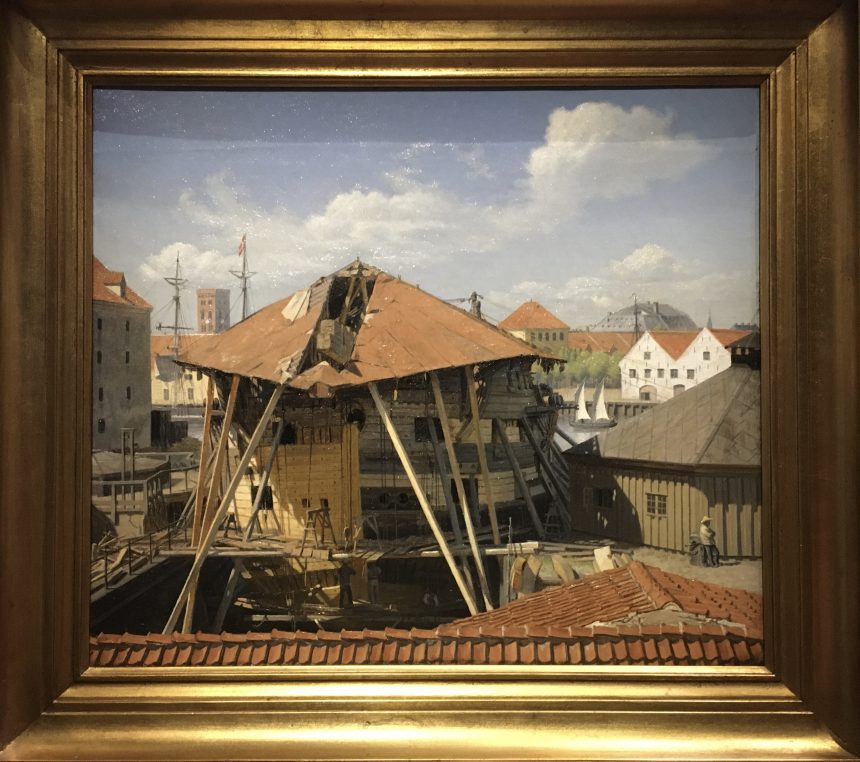 Otto Bache, Ship Skjold being renovated on the quay of Christianhaven, 1860

While the mid 19 th century was bringing industrialisation, railroad and new means of communication, Danish artists remained attached to farming and fishing, agricultural life and nature, rendering an idealized vision of their country like P. C. Skovgaard who paints oat fields in the wind. There are some almost abstract paintings of clouds at sea towards the end of the exhibition which are very modern in style. 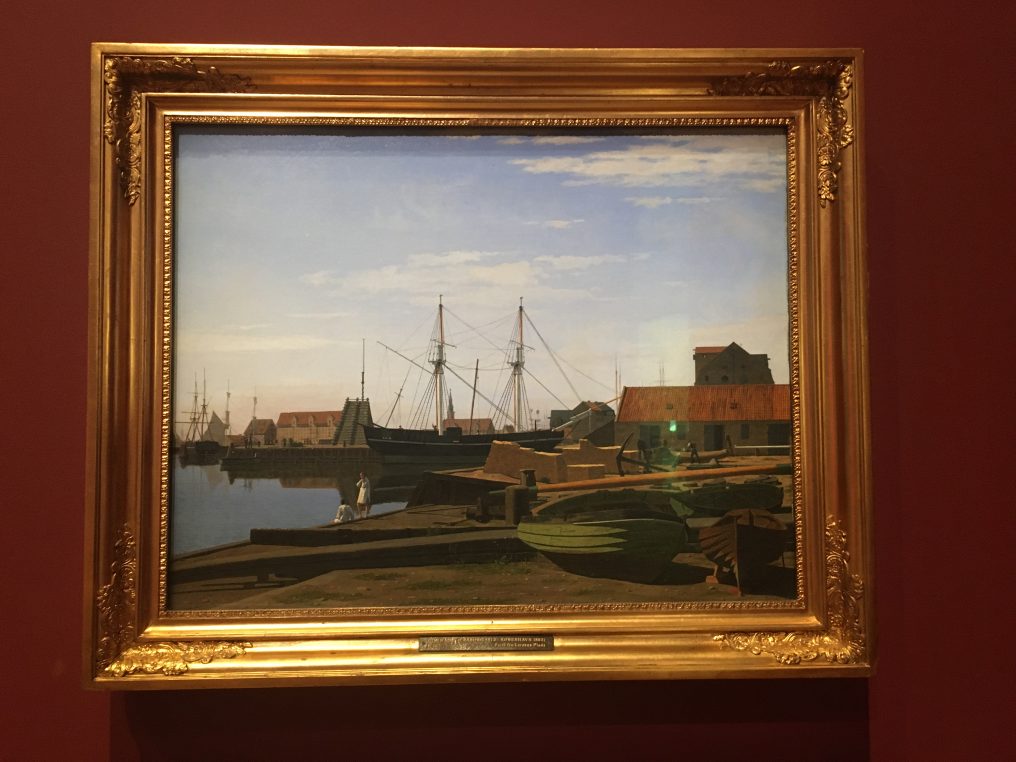 Visiting this show is like taking a bracing walk in the countryside, it is large but well scanded with rooms painted in different colors to show the diversity of themes. There are benches where you can sit and chat with a friend, and the whole atmosphere is very relaxing. Sometimes Northern people seem too strict to us the Latins of Europe, but there is a serenity in their style and manners which is very soothing. And this reaction of artistic febrility at a time when everything seemed to go wrong is a great historical lesson. We need art an creativity today also…

Until January 3 at Petit Palais.

2 Comments on ““The Golden Danish Age” at Petit Palais, is very pleasing”