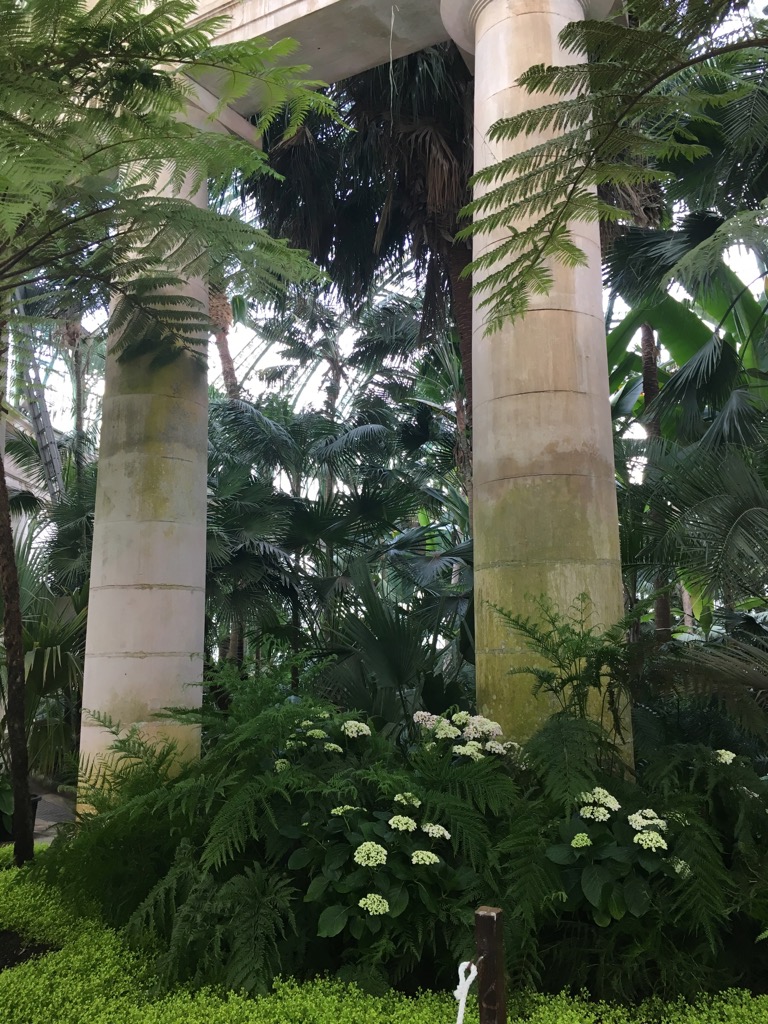 In the Winter garden, Royal parties take place between columns and palm trees 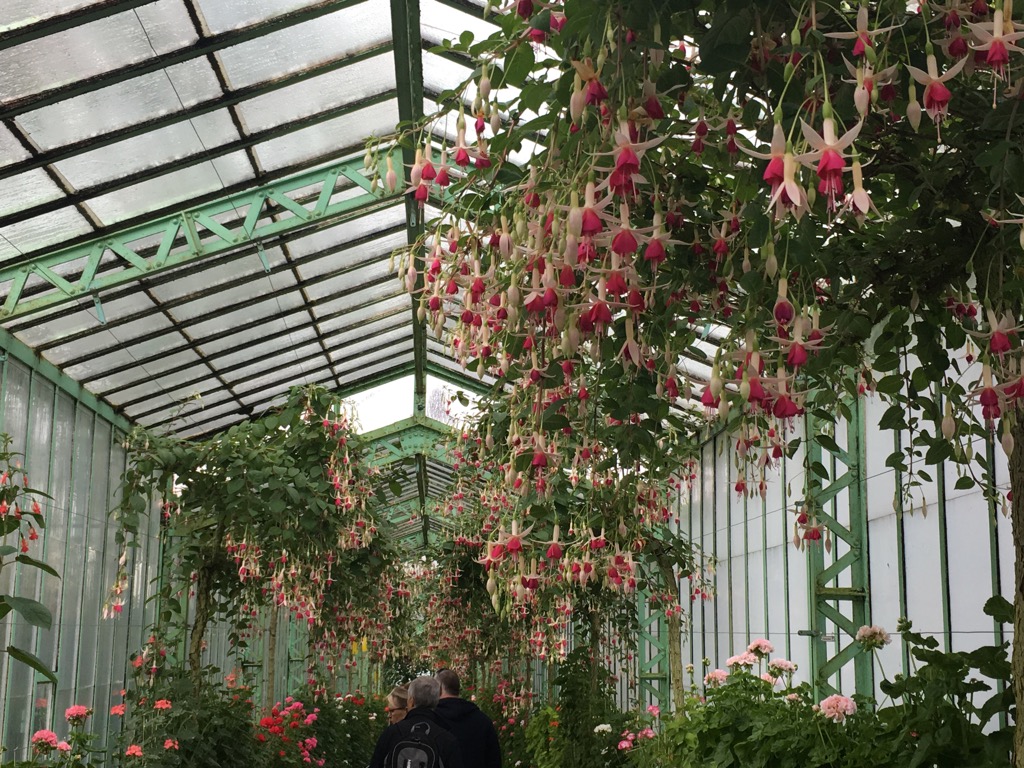 Once a year at the end of April and for three weeks only, the royal greenhouses of Laeken, are open to the public. I had never heard of them until a dear friend who recently setteld in Brussels, asked me to go with him. It was paradise for two hours. The sky was undecided but we headed for the Belgian royal palace anyway, happy to enter the mysterious universe, where King Philippe and his beautiful wife Queen Mathilde, raise their four children. 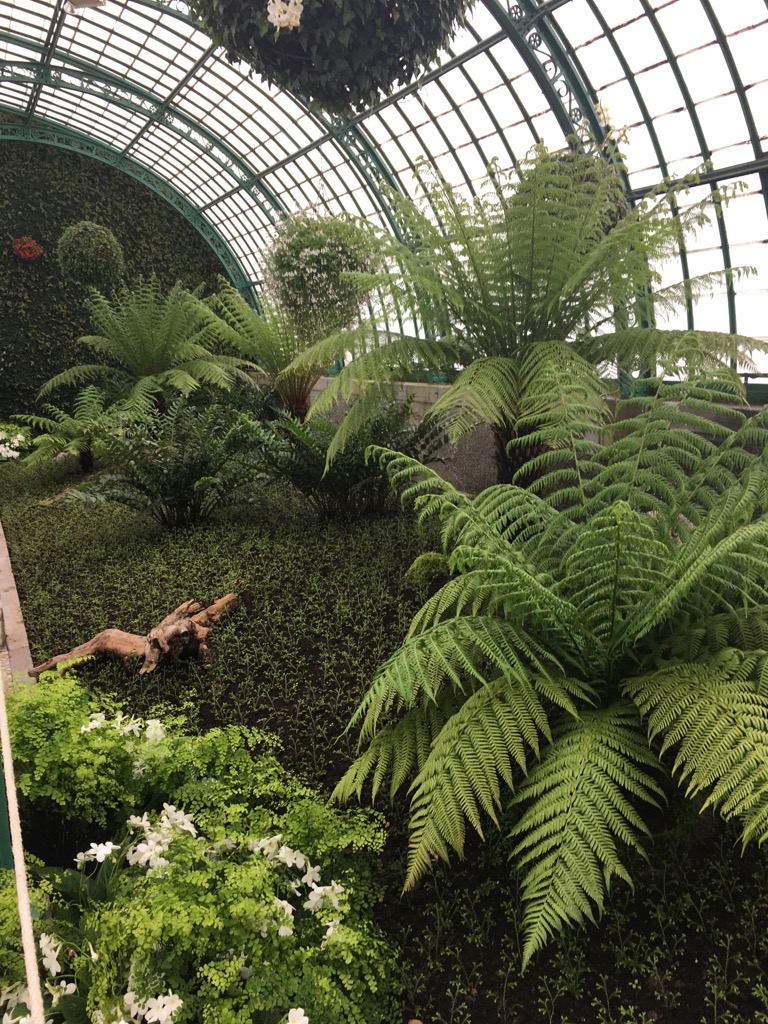 The fern green house is full of different green shades

Located on two hundred has (400 acres) in the city of Brussels, the greenhouses were built in 1874 by Leopold II, just after the Crystal Palace, and added on until 1905. What struck me the most was the 200 m long geranium greenhouse and of course the Jardin d’hiver with its huge round cupola, palm trees and columns. This is where some Royal birthdays and official parties are celebrated. 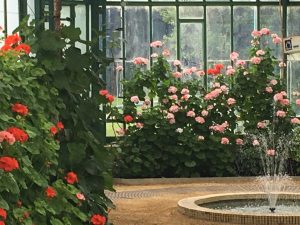 Climbing geraniums were a discovery

Already in the parking lot, huge magnolias of different shades of pinks and whites, give a glamorous feel to the visit. The numerous police officers and security guards are sweet, calm and smiling. We are at the heart of the Belgian monarchy, a month after the Mölenbeek terrorist attacks. Daffodils are out in the large park as well as forsythias and early pink rhododendrons. 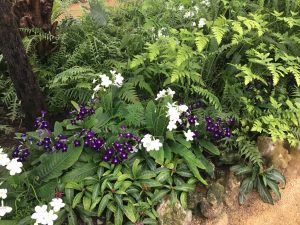 As we approach the majestuous greenhouses, the variety of trees and foliage appear. The park looks like the most beautiful Capability Brown landscape. A huge lawn with very, very old trees of different colors. In the distance, skyscrapers remind us that we are still in the city.

Once we have passed Queen Elizabeth’s art studio and the Palm tree pavilion, we enter the greenhouses and will meander in them for at least sixty minutes. Azaleas have all been prepared to look perfect for the next three weeks, as the multiple colored geraniums. Their “clashing” colors reminded me of Yves Saint Laurent who had chosen orange and shocking pink for his first Rive gauche logo. Bright red, orange, pale pink and strong purple geraniums accompanied our walk under dripping fuchsias. It was heavenly. 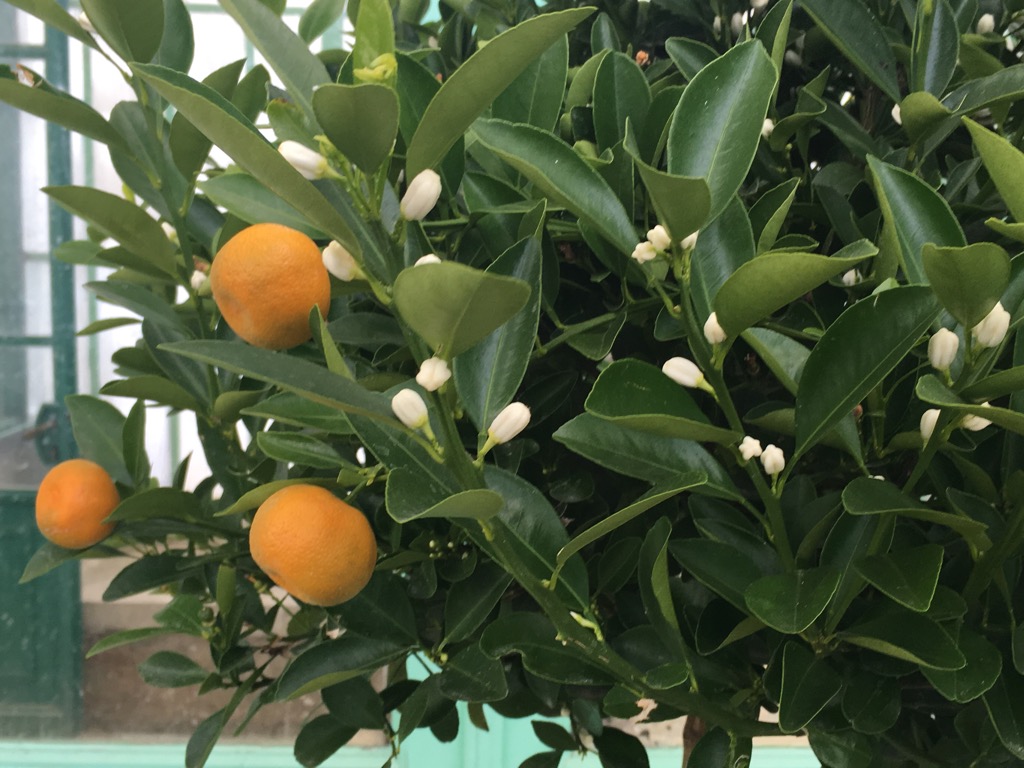 Tangerines were in fruit and in flower

Then we arrived to the Mirror greenhouse where ferns of all sorts rival in sizes. In the last one, the Winter garden, palm trees and columns are interlaced. The public seemed very knowledgeable. What struck me most was how young some of the visitors were  early on a Saturday morning. They spoke flemish and seemed passionate.

There is a similarity between Brits and Belgians. The wet climate and the passion for plants. And we sometimes felt like being at  Kew gardens. Do go if you can before May 6 th. (2.50€, Laeken Royal Palace) 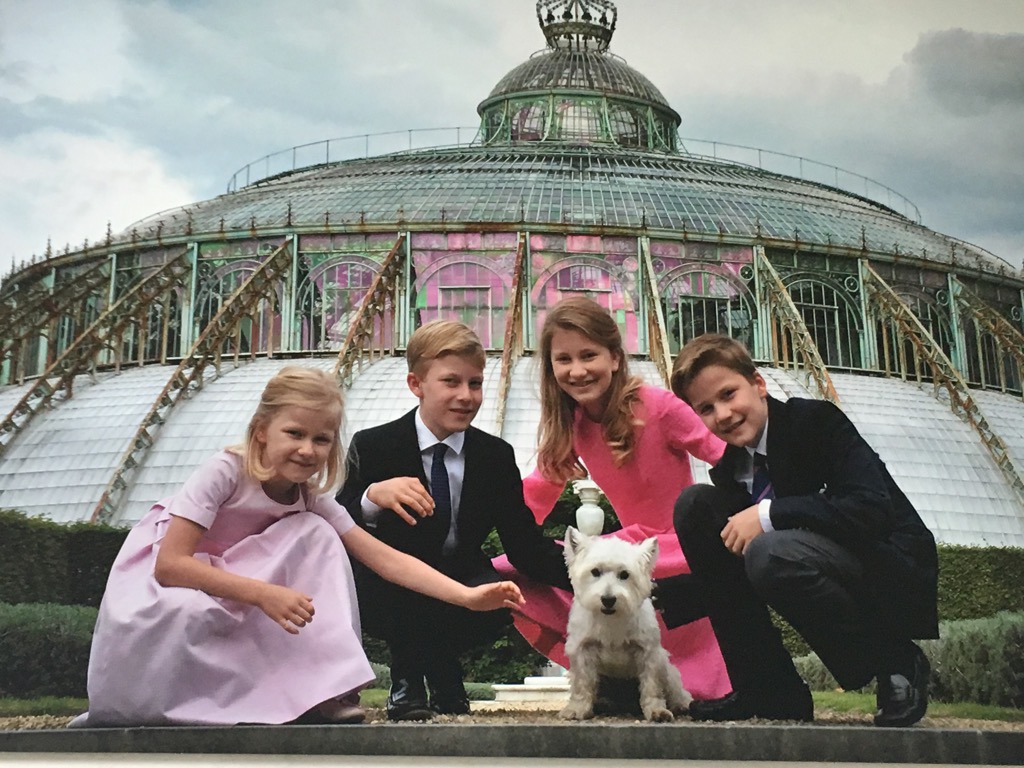