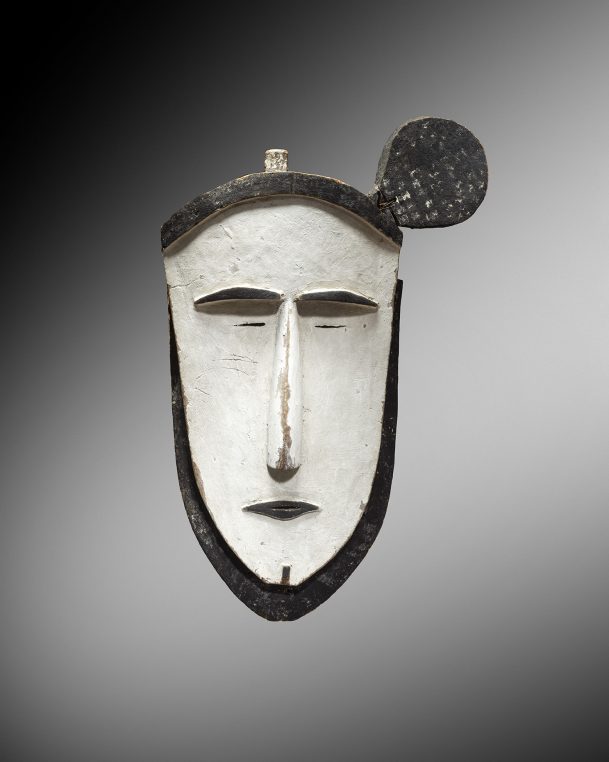 The catalog itself is a piece of art and the estimates of 1-2 million € modest apparently for some of the pieces from the Michel Périnet collection of African and Oceanian art, sold at Christie’s Paris by François de Ricqlès on June 23. Well known for his expertise as an auctioneer, Ricqlès was President of Christie’s France from 2010 to 2019 after performing the record sale of Hubert Goldet‘s collection in June 2001. He has now become an adviser, but picks up the hammer from time to time when the objects are exceptional. Michel Périnet started collecting Art Nouveau and René Lalique from his boutique on rue Danielle Casanova. Then he collected Pont Aven painters and Art décos furniture: his dragons armchair designed by Eileen Gray went on to have a life of its own when they hit the ceiling at the Yves Saint Laurent sale. He was very influenced by the couturier and collector Jacques Doucet. 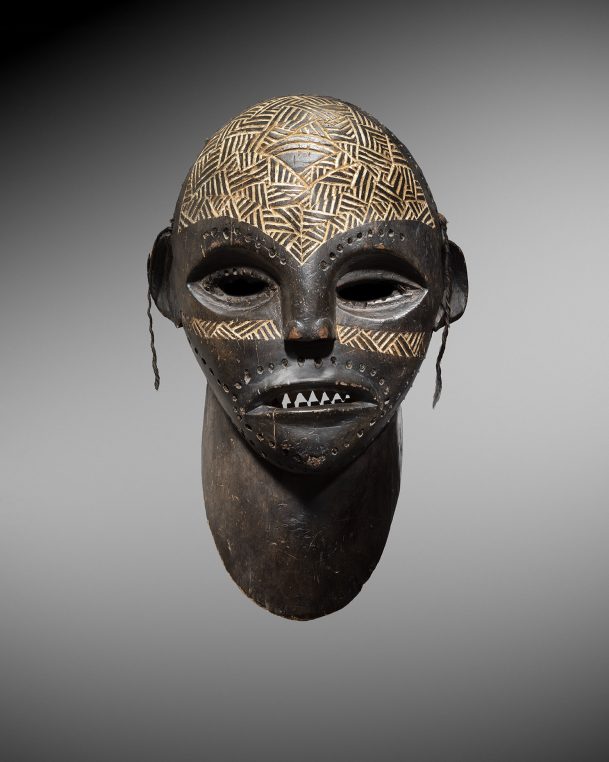 I read the catalog with great interest especially since I had never heard of this exceptional jeweler who started collecting African art by accident in London in 1967 and soon became one of the cherished clients of Alain de Monbrison, Lance Entwistle and other great experts. You don’t need to know much about African art, when you are confronted with such exceptional pieces and the 61 items in the auction are all duly described and explained by numerous art historians including Bernard Dulon. All three galleries are located one hundred meters from each other in the Latin quarter. Only one piece in the sale is Latin American, the figure of Xipe Totec which comes from Vera Cruz, Mexico. Another one, a Yup’ik mask comes from Alaska. 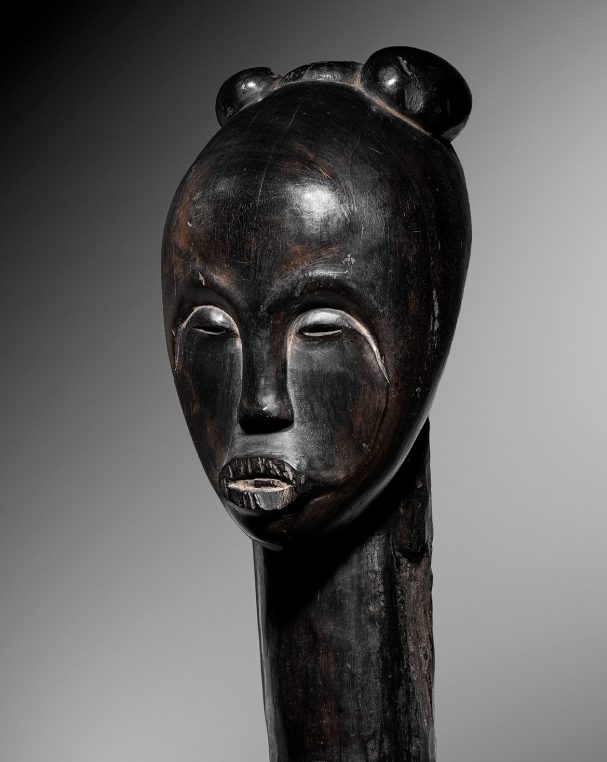 The “beast-man” Luba mask, is so rare that only ten of them have been recovered and their function is enigmatic. It could have played a role in men’s initiatory rituals. A Fang Head which belonged to Maurice de Vlaminck had not been seen since 1930. A Kota mask can be spotted on pictures in Jacques Doucet’s apartment. It was hanging next to Les Demoiselle d’Avignon by Picasso. Pierre Loti’s Mahongwe is here as is the Baga Nimba shoulder mask from Guinea estimated 800 000 to 1 200 000€. Helena Rubinstein’s Dan mask  from the Ivory Coast is also part f the auction as is the Rapa dance paddle from Easter Island,  which could have been acquired in 1774 by Captain Cook. These were “sweet potato fetishes” intended to protect the tuberous roots from drought and insects.

Musée du quai Branly Jacques Chirac has accustomed us to exceptional exhibitions but the accumulation and the quality of the items put at auctioneer  are especially exciting. 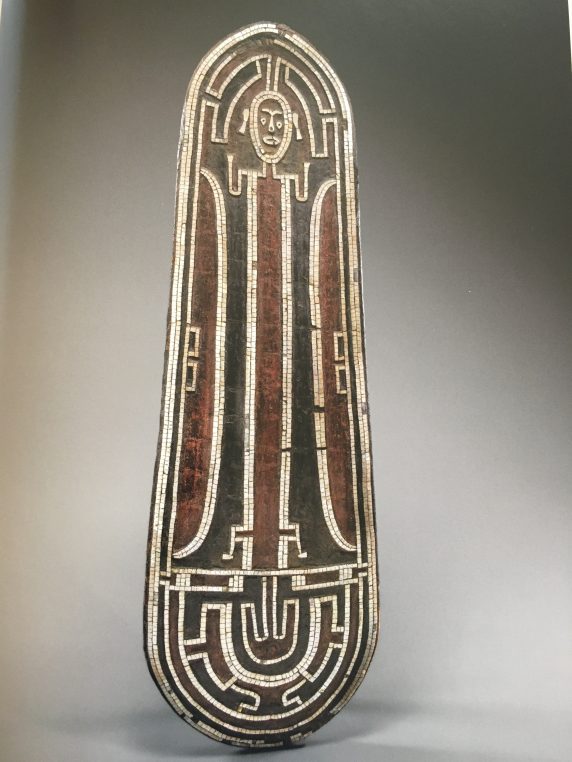 This Prestige shield from the Solomon Islands was acquired in 1989

A shield from the Salomon islands is visually very pleasing with its mother of pearl decor. Most known similar items are kept in museum’s collections. And the bibliography of each piece is very complete and one learns part of the history of Africa through the texts. There are a few more modest items like the Hopi Kachina Doll from Arizona (lot 29) and a Iatmu mask from Papua, New Guinea or a Barava Plaque from Choiseul Island in the Solomon Islands. (25 000€) 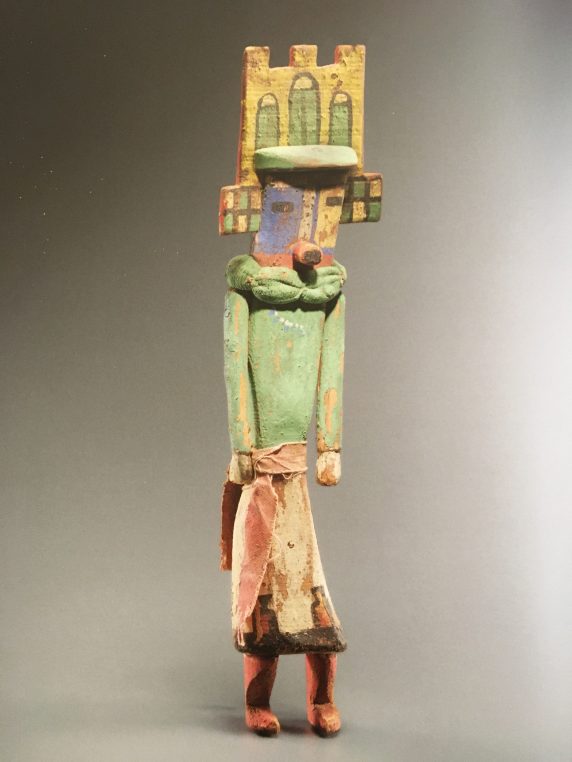 The sale will take place at 4 pm French time on June 23, at Christie’s, 9 avenue Matignon and the exhibition is from Saturday 19 to Wednesday 23 June.